Ring the bell. Do the dance. I’ve, like, never been so happy that the weekend is here.

Well, okay, yes I have but I’m dramatic and my world always revolves around what’s going on rightthisminute. In short… Friday, I love you.

I’ve got a last minute Thanksgiving dessert for your pretty little table! It’s layered and delicious and super easy despite the layers of deliciousness.

But oh wait. You’re probably over pumpkin since it’s been shoved in your face for the last three months. THANKS UNIVERSE.

That’s okay. I can finish this on my own. I love a bite of pumpkin pie on Thanksgiving but that’s where I leave it at: a bite. I’m not really interested in a whole slice. Now pumpkin cheesecake? That – I can eat a whole slice. Pumpkin s’mores cupcakes? I could handle one or two.

Speaking of chocolate, I’ve basically been living in a giant vat of ganache for the last two weeks and it started with this. Yesterday I made a bunch of ganache for cookies and today I think I’m just going to take a little swim in it. You know. Doggie paddle. So all you gotta do is make a few things and pour them into this crust. There is no baking. Just lots of layering. Lots of bowl licking. Lots of spatula slurping.

That sounds terrible. I apologize. 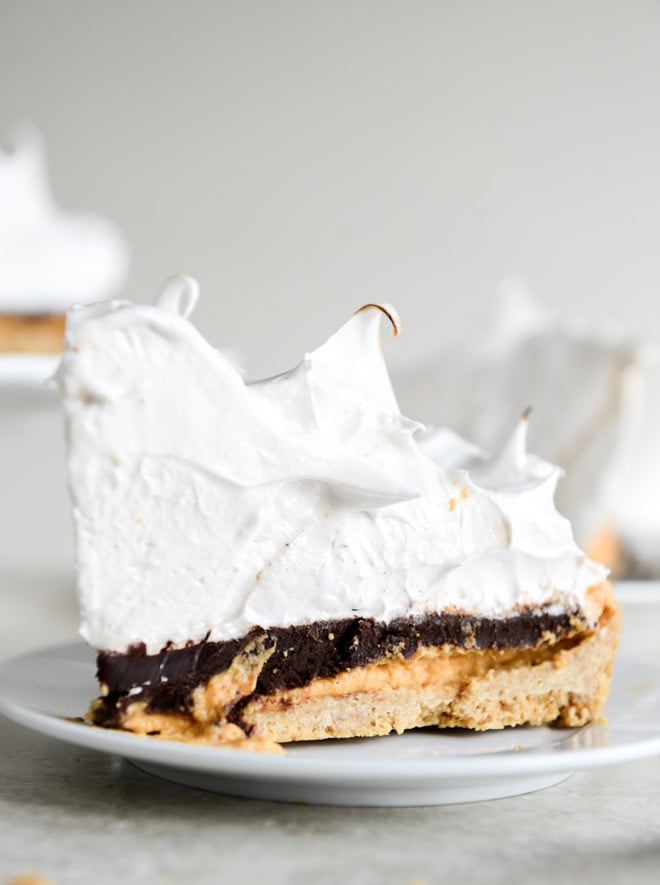 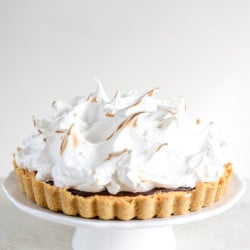