You know all I really want to do right now is scream OMG SPRINKLES and be done. Right? 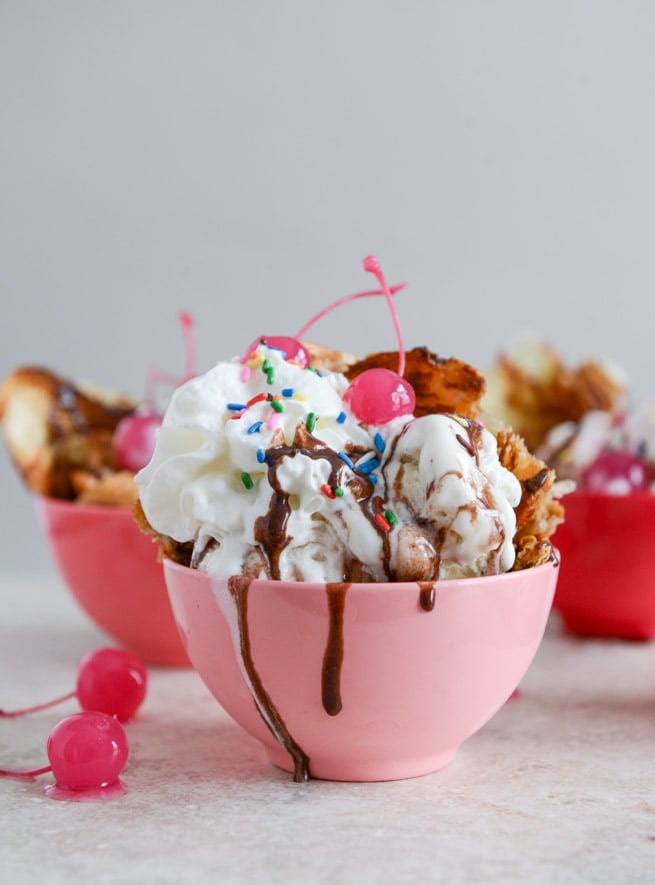 My inner five year old is flipping. Pink plus sprinkles plus ice cream plus chocolate plus CROISSANTS. Dead, I tell you. Dead.

I’ve had a special place in my heart for croissants since I was super young (like under the age of ten) because my grandma would always get me one from the Bread Box bakery in Boyne City. She created a monster, really. Flakey, buttery layers? Sign me up.

Oh oh – and a few years ago I actually MADE croissants (you can see the step by step pics here) and they are truly one of the few things that I HAD to remove from my home. Because I couldn’t stop eating them. Like they were so insanely delicious that I just could.not.stop. 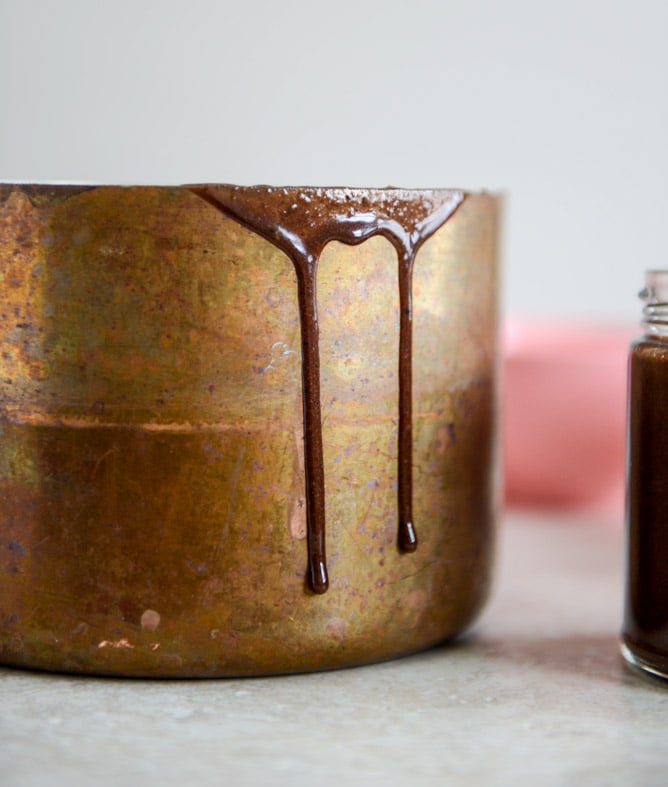 I didn’t really think that croissants could get any better (well, aside from the occasional stuffing with chocolate thing) but… I was wrong.

Because apparently you can fry them in butter. And make them crispy.

I feel like this is almost like that horrific deep fried butter on a stick that you occasionally hear about on the news every summer, but no where near as scary. If you’re not exactly sure how much butter goes into an actual croissant, let’s just leave it at “oodles.” A lot of butter. All the butter.

Crisping these things up? UGH. So freaking good. And then covering their warm crispiness with melty vanilla ice cream and boozy hot fudge and stuff. My giddiness was out of control. Even I don’t fully understand how color and overwhelming girly junk can get me so wound up. I’m like ten seconds away from decorating my kitchen in a sprinkle theme. Even better: the only other people who were in the room with us while he was performing were older than my parents. True story. It was wonderful though. It was like listening to all the music from Father of the Bride, but LIVE.  I don’t really love concerts (in addition to my taste in music, I have old person ears) but I can get down with this sort of thing.

Are we still friends? Probably not due to my elderly ways. The point is that we had a dessert there that consisted of a crispy croissant and ice cream. It wasn’t a sundae but I think they called it a sundae but it was served on a plate and who can serve an actual sundae ON A PLATE? No.

Hence the bowls. I don’t really remember what was going on but I remember crispy croissants. The most important part. If you’re not feeling everything red velvet and heart shaped, these little sundaes will do the trick. If you can’t wait for the day to be over, eat this for lunch. And maybe hot fudge milkshakes for dinner. You deserve it! Even if makes you feel like a kid again. « Previous PostReal Life Wednesday: I’m So Over You, Winter.
Next Post » Broiled Fontina Toasts with Roasted Garlic and Poached Eggs.