Maybe we can do both? We should. Banana blondies baffled me a bit. You know how when you add banana to anything – it tends to turn out fluffy and cakelike? Sort of like adding pumpkin to your favorite baked good?

I was adamant on making banana blondies that weren’t cake bars.

Here’s how I did it: the egg yolks and the brown sugar keep the bars a bit chewier. I only used two bananas so the cake texture didn’t take over the dessert. The result was a very slight cakey blondie, if you will. These aren’t super chewy like traditional blondies, however, they aren’t as cakey as these banana bread snack squares. They are the perfect blend of chewy and cakey bar. I’d say they lean more towards chewy. Eddie doesn’t really *get* the heavenly combination and neither does my dad. Which makes exactly zero sense to me.

Give me a jar of peanut butter, a bar of high-quality chocolate and a spoon as my weapon. Destruction will occur. 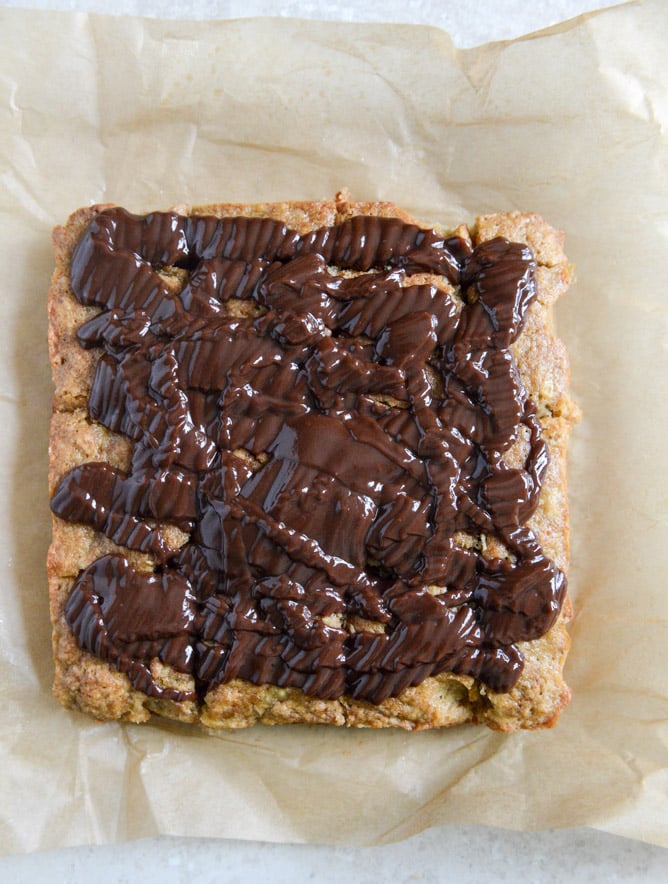 The only thing as fabulous as those two combos is combining them together once more. Banana. Chocolate. Peanut butter.

And maybe bacon. I won’t even go there. (in public.) 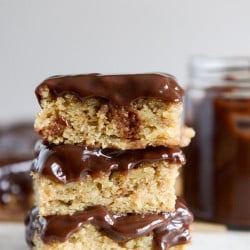 pretty sure these should be your weekend plans.