I realize that I may be taking my toast obsession a wee bit too far. I CAN’T QUIT THE EGGS.

It’s Monday and I have the most perfect lunch for you to ever exist in the universe.

But I mean, like, the most perfect lunch to ever exist in the universe that will take you a teeny amount of time to make in your kitch. And you can still have time to make a margarita because… Monday. I’ve already decided that today will be a whole heck of a lot better than yesterday because I completely bit it in the grocery store while juggling a loaf of bread, a pineapple and a block of white cheddar.

We are talking like crazy wipeout – a slip so big that I nearly tore my jeans and had five people running up to me asking if I was okay while all I wanted to do was remain sprawled on the floor in my own puddle of awkward clumsiness.

P.S. I’m sure it had nothing to do with the four-inch wedges I was wearing because that’s normal life.

Today is better than yesterday. 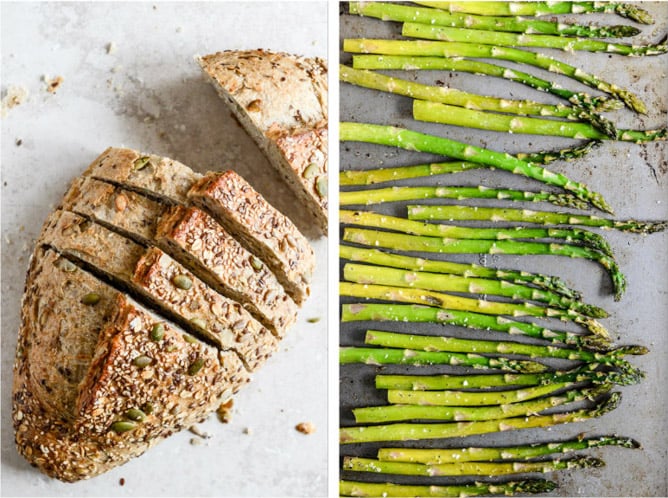 Do you have any idea how much I love the asparagus egg combo? Here’s a hint. Sometimes… I eat roasted asparagus for lunch with fried or poached eggs. Like, that is it. And it’s all I WANT to eat. I adore it that much. No bacon or toast or anything.

So that means that I lose my freaking mind over it, because if it’s enough for me to love my lunch? It’s a thing. And then to go add toast? Ha. I’m done.

Oh! Except I added some lemon garlic aioli on the toast first.

Yes. I know. Life is fabulous. 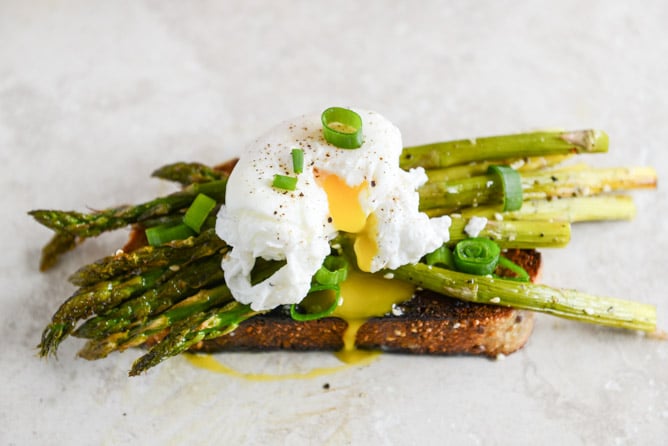 After I shared my last fontina-smothered roasted vegetable toasts with eggs, I thought I was done for a while. Well. I tried to be done. The list of things I will smash on toast is endless and diverse, so if I could have a blog of only things on toast? I’d do it.

But in the attempt to share all the different things I love to eat with my invisible internet friends, I’m at least trying to limit my toast “recipes” to once a month. Errr. Maybe twice. We shall see.

This isn’t any plain old asparagus. I like to roast it with toasted sesame oil and seeds – by far my favorite flavor to throw on the green stuff. It just WORKS.

Your perfect lunch is some thick and seedy toasted bread, a (rather heavy handed) drizzle of lemon garlic aioli, your sesame asparagus and a big fat egg. Cooked any way you like it. Even if you aren’t a runny yolk fan, hard boiled egg over asparagus is equally as fantastic. 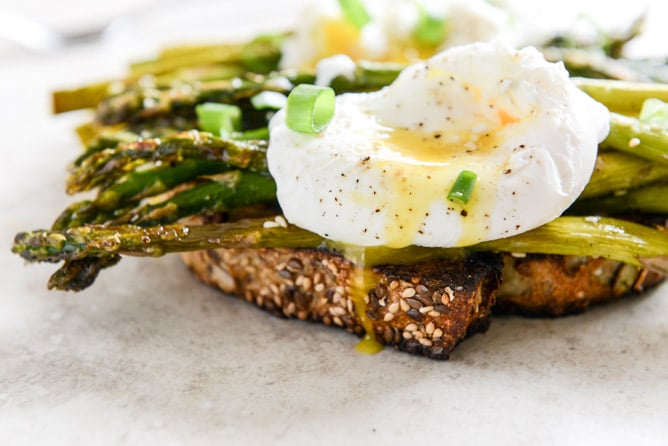