I am officially fah-reaking out about these scones. It’s everything you want inside of your omelet and more! Except it’s in a fat fluffy round of bread. With butter. 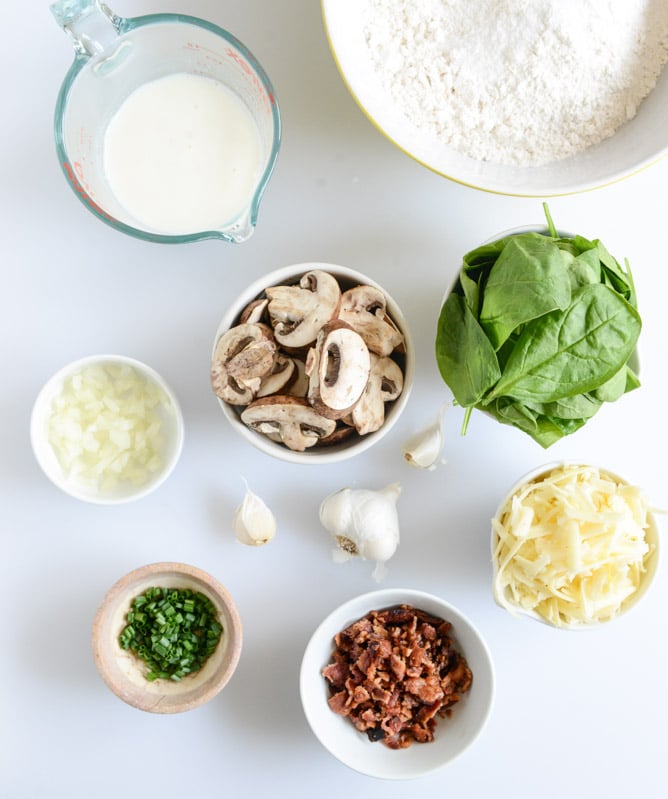 They weren’t my idea. Remember this pizza I made last summer, and how Lacy brought it to our house one night and I had to make it immediately? She ate a scone from the same place and was all “I just had an omelet scone, it was amazing and you need to make it.”

It doesn’t take much to sell me. SO. Here are all the omelet-like things in this scone. Except for eggs of course, because I thought that might be weird. So this is like omelet add-ins. Inside the doughy, butter goodness of the scone.  These scones are perfection and I won’t subject you to my rant on how I used to hate scones until finding this recipe. I’ve said it at least sixteen times.

These ones… have a ridiculous amount of flavor. Like sautéed garlic mushrooms, spinach, onions (kept raw for some crunch, that’s what I was told I had to do, but diced tiny so they aren’t offensive), chives, white cheddar and a boatload of bacon.  With all the butter and buttermilk that comes along with a good scone.

I can’t even help myself. Oh but wait. When Eddie ate one, he spread grape JAM on it! At first I thought he was insane and at first I think he assumed it was a biscuit. He loves scones and biscuits with jam and not really any other way, so after taking a plain bite, he smothered it in the pureed fruit. I dunno. Initially that sounded horrific but I can always get behind a good savory-sweet combo and have made plenty of egg sandwiches in my day with fig jam or apple butter or what not.

You definitely don’t NEED the jam though – as these are filled with so much fabulous flavor and the cheese gets all melty and you can just shovel one or two into your mouth because they’re ridic.

They may not look like much buuuut… they are pretty much my lifeline right now. 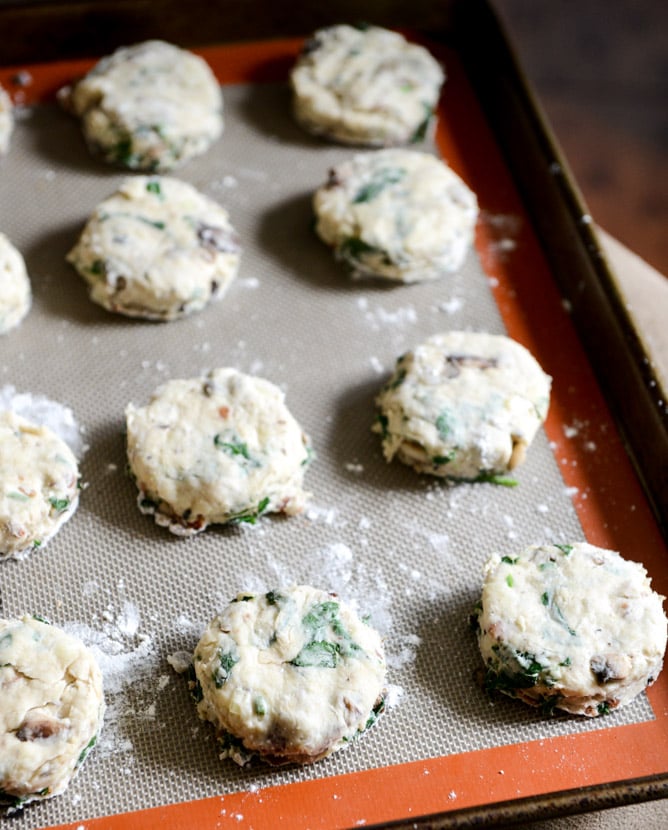 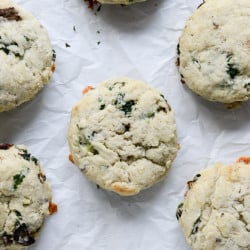 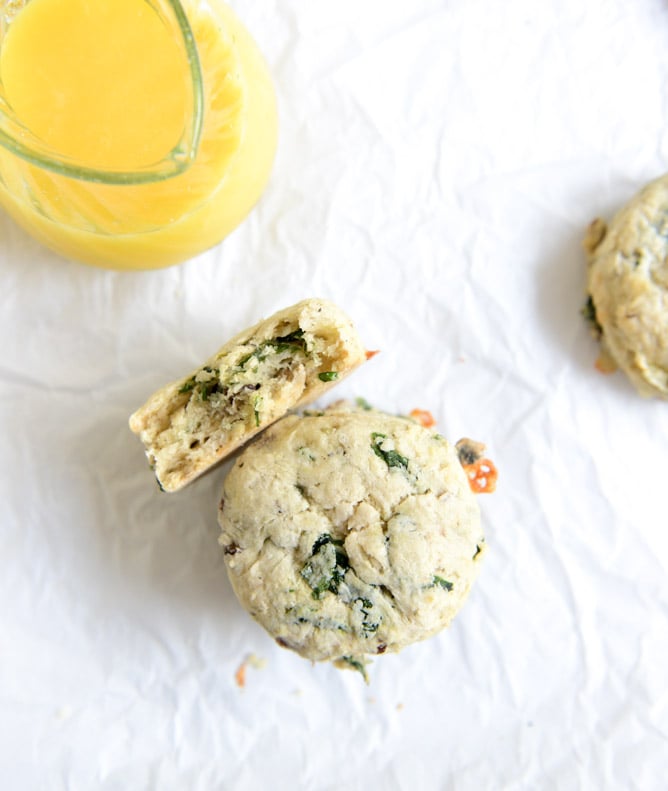