If I could do one thing right now it would be to crawl inside these cheesy layers and take a nap. 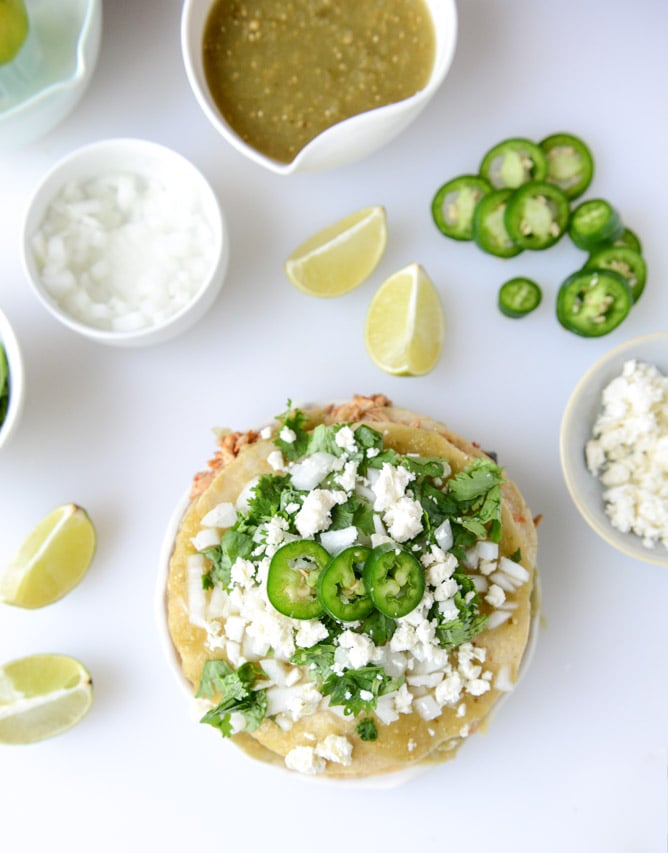 Really it’s just because last night (at midnight) we decided to wash our new sheets and make our new bed that finally came in because OMG it’s king-sized and truly a miracle that we have not killed each other in our sleep in the last six years. So much so that we literally could not go ONE MORE NIGHT without sleeping in this new space that is large enough to stretch every limb and maybe, just maybe, because if we spent one more night – or heck, one more minute – sleeping in the now-guest bed, we just wouldn’t survive. Convinced that marriage happiness is directly proportional to how large your bed is. Euphoria = king sized. It’s been FOR-EV-ER (sandlot style) since I shared a chicken recipe. Like really. Forever and ever. Or, precisely one and a half months. And another whole month before that. Let’s not sugar coat things: chicken has been the last thing I’ve wanted to eat. I’ve picked pork or beef over chicken lately – not to mention having some ahmayzing dishes made of those two glorious meats – and have done everything humanly possible to ignore my husband’s favorite main dish. Have completely lost count of how many rotisserie chickens we’ve bought over the last six months as it’s been my easy way out. I’m like… oh let me just toss some of this chicken (after I certainly refuse to shred it off the bone!) with pasta and sauce and here’s your dinner! That’s been my motto.

But. I think I’ve turned a corner, or at least this chicken here made me turn the corner. Hallelujah for corners. I’m nuts over this recipe, if only for the chicken. Which is crazy, since tacos are my life. But the chicken is marinated and then roasted with a ton of flavors and beer and peppers, then shredded. And it stays moist (nope, I cannot use another word) and tender when shredded. It can be used in ANYTHING.

I chose to put it in these tacos stacks. And no, I can’t really call them enchilada stacks or an enchilada bake (um hello, remember this old school version? Please don’t even look back that far again.) because I feel that using those words warrants some actual enchilada sauce. Which is not here. You can add it if you like, but I totally love dipping these perfect white corn tortillas in a hearty salsa verde. It gives them a bit of flavor and then you just pour the rest of the green stuff over top.

And the chicken has lots of cheese in it too.

And the topping is just a rip-off of my favorite easy taco topping – like you know those super juicy pork or short rib tacos you get from the best food truck in your area and they just have a sprinkle of diced sweet onion and cilantro and crumbled quesa fresco? Yeah that. Simply perfect!

I love that topping.

It almost doesn’t mesh with the chipotle chicken – I mean, it definitely does but at first you may not think so. It does though, it does I say. Complete flavor explosion.

Aren’t these also fun to eat? I think so. You could use 8-inch tortillas and make one large one, cutting it into triangles to serve. Or you can slice these tinier ones in half. Or you can eat them whole like the gluttonous fools that we are! So worth it. 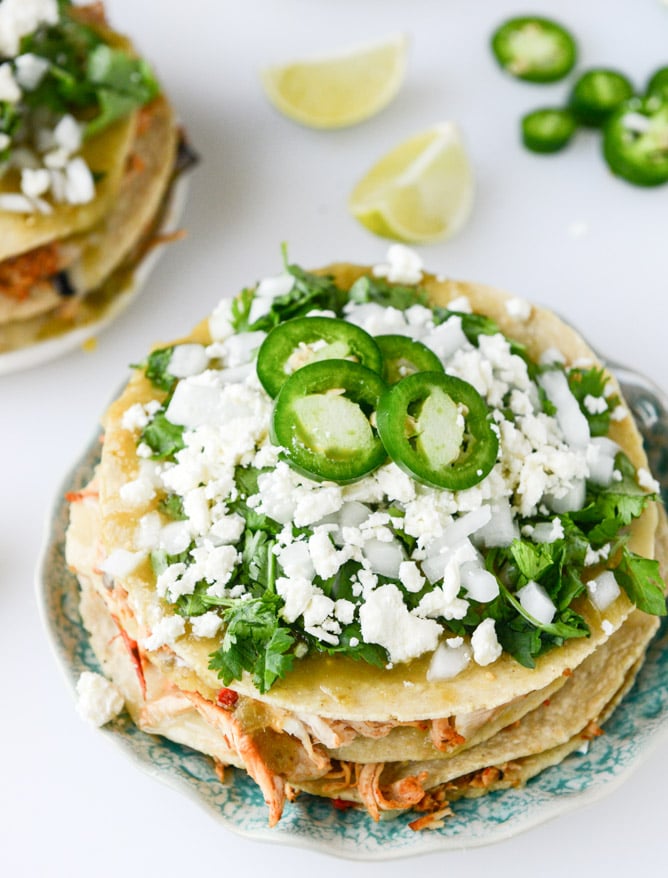 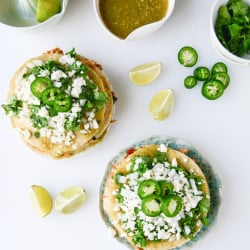 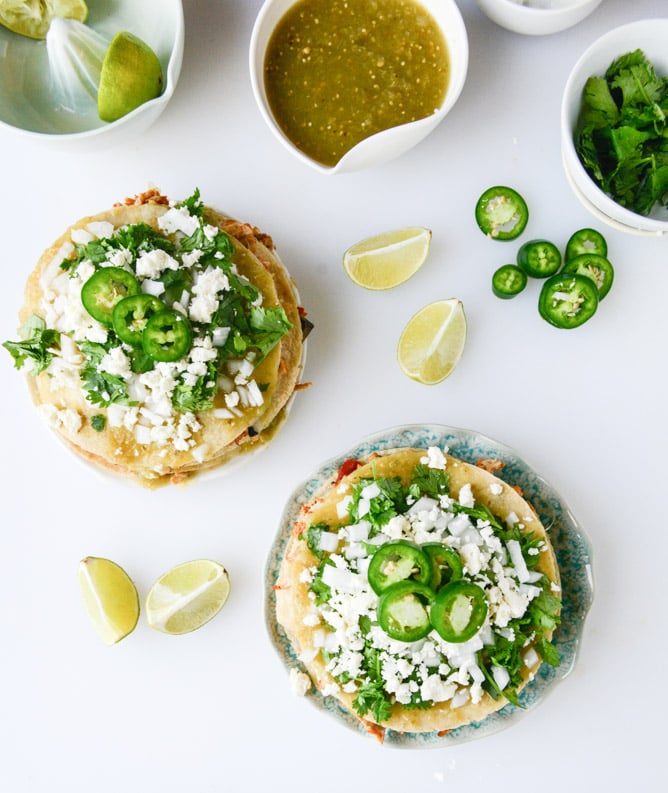