TODAY IS THE DAY!

Seriously Delish is officially out in stores and for sale… I can’t even believe my eyeballs. I might be in shock. And I can’t WAIT for you to see it! I’m so excited in the Jessie Spano kind of way. 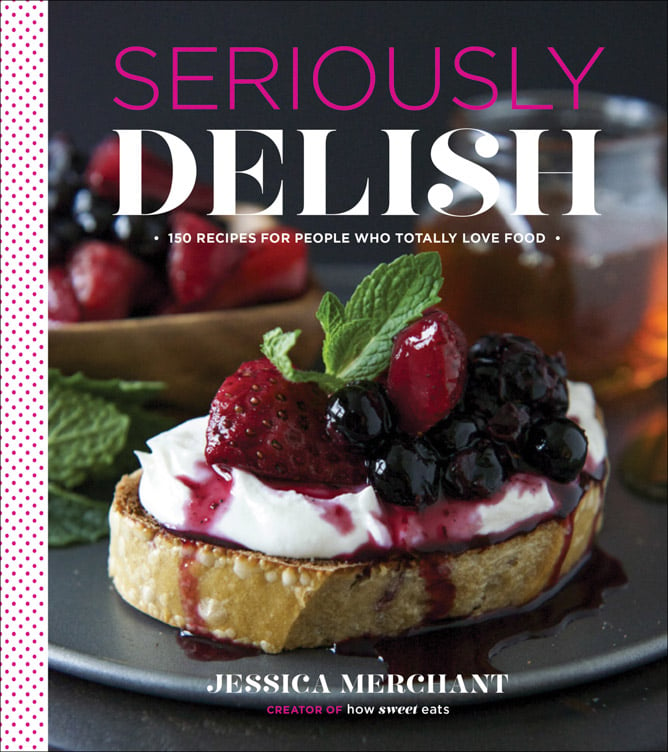 First off, THANK YOU! The ridiculous amount of love I have for every one of you that has landed on this blog has me floating on air right now. You guys are by far the #1 reason I wrote this book, put these recipes onto the page and have massive heartichoke inducing-anxiety while I wonder if the book is enough.

Let’s talk about what a jumble of emotions I am. I’m probably currently on a plane to Florida right now (if you’re in the Tampa area, come to the signing tonight!) after waking up at like 4AM and most likely getting no sleep before that anyway. I kept saying to Eddie last night, “I just feel so WEIRD. Like just… so weird.” I couldn’t quite put it into words, but in a way it felt like things with the book were 1. just beginning but also 2. almost over. Does that make sense? Do I EVER make sense? Nah.

It’s a crazy thing for something that you’ve worked on for years to finally be in other hands – in other homes, on other e-readers and in front of faces. It’s super scary too. The recipe development process was by far the most difficult thing for me EVER EVER. Probably because I’m a product of this god-awful internet generation that is used to instantaneous responses and getting everything rightthissingleminute. But also because I get bored so super easily and love changing up my usual dishes.

I’m totally the person that finds the best brownie recipe in the world and then spends another three years looking for an even better one. Yep yep. 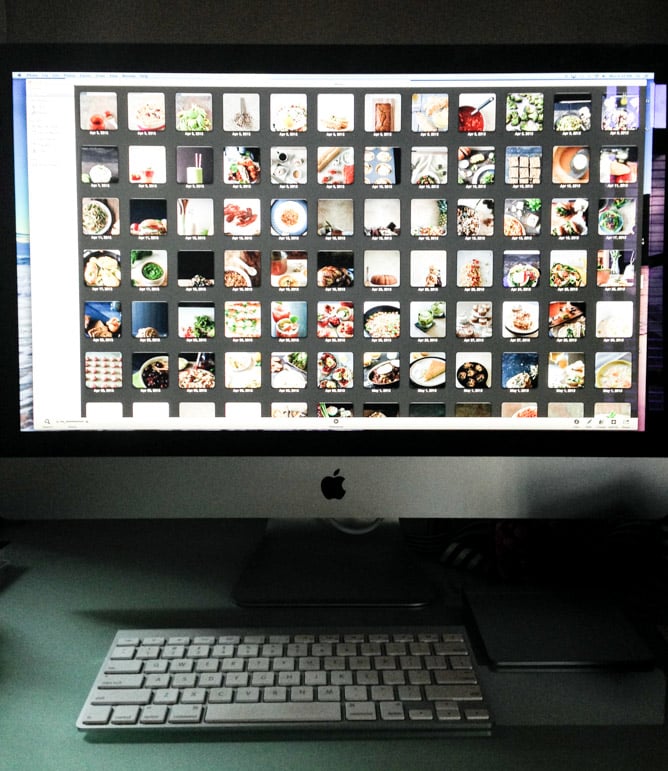 It’s safe to say that in 2012, I had 200 recipes DOWN. I was ready. They were book solid, ready to go. Yet six months later I found myself not caring about a third of them, finding them not fabulous enough and going through the process over and over. I think by the end of the book writing process I cycled through 300-400 recipes before deeming the 150+ that were appropriate.

Oh hi. Here’s a sneak peek of how I turned my house into a disaster zone for months on end. I no longer live in that house, but I took photos all sorts of which ways and destroyed the house daily. The cleanup process every night was WRETCHED. It was truly terrible. We don’t want to know how many times I ran the dishwasher daily and did loads and loads of dishes by hand. Remember when I shared this on instagram? It was one of the final photos I took – or should I say, REtook. Considering I also went through the not-liking-any-pictures-I-took phase nine months later and retaking a ton.

Something I would not recommend, nor would I ever do again: doing a cookbook all by yourself. This was dumb of me. It was very difficult and ideally I’m sure I would have worked better if I had put together a team, even if the only thing that team did was dishes. However, at the same time, I can fully tell you that this book is ME. I took every food photo, wrote every work, missed every typo and consumed all the calories. It seems so long ago and like yesterday at the same time. It was HARD. We are talking literal blood, sweat and tears. That makes it all worth it.

And I have to say that in the last week or so, you all have made it so worth it. Seeing your instagrams and tweets and facebook posts and reading your emails sharing the excitement of how the book has landed on your doorstep has kept me going. Would you believe that I’ve had the book for a few months but can barely look through it? It’s that whole I-hate-my-own-work thing, coupled with the feelings of “this is old news” because it’s been in my face for months on end. I’ve been scared that the recipes aren’t creative enough, that after hours (maybe actual days?) of testing that something will fail, that it won’t be enough for me or anyone else who has been able to stomach my rambling for five years. THANK YOU for making this week wonderful and allowing me to be less of a neurotic lunatic. It means the world. So there is that. Today is the day and the book is OUT! I am hoping I get to meet so many of you and squeeze the heck out of you for changing my life and making the last five years so memorable for me. Don’t forget to check out the book tour page, especially because I may be updating it with times and dates!

Words can’t describe just exactly what I would do if you’d go to your local bookstore and buy up every copy. You know. Just sayin.’ In the meantime, you can order today from amazon, barnes + noble or indiebound – or find the book where ever books are sold… and will have your copy in your hands shortly! Also, if you ordered before August 1st and sent in your confirmation for a bookplate, your signed plate will be arriving soon! I’ve had many concerns that you’ve received your book and it’s not signed – remember that a signed plate is a plated sticker to stick inside your book. It ships directly from us – if there was a way that I could have snuck into the amazon and b + n warehouse and signed all the copies, I totally would have. I’ve signed… quite a bunch – so they are coming. You are the bees knees. THANK YOU!

Finally, make sure to instagram your photos of the dishes you’ve made from Seriously Delish with the hashtag #howsweeteats and tag me. You can also share a pic on twitter or post one to the how sweet eats facebook. I want to see EVERYTHING you are making!

Okay that is all for now. I love your guts and you mean the world to me.