The Most Addicting Sweet and Spicy Homemade Snack Mix. (with bacon fat popcorn!) 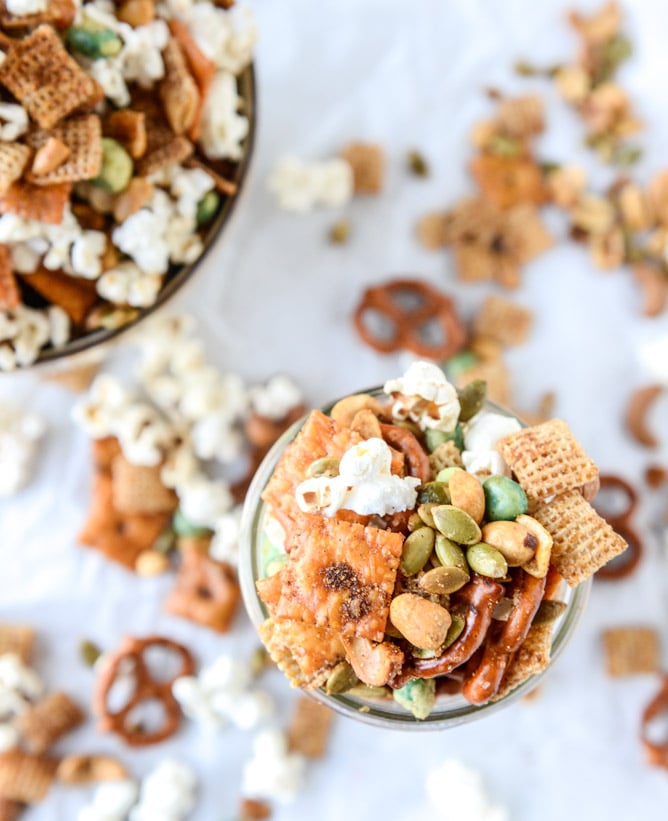 Let’s talk about the night that I ate snack mix for dinner.

In fact, now that I think about it, I ate snack mix for lunch, snack AND dinner.

This stuff is ridiculously addicting. As a side note, I also had a good dude-I’m-10-months-pregnant-week and ate bacon popcorn for dinner. A lot. 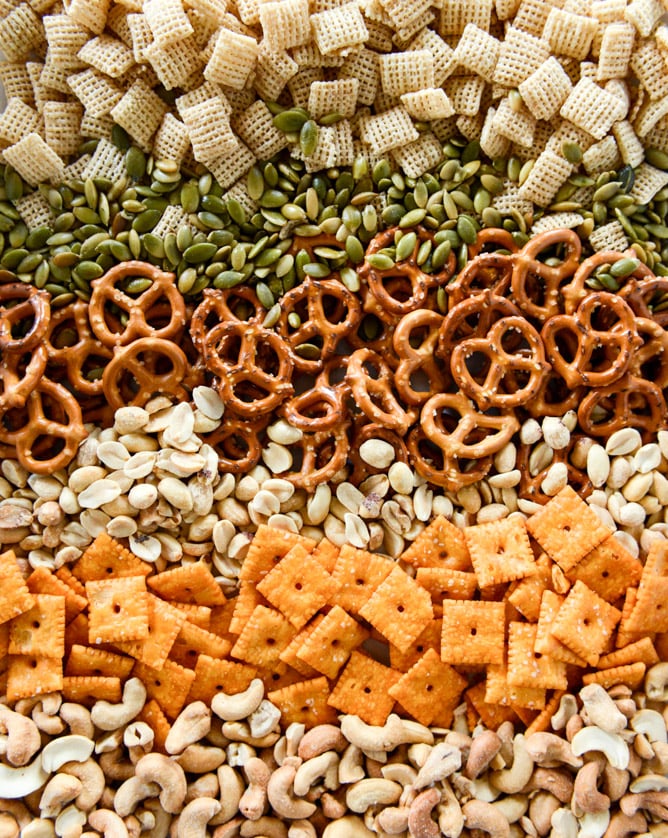 Last year was my first attempt (or, at least my first attempt since fifth grade) making a homemade snack mix of some kind. I made a pretty good batch, a rather atrocious one that stayed soggy for it’s entire life, a buffalo flavored one (it was… meh) and a BBQ one (really awesome!).

I knew that this year I wanted to try and make a killer version – mostly because it would serve as the perfect little party appetizer and snack, would work as homemade gifts and would sustain me through the month of December while I eat cheese and crackers and hold a newborn.

At least I got that last part right. I like to think of there being two different components to this mix: we have the snack mix that contains the pretzels, nuts, chex, cheez-its (omg mandatory) and what not. Then we have the bacon fat popcorn.

I LOVE mixing the two together. The popcorn takes on some of the spice, it’s a completely different texture from the rest of the crunchy bits, um, it’s tastes insane because it’s popped in freaking bacon fat and and and did you know that popcorn is a whole grain?

Yeah yeah, so this is healthy. My only suggestion is that when serving, pop your popcorn right before and toss (you can even make a microwaved version in a pinch) just because popcorn can get rather soggy if it sits, you know? Or package the two separately, give them as a gift with the directions to mix and try not to eat the entire batch on the way to your friend’s house.

OR… make a huge batch and sit at home and stuff your face. With friends. Or not.

We’re in this together. 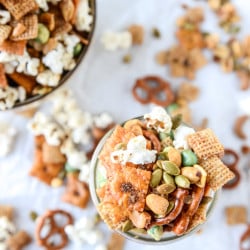 The Most Addicting Homemade Snack Mix 44 Comments on “The Most Addicting Sweet and Spicy Homemade Snack Mix. (with bacon fat popcorn!)”