I want to cook you dinner. 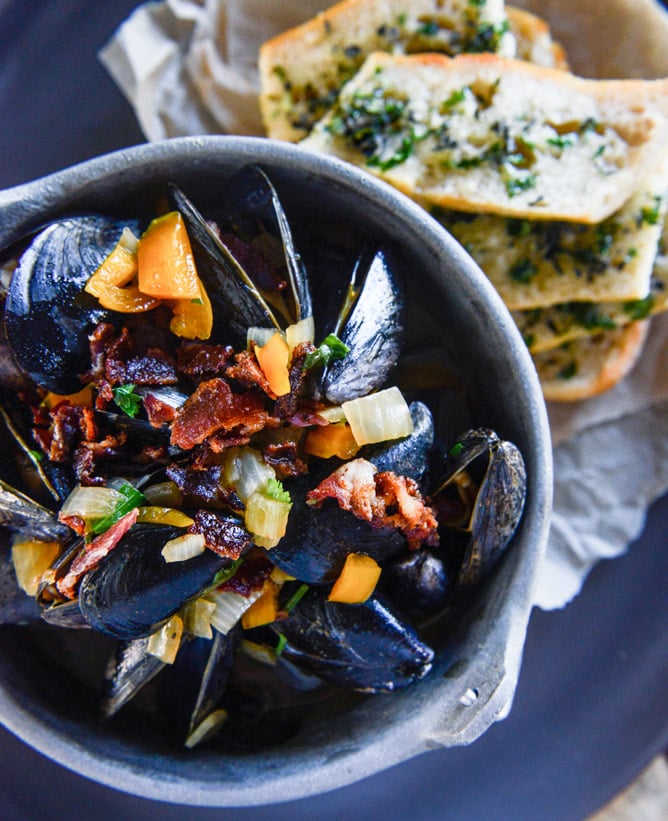 Like a cheese plate and crostinis and a little salad and brownies.

And maybe a gigantic pot of mussels that we drink with the coldest pinot grigio ever. With piles of perfectly toasted bread that is smothered in butter and ideal for dipping in broth. 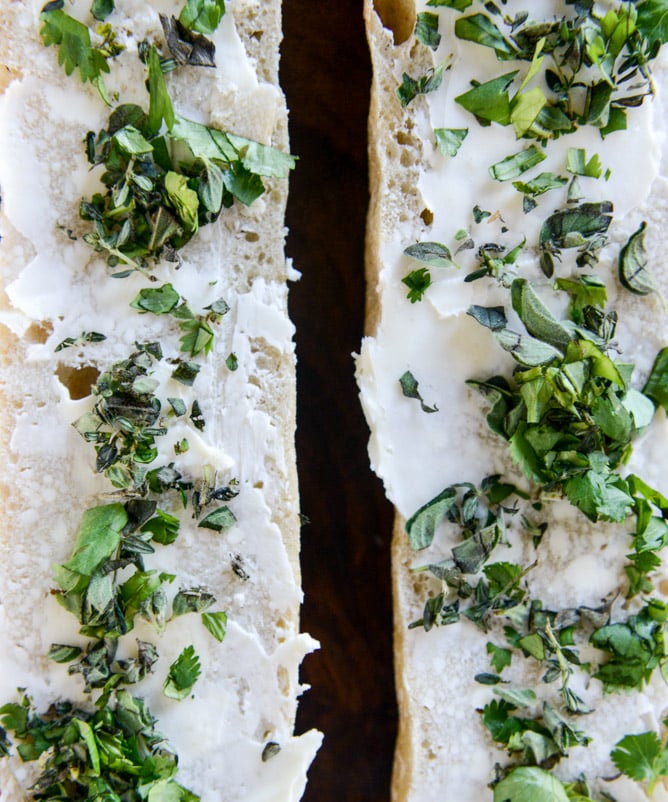 Bacon AND mussels. Together. In a pot! With beer!

I don’t even know what else I want in life. Besides more bread. One of my favorite recipes from last year? These thai coconut curry mussels. GAH. They are so, so good. So simple. Have ridiculous amounts of flavor and can easily be made to feed a crowd.

So I’ve wanted to do another spin on mussels forrrr ev errr and this is where I ended up. I needed two things: lots of brothy goodness and buttery baguettes. I require bread for dipping. It’s mandatory. Also! What are you making for the super bowl? I don’t even know if I’m watching the super bowl, but but but – here are 200 killer recipes for football food. And tomorrow or early next week I am sharing one heck of a delicious dip.

Delicious. Is delicious SO over? Was it so over in, like, 2005? I don’t know what else to say except for… delectable?

These are SO delectable. 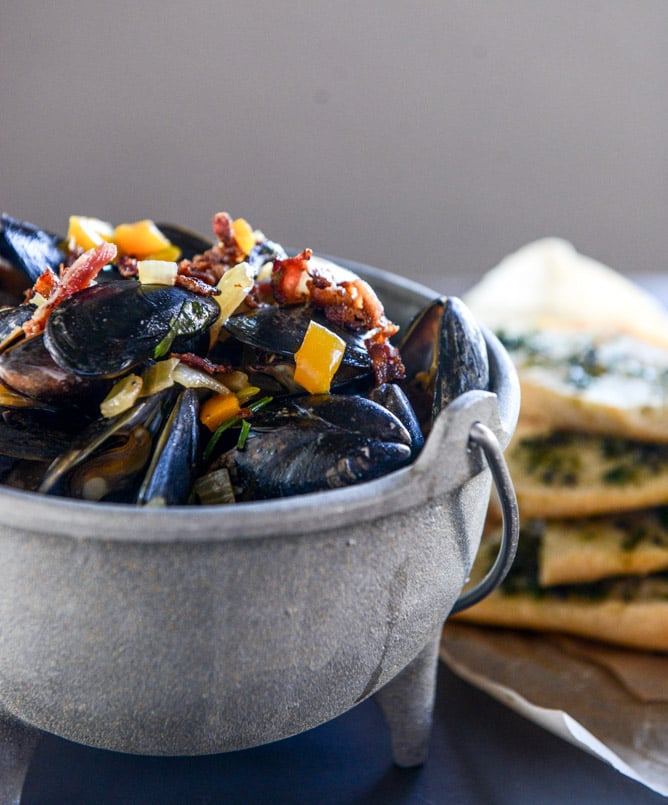 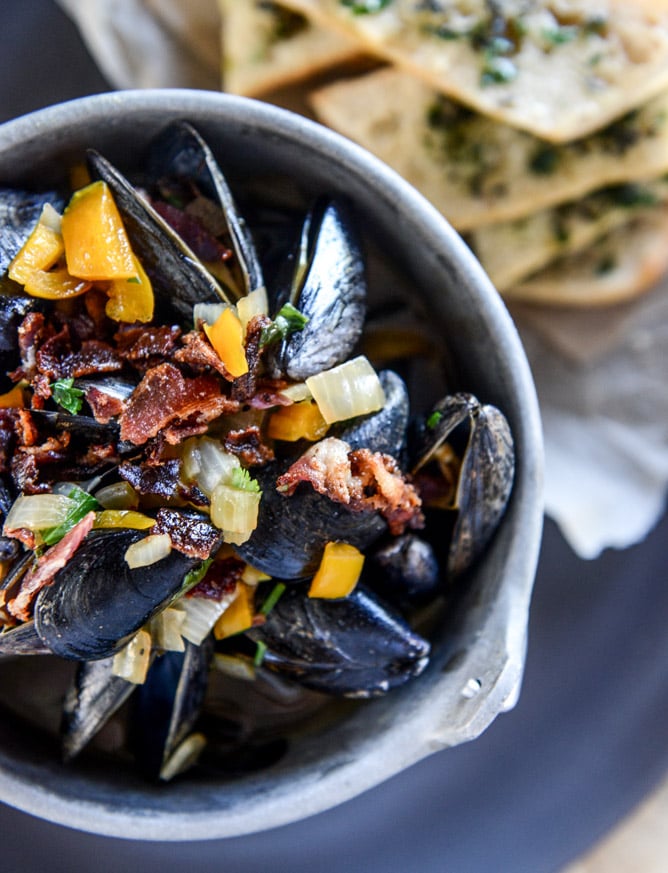