YOU GUYS. This dip. There are no words. Except that there will probably be about 700 of them by the time I get finished with this. Hashtag wordy girl problems.

So. Growing up, Mother Lovett was the queen of dips. My mom was not far behind. And we are not talking homemade dips. Like the dips in plastic tubs from the grocery stored adorned with delicious labels such as horseradish bacon, blue cheese, ranch and French onion. There were often three flavors open at any given time, one of which was probably expired (ML said it was cool though – this is the woman who had an unused bottle of soy sauce that expired in 1979… in 2008) and quite the array of chips stocked away in a kitchen cabinet. It wasn’t a trip to grandma’s unless chips and dip could be found on the counter! Duh. The late 80s and early 90s were made for chips, dip (was I allowed to say “heluva” on the dip container since it included a BAD WORD), figuring out how to have my own babysitter’s club without actually babysitting and kicking back in my jelly shoes. 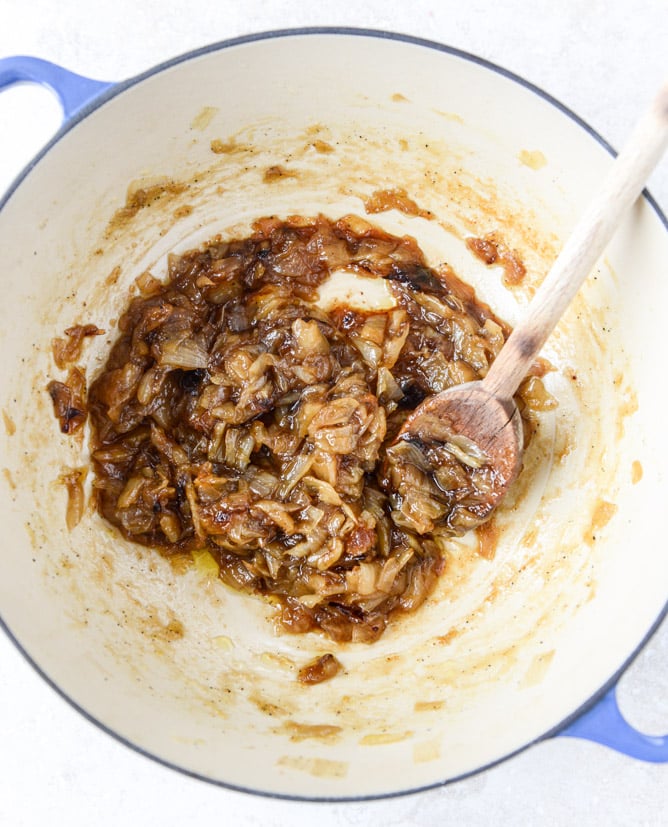 2015 is all about chips, (homemade) dip, wishing I had that babysitter’s club years ago since I’m clueless and now have an actual baby and trying to figure out WTF people are doing in jelly shoes today. At least flat jelly shoes.

Now jelly heels? I can get behind. Most normal people would serve stunningly vibrant, fresh and crisp vegetables with a rich dip like this. Like gorgeous purples and pinks and greens and oranges and… and…

I made some herby buttery baguettes! They’re dreamy. Addictive. It’s super hard to not eat four of them before they make their dip debut. Take said bread. Spread it with softened butter mixed with herbs and sea salt and broil until toasty. The butter kind of browns too. Try not to eat entire loaf. If you find it impossible, we are kindred spirits. This is not my first trip into onion dip territory. I’ve made a full greek yogurt version before (complete with Mother Lovett’s dip obsession) and happen to make it often. And it’s great. It is exactly as it sounds – a delicious greek yogurt dip with caramelized onions.

I caramelized these onions for an eternity. Or for like two hours. Actually, four hours, but who is counting? Besides me. I’m counting.

It only takes two, for sure – if you want to go the extra two, it just means more delicious sugar and caramel flavor. I went the extra two by accident. By exhaustion accident. And after all that business, the super high maintenance caramelization process, you’re going to puree the heck out of the onions. The HECK. It’s like onion syrup. But in a good way.

And then you will puree cream cheese and yogurt and fabulous things that translate to so much flavor. Oh mylanta. It’s ridiculous. Now, I really, really loved that butternut goat cheese dip I made a few weeks ago. I really love this white pizza dip. This honey blue cheese fig dip knocks it out of the park.

Buuuuut I might venture to say that this French onion dip is my favorite dips out of all the dips. It is seriously PACKED with flavor. It’s thick and rich and creamy and tastes like all sorts of delicious nostalgia. You can make it the day before – in fact, it gets better once it sits over night. It’s cold, so it will be awesome all summer. And spring. And every season.

In other words, this dip has super powers. 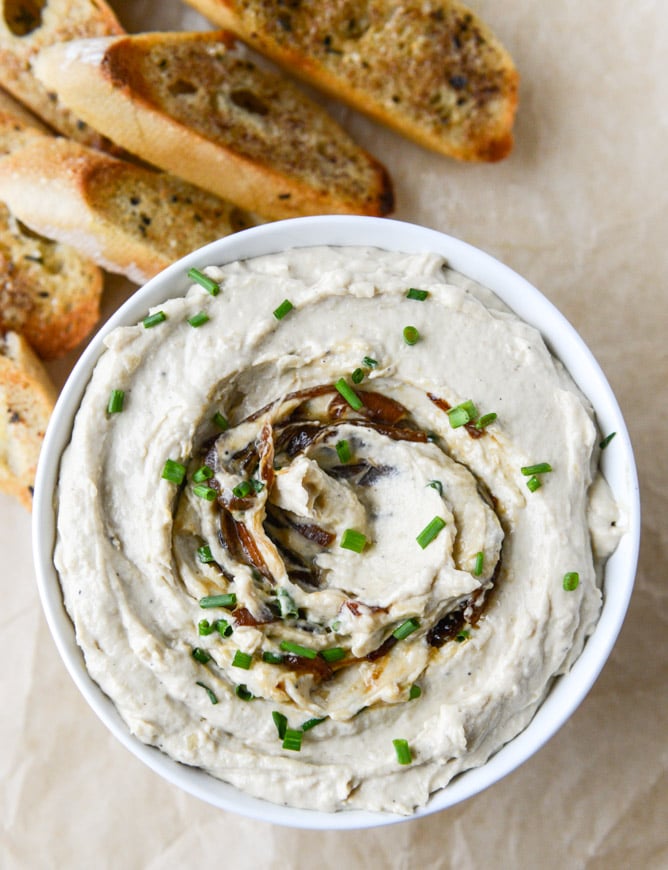 You could maybe mistake this for french onion ice cream? Okay too far. Too far.