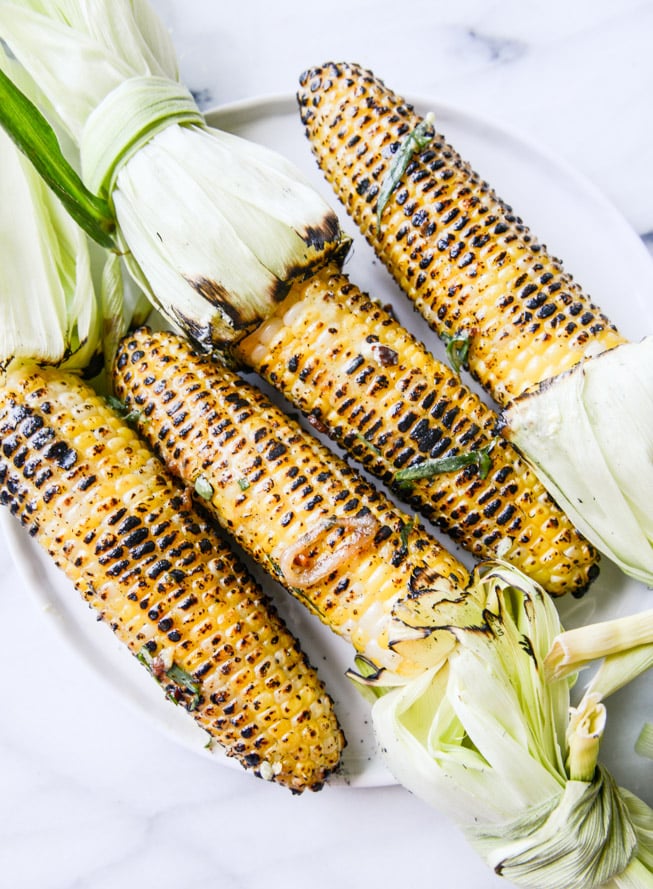 I know I know I know. You’re probably thinking that I’ve reeeeeeally gone off the deep end this time. Mustard in butter?

Yes. Mustard in butter. It’s a thing. Err, I’m making it a thing. For all of your extra mustard freaks out there like me, this is for you. A new and straight up cahhhrazy way to use it. And for all you mustard haters (like Eddie, whomp whomp), tomorrow, maybe we talk ice cream? So do you think it’s genetic to crave briney and delicious things like mustards and pickles and olives and vinegars? Yes, we always discuss this but in my world I’ve really come across two people: those who go nutso over briney goodness and those that don’t love it. To which I must ask myself: HOW.

I mean you are talking to a girl who could come home from middle school and snack on a bowl of olives. And then I would eat cheese slices dipped in mustard. Is this a thing?

I kind of like to think of myself as a mustard aficionado. Maybe not that fancy (let’s be real), but there isn’t a mustard I won’t try and I’m pretty sure that making my own mustard was on my (pretend) bucket list this summer? I’ve been doing some recipe development for French’s and before I even started working with them, I saw that new yellow mustards were going to be released. Sweet AND spicy! Eeeeep. As a strict mustard-only-on-my-hot-dog girl (unless the options include bacon and grilled onions and maybe… cheese), my giddiness was out of control.

Then they sent me the mustards. A bit old package of love, filled with French’s Sweet Yellow mustard and French’s Spicy Yellow mustard. It’s like their regular mustard but… better? One has brown sugar for some sweetness, the other has cayenne for some heat.

Let me just say that these have been the highlight of our cookouts this summer. I unabashedly packed them to bring on vacation.

That went over really well. I knew that I wanted to do something different with the mustards (thought a freakishly toppings-loaded hot dog did cross my mind), and since I’m so basic and can’t stop grilling corn… new herby compound butters were born.

For the sweet, we have blue cheese, fresh basil and caramelized shallots. And a drizzle of the French’s sweet mustard.

For the spicy, we have bacon, fresh tarragon and roasted garlic. Then a drizzle of French’s spicy mustard. 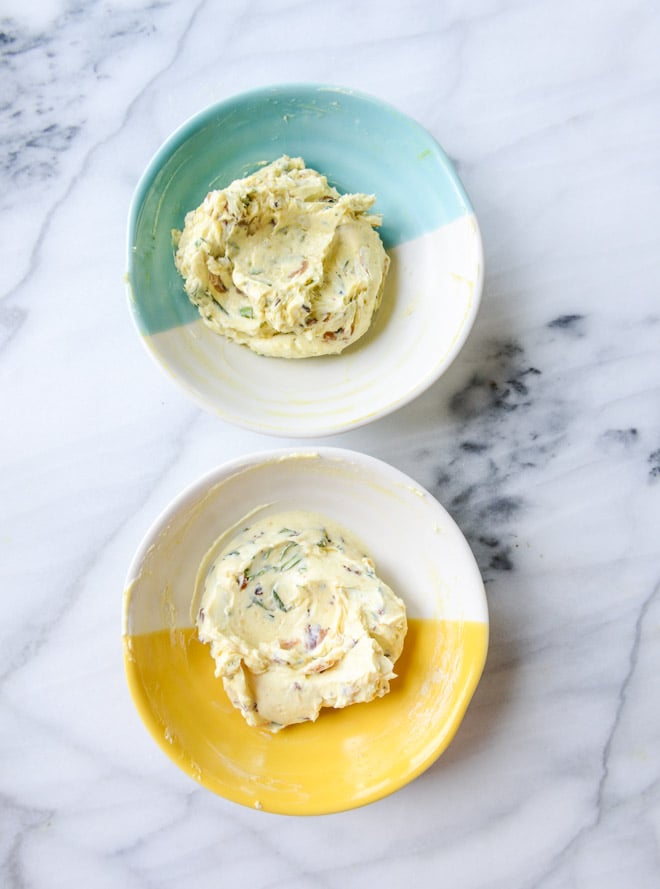 Compound butters are something we usually make in the summer since at one point or another, I’m gifted a large amount of fresh herbs from friends and family. But now? I don’t know if I can make another butter without adding a touch of mustard. It adds a slight tang, this wonderful depth of flavor, and the sweet and spicy both totally complement their respective spreads.

I’m half tempted to go at it with a spoon but then I remember when I was about six years old and walked into the kitchen to find my brother Will eating a STICK of butter and it sort of scarred me for life. Let’s talk about other things we can do with mustard-y herb butter. Guys. I have made approximately two tons of this compound butter in the last two months. Seriously. Tonnnnns. We’ve had quite a bit of flavored butter to get through and only so much corn to eat. (Can’t believe I just said that either.)

Remember that bacon blue potato salad I made before the 4th? I’ve made a similar one a few times now (because EGGS) and instead of whipping up the vinaigrette for the salad, I’ve stirred in a few tablespoons of the butter when the potatoes were still steamy.

I mean, you can even just leave out the eggs and serve this with grilled potatoes as a side dish. Yes? Yes.

Two more things! Then I swear I’m done. First, we’ve been making some summer salmon packets to grill. We’ve used zucchini, corn and fresh green beans – and also popped in some cherry tomatoes because they EXPLODE(!) while in the packet on the grill.

Kind of obsessed. You gotta try this.

Spread some butter on the salmon before grilling and you’re set.

And lastly, since Eddie can never get enough steak, we’ve been grilling or pan-searing it. I’ll coat the beef in a crushed porcini rub (a riff off of magic mushroom powder) and once it’s almost finished, slap a dollop of butter on top. Sweet or spicy!

That’s why I kind of love it. Both butters work for all the things.

And the mustards work for all the things! The sweet and spicy versions are ridiculously versatile now – I’ve already used a dollop of the spicy in my favorite vinaigrette. Plus my mom won’t stop talking about this salad dressing made with classic yellow (have you had that??) so I guess I have to make that too?

Annnnd we made another little video for you guys! Just a warning: a ridiculous amount of butter was consumed. Butter coma, commence. 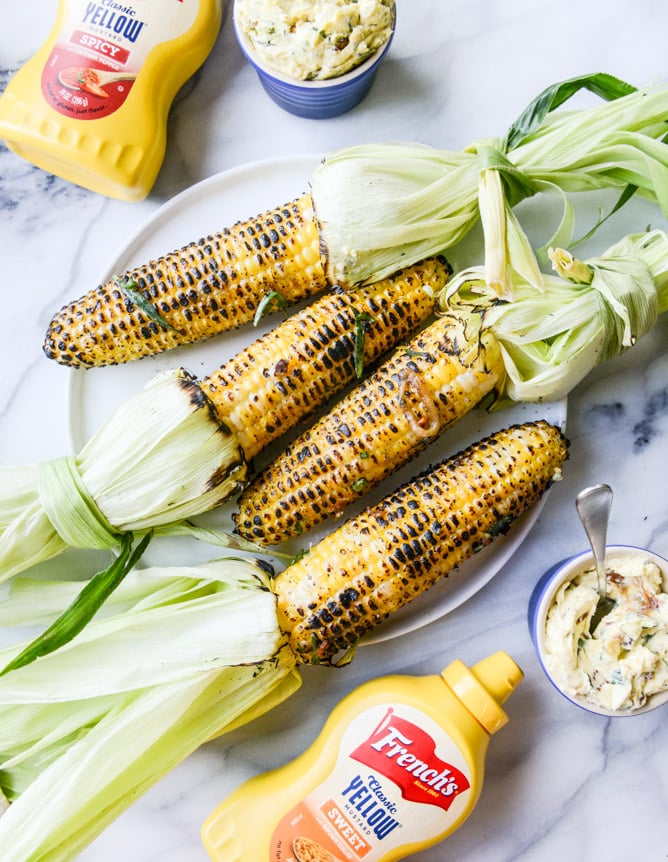 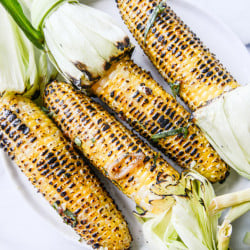 Do you think that I grill corn in my dreams? #cantstopwontstop