It’s been far too long since I told you how to put cheese in between bread! Because we really need an exact recipe for it. You know?

So – there are days when I can still taste this seriously perfect grilled cheese from a now-closed local diner. And the most insane part of that is that I haven’t had it in at least 20 plus years. Like I was maybe ten years old when I had my last one, buuuut probably even younger.

It was a 100% plain grilled cheese, made on white bread and most likely with “paper” cheese (american singles. please tell me what you called them.) and gallons of butter. Nothing special, but it is my first memory of a grilled cheese. Plus, we’d consume said grilled cheese before these marathon shopping Fridays that my mom, aunt, mother lovett, lacy and I would go on.

P.S. I have no idea where my shopping habit comes from. 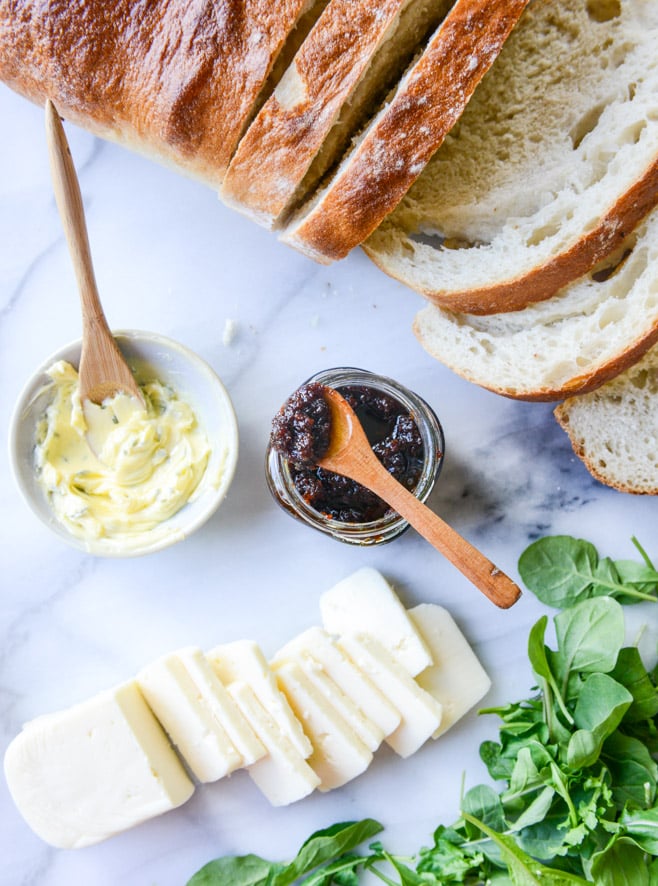 This is not that grilled cheese.

Clearly. But it HAS to be where my grilled cheese obsession started, right?

This grilled cheese right here is an idea that I stole off of my friend Nick, and he JUST told me about it early last week. I was like, um, I am making that. Immediately. I’m stealing your idea and blogging about it because it must be consumed.

It sounds too delicious todo anything else.

And that’s what I did.

Oooh see these supercalifragifantastic ingredients below? They get it on in a saucepan and do wonderful things with then end result being BACON JAM.

I tried to take a picture (or 359) so your eyes could see the beauty up close, but, um… cooked and pureed bacon and sugar shockingly looks anything but appetizing. There was no saving it. Trust me. So unfair.

Just know that it goes with everything. And anything. The end. The outside of these bread slices are a total secret keeper because they hold all sorts of crispy, crunchy buttery goodness – but buttery goodness that has been stirred with fresh herbs. So much flavor, you don’t know what to do with yourself. 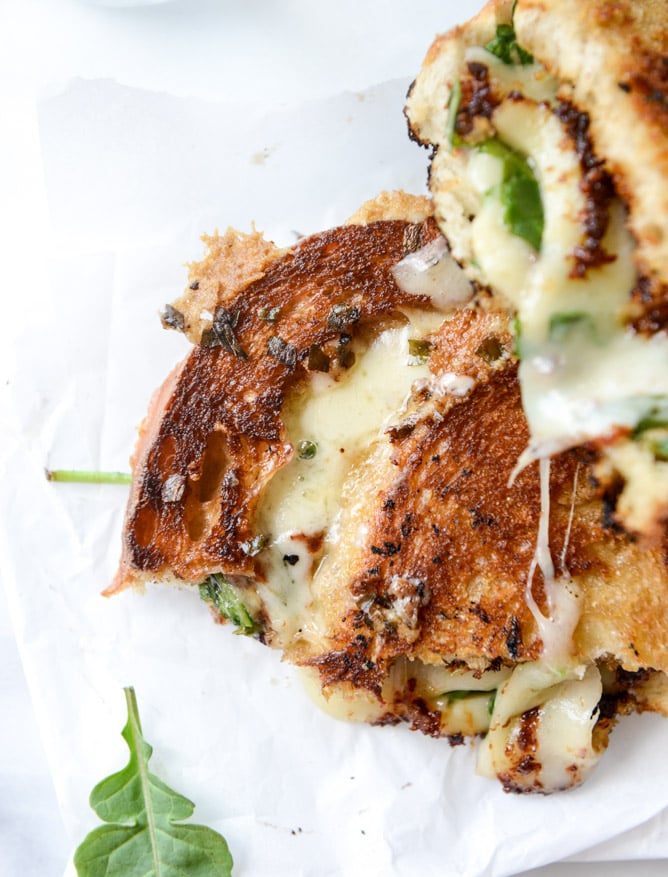 I’m gonna go blow up my inner tube for that lazy cheese river.