SO MUCH RECIPE. I know. 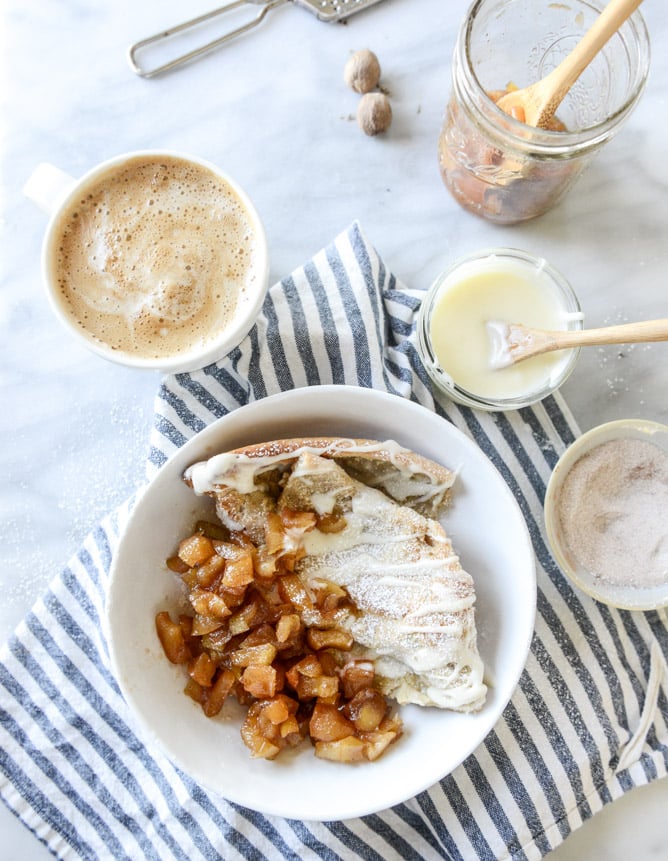 Growing up it always seemed liked donuts were touted as a breakfast food – obviously not a healthy, everyday breakfast food but they always made an appearance at breakfast, right? Like donuts and coffee! Duh. Sprinkles never optional.

But that was before donuts were covered in cookies and cream and peanut butter fudge and marshmallow fluff with a layer of fruity pebbles on top. I’m pretty sure that is where the line was crossed, and donuts forever became more dessert than breakfast. So I kind of feel the same way here too. Is this breakfast? Dessert? My breakfast’s dessert?

And on that last one, why isn’t that a huge huge thing? I am suuuuuper excited to tell you about this dutch baby. Not only because it is the first dutch baby I’ve ever made (I know, what the heck), but because it comes from my friend Sarah’s new cookbook, The Sugar Hit. If you’ve been reading for awhile, then you know that I have the most massive girl crush of all the girl crushes on Sarah. She makes incredible, beautiful food. I cannot get enough of her blog – and her book is the exact same way. So much fun! You need this book in your life, trust me.

Um, like can we discuss this freaking cake that she made yesterday? How?!? I just can’t get over it. I want to start making cakes like that. As soon as I buy some patience somewhere along with the rest of the ingredients. 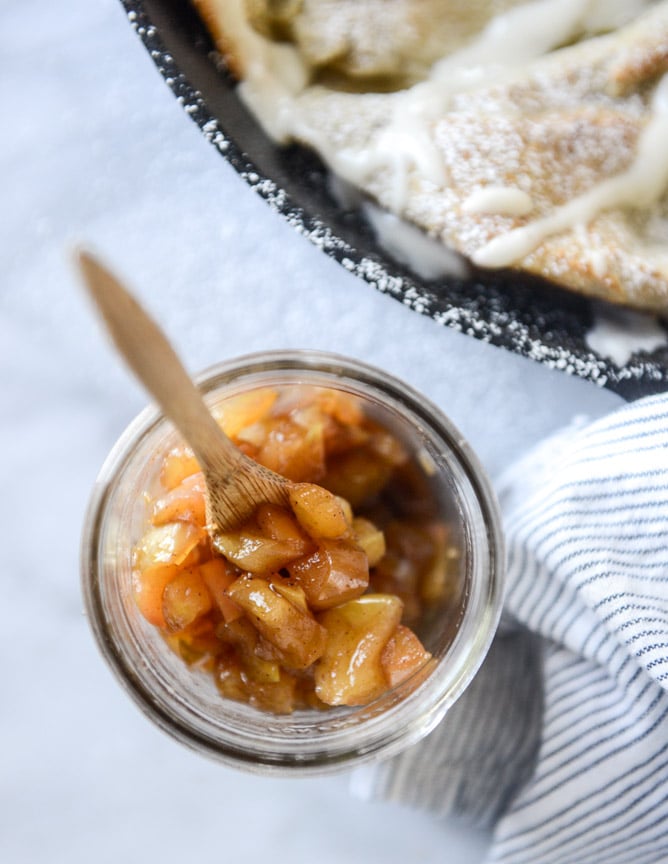 Of course, Sarah made a lovely, classy version of said dutch baby (vanilla with cherry bourbon compote! hey hey!) but I had to trash it up because I’m horrible at 1. following directions, 2. leaving things be and 3. being classy. I used Sarah’s vanilla bean dutch baby base, only adding cinnamon for that cinnamon roll touch. Since it’s autumn here now, I made an apple bourbon compote instead of a cherry bourbon one and drenched the entire thing in a drizzle of cream cheese icing. 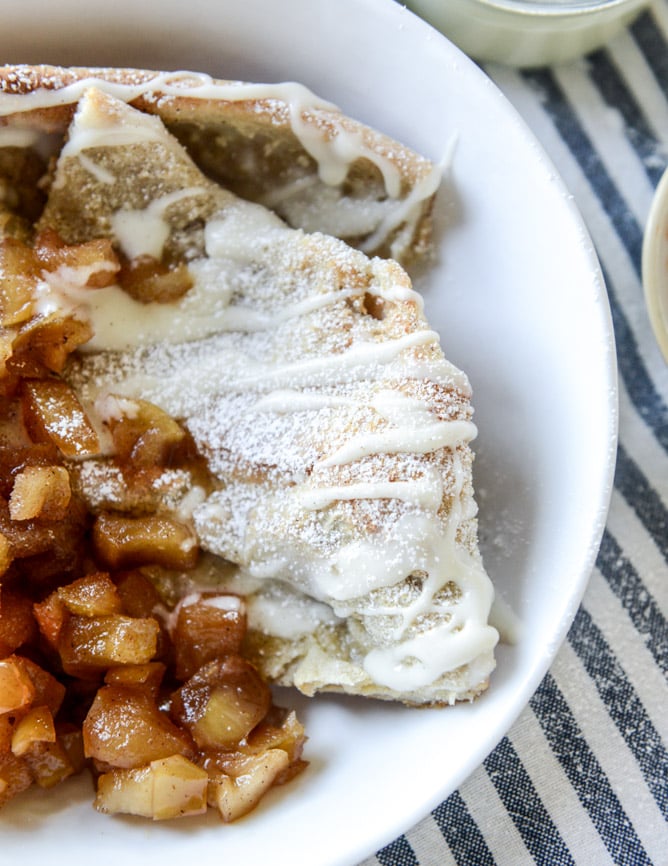 You have to agree: your breakfast certainly deserves dessert.