Now this is what I’m talking about when they say you have to eat color. Look at all that color!

Can my breakfast win?

See also: why can’t it still be Sunday because I don’t know who is making this kind of sandwich on a Monday. Real life. 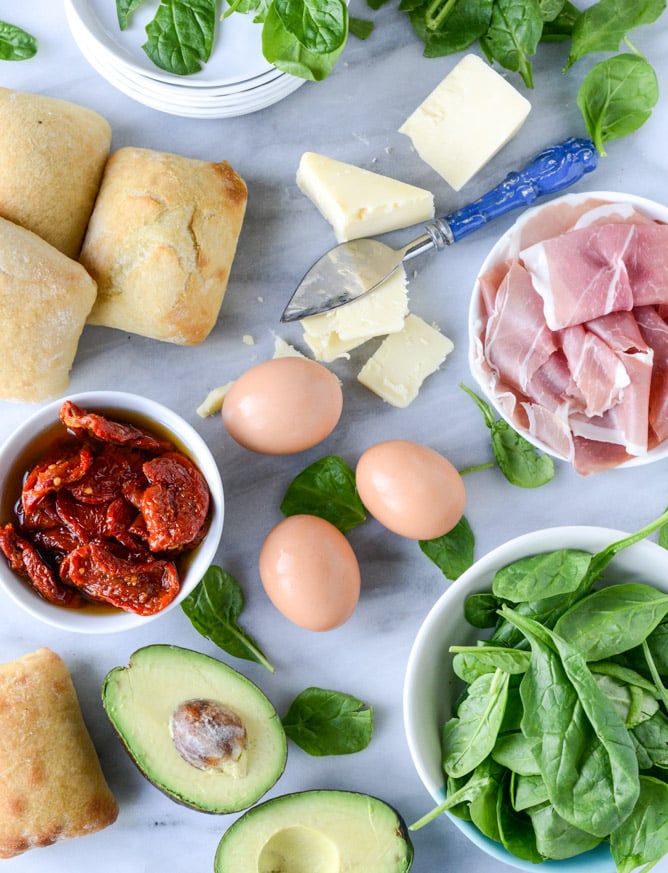 Eddie and I go through big sandwich-for-breakfast phases, at least once or twice a year. Always in the summer, usually after a vacation when we’ve ordered breakfast out on the go, at a little café that we don’t have anywhere near us regularly. And then again, in the winter, when we need something to hold us over until big holiday parties that night and probably something strong enough to keep us away from the cookie tins.

I know you get me. 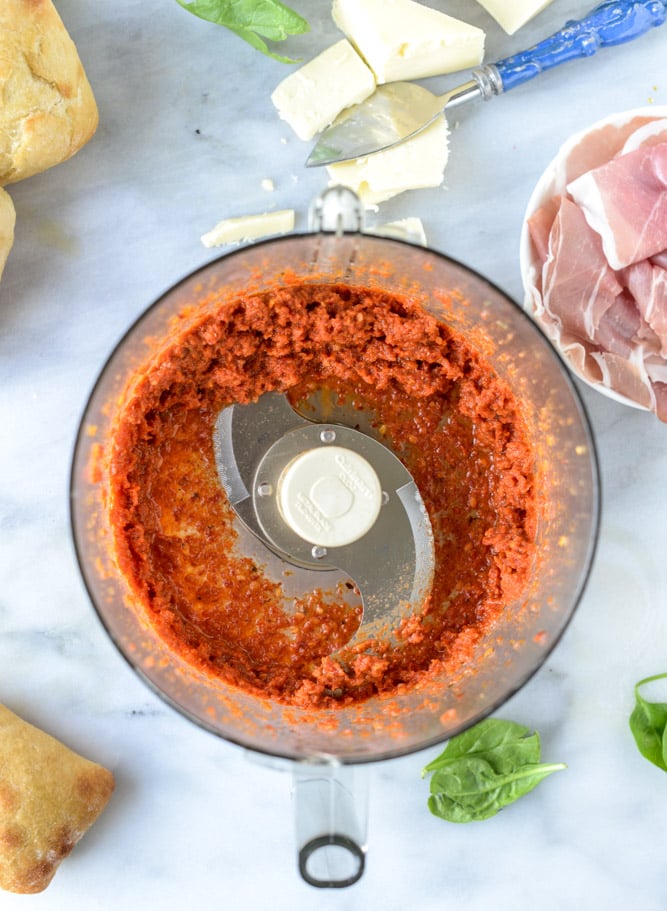 And I always want to one-up Eddie’s breakfast sandwich (since that’s what marriage is all about, clearly) but guess what? Now he likes (possibly loves?) spinach. Like a whole bunch. He’s drank (drunk?) more smoothies in the last two months than I have all year.

I’ll stop carrying on conversation (with myself) in parentheses now. (I think.) But that brings me to THIS:

It is 100% breakfast sandwich season. Again. And what does that mean exactly?

So, since we’re coming up on the holidays. The season of the mall smelling like those cinnamon crusted almonds (that are wildly addicting, amirite?), the time when everybody in your facebook timelime is complaining about the stores having out Christmas decorations while they secretly sit behind their screen blasting the NSYNC Christmas album.

It’s the best one there is, after all.

But! There also may be some people staying at your house, some holiday company. And while you could totally be like my family and make those cinnamon orange rolls out of a can (pretty sure my mom still makes them on Christmas morning), you could also be super fancy and impress them with a breakfast sandwich that looks like it took forever to make. Not forever ever, but just one ever.

There are a few steps, though if you prepare the night before, you’re golden.

You just have to wilt some spinach, blend some sun dried tomatoes (can totally be done a day or two ahead of time) and cook an egg or two. Or three or four.

Especially if I’m coming over. It’s so much better than serving someone an English muffin with a slice of paper cheese (do you know what that is?) and some scrambled eggs. And maybe bacon. This is legit sandwich.

All that’s missing is your mimosa! (Get it get it) I’ll gladly have take-out coffee with this though.

68 Comments on “The Breakfast Sandwich.”