Once upon a time, there was a family who hated nutella. 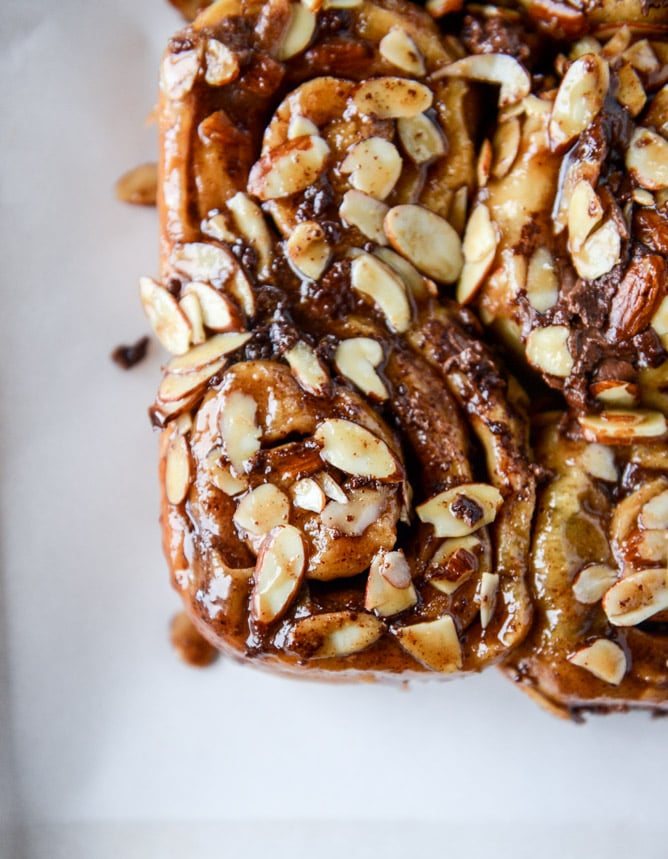 And whyyyy did they hate it?

I don’t even know, to be honest.

So I did this. It probably isn’t even right, mixing almonds and nutella and stuff, but I knew there was noooo way I was getting my nut-hating family to eat something with actual hazelnuts. Toasty, thinly sliced almonds are even a stretch – heck even the nutella itself is a stretch because it’s MADE with hazelnuts. Forget the chocolate.

You know how I hated nutella for years and years? Well that apple doesn’t fall far because I can’t think of one person in my family that eats it. HOWEVER.

I have since determined that everyone just *thinks* that they hate it because they haven’t been rightfully exposed to it. In muffins, cookies, brownies and sticky buns, obviously. And on a spoon. And stirred into yogurt. And topped on pancakes. I mean, that was my issue. And now, it’s one of the greatest things to ever grace the planet. Soooooo, I threw together a nutella caramely base with a nutella stuffed bun and baked it until golden and chewy and fluffy and HOT.

No one on earth should say no to this.

After all: ‘tis the season for sweet breakfasts. I don’t think calories count when eaten first thing in the morning during the holidays.

P.S. I’ll be on the treadmill ’til January k thanks bye. Now that I have a kid, I’m not gonna lie: I want to do ALL the things this Christmas. I’ve been rambling on about it since, like, October, so it probably comes as no surprise. My broken recordness, if you will. But I’m trying to slow it down and not be a psycho so the season is enjoyable and all that jazz.

The aggressive use of commas, noted. One of the best ways to do this is to make a holiday breakfast or prep a pan ahead of time (last December I prepped, um, FIVE(!) pans of the pioneer woman’s cinnamon rolls because I was 634 months pregnant) and gift it!

Or totally gift it to yourself and your family one morning. While the Christmas lights are twinkling and you stay in pajamas all day long. I must pause for a moment so we can relish in just how terrible my raw doughy bun slicing skills are. Like, are any of them uniform in size? I think not.

This means that you can bake even if you think you can’t. I swear.

Don’t judge my lack of patience. I make up for it in slow fried bacon.

Last year, my version of this was sweet orange cinnamon pull apart bread. GAH. It is so freaking fabulous and I love having the option of a non-chocolate breakfast too. In fact, I think you should make both and serve them together. One citrusy and fresh breakfast, one rich and caramely.

Let’s petition to make it happen every single morning. With loads of lattes, maybe spiked? I’m in. 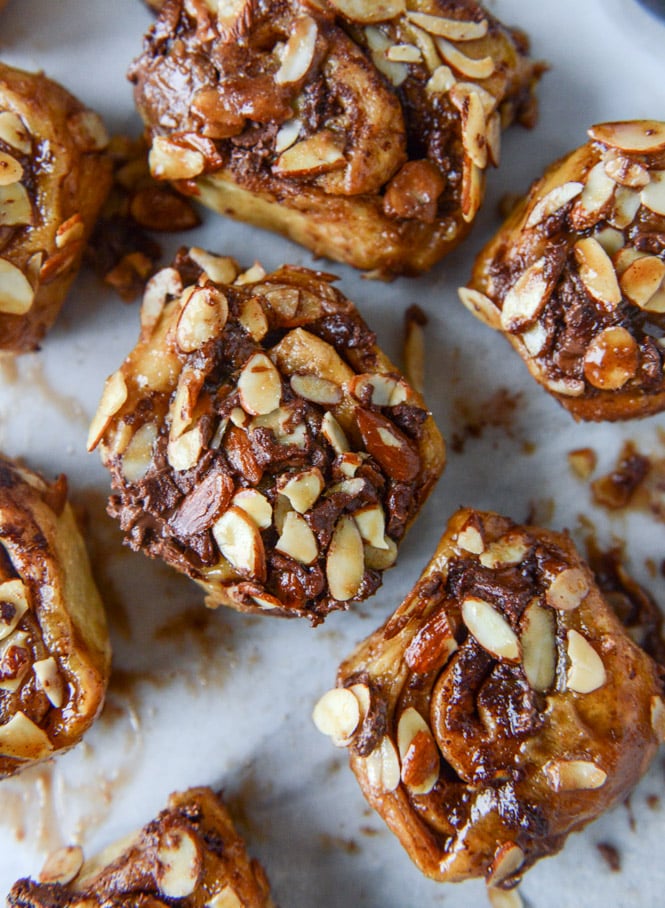 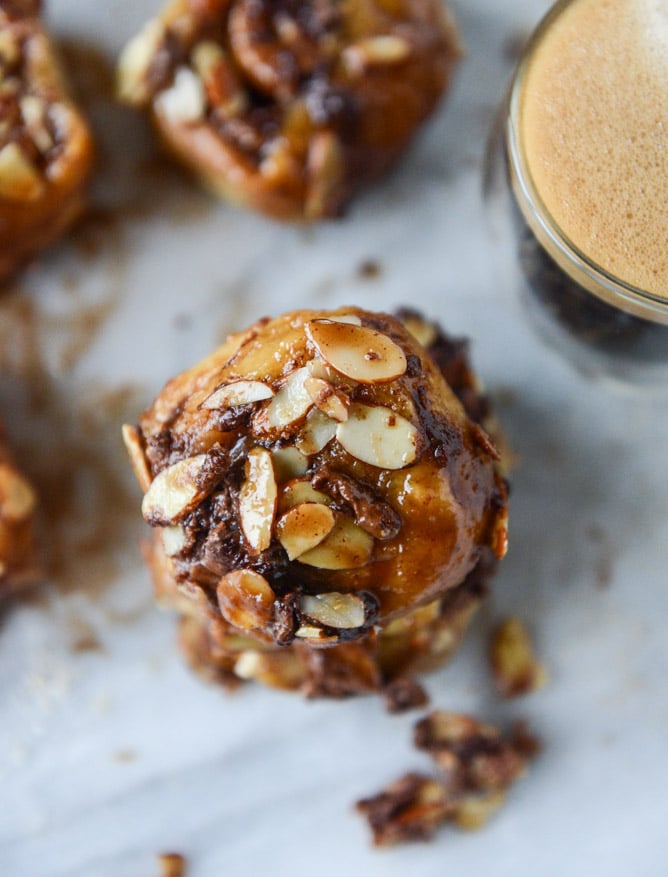