If you’ve actively been looking to break your resolution, I’m going to sell you right now. One peek below into this swirly vanilla chai batter and we’re all done for. It’s OVER people. Half of me wants to scoop this into a mug and drink it.

The other half doesn’t want to die from salmonella or, well… drink batter. These cupcakes are so super fluffy and filled with tons of warming spice. It’s like a big mug of tea in cake. A big hug in a mug in a cake. Covered with an icing hat. The flavor is one that I didn’t have much interest in until I took a gigantic bite. Like, hello: can I feel that crunch and fluff with everything I eat? 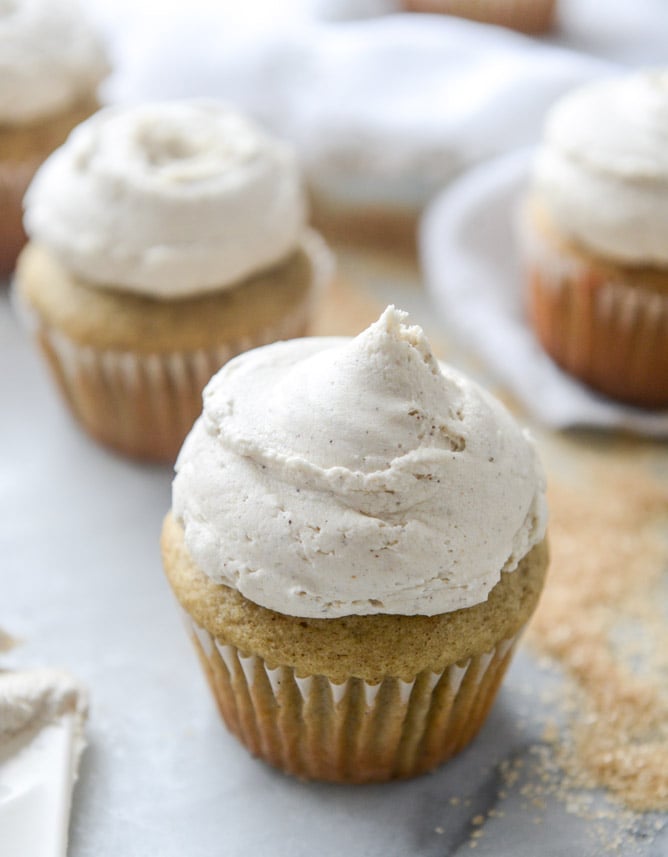 The best part is that I’ve never even cared about chai. It was never one of my beverages of choice, but after making these chewy chai snickerdoodles this past fall, I have changed my tune. I want everything chai. Especially loaded with sugar. ALSO. This is the cupcake that I shared on my Tuesday Things post last week! Suspense is now over. A bunch of you have been asking and I have been a terrible person for ignoring you. Or, I just transferred the written recipe into an electronic version less than twelve hours ago because I’m struggling to get my life together. That’s real talk right there. Now I know it’s still January and all but there are TONS of reasons that you might need a cupcake recipe, like a playoff football game, the superbowl, fat Tuesday or just this coming Friday night. When a blizzard hits. Be prepared. I personally choose the last option.

I know. This is your shocked face. But can you even?!