Remember the time when I used to write full blown blog posts about hating coffee?

I’ve crossed over to the dark side.

Last week we did hot breakfast-style coffee and this week we’re doing cold treat style coffee. You can have both in one day. I allow it. If we’re being real, I never actually NEEDED coffee or anything until nearly 15 months ago. I drank a lot of it while I was writing my cookbook, sometimes drinking it at 3 or 4PM which would then make me feel like I was on drugs. You know I started drinking it because I “wanted to be cool” aka, I wanted to go to a coffee shop and actually order coffee. I liked the IDEA of drinking coffee. My love affair started with iced, it was the only way I could take it down. And I would make it taste like ice cream, of course, because after all – I always loved coffee ice cream even though I didn’t like hot coffee.

I still can’t do it black, but I CAN do it less sugary now. Less sugary. Key emphasis on LESS. I still need a hint of sweetness. Not like starbucks-cup-on-crack sweetness, not like please-give-me-diabetes-coffee or half coffee/half syrup, but you know… just a touch. 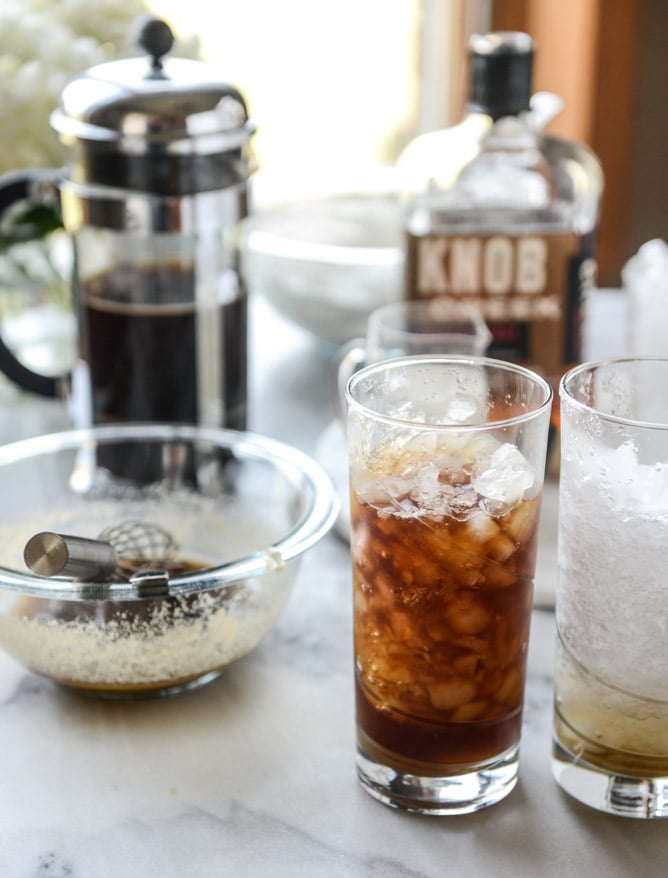 And in this case, just a touch of whiskey syrup. YESSSSS.

I’m all about the caps lock today, I know.

Speaking of excited, I saw a funny meme on instagram yesterday about a teacher telling their student to cut back on their exclamation point use and to save them for something exciting. And the student said, but I think everything is exciting!

Um hello. Welcome to my life.

I’m either 124% OMG-I’m-so-excited Jessie Spano style, or I just do not care at all. Absolutely uninterested. So. Not only did I add whiskey syrup to the iced coffee, I added whiskey too. Straight whiskey. So note to self: this is probably a weekend coffee? A brunch date coffee. A party coffee!

It’s not an afternoon pick me up coffee, unless you want your afternoon to consist of a only good vibes and maybe a big fat nap.

Doesn’t sound so bad I guess.

Also, I swear I did not have four of these coffees before writing this nonsense. I’m sure of it. My grandpa would probably have loved this coffee, even though he would have loved it more minus the… coffee. True statement. He was super Irish! In heritage and in behavior.

A shot and a beer was usually included in his afternoon plans but he was well into his 90s, so it was okay. Before that he spent a good amount of time at the Ugly Mug in Cape May. In fact, I’m pretty sure he has a mug on the ceiling. Winning? I didn’t TECHNICALLY use Irish whiskey in my coffee so I don’t know if we can really call this Irish iced coffee, but heck, I’m Irish enough and I like whiskey, so it’s my Irish iced coffee version and what I want instead of green beer,

I used a Knob Creek Reserve that a wonderful blog reader gave me on the book tour, only I was like 54 months pregnant and couldn’t do much with it. And I didn’t want to waste it by putting it in baked goods or something – it’s so special that I wanted to drink it!

So I’ve been doing just that. (Not today. Not right now.) Such a good choice. Dreamy. I want to drink it forever. 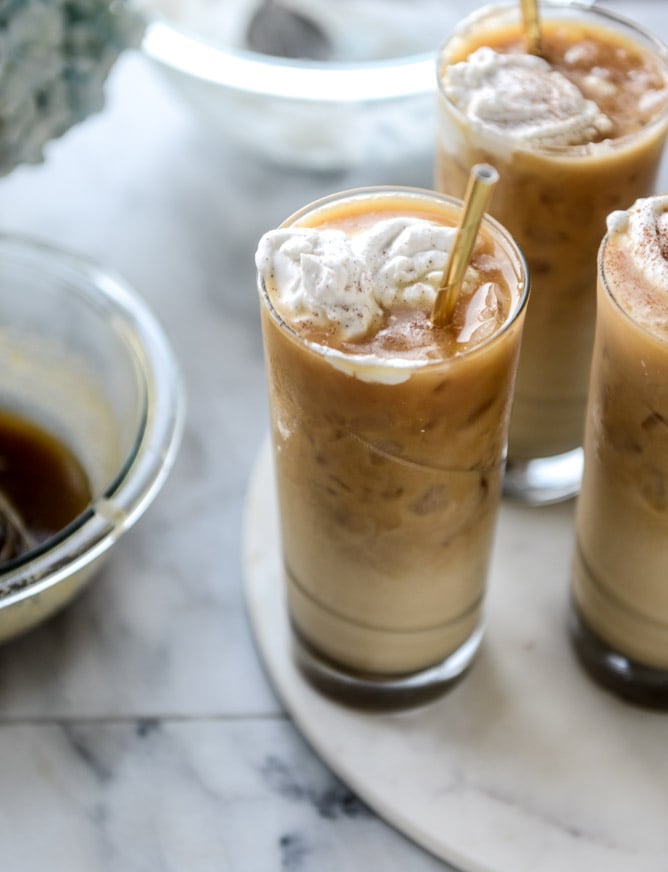 I’m going to go decaffeinate myself.