Bread is never my choice of snack… until now. There have been countless other posts over the years where I’ve flakily declared “I’m a bread person!” and this one may not be any different.

But there is a sliiiiight difference. This bread makes me want to SNACK.

And I’m not talking about a snack of delicious things piled on toast. We all know that’s something I’m embarrassingly basic about. Give me all sorts of things piled on top of toast and we’re good to go. But just plain bread or toast? Rarely. 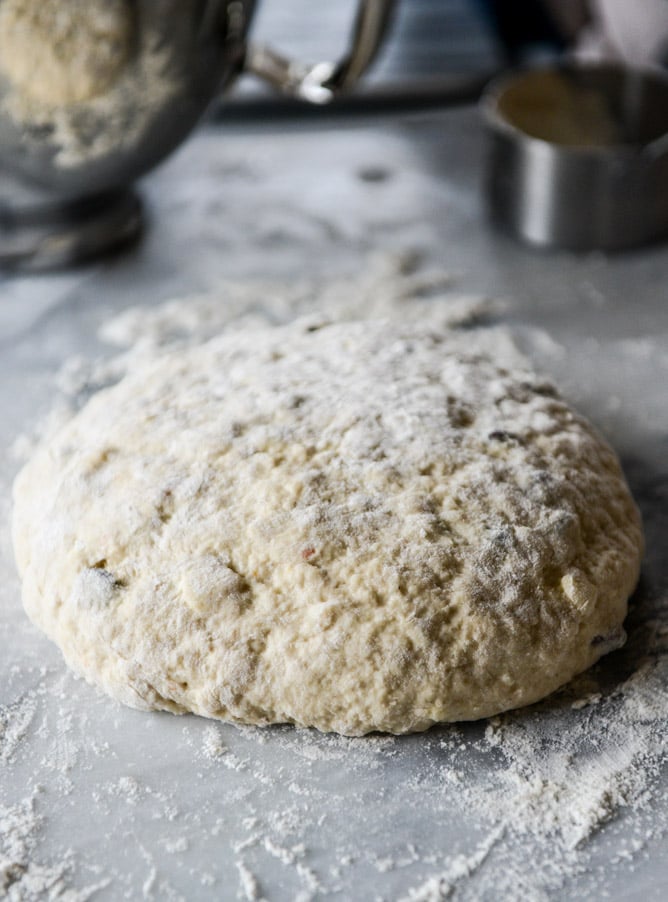 I’ve made soda bread before – brown butter whole wheat! soda bread to be exact. It’s gooood. I shared it along with a full conversation of our fun Saturday nights of the past, which involved watching Suze Orman and eating froyo.

Things aren’t much different and oh wow are we boring. Oh but. He does this terrible thing. 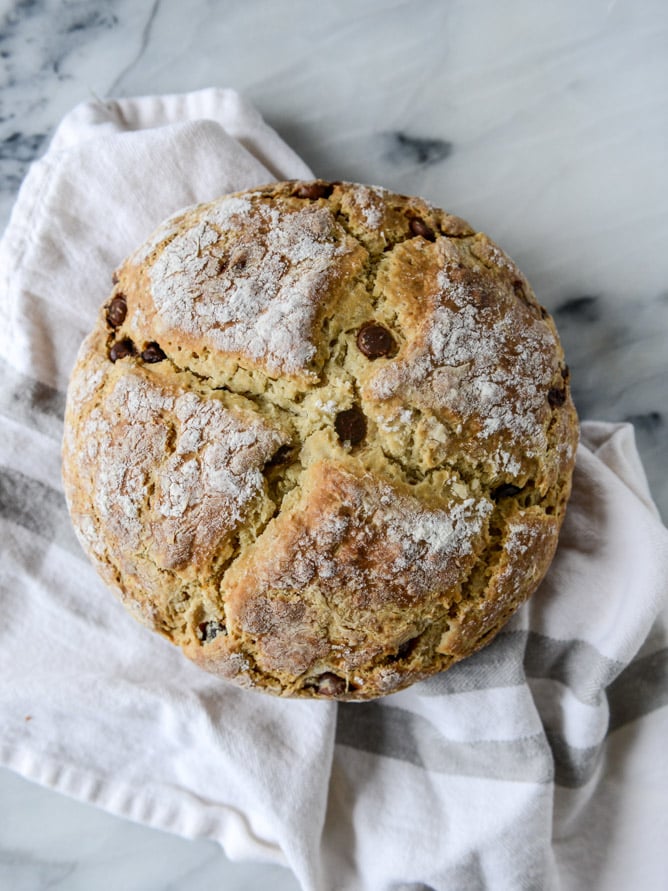 Even if we eat dinner late, a lot of nights he will make some toast around 9 or so. No matter what though? He ALWAYS leaves the jar of jam out on the counter.

Like always. It is maddening. Sometimes he leaves the jar out, OPEN, with a knife inside. ON THE COUNTER. All night long.

It’s become such a huge joke and so standard and funny in our house that I’ve stopped putting the jam back in the fridge to make my point. Which meant I had to buy separate jars of jam for Max and I so we wouldn’t get all that sat-out-overnight bacteria spread on our toast. #health

It doesn’t phase him. 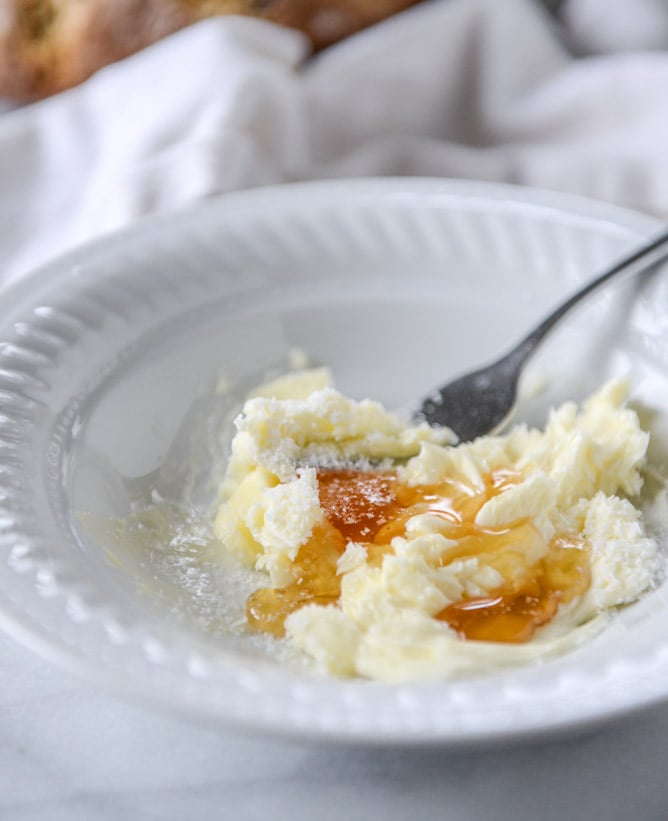 That last part isn’t necessarily an issue since every summer we end up buying twelve or thirteen jars of preserves from American spoon. But still. I make sure we have separate jars.

It is kinda funny now, Eddie and his jam jar scandals. Or maybe I’m choosing to look at it as a funny thing, as opposed to an enraging thing. It’s a highly discussed topic of conversation or something that I’m just generally obnoxious about when I feel like throwing him under the bus. You know? #marriage It even has been doing that for my mom, who also doesn’t really care about snacking on bread or toast. She had two pieces of this the afternoon that I made the bread and took them down quicker than anything I’ve ever seen her eat. She is notoriously the slowest eater in our family, and I really wish that I inherited that trait. No thanks. Not ever. In life. Never ever ever.

It’s just one ingredient. Puhhhlease let me have it. 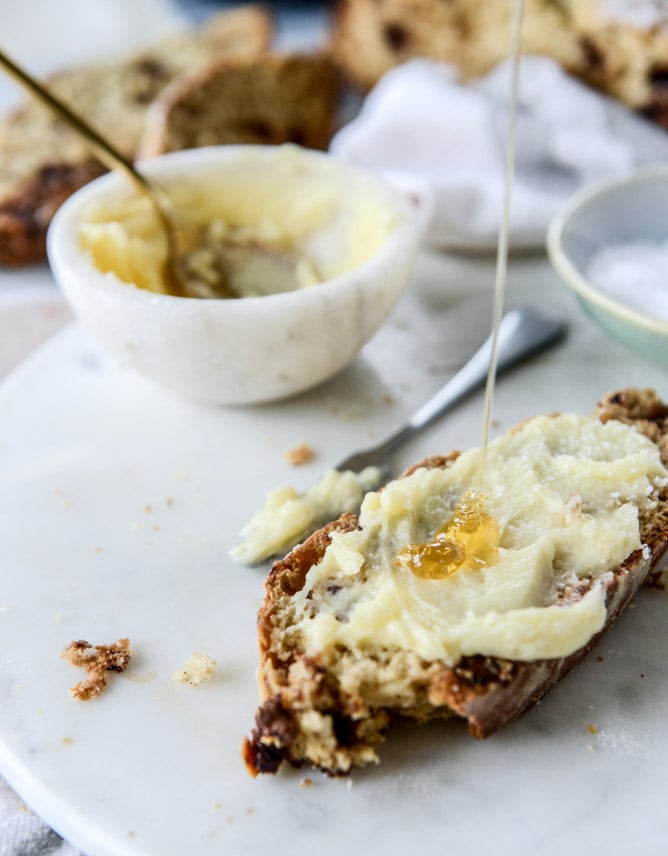 Use unsalted butter – that way you can control the salt. Add a bunch of honey to sweeten it up. Then add the salt. As much or as little as you’d like.

I practically wanted to eat this butter with a spoon, much like how I watched my brother eat an entire STICK of butter when I was five years old. Back then I was quite judgmental, but now I’m thinking that maybe he had the right idea… 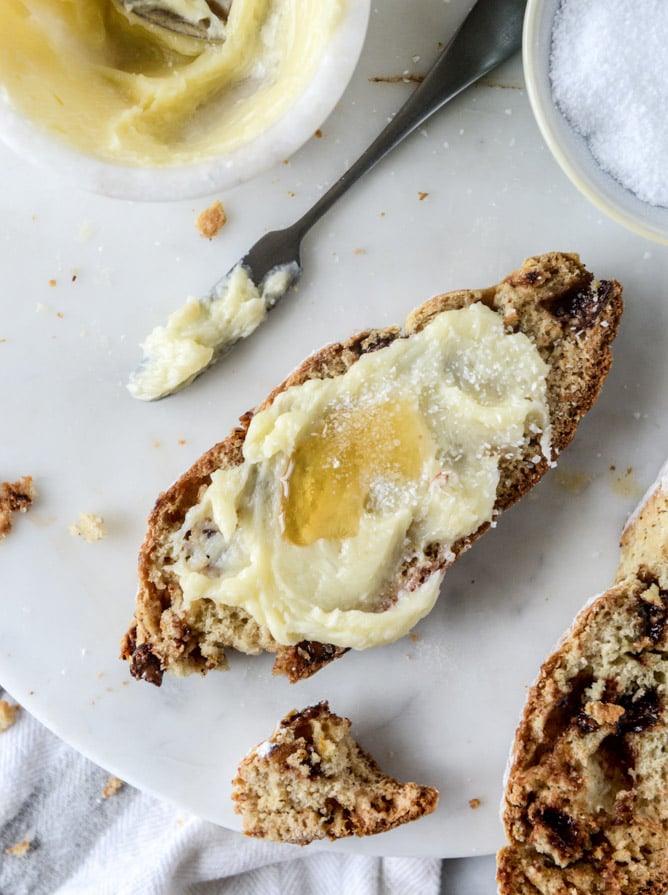 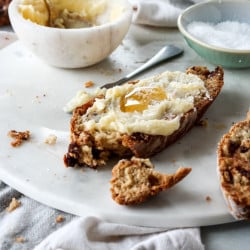