This is totally a summer non-recipe recipe. We’re making a smoothie puree and throwing it on top of… a waffle.

Do you have so much secondhand embarrassment for me right now? It works though, I swear!

I realize that I’m a walking cliché and even worse, a walking cliché from, like, 2014, with my acai puree here. I first made an acai bowl here at home when I was pregnant with Max, but it wasn’t until this past year when I had a bowl at a local juicery that I fell in LOVE with.

Like majorly in love. It has peanut butter and banana and even some super dark chocolate and I want to drive and get one every single day. 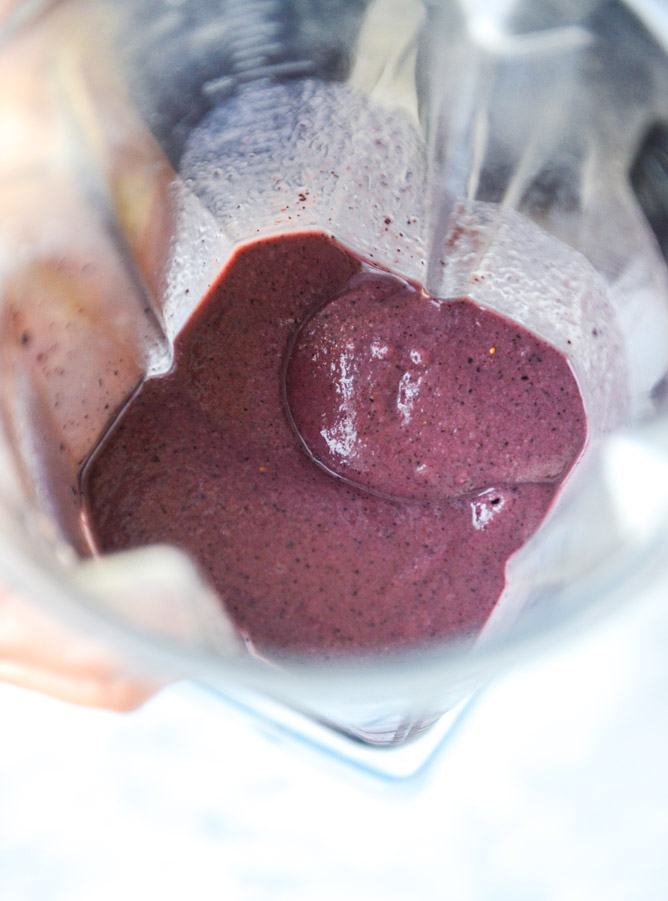 These days I can find frozen acai puree easily (I find mine at whole foods and use sambazon) which wasn’t always the case. Before, I’d save it to make something extra-special or save it for a Saturday morning and make a killer smoothie bowl. Since it’s more accessible now, I don’t mind experimenting with different recipes and a few weeks ago, I threw it all on top of a waffle. Kind of like a good, old belgian waffle, though I’m sure just speaking those words in the presence of acai puree is blasphemy.

If you love the tart and not-super-sweet acai flavor though, you’ll love this. And if you don’t, try it out with banana soft serve (frozen bananas, pureed) instead! The toppings are the most fun part. I love an assortment of berries, a sliced banana for extra richness, shredded coconut, crunchy granola, melty cashew butter and a sprinkle of fresh mint. 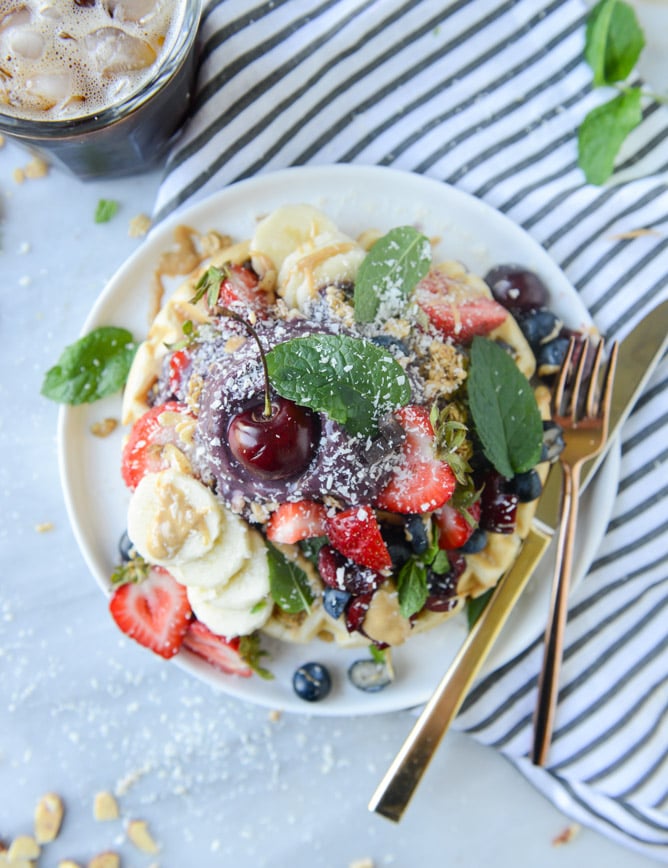 Now you know allllll about my current secret summer morning obsession – you know, when I don’t just want a smoothie and want to add even MORE to a waffle –  and how I’m spending my time scooping smoothie puree on top of my doughy breakfast. Please let’s still be friends. 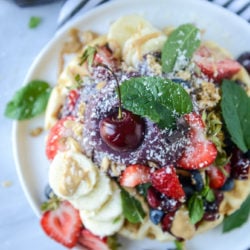 One heck of a delicious mess.