I’m hereby declaring this my favorite meal of the summer! Except for garden-fresh tomatoes. And burrata. And anything that remotely resembles some version of caprese. And fresh, buttery lobster rolls.

But other than that, THIS is the meal of the summer! 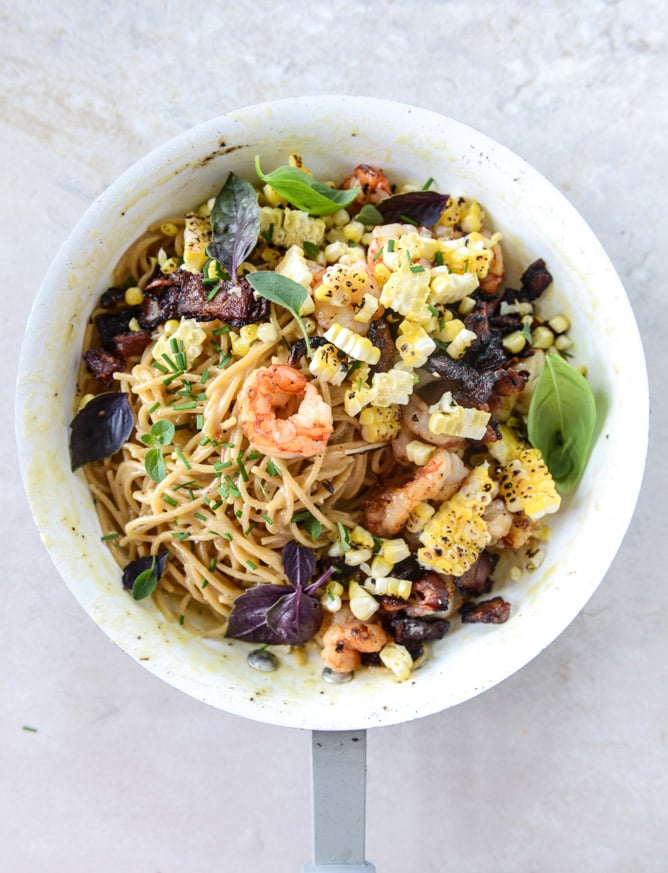 Yes, it’s carbonara, but it’s totally light and delightful. You just need a small serving. It’s super satisfying and tastes INCREDIBLE. With a salad to start and an ice cream cone to finish, there is no other meal needed to get you through the end of August. The shrimp? It’s cooked in a touch of the bacon fat. The charred corn is tossed along with those crunchy bacon pieces and ridiculously flavorful shrimp, mixed with whole wheat spaghetti and the parmesan + egg mixture.

It’s rich. It’s pretty! It’s embarrassingly easy to make on a weeknight too. 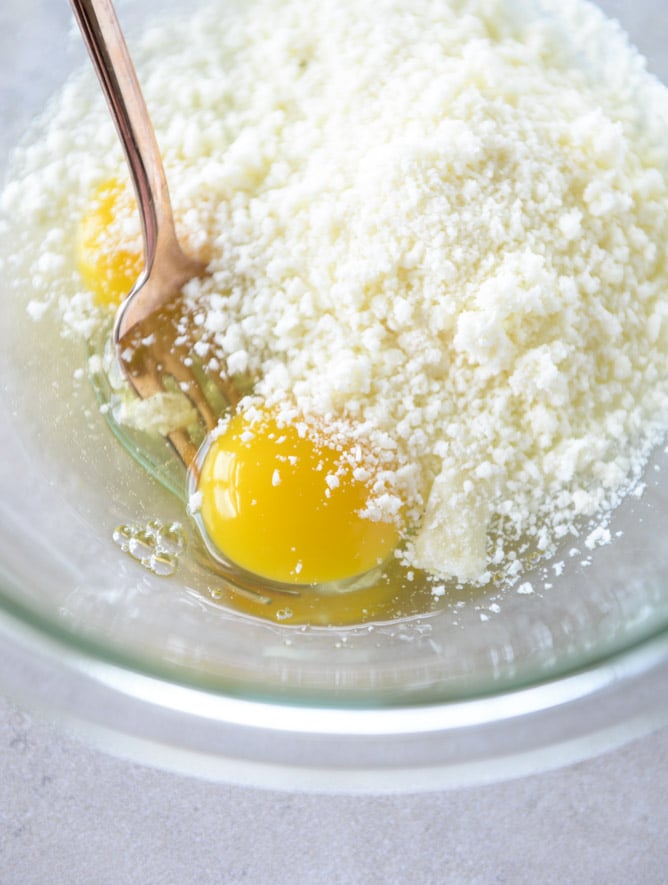 I love making carbonara in our house because even with just the bacon alone, Eddie considers it a full meal. I mean, that’s huge. The fact that there is no chicken or steak in traditional carbonara? And he still deems it acceptable? Big win. Yes, we are still talking about this in 2016. I live it every day.

Soooo – he obviously went super crazzzzy over this version with shrimp. Starting eating it straight out of the pan the moment he got home from work and all that jazz. We actually ended up having a huge fight about it, which is kind of hilarious now. Sort of. I made him sit down and eat dinner while listening to some Steve Tyrell and watching Max throw his shrimp all over the floor.

It was the most romantic ever. 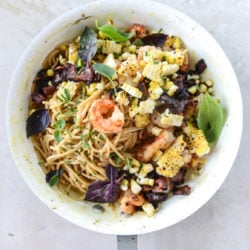 I would sell my soul for that bowl.