I have THE BEST idea for your leftovers. 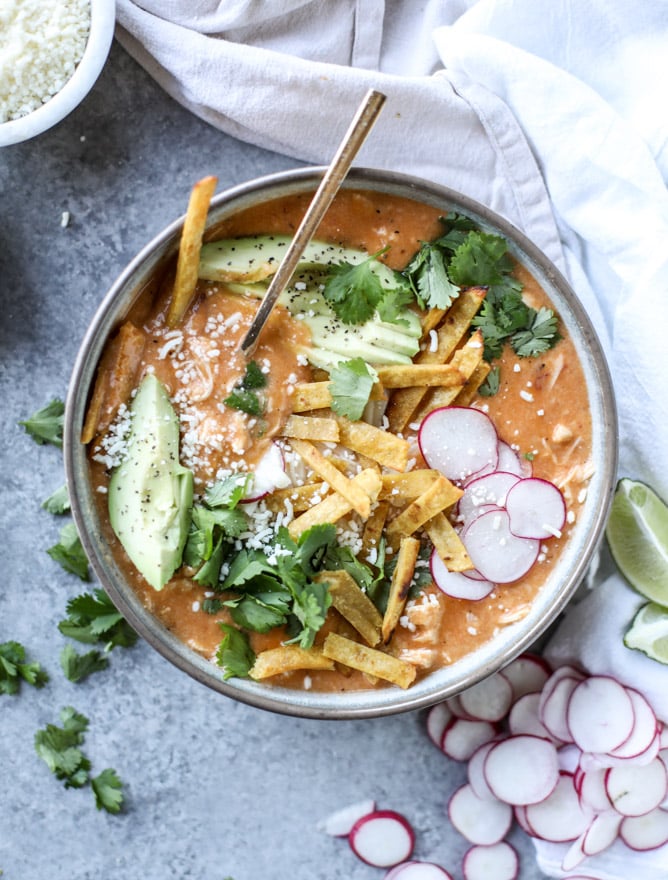 Why is life so good? Okay, so here’s the most exciting thing about this soup. Have you ever tried Max and Erma’s chicken tortilla soup? It’s so rich and cheesy and wonderful? We used to go crazy over it in college and heck, I think I even had some when I was pregnant. It’s probably my mom’s favorite soup ever. It’s just 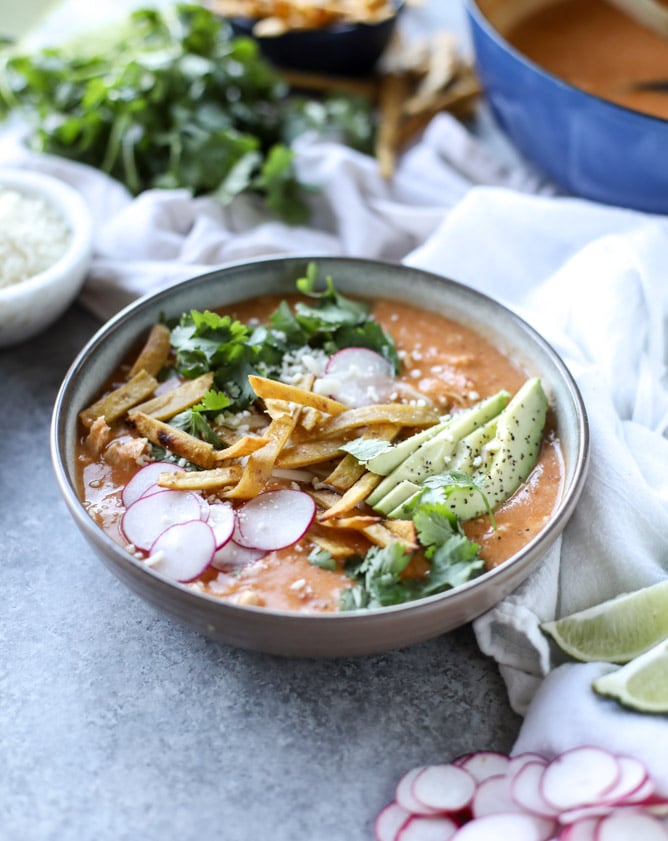 So, I really wanted to recreate that but I had no idea how. THEN IT HIT ME.

I didn’t realize that it was called chicken “tortilla” soup because there could be actual tortillas in the soup. Like this tortilla soup I made this past summer! Oh my gosh. That was it. That was the trick.

Well, that and a whole boatload of cheese.

Maybe not a boatload. But a rather heavy handed sprinkle. Yes, you’re going to put corn tortillas IN your soup! And let them cook down and thicken the soup. It’s the best thing I’ve discovered in all of 2016. It’s a fantastic way to thicken soup without cream or milk. Amazing! Also, the toppings. Life is all about the toppings. Wouldn’t you agree? I crisped up the remaining corn tortillas (because, um, why not) and piled them high on the soup with a little extra cheese. The crunch and texture is everrrrything. 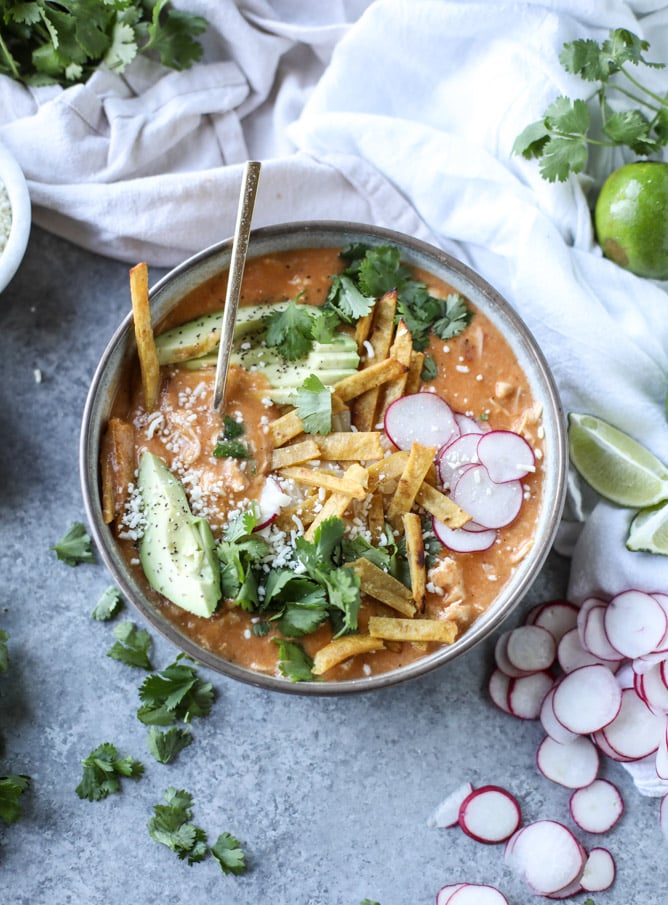 You guys HAVE to try this. It’s so wildly delicious that I can hardly stand it! Use up your leftover turkey or make it with chicken. Either way… it’s perfection. Probably going to make it once a week forever. And ever. 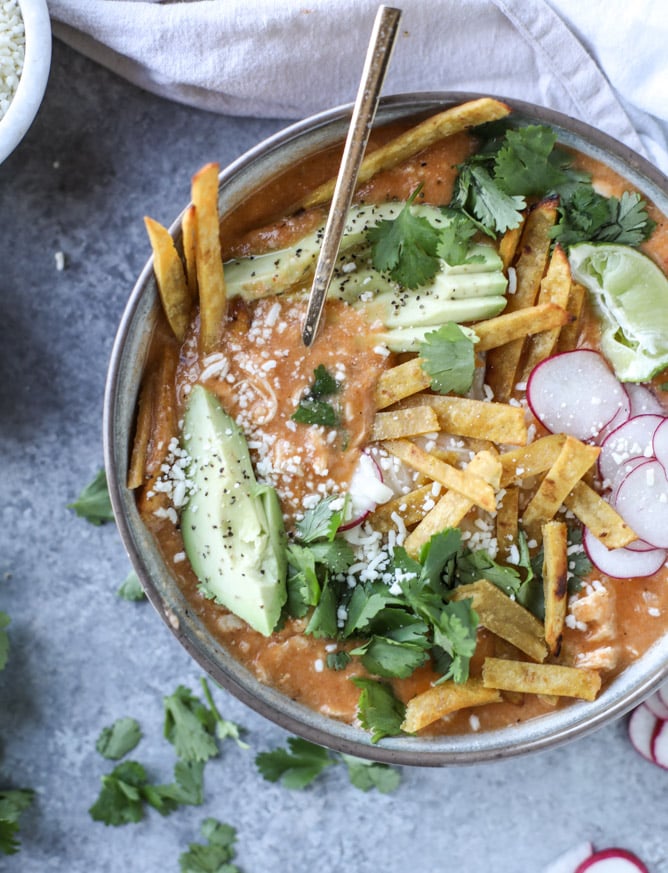 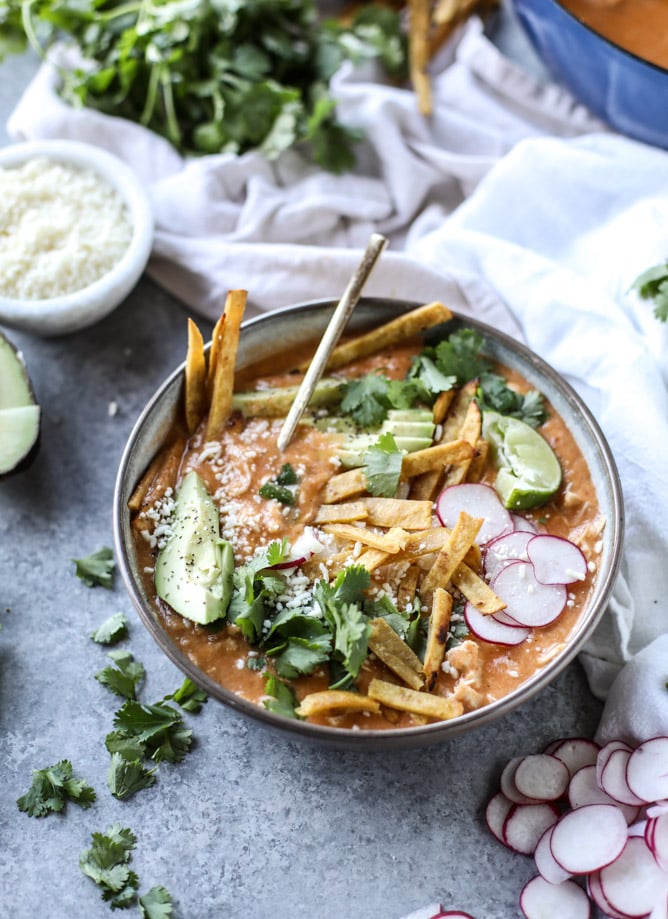 Let’s really use those leftovers and make cranberry margaritas!

« Previous PostTuesday Things.
Next Post » So Thankful For You.