It’s the most wonderful day of the year… if you want to see all the stuff I completely messed up in 2016!

This is one of my favorite posts to write every year – and I actually went back month by month and found things I had completely forgot about. This year was baaaad. I don’t think it was quite as terrible as last year, but it was still rough. I might also dedicate an entire post to cookbook recipe fails. Ooomph.

This is seventh year I’m sharing my disasters and oooooh there have been some great ones. See here for previous years:

And let’s see the worst of the worst to come out of my kitchen. Waaaaaay too much going on here in this lovely sight. Chorizo, queso cheese, whole wheat orzo… it’s a great recipe! For disaster. I wanted to love this so much but it was a complete mess full of way too many components. I like this recipe (and actually referenced it in my videos last week) but the photos turned out terribly. Sliced sausage or kielbasa is not my wheelhouse. It always looks so awfully GROSS to me. First, what am I even doing by trying to use this bowl as a legit… well… BOWL?

Second, this is the blandest pasta known to man.

Third, how awkward is my fork. And is that goat cheese? Or feta? I don’t even know. 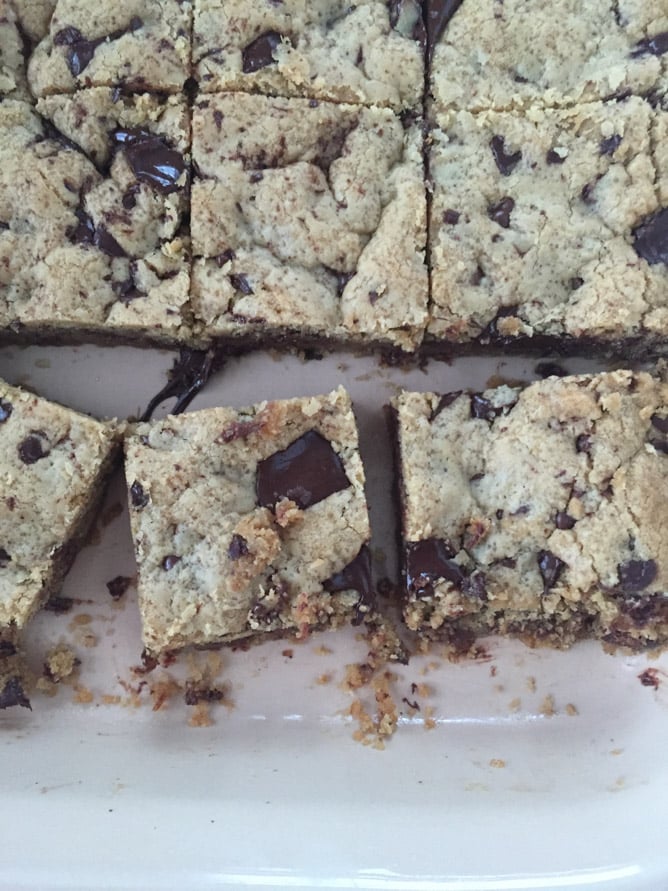 These cookie bars had so much hope. But they were dry AF. The end. My cheesy garlic pull-apart bread literally started to crumble down the center. I don’t think I followed a recipe, because apparently I know everything. Can’t you tell? Ugh. This was horrific. I think I reverted back to 2009 or something with this photo and recipe of frittata muffins. The most unappetizing photo ever. Egg muffins that weren’t even good. You know life is bad if I’m adding sriracha. These look like the most perfect chewy hold-together granola bars, don’t they?!

No, they don’t. They were an insane crumbly mess. My lemon meringue pie was so liquidy that it couldn’t even be cut. WHYYYYYYYYYY. To be real, I have NOOOO idea what was going on here. I think that I was trying to make blackberry or strawberry sorbet or something. As you can see, it turned out great.

If you liked watered down ice cream. And. The whole “oh-I-placed-ice-cream-scoops-on-my-counter-in-a-super-artsy-way” really worked out for me well. NOT. This salad was good in theory but a mess in real life. I wanted there to be kale and fingerling potatoes but also soft boiled eggs and bacon and apparently blue cheese and there was just way too much going on when I tested the recipe again. It was trying to be too many things to too many people. It was like three recipes in one. Remember the olive oil banana muffins I shared a few months ago?

The first few tries were a complete disaster. And I have no idea what I did. Oh boy. Doesn’t this just look DELICIOUS. Creamy dijon chicken did not work out so well for us. I burned the chicken and the sauce was thick and heavy. Ick. Then I tried to throw it over pasta and it was like NOOOOO.

I was SO excited to make this holiday pear pie with snow flake cut out crust!

It came out with edges burned and other pieces completely uncooked, solidifying the fact that I can do crap with pie crust. Two weeks ago, I tried to make gingerbread crepes to share right before Christmas. They completely sucked. I made up the recipe on the fly and came out with nothing edible. And just last week, I used my favorite tried and true gingersnap recipe and got this result. I couldn’t figure out WHERE I had gone wrong, until I made it THREE more times the exact same way. And it dawned on my that I doubled the butter for the each batch, but not the rest of the ingredients. So smart.

There were a bunch more fails this year and even some that were regular dinner or lunch recipes. These are definitely the highlights though. Along with dropping seven gallons of turkey brine on the kitchen floor on Thanksgiving morning. THAT WAS AWESOME.