Say hello to my current obsession. 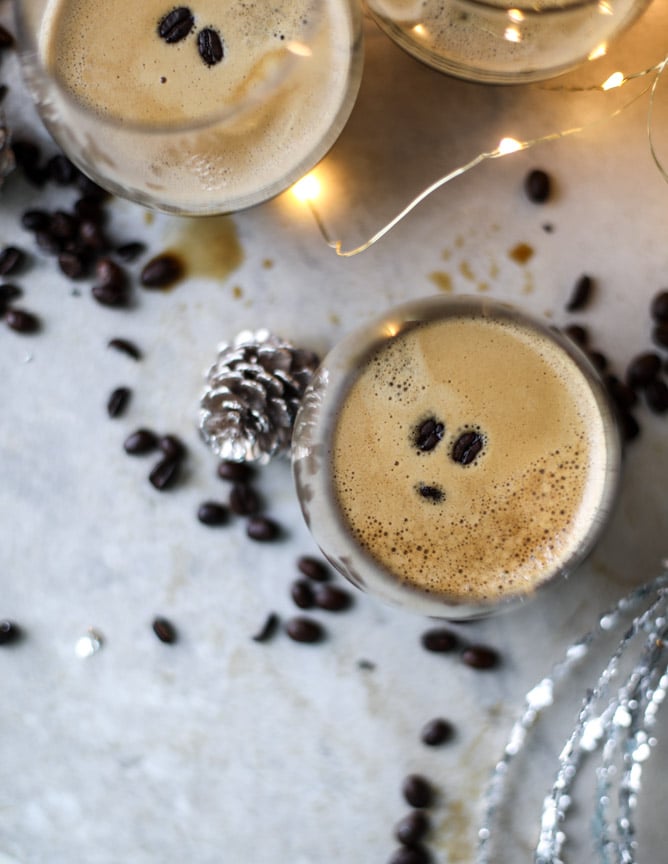 I mean, it’s only the third coffee drink recipe I’ve posted in three weeks, so it’s safe to say that I have a problem. I’ve been in LOVE with espresso martinis since this past May. We had them at my friend Natalie’s bachelorette party before heading out for the night, and it was like my world was opened up to the deliciousness of this coffee cocktail. I never order espresso martinis when out because they almost always contain chocolate or something super sweet, like maybe a fudge drizzle. Shockingly, sweet dranks aren’t really my thing, unless it’s a hot fudge milkshake from Dairy Queen, circa 1994.

Cocktails though? I don’t want it super sweet.

Take this past weekend for example. I made a sangria for Max’s birthday party (yes, Max… my two year old… didn’t you know that one and two year old birthdays are an excuse for the adults to get together?!) and used a dry champagne. I was SO excited about it.

So excited about it that I dumped an entire bag of frozen strawberries into said sangria, not even thinking that it *might* turn my sangria super sweet.

That it did. Bah. I mean, I KNEW that it could, but I just wasn’t thinking. Thankfully, the entire pitcher was consumed (maybe in record time?) but I didn’t want to touch the stuff because of how sweet I was. Who even am I?

My taste buds must be having a mid-life crisis. So espresso martini. This is it!

It’s a shot (or three) of espresso. No decaf! The reeeeal deal here. As in, the real deal that came out of my wildly authentic Italian Nespresso machine. You know.

A splash of Kahlua or coffee liqueur. This is where you will get a leeeeeettle bit of sweetness, without adding a ton of sugar or syrup.

A splash of vanilla vodka. Just for booziness. 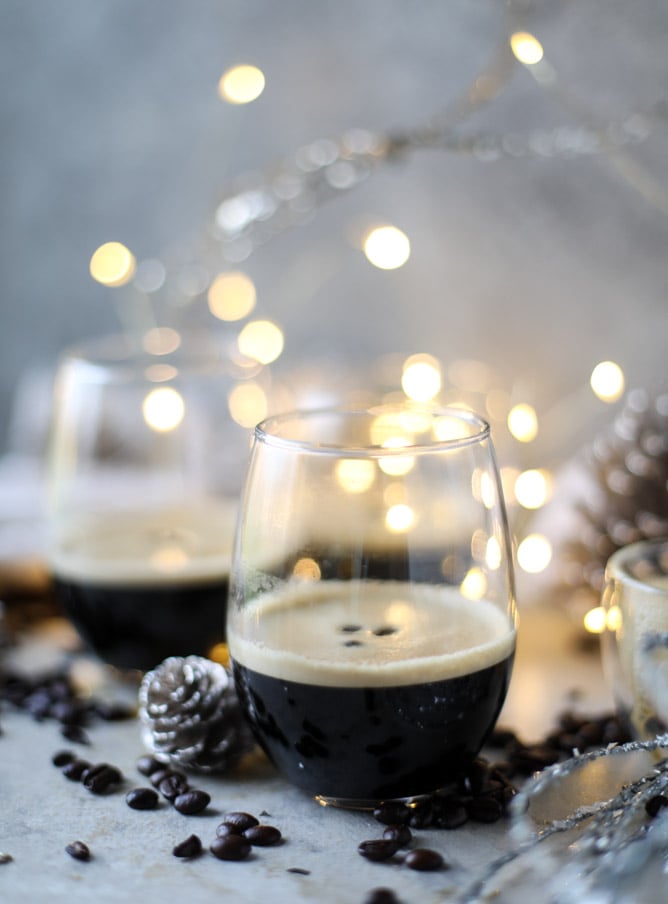 Even though we first had these in May, I’ve been waiting for months to share them because they just seem so… cozy. They are so warming and lovely, and not warm as in the temperature. Warm as in soul warming. Like you just want to sit by the fire and sip one of these with your best friend. 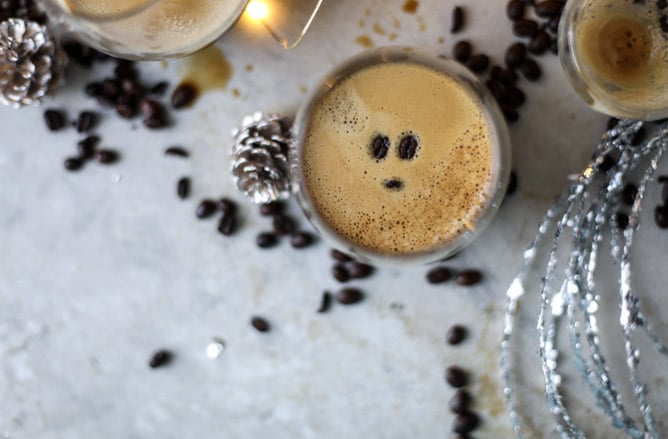 Also, yes, let’s take notice of how my last two thirsty Thursday recipes have been the three ingredient caffeinated kind. Give me all the energy! This holiday season is knocking me out. 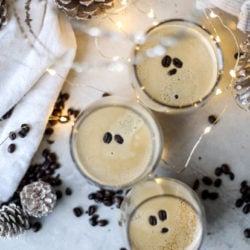