Oh hiiiii. This doesn’t have booze it in! It has deeeelish grapefruit soda and lots of lime though. I won’t hate it if you add vodka, let’s be real. Just to get that out of the way. 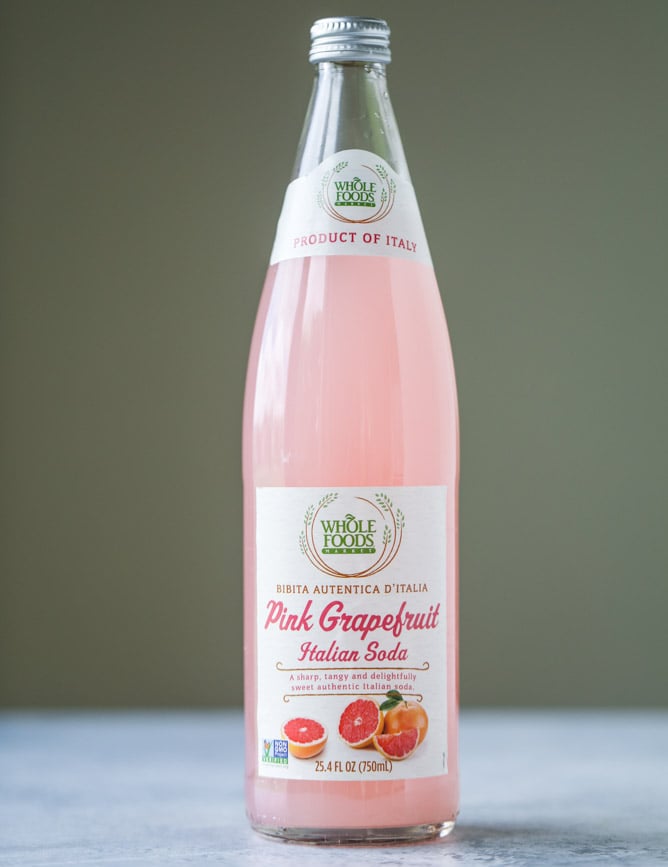 This is the star ingredient, meaning you can really use any of these lovely flavored Italian sodas. Blood orange, lemonade, pomegranate – all sorts of goodness! You can use the san pellegrino ones, ones from Trader Joe’s or Whole Foods or even ones from your local grocery store. I know that I’ve rambled FOREVER about how I basically still live my life around “school nights” and “summer vacation” even if I’m far removed from school and summer vacation is the same as the rest of the year, BUT.

This year it’s really magnified, just because of how my schedule has played out. Yesterday I took the final photos for my cookbook and it’s all officially TURNED IN, meaning I pretty much ended that huge project right before Memorial Day and in time to start summer vacation! Ha.

Even though I have a bigger project in the works for later this year, having this year-long+ project be somewhat finished (well, until edits!) feels super refreshing and takes a huge weight off of my shoulders. Which means… celebratory beverages. Since I can’t have alcohol, let’s start in on the mocktails! This is a drink that my cousin Lacy suggested I try a few weeks ago. We both go crazy over anything and everything grapefruit flavored and also love those Italian sodas you can grab at the grocery store. They tend to be a bit sweet though, so cutting it with some seltzer is a liiiiife saver. Cuts some of the sugar and makes it feel more cocktail-like! Add a bunch of lime, some salt on the rim (I used pink himalayan salt, hence the color) and it’s a cross between a tequila-less margarita and a salty dog minus the vodka. It tastes SO good and fresh. Cue the scene with Kristen Wiig drinking lemonade from Bridesmaids. 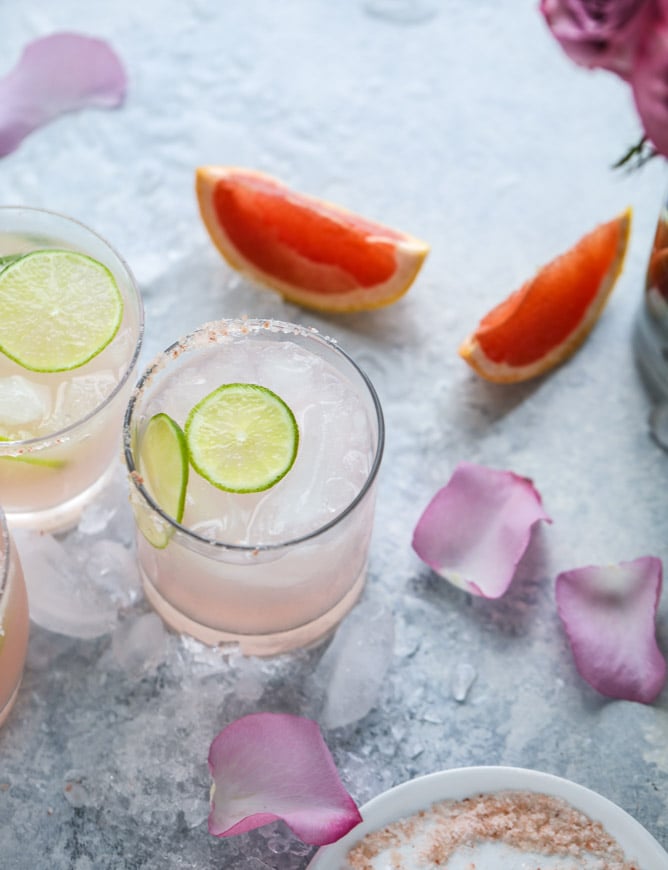 Anyhoo! If you have a bun in the oven like me or do not consume alcohol, this can be your weekend mocktail! And of course, if you want a legit boozy cocktail, I have got you covered. I super recommend this rosé sangria, watermelon rosé margaritas or this blueberry hibiscus margarita punch. YES YES YES. 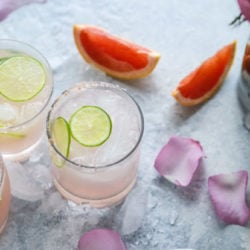 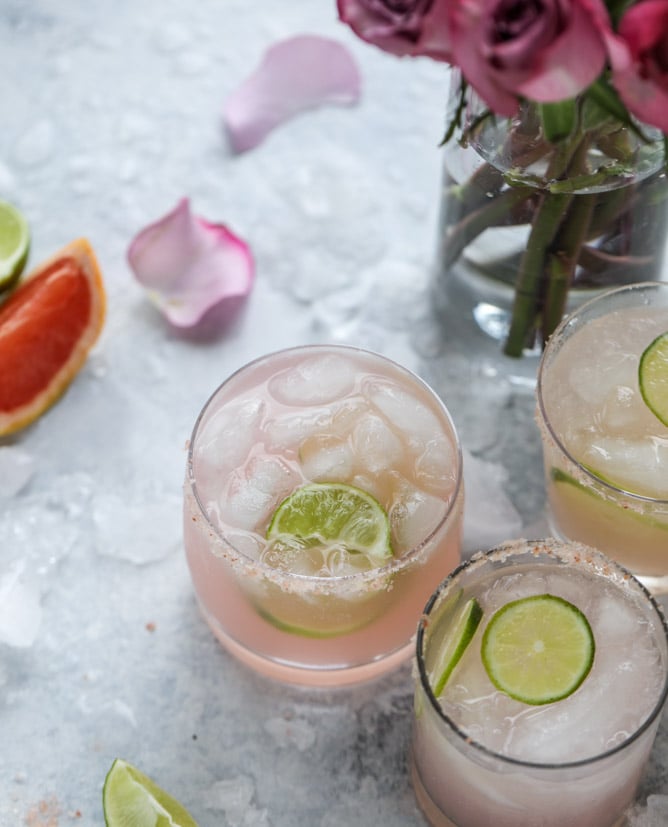 Let’s drink it for the color alone.