I feel like we’re serving up a big bowl of August today! 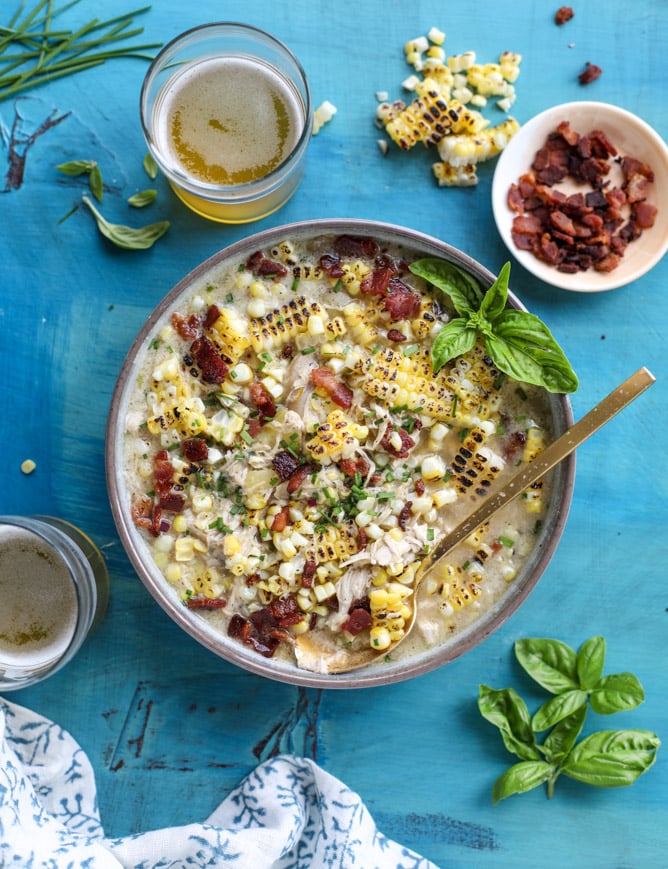 While I’ve been rambling about things like tomatoes and corn being really great for a few weeks, right now we know that they are REALLY REALLY great, right?! The flavor is so spot on an at its peak! At least where we live, which makes corn on the cob a near daily occurrence at our house.

Enter chicken corn chowder… made with bacon. And beer! It’s packed full of flavor and sooo satisfying. In true Jessica form, I want to eat it forever. 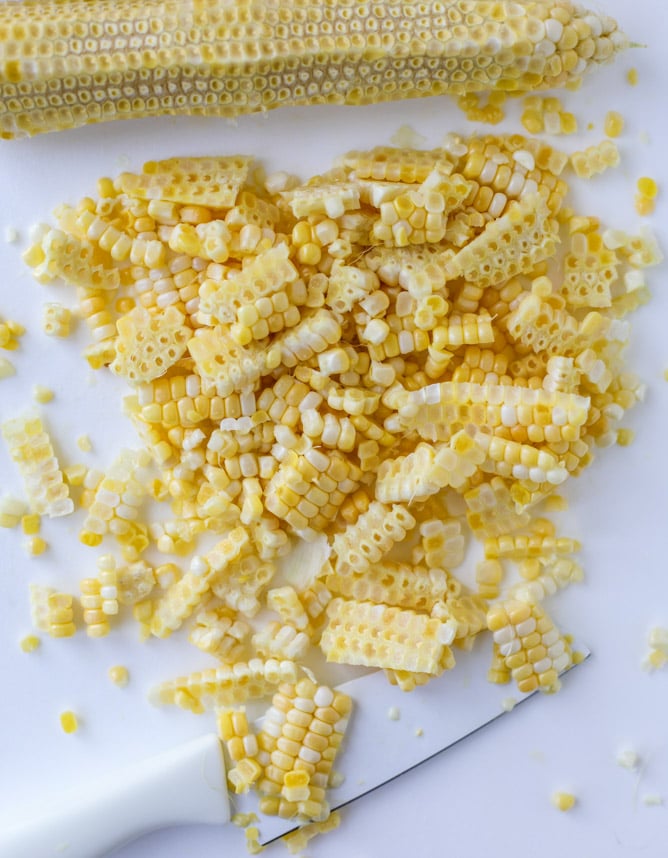 I love love love making a summer sort of soup in August and September because I find it to be the perfect bridge between summer and fall. Even though it’s still pretty hot where we are, the air gets slightly cooler at night and heck, I’m always in a soup mood! 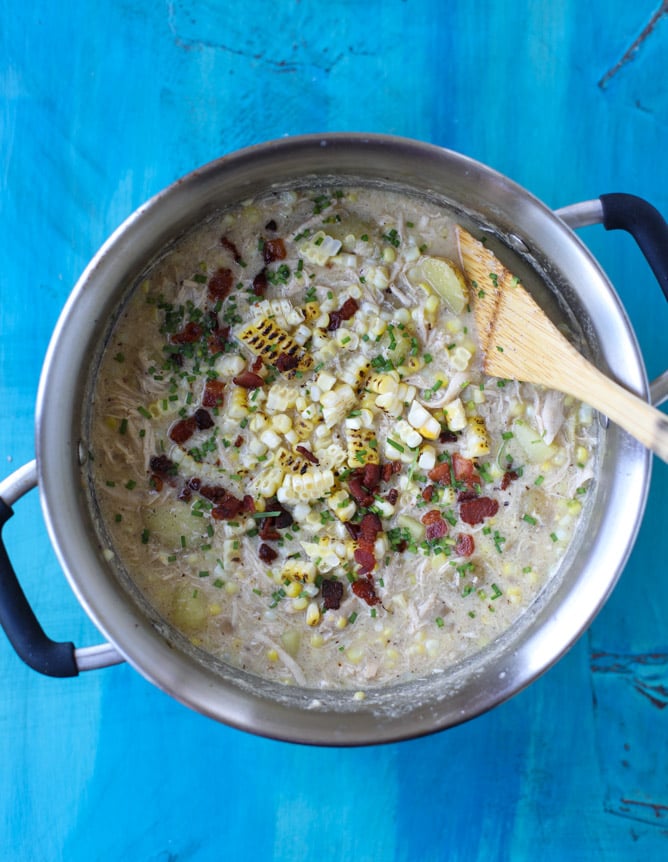 Eddie, however, is not always in a soup mood. He’s RARELY in a soup mood. He doesn’t really consider soup to be a meal, unless it’s something like chili or what not. So my goal was to make a really hearty soup that meant he ate it for dinner alone! 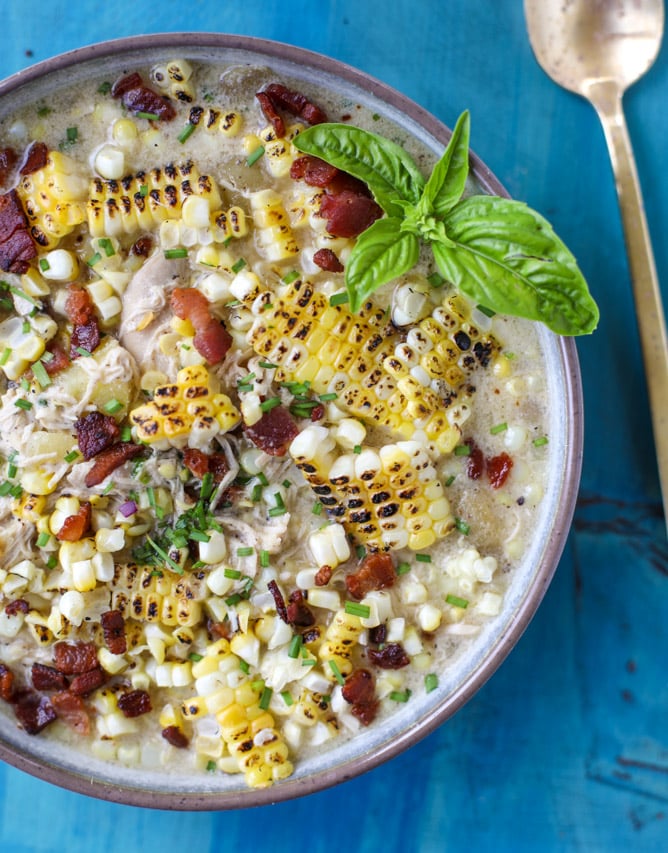 I mean, how could you turn a bowl of this down?!

Max wasn’t as into it – he’s still sort of enjoying his food in separate parts, if that makes sense. Fifteen months ago he would have eaten this up. Today he’s like… “pull the chicken and bacon out and I’ll eat that.” 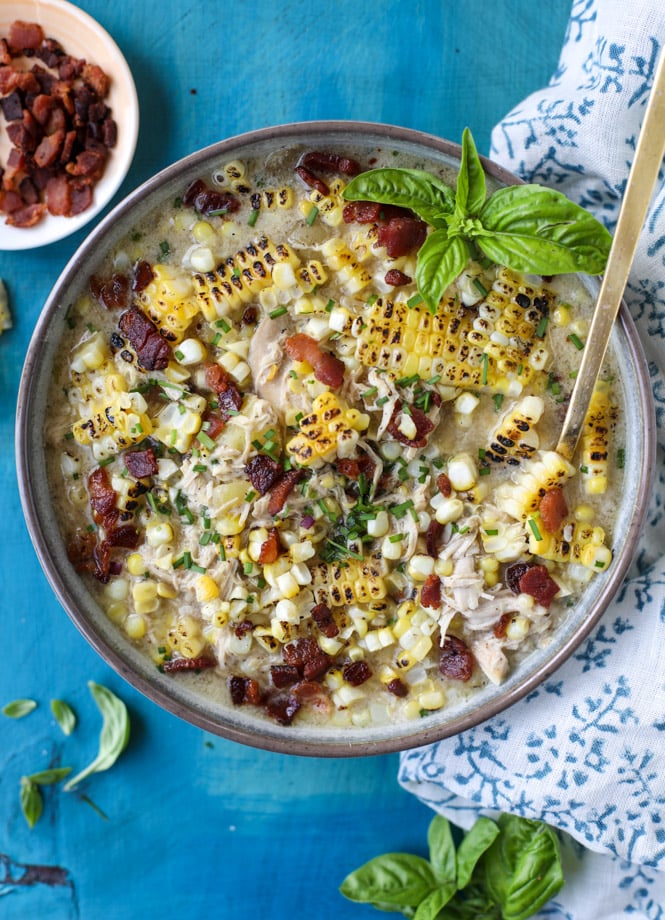 One of the best parts?

You can totally use fresh or grilled or roasted or whatever the heck you want corn in this soup! I used half fresh (cut from the cob!) in the soup and garnished it with a lot more grilled corn right off the cob. Whatever you have on hand – use it. You can even use frozen corn if you want to make this in the middle of winter. Which I probably will like a crazy person. 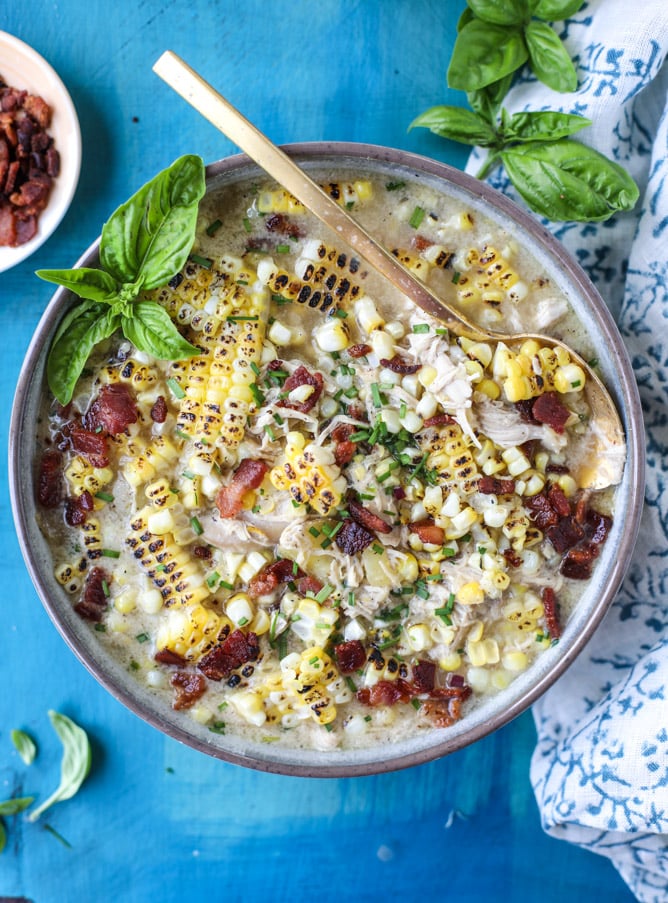 Can you even BELIEVE we’re entering into the last “unofficial” week of summer before Labor Day? I know I’m a walking cliche but, like, WHERE THE HECK did the last few months go? My mind is blown at the speed. Tomorrow I’ll probably wake up and be 75 years old. At least then my music tastes will match my age.

And it will be acceptable to eat soup in the summer. Always! 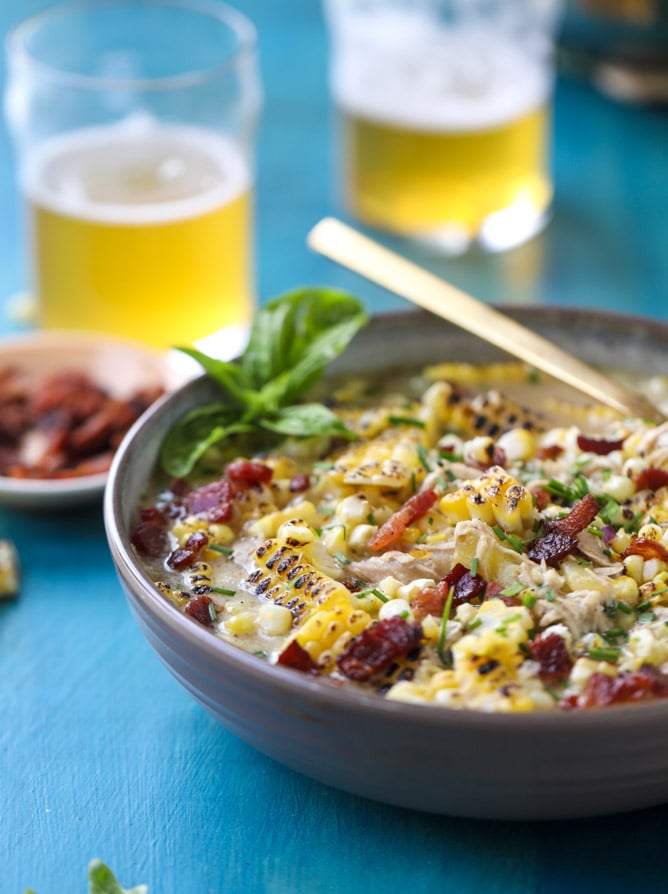 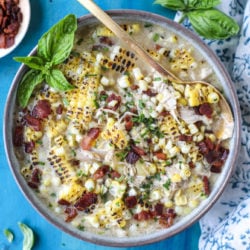 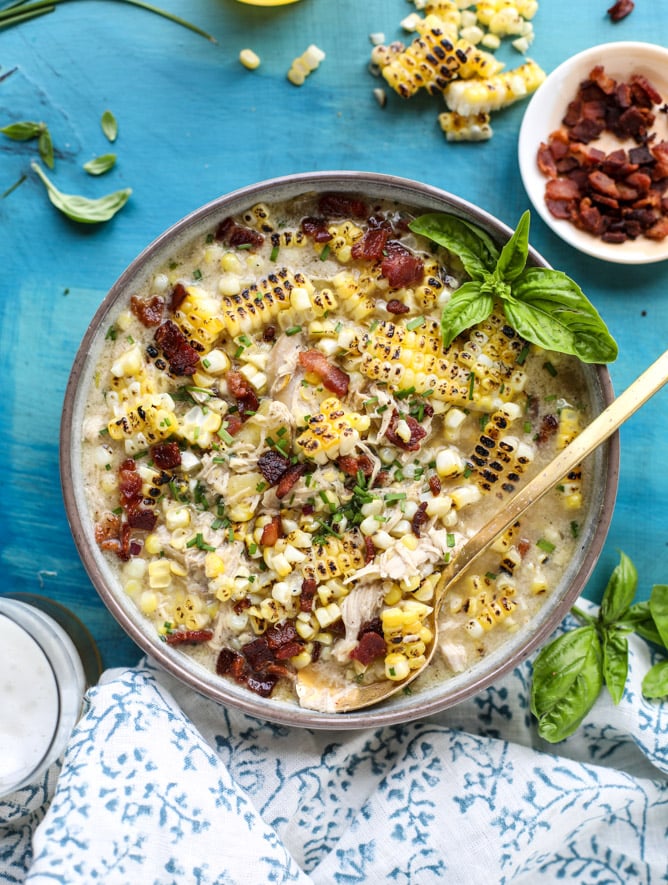 And that’s everything I want in a bowl.