Raise your hand if you’re into fall kale salads! I wish I could raise ten hands, seriously.

This is one of those salads where I actually wanted to lick the bowl when finishing. It was THAT good. I mean, that sort of reaction tends to only happen with super fabulous pizza or mac and cheese or even eggs and toast but never… salad. UNTIL NOW.

This fall kale salad is straight out of my dreams. It is so absolutely fantastic that I have been dyyyying waiting to share it with you guys. It’s been so hard to keep it a secret because of the incredible flavor this big bowl is going to bring you. It’s unreal. 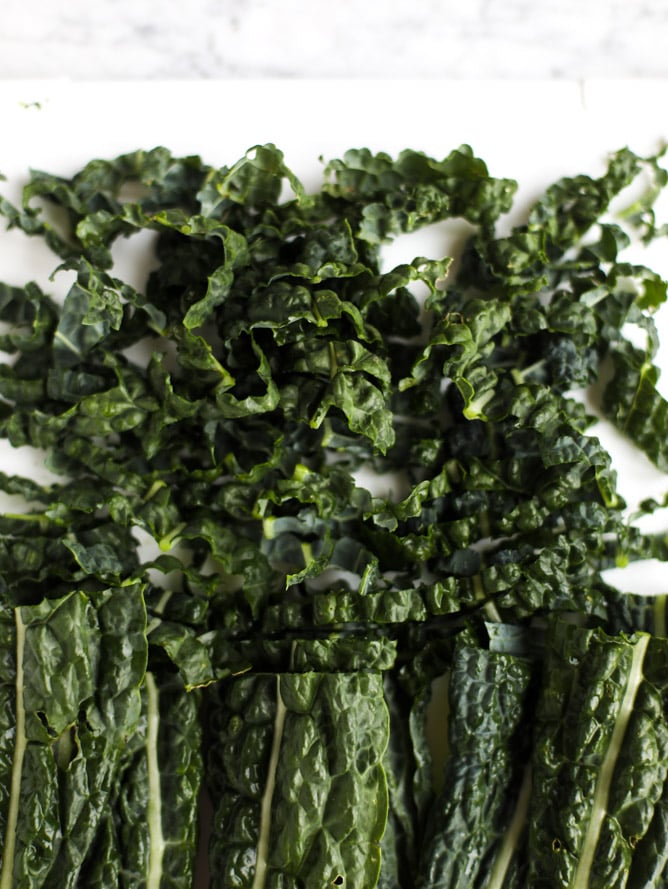 The kale! I love using the lacinato kale and shredding it up because it’s heartier than green curly kale and, like… less kale-ish. Does that make sense? Do you get me?

The moral of that story is that I really love this kind of kale. IMPORTANT. 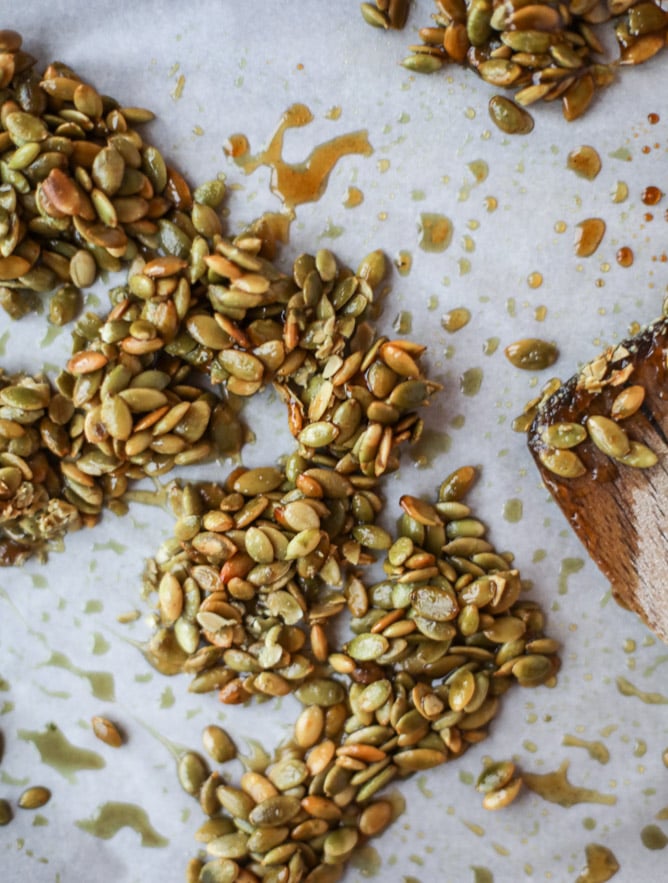 This is a semi-high maintenance kale salad because it two (!!) different kinds of nuts on it. I don’t know what’s come over me but I am loving making different things with all the nuts even though most of my life I preferred if they stayed the heck away from me.

First up, we have these smoky honey pepita clusters that you make in the oven. They can totally be made ahead of time and are really delicious to snack on anytime of day – not to mention ON the salad. I love the smoky honey crunch! 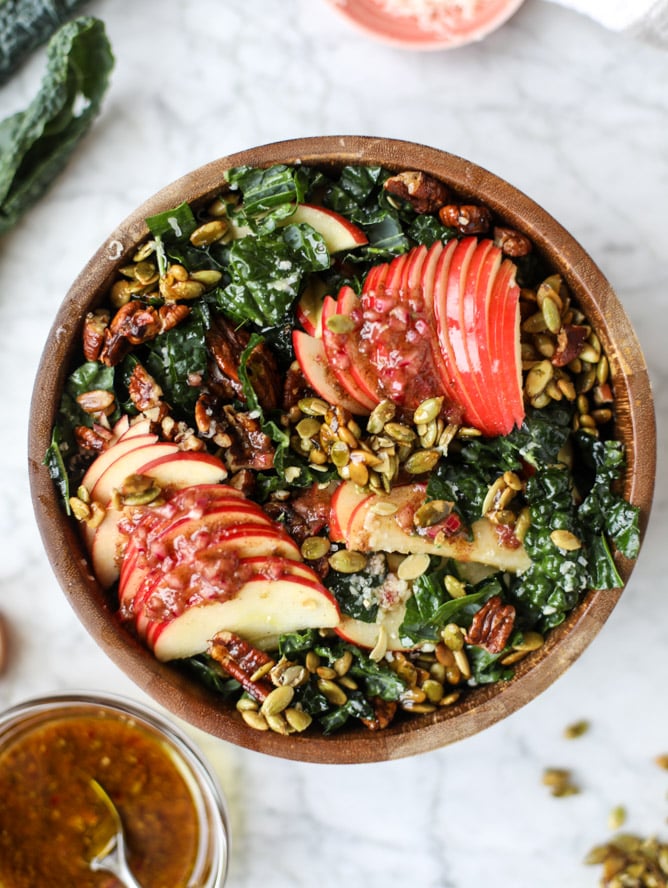 Next up are some sweet and spicy pecans that I simply toasted on the stovetop and they will make your house smell amazzzzing. They also taste like heaven.

There is something about the combo of these two nuts that make this salad taste so, so freaking good. But of course, you don’t NEED both. Just like I didn’t NEED both pairs of velvet high heels that I bought in the last two weeks, both two different shades of pink, when I’m about to have two kids and probably wear heels like approximately once per month.

But I mean, I needed them. They are an investment, duh.

Think of these nuts as an investment for your salad. That you will promptly eat and be done with. Shhhhhh. 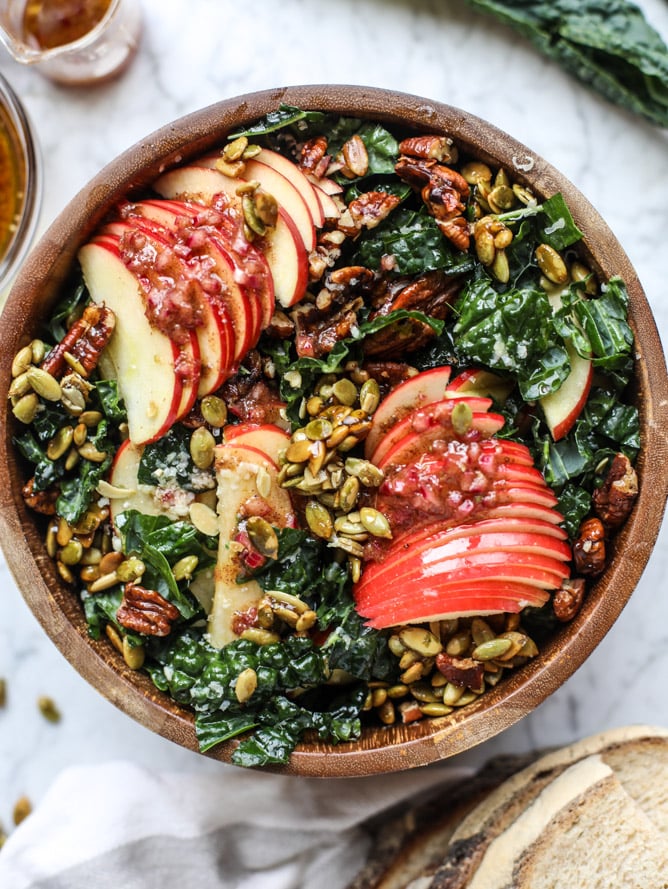 Ohhhhh my gosh. I love it so much. The flavor is just so… FALL. It complements the apples and kale so much. 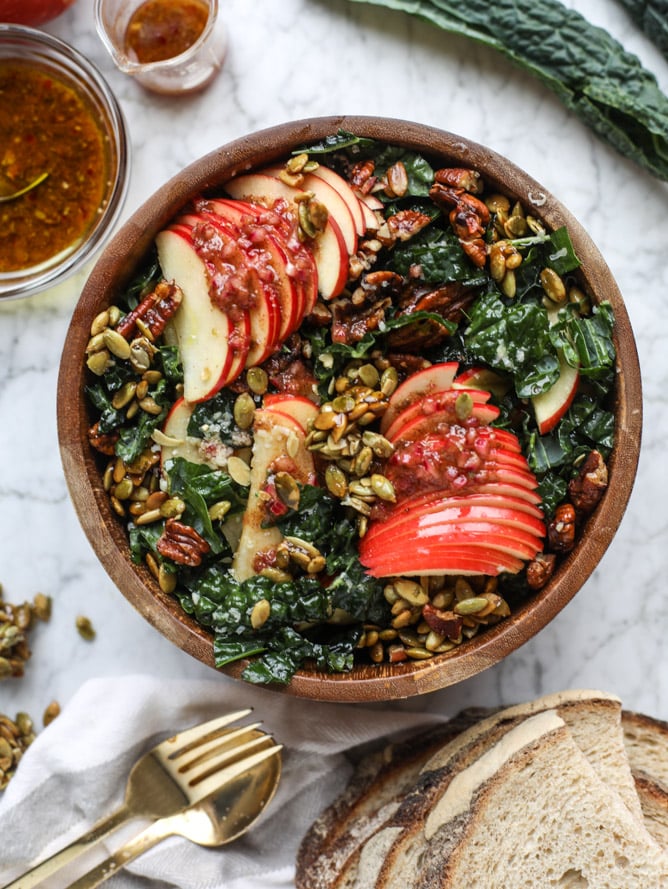 This is one of those salads that I couldn’t stop eating and it doesn’t even have bacon. Or a lot of cheese. There is a bit of white cheddar because what’s better than white cheddar and apples? Nothing.

But other than the slight handful of freshly grated cheddar, that’s it. It’s not like the cheese is the main part of the salad. In a major change for me. 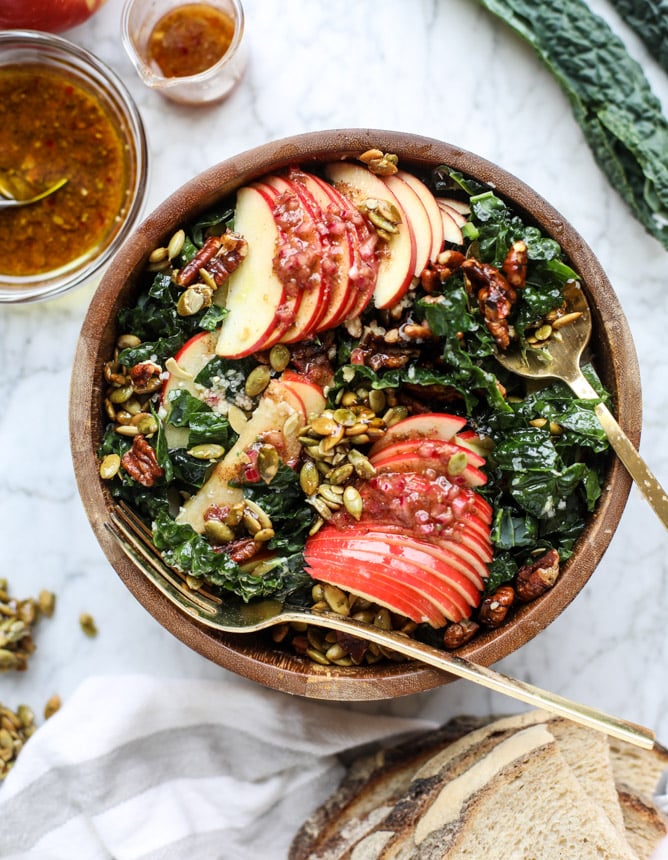 Annnd now that you know what I’ll be eating for the next eight weeks straight… you can join in! 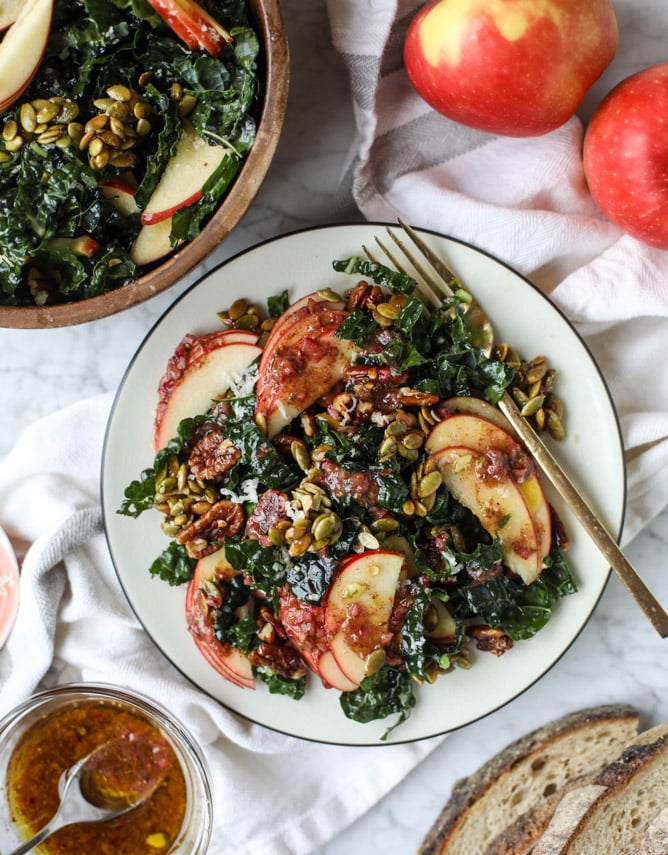 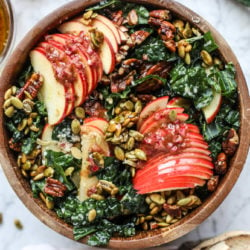 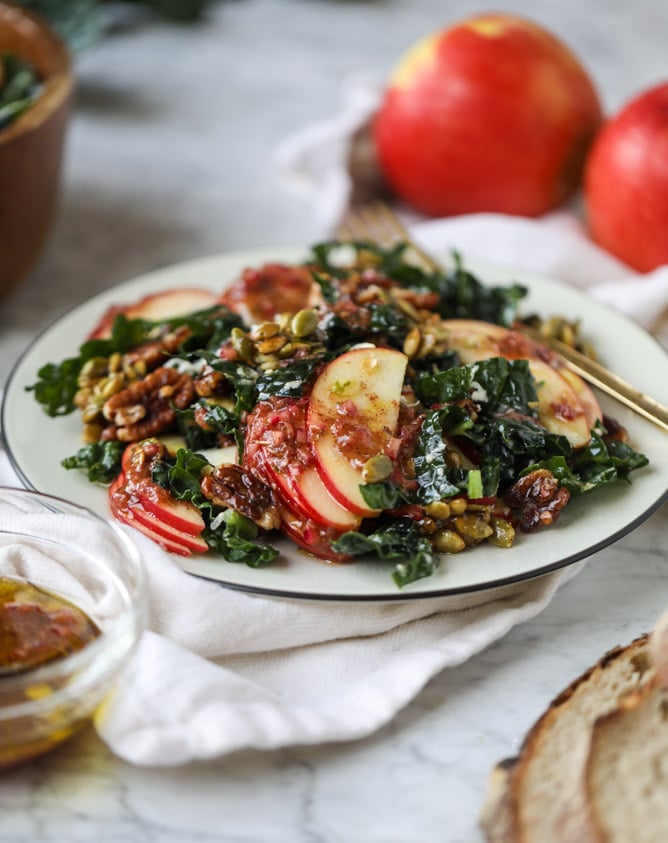 Literally want to eat that up!