Oh my gosh, you guyssssss. THIS PORK! This chili verde pork. In the slow cooker. Is absolute heaven. All broken sentences necessary. Trust me! 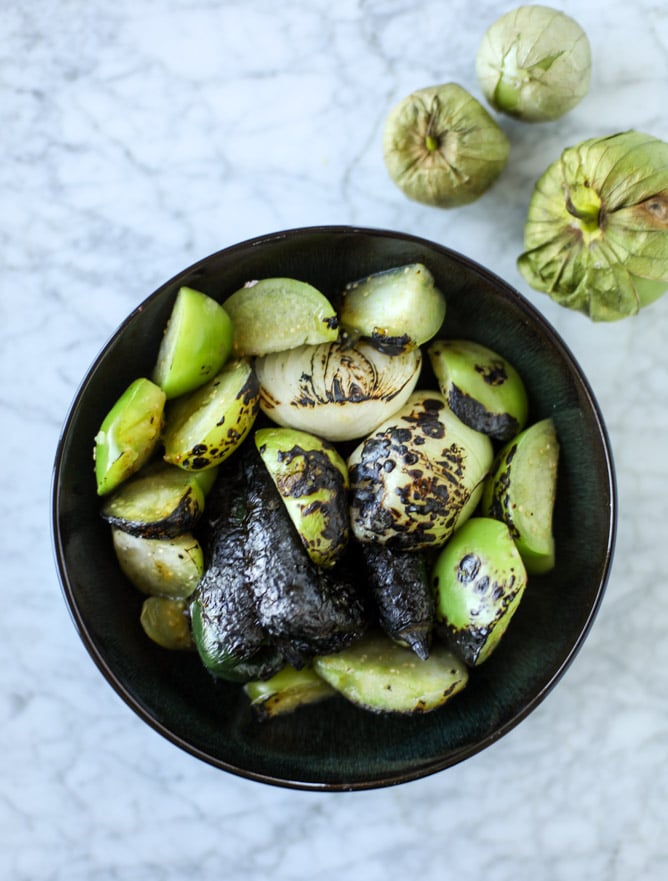 In some attempts to find some new favorite slow cooker meals before the baby comes and to answer your requests for MORE slow cooker meals, I’ve tried a bunch of new dishes and had quite a few fails. This pork is ranking super high on our list right now. Slow cooker macaroni and cheese? Um, totally is not. I swear that I’ve tried out five or six different recipes for it and it turns into sticky gross glue in the slow cooker and is a mess.

Enough about that though. Let’s talk about the pork!

Oh and side note: I think you could totally make this with chicken or beef too. It’s TOPS. We ate this pork for so many different meals for about four days straight. It was that good. We had it in tacos, on salads, on sandwiches, even with breakfast. The taste was just so unreal. A little bit spicy (but not much since I’m a baby and remove most of the pepper seeds) and so ridiculously full of flavor. The depth of flavor is incredible.

And, um, isn’t that green color just so pretty?! I based this recipe off of one that I found on the kitchn and it was pure perfection. It was super easy too because the first time I made it, I just threw it in the slow cooker over night! Blend everything and pour it over the pork shoulder. It’s embarrassingly easy.

In true Jessica-fashion, I had to make it just a bit more high-maintenance than usual and charred the poblanos, jalapeños and even the tomatoes a bit before blending. Living for that smoky, charred flavor! 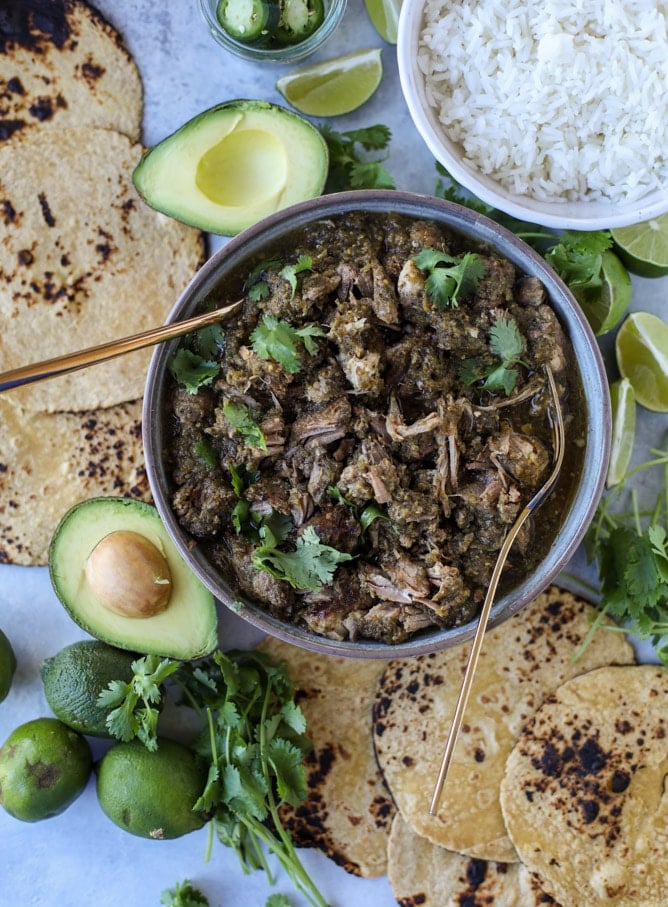 Of course I love it most when throw in a charred tortilla and topped with crumbly queso fresco.

Or when eaten straight out of the slow cooker! 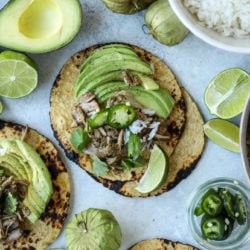 I think this is a totally acceptable way to eat more greens.