[Thanks to McCormick for sponsoring this post! This holiday season I’ll be sharing a few more delicious recipes with their wonderful spices!]

Oh boy do I have a huge treat for you! 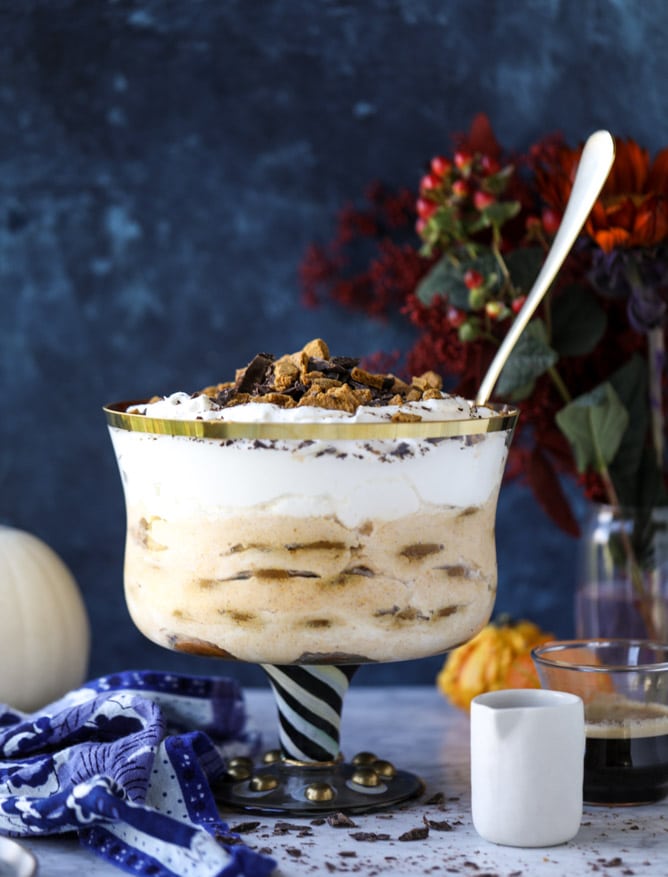 And I do mean huuuuge.

If you’re looking to serve a crowd one delicious pumpkin tiramisu dessert this season, look no further than this maple gingersnap trifle. It’s pure perfection! It has so many fall flavor layers with the maple and the pumpkin and the gingersnaps that I can’t even CONTAIN my excitement. My love for tiramisu has been no secret on this little space of the internet. Even waaaaay before I loved coffee, I loved tiramisu. I specifically remember ordering it at the Italian Oven restaurant (um, which I loved!) way back in the day when I was a kid. It was probably one of the first times that I could ever truly taste the liqueur in a dessert, but I liked it.

While I’ve made countless versions of tiramisu in the past, I’ve wanted to get a fall-flavored one under my belt for the holiday season. And decided to put it in trifle form!

My mom made a killer trifle in the 90s. I mean, she has probably made it since then, but for some reason I like to think that it’s a super 90s-friendly dessert. That still works today! These are great for a crowd.

They might not win any adorable appearance awards once they are served, but the taste totally makes up for that. 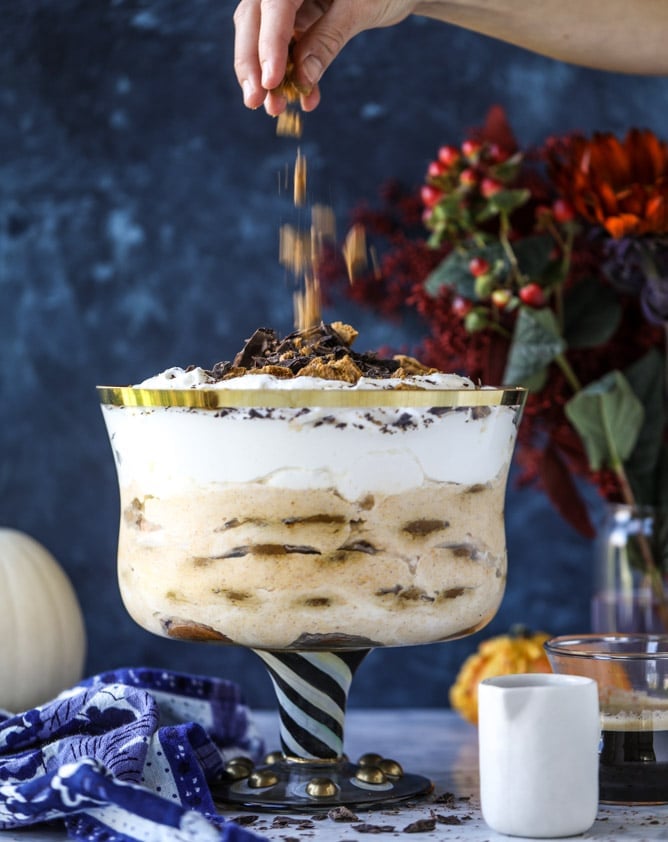 Today, I’m partnering with McCormick for this post to bring you a deeeeelish recipe made with 100% pure maple syrup and McCormick’s fabulous spices. I used their Ground Cinnamon, Ground Ginger and Ground Allspice to create my own pumpkin spice blend, but in a pinch, you could also use their Pumpkin Pie Spice!

I tend to do both, depending on what the recipe is. Sometimes if I’m feeling ambitious, I’ll use a few of my favorite spices to intensify the flavor and customize it a bit. But I also always have some Pumpkin Pie Spice on hand, so it’s an easy swap. The biggest change here from traditional tiramisu is the use of gingersnaps! I figured that these crispy cookies were hearty enough to withhold a good rain shower of coffee and liquer without getting too mushy, and boy was I right. Since they aren’t as thick as the traditionally-used ladyfingers, they don’t necessarily seem like a full layer of cake, but they do offer a gingersnap cake-like flavor and texture.

I don’t even love gingersnaps on their own and in this recipe? Oh my word. GIVE ME ALL THE SNAPS. The silky mascarpone base is sweetened with maple syrup as is the whipped cream on top. The pumpkin and spices get swirled into the mascarpone as well and it is nearly impossible not to eat the entire thing with a spoon. SO GOOD. Hello, can that spoonful be my serving?

And while I wanted to mostly leave the chocolate out of this recipe, a heavy handed sprinkle of chopped dark chocolate on top is the perfect accompaniment. I can’t even think of another flavor mixture that I am loving more than this right now! Pair it with a few shots of espresso and your day will be MADE. 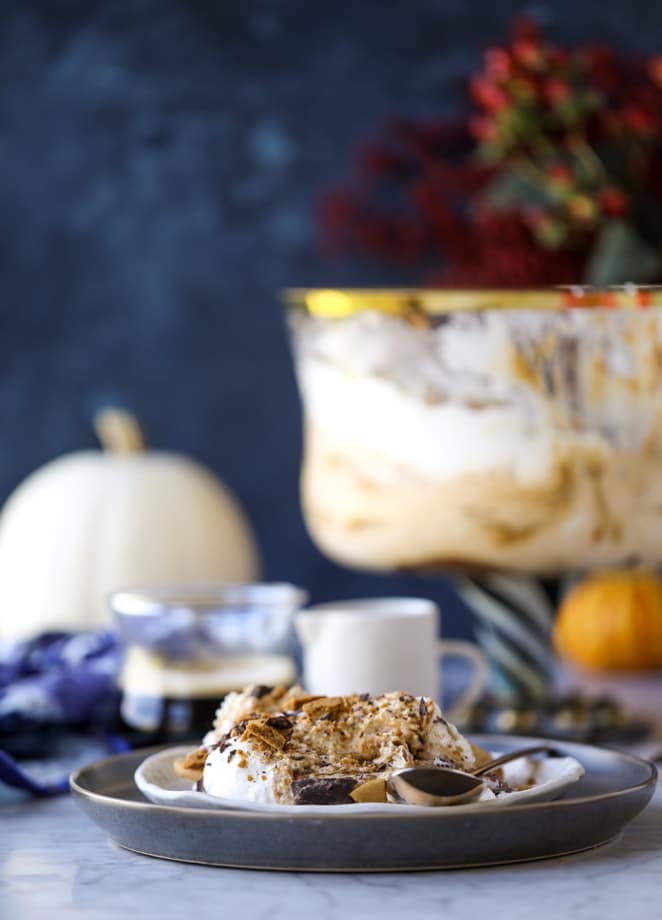 The flavor makes up for the serving mess. I swear!