Let’s talk about your Christmas beef! 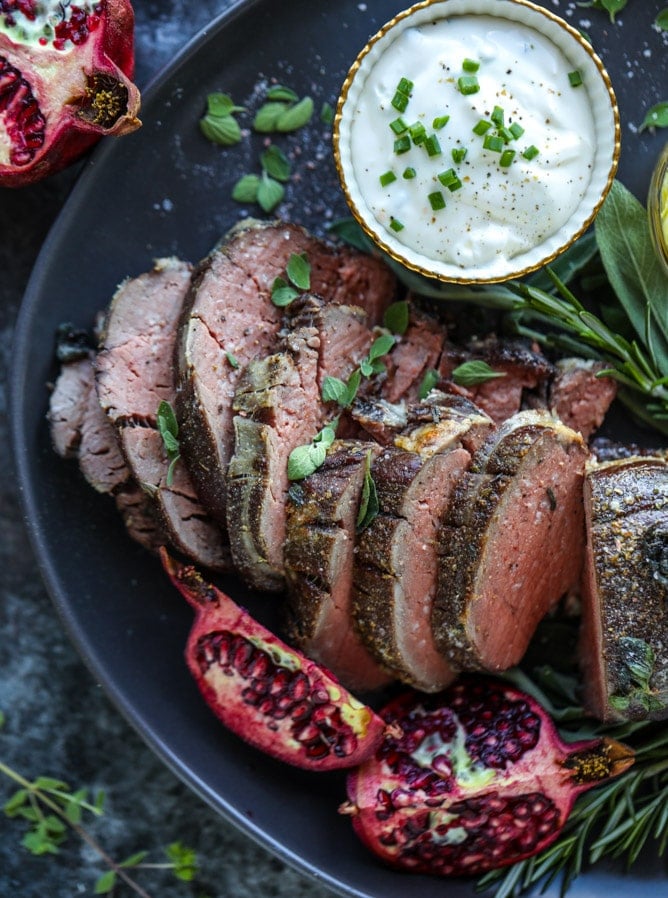 I might have the best beef tenderloin recipe right here for your holidays. Because!

For years, and I’m talking YEARS, my grandma would make a tenderloin on Christmas day. And ever since she passed away, my mom has been making one too. It’s so delicious and such a decadent treat that we really only have for a holiday meal. I mean, never did I ever think that I would be craving beef on a Monday morning but I guess there is a first time for everything. 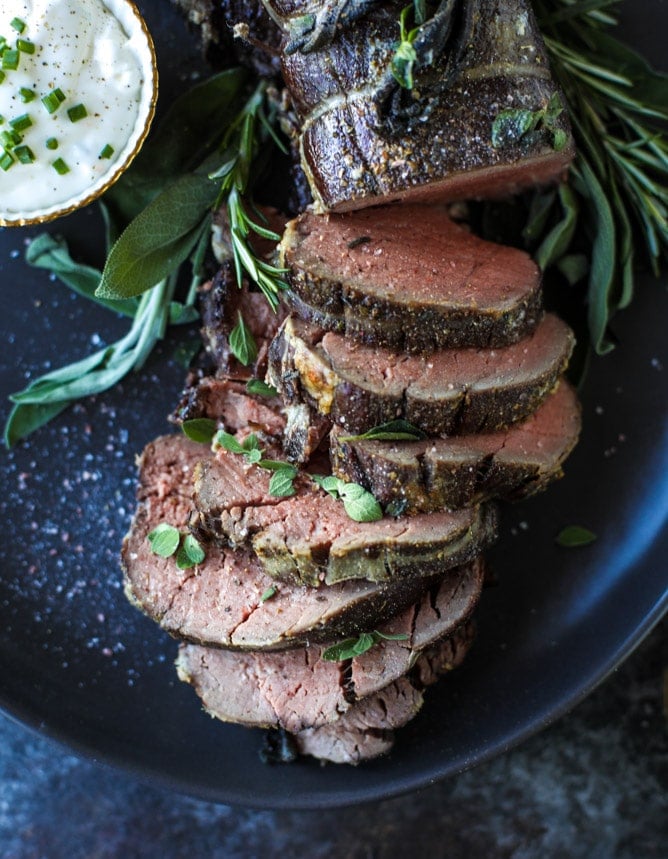 P.S. Just seeing this recipe makes me want to shout out “the roast beast!” because we have already watched the Grinch probably 56 times and it’s only December 11. Yep yep. I can recite the entire movie to you right now. I swear.

The thing was that I had never prepared a beef tenderloin before by myself and I was adamant to learn how. I took this method from serious eats and ran with it. I made three filets in three months to test the method and make sure I could get it down pat. I was so sure that my first attempt would fail or just any attempt would fail, because it’s such an expensive cut of meat and I was certain I’d screw it up.

But! I’m happy to report that this is pretty much foolproof. I absolutely LOVE this method of roasting the tenderloin. It’s so simple and flavorful and tender. It’s just delicious and worthy of the center of your holiday table. 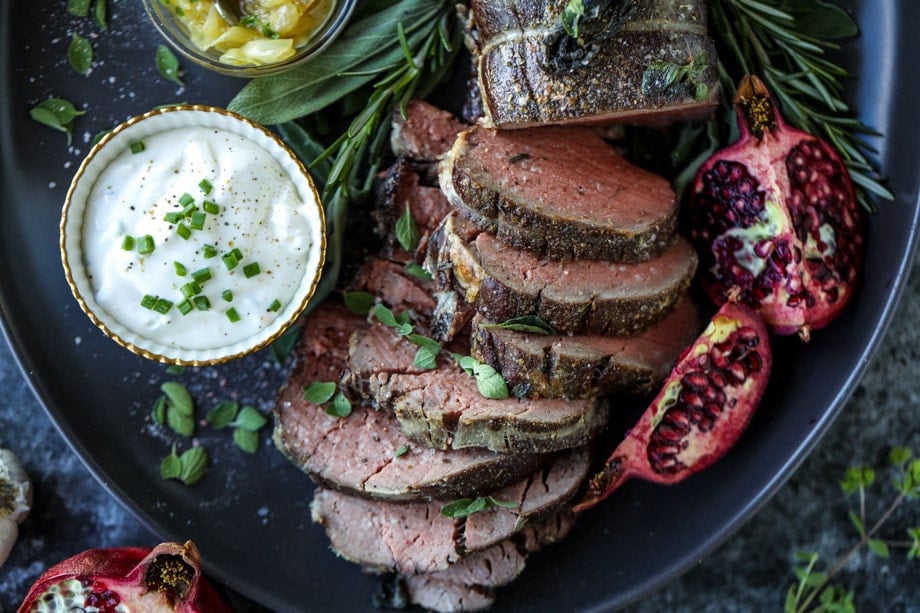 For extra flavor, I threw together a horseradish sauce because let’s just say that we ate so much filet throughout this testing process in the fall, we needed something extra. Extra extra flavor, you know? The brown-ish butter (oh yeah, there is some brown butter here. eeeeep!) and herbs were fantastic, but if you take this filet and make a little sandwich with it and throw some of the horseradish on top? Oh Mylanta. Fantastic.

So now that we’ve talked about this whole plate of flavor, I’d LOVE to hear what you eat on Christmas Eve or Christmas day and what your traditions are? Aside from the cookies, of course. Tell me all the things! 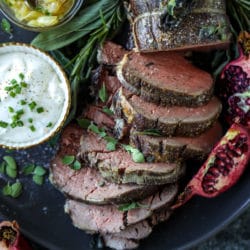 this recipe is highly based on this version from serious eats!
Course: Main Course
Cuisine: American

Sandwich it with some fondue too. For real!

48 Comments on “Herb and Butter Roasted Beef Tenderloin with Horseradish and Caramelized Onions.”