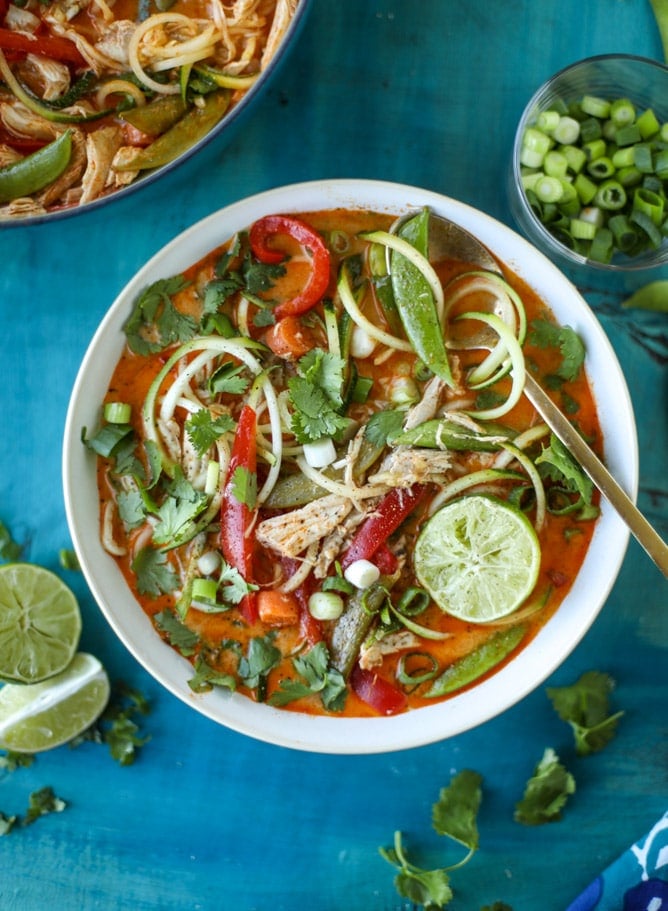 And we’re starting here with this chicken zoodle soup.

We’ve had LOTS of beige foods over the last two weeks. Beige, brown, white and… cookies. Those were the food groups. It was glorious. It was gluttonous! 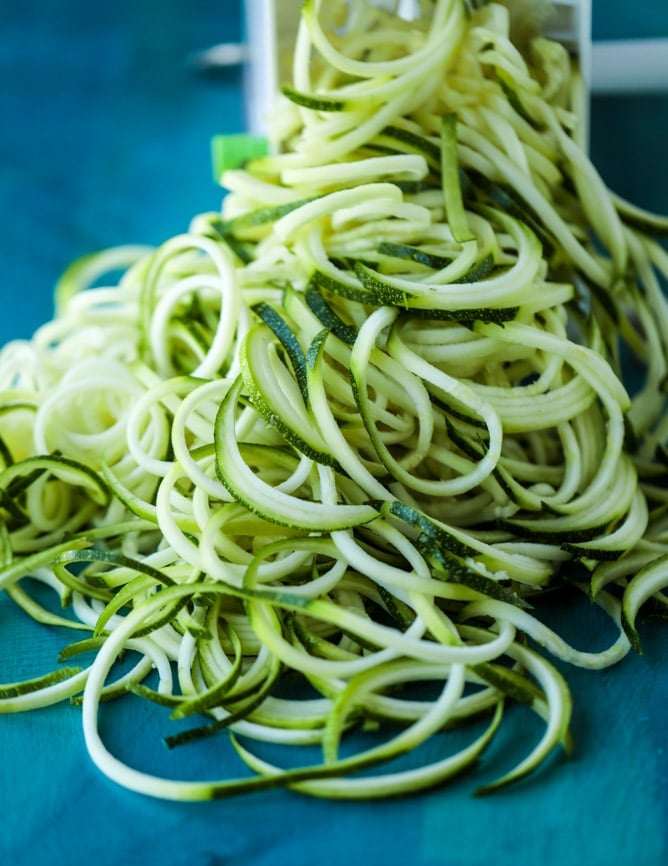 Even though we eat pretty balanced dinners throughout the week and Max eats a healthier diet than I ever expected, one of my goals for 2018 is to make sure our dinners are SUPER colorful. I’m not so much doing it for me (though I get to reap the benefits too!) as I am for Max and eventually Emilia. I want them to be used to eating colorful produce at meals. Every meal, when possible.

As he grows up, I want him to wonder where the green food is and where the salad is at dinner or where the vegetable is on the side. Is this possible? I’m sure hoping so. 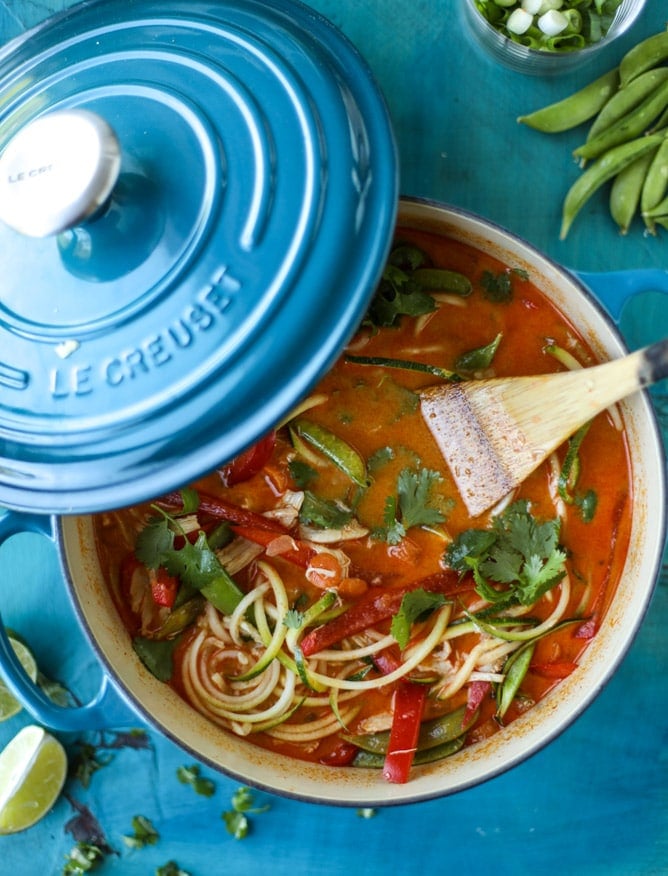 Soup still isn’t his thing – at least not an overly brothy soup. If it’s like a heartier chili or chicken and dumplings, he is all over that. But brothy soups aren’t something he has experienced a ton of.

I think it’s warm liquids in general, because I tried to get him to drink hot chocolate when we went ice skating a few weeks ago and he took one sip and looked at me like he might die. It wasn’t even HOT, you know? How can I get this kid to love warm chocolate and melty marshmallows?

Starting with chicken zoodle soup is probably not the answer, but I’m going to try.

We absolutely love these thai curry shrimp noodle bowls and I’ve wanted to make something similar with chicken for ages. And how fun is a zoodle soup?

To be honest, I could care less about zucchini as any sort of side dish. Unless it’s breaded and served with lots of parmesan and marinara. Otherwise, I’m just like… meh.

But zoodles I’m into. Basically I am a child and the spirals are fun to eat. My mindset is probably right on par with Max’s, right? In this recipe, I don’t cook the zoodles because once they are added to the hot soup, they cook a bit on their own. I also like the crunch and don’t want them to overcook, so into the hot broth they go!

Also. This is one of those recipes that I like to have in my arsenal for leftover nights. And what I mean by that is that I will use leftover shredded chicken. Whether it’s leftover from another recipe or if I just buy a rotisserie chicken, I rarely cook the chicken alone for this recipe. If you want to do that, I suggest quickly broiling or even boiling two chicken breasts and then shredding them! Boom. Done.

Other add-ins are also perfect, such as shrimp or even pulled pork (we have a ton leftover from New Year’s Day!) or just leaving it as a veggie heavy soup. Cue the shocked face.

Makes you feel sooooo good in this new year. Before sneaking one more cookie. Just one more.

Take a peek at my video for chicken zoodle soup! P.S. you can always add bread. Dip it! Sourdough is my drug of choice.