Let’s throw everything in a skillet and call it lasagna! 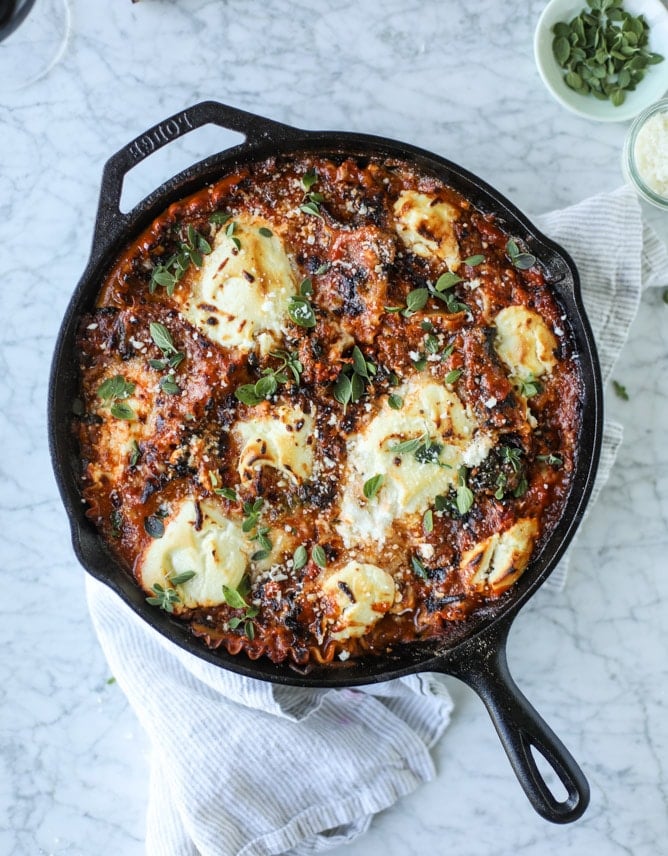 Skillet lasagna, that is.

We have meat, a veggie, noodles, ricotta, sauce and some mozzarella cheese soooo…. I think we’re good.

It’s fun when I can make up the rules! Even though we made it through the first week of 2018, this is bound to be a long one since it’s the first FULL week. Right? That’s always the hardest. Especially if you’re stuck in the bomb cyclone polar vortex igloo! Otherwise, skillet lasagna is going to be your BFF this week. Look at all those greens. HELLO HEALTH. There are only a few foods in this universe that I’m not into, and sausage is one of them. But! It’s really only due to the fennel seeds. Mostly. Because THOSE ruin everything. Funnel seeds (along with celery) can go take a very long walk off a short pier. Please and thank you.

Occasionally I can find some sausage without fennel seeds, or I make a dish like this for Eddie because he loves sausage – and I’ll pick around the sausage. No big deal. 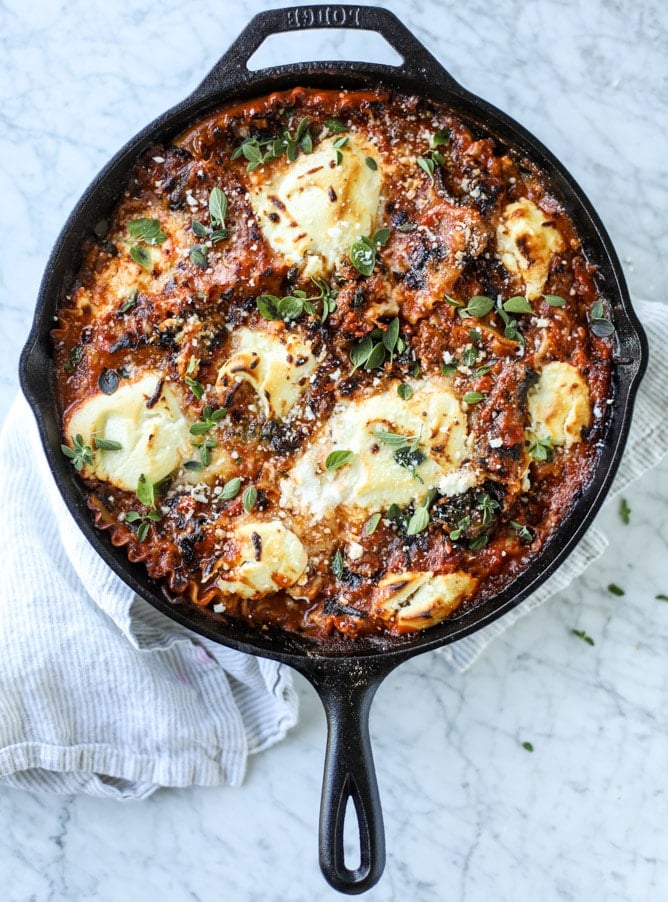 Skillet lasagna is something we LOVE in this house. I first made it and shared it here over five years ago, which is absolutely crazy. I can remember the exact day I made it to photograph for the blog, standing there in the kitchen, taking photos and eating it right out of the skillet because it was so darn good. One of the reasons that I love making skillet lasagna is that, aside from it being obviously way less time consuming and tedious, it’s actually not terrible for us!

There isn’t QUITE as much cheese in this skillet – not like you’d have in a big old baking dish of lasagna. And while I almost always use whole wheat lasagna sheets for the layered-in-a-dish casserole, this one makes it much easier to just throw some of your favorite whole wheat pasta in the pan. And again! All the greens. Wahoo. I won’t be mad if you add in a touch of extra cheese though. You rebel. 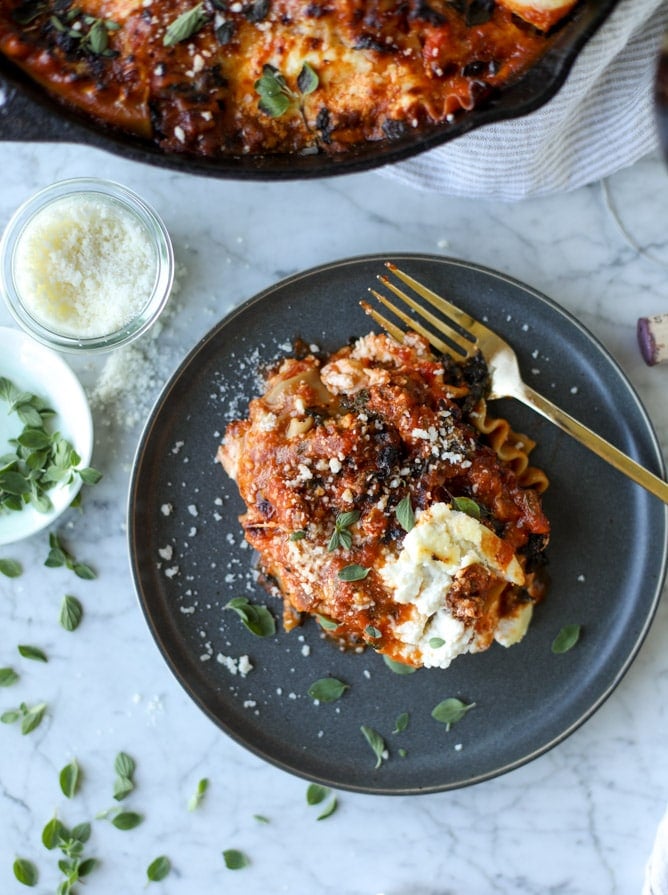 I love that bubbly brown cheese!