Or in other words, where the heck is spring?! Can we will it to us with a lavender latte?

All I want to do is drink a lavender latte in the sunshine! I can’t believe we are under a foot of snow here at the moment. It’s crazy! Because back when I was planning out what recipes I would share with you from the book, I figure this lavender latte would be the perfect one for the first week of Spring. I mean… it’s so springy! A way to ease into things. Guess what? This is the very first recipe that I knew I wanted to put in The Pretty Dish! The very first. Out of all 150+ recipes, back in 2016? I knew this would be it. It was my first official recipe! Well… err… maybe this AND my pistachio latte. Totally on a coffee kick.

I had a lavender latte at Smallman Galley and it was super good. I was obsessed with creating the drink at home. Because here’s the thing – lavender vanilla is not a new concept for me. I used to be OBSESSED with the combo, and it all started with a candle. 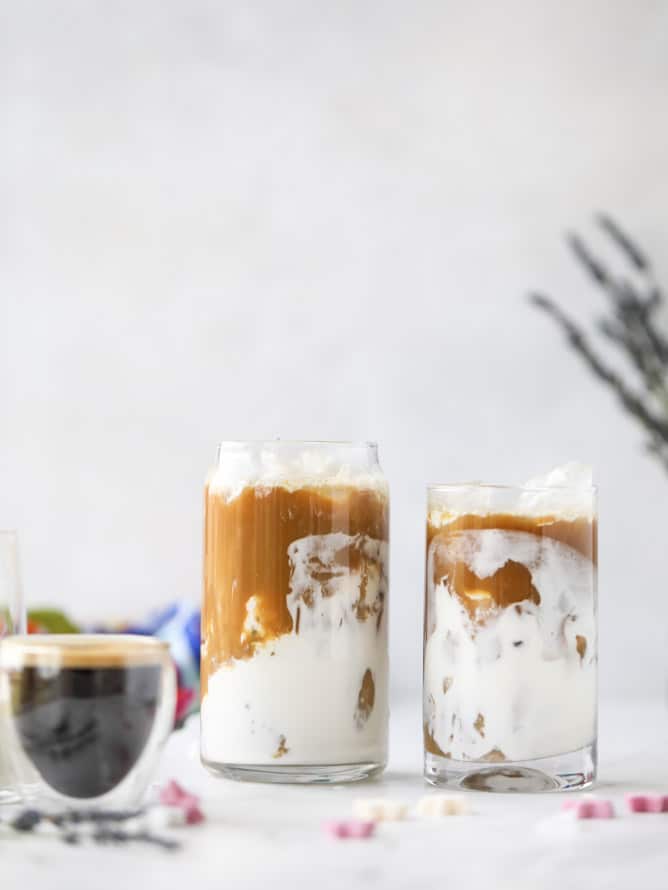 But really, I think lavender vanilla candles kind of smell like ice cream shops. A little waffle cone-esque or something. And back in the day, I made lavender white chocolate popcorn. It was my first venture into baking or cooking with lavender and that was a really big thing, because I’ve always been turned off by floral scents and flavors.

However! Mixing the lavender with the vanilla? It’s just divine. It’s slightly sweet without being too much. It has this taste that makes you go “what is that” and it’s not in a weird way. It’s delicious hot too, but my favorite way to consume it is iced because it just tastes like sippable ice cream.

You have GOT to try it! And here’s a thirsty Thursday how-to video too! 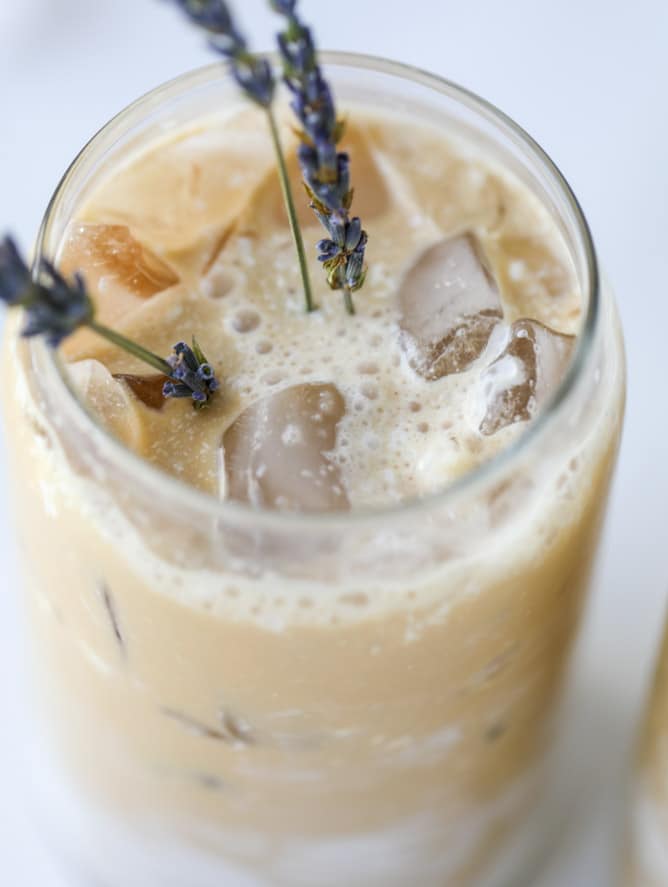 Craving these forever and ever.