The Best Ever Baked Oatmeal.

This is seriously the best baked oatmeal you will ever eat. 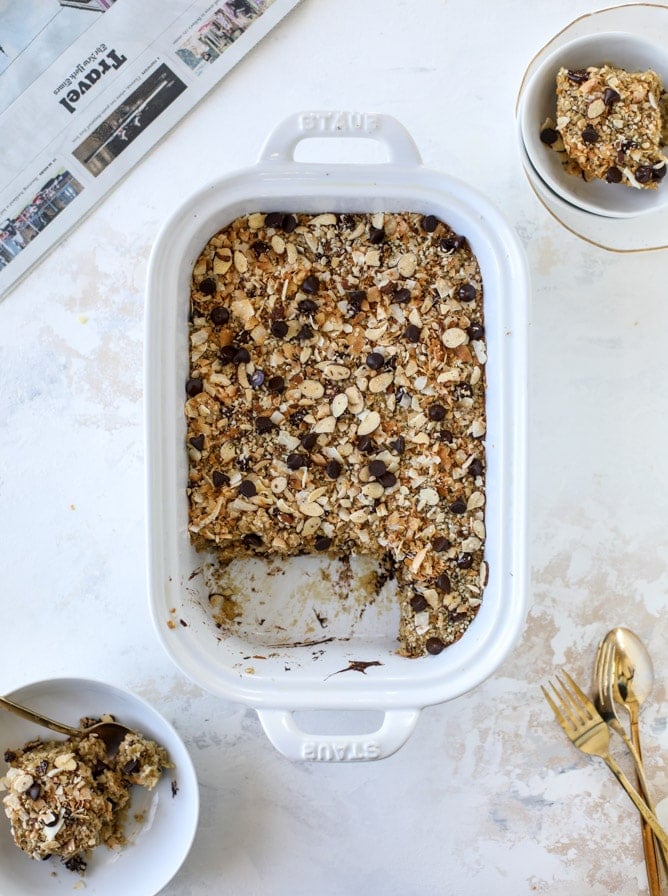 And I know that I’ve shared many baked oatmeal recipes over the years. I even have one in my first cookbook, Seriously Delish, and you guys make it ALL the time!

So here’s the thing about this oatmeal recipe.

Yes. It’s like oatmeal cake. Dessert oatmeal. Baked, crunchy, sugary oatmeal that is so fantastic you won’t be able to stand it. Or stop eating it. This is one of those recipes that you make for a crowd, a brunch party, or even dessert if you’re weird like me and want to serve it with ice cream. It’s not something I’d prep ahead to eat for the week for breakfast because it isn’t that good-for-you kind of oatmeal, but I’m definitely not against having the leftovers for breakfast or a snack during the week.

It’s the oatmeal you make instead of cinnamon rolls or French toast or chocolate chip pancakes. Like, it’s on that level.

Dessert, I tell you!

And it came from a big old box of recipes that was a combo of ones my mom had saved, some on index cards and what I have left from Mother Lovett’s stash. Apparently it’s close (or similar) to a baked oatmeal recipe at Hershey Park. Take me to the chocolate spa please! 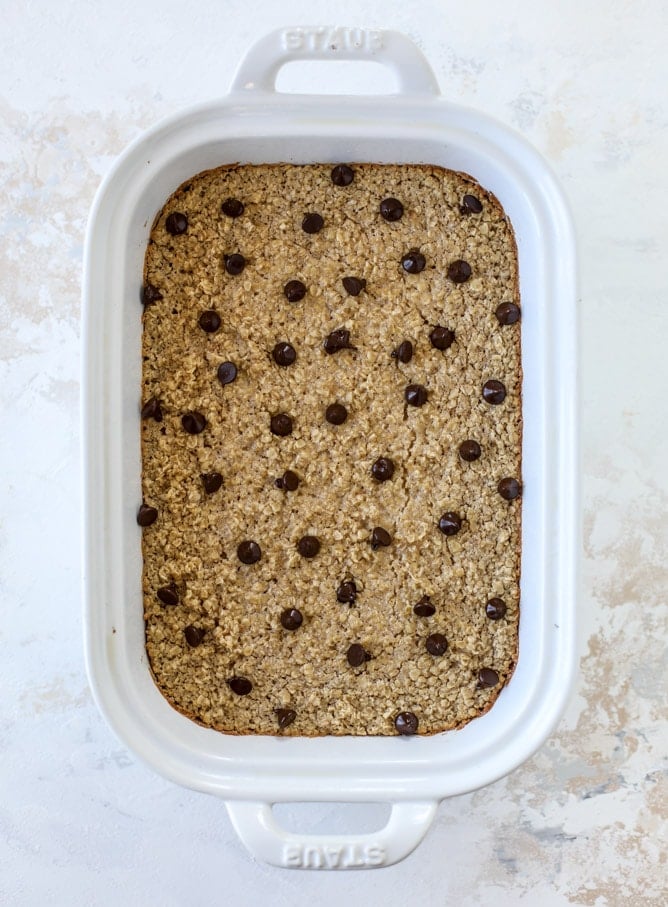 The texture is UNREAL. It’s super dense but also crunchy. It’s satisfying and filling and so incredible that I can’t help but with it was THAT oatmeal. You know, the oatmeal that does all the good things for us.

Alas, it’s not, but we still have to discuss it. We should probably have a contest to see who will make it the most! The oatmeal recipe itself is very versatile. I added nothing extra to it. No fruits or nuts – but that’s the thing! You can add WHATEVER you want to it. You can stir fruit or chocolate chips or toasted pecans into the oatmeal before baking. Now the top is where I went a little crazy.

I sprinkled on sliced almonds, flaked coconut, extra chocolate chips, hemp seeds and even chia seeds before baking. It make the top even crunchier! Oooooh my gosh, just look at that layer of oatmeal love.

Serving this with a drizzle of milk or cream is perfection, but like I mentioned above, ice cream for dessert on top? I’d never say no.

I also love how it’s served in perfect squares. With the semi-crispy outsides and the soft yet dense insides… oh Mylanta. It’s simply heaven. 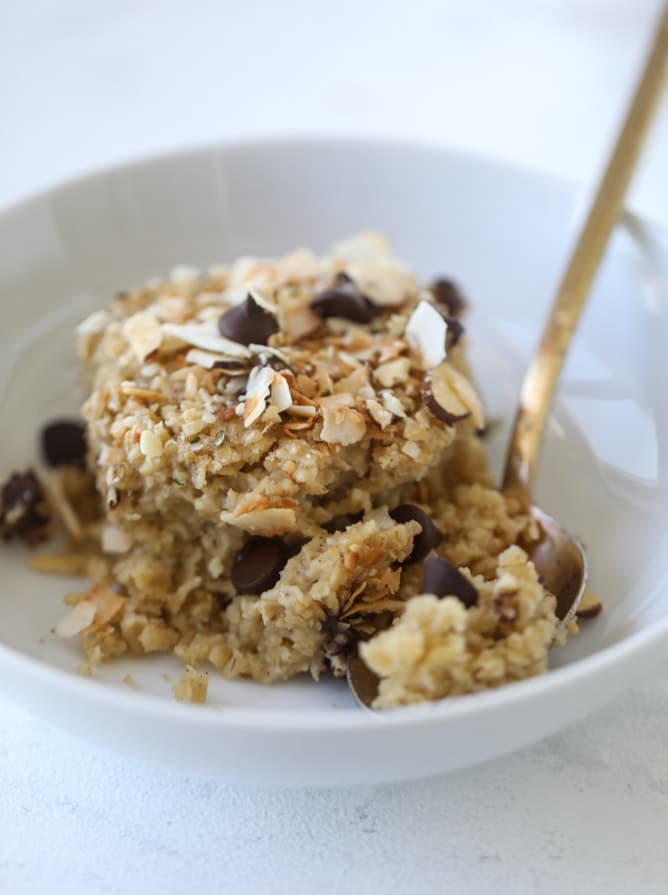 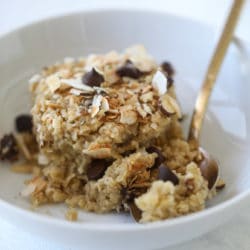 The Best Ever Baked Oatmeal 42 Comments on “The Best Ever Baked Oatmeal.”