I’ve been waiting all summer for this root beer float! I don’t know what it is about s’mores. I’m sure it’s the flavor. Definitely the texture. Probably the mix of chocolate-y goodness and melt marshmallow?

The s’mores combo just makes EVERYTHING better and it’s certainly the case with this root beer float. The fact that this is not the first root beer float I’ve shared on my blog is slightly alarming. It’s not like you need an actual RECIPE, after all.

Remember when I was super into all things root beer float? I made these root beer float cupcakes and it’s been years since I’ve had them again, so perhaps this weekend will be it. Those things are insane!

I’ve made root beer floatsicles and early this year I made the root beer rum creams.

There is something about root beer floats that just taste like the greatest parts of childhood. And I can’t even tell you the last time I drank an actual root beer. And you’re not seeing things! Last year around Saint Patrick’s Day, I made s’mores stout milkshakes with beer and they are deeeelicious.

Like super sinful and wonderful and such a treat.

So here we go again. These floats are my ode to summer. 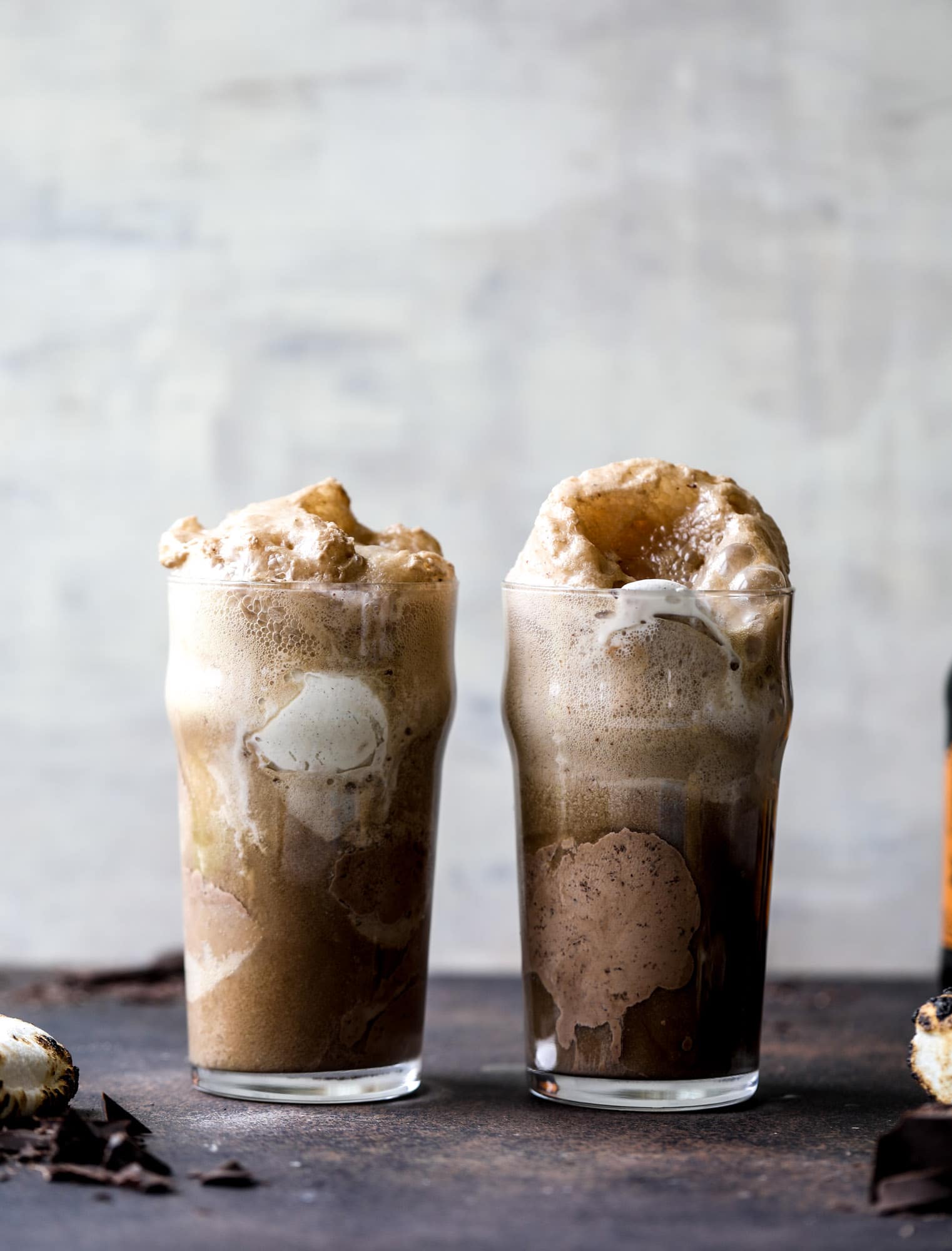 I’m torn! Because with a month of summer left, there are still a handful of warm weather cocktails I want to make. But it’s also honeycrisp season, and since that lasts for only a few weeks, I can’t miss out!

I think that this s’mores root beer float is sort of my farewell to summer cocktails and mocktails. After all, I have shared nearly 20 (!) of them in the last few weeks. Definite options.

You can also take this over the top and add some marshmallow cream if you wish. Sometimes I’m into that, other times it’s super duper sweet.

ALL the time I want a s’more though. Yield: 2
Total Time: 20 mins
A fun twist on a classic root beer float, using the flavors of S'mores and both vanilla and chocolate ice cream. Plus the mix of chocolate-y goodness and melted marshmallows from the S'mores!
Print Recipe Pin Recipe
5 from 8 votes
Leave a Review » How could you not?!