If we’re not putting apple butter in our cocktail, are we even October-ing? That answer would be no, so an apple butter cocktail is here! We have a ridiculous amount of apple butter in this house. Eddie absolutely loves it and has it on toast almost daily, and he gets jars from local farms that are gigantic! The biggest jars he can find and he just enjoys the heck out of it.

I like it a lot too, but not nearly as much as he does.

However… I knew I’d love it in a cocktail. Apple season is just the best. Not only do we go through apple butter and apple cider, but we all (well , not Emilia yet!) eat an apple every single day. Apple freaks, I tell you! This season gives me life. This is how good this is. And how simple:

You shake apple butter and bourbon together with ice. That’s it! Well, I like to add a pinch of cinnamon for extra warmth and seasonal love.

Pour it in a glass. Add some ginger ale or ginger beer on top. Now that’s really it. It’s up to you whether you want the ale or the beer. The ale is sweeter and the beer is spicier. The beer has a bite and the ale is more fizzy. I like both! It depends on what kind of mood you’re in.

Keep in mind that the apple butter does sweeten the drink, so you might be team ginger beer. I usually am.

But then sometimes, I want the ginger ale taste of my youth and like to go that route. You really can’t go wrong. Of course, a cinnamon sugar rim is more than welcome too.

This is such a fantastic fall drink because it just warms you through, but it’s still iced and that’s my faaaaavorite kind. Must try. ASAP. 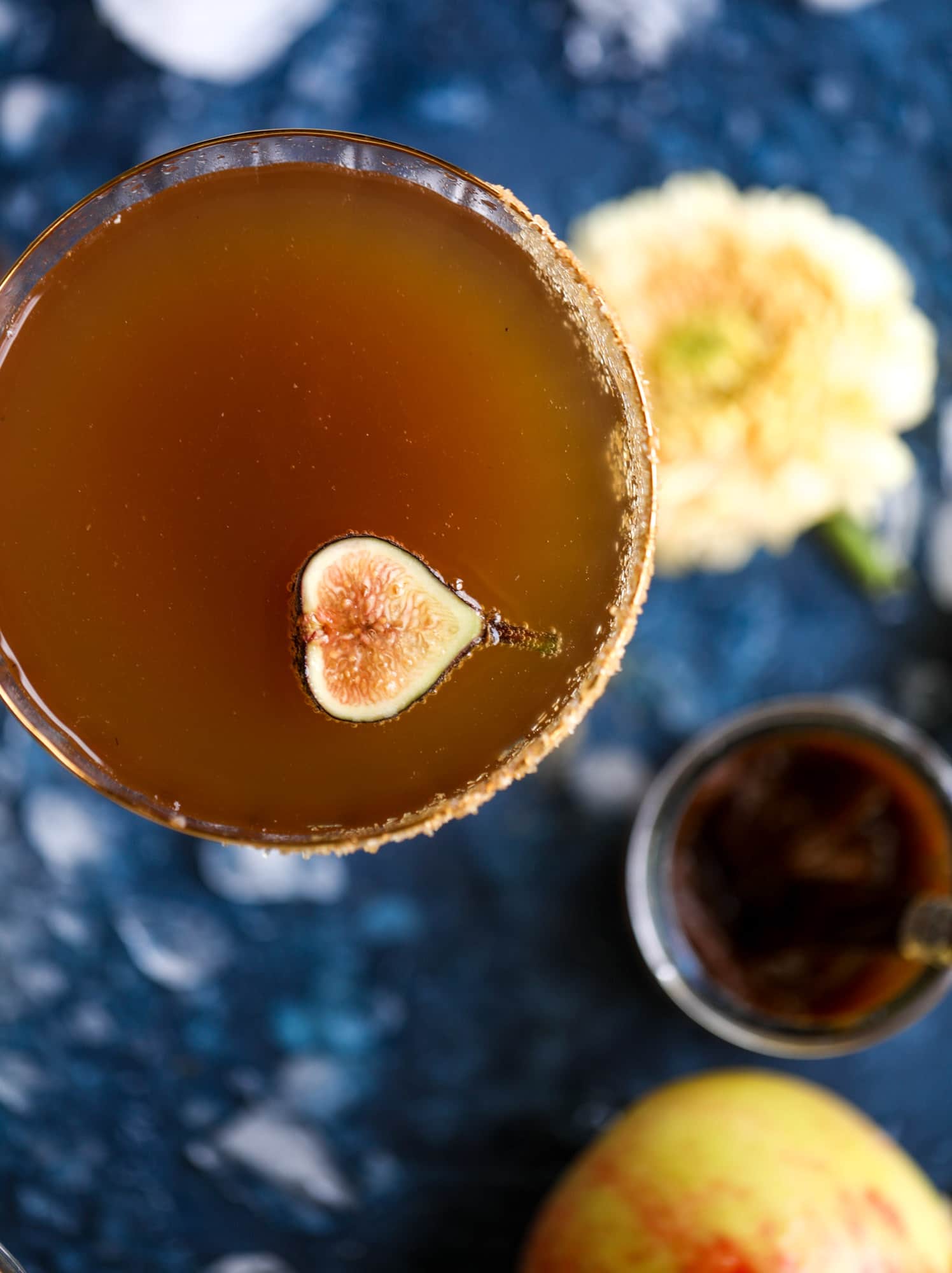 And then take a float on that fig raft.