My heart belongs to this artichoke soup. Whyyy have I never made artichoke soup before? Recipes with artichokes were some of the first that I shared on this blog – crazy. But soup? Nope. Today I’m partnering with my loves at DeLallo Foods to bring you the creamiest, dreamiest artichoke soup!

Yes, that’s right. When I think of artichokes, basically the last thing that comes to mind is soup. Which is exactly why I had to make some.

The base of this soup is made with the artichoke hearts. I used the artichoke hearts in brine and once you cook them down, they get more tender than you can even imagine. There is cream and crème fraiche and the whole pot is like a big hug simmering for you. It’s SO good.

My favorite part though? The garnish. I have loved these grilled artichoke hearts since they released a few years ago. Seriously, they are a staple in my fridge. I put them on cheese boards, in salads, on pizza and now… in soup. Or, uh, on soup. This may not be the most vibrant soup, but it’s the perfect shade to bring a little spring into our lives, right?

Float a little crostini on top with the grilled artichoke heart. It adds a nice contrast to the creaminess of the soup and well, you know I always need a bit of crunch. Finish this with some pepper and a little lemon spritz. So fresh!

I love this soup so much because it’s a bit brine-y. My pickle-loving, vinegar-obsessed heart can taste the slightest hint of tartness left over from the canned artichokes and it’s ideal for dipping. If you’re not into that little bit of tang, you could use frozen artichoke hearts that aren’t in brine. I would not suggest using marinated hearts, as they will just end up being too oily. Fabulous for garnish though! Oddly enough, even though this is a creamy soup, it’s not super heavy. It’s rich but light in flavor and I really love it for the winter months. But it could totally work in Spring too.

My best suggestion is to serve it in small cups or shooter glasses as a starter or as part of a cocktail party. It’s perfect for that.

And lots of extra bread. And white wine! 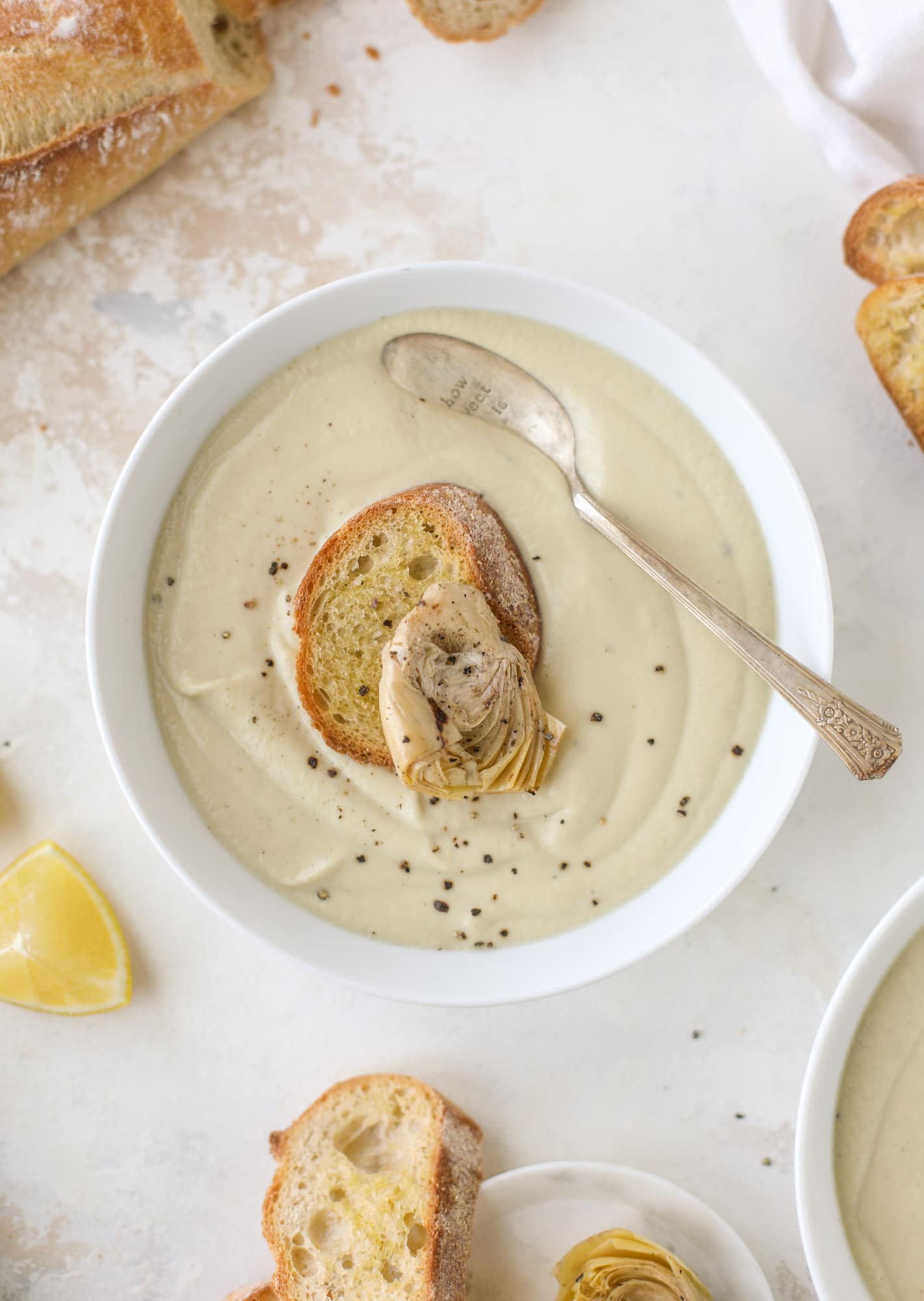 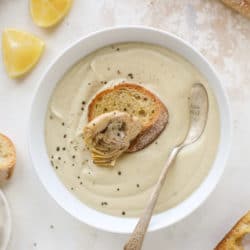 Soup is just a vehicle for toast.