Max & Emilia Moments (and a whole lot of rambles).

Sometimes I get weird and feel like I’m oversharing. I mean, I obviously overshare most of my own life, but then I don’t know if I should with the kids! At the same time, I love having these updates and rambles as my own personal diary-like memories. So here we are.

This is what’s new with the little loves of my life! 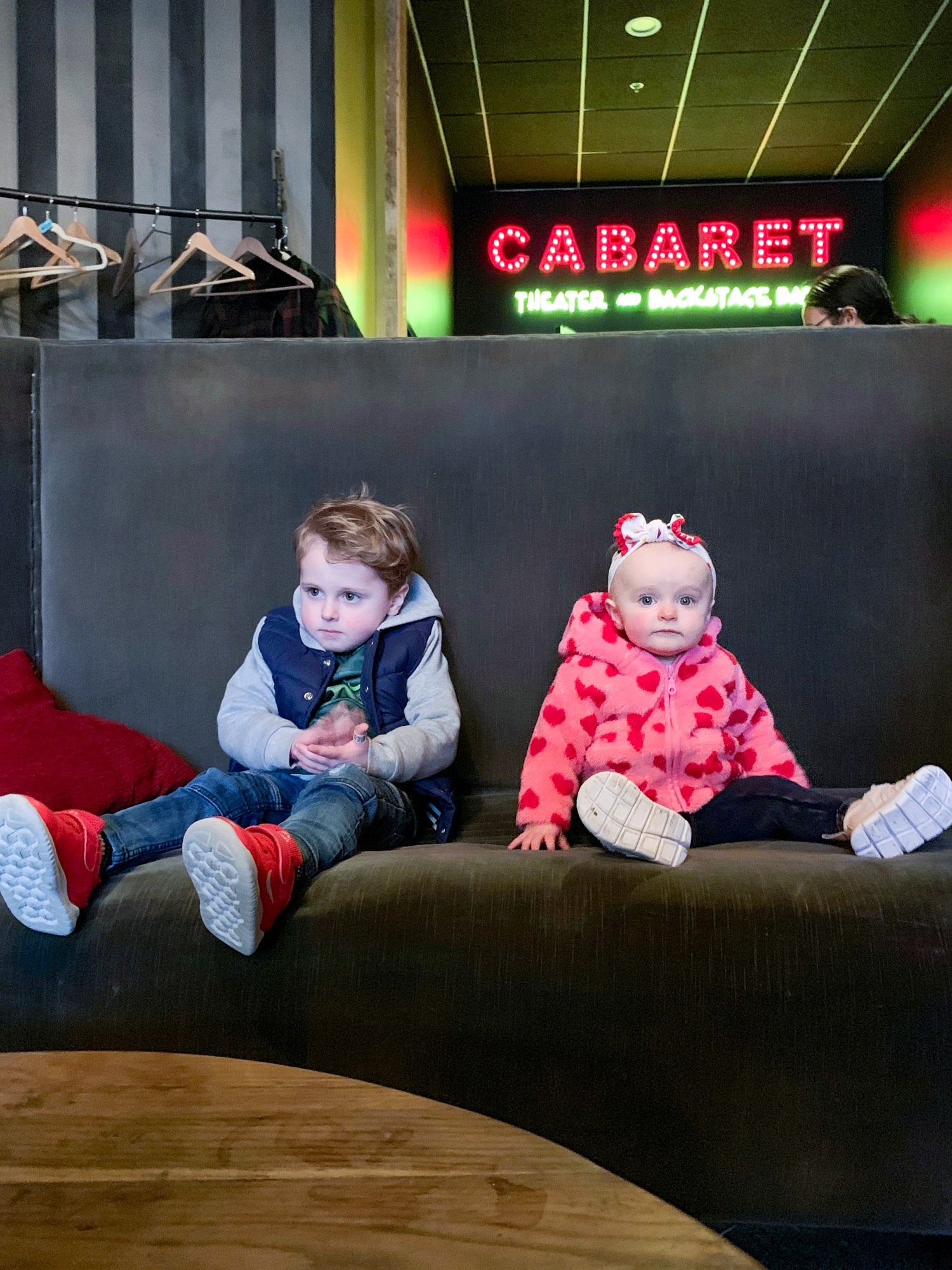 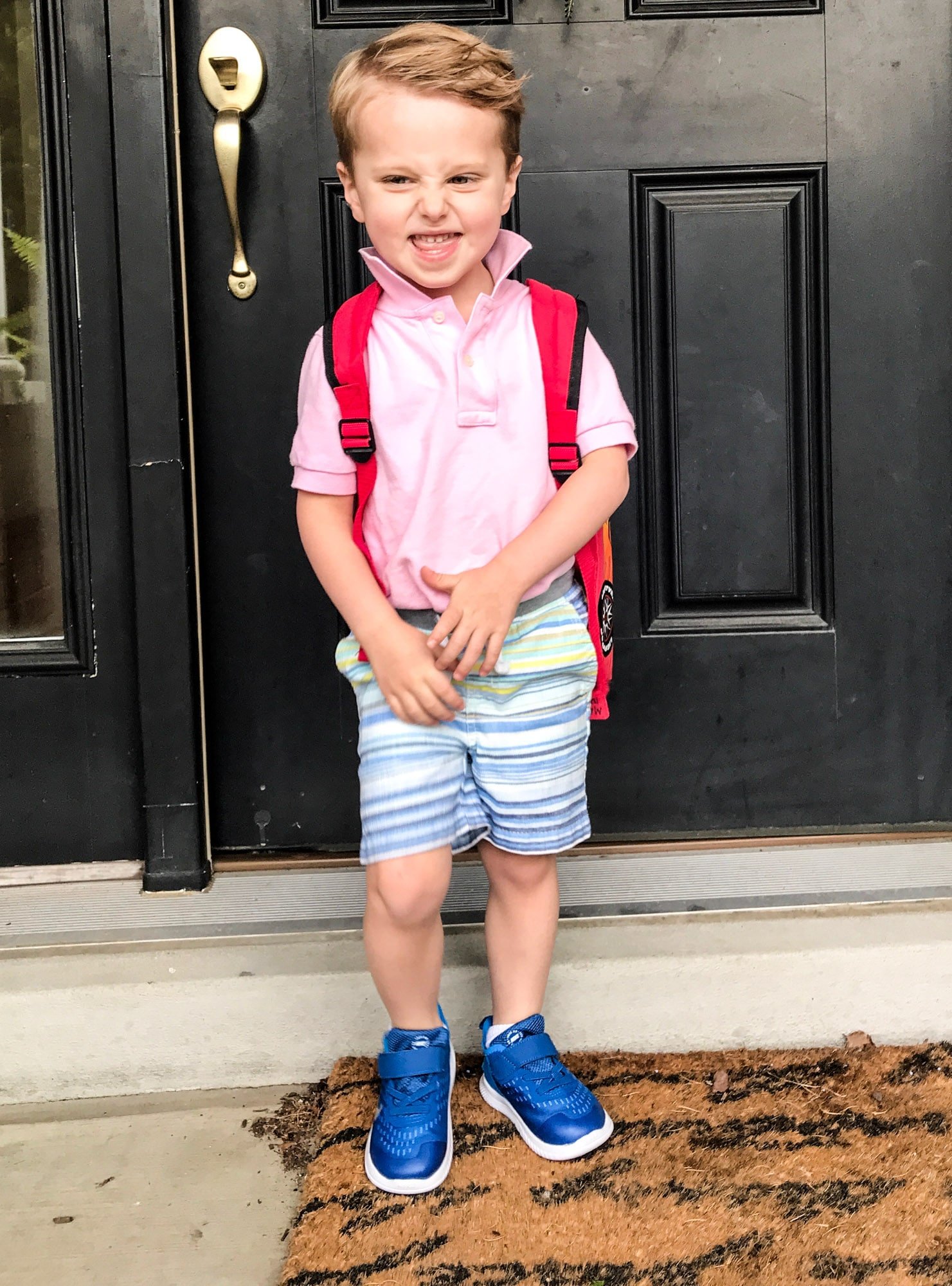 Emilia… oh my gosh. Where do I start. This little adorable chunk of love is hilarious.

I mean, she is HILARIOUS.

Yes, I know I am super bias and that she is 15 months old – so most people would not find her hilarious. But she is so funny. And the funniest thing is that SHE thinks she is so funny. I swear, she has the best, funniest personality ever. The child is 99% of the time laughing, giggling, smiling and trying to be funny.

One of the ways I can describe how funny she is? She loves to joke. I remember at this age thinking that Max was so funny, and he was. But it was different! Max is super logical, almost to the point where you try to tell him a joke and he asks you how it could happen. Ha! It’s super cute.

Emilia, however, thinks everything is super hilarious and funny herself and loves to tease. 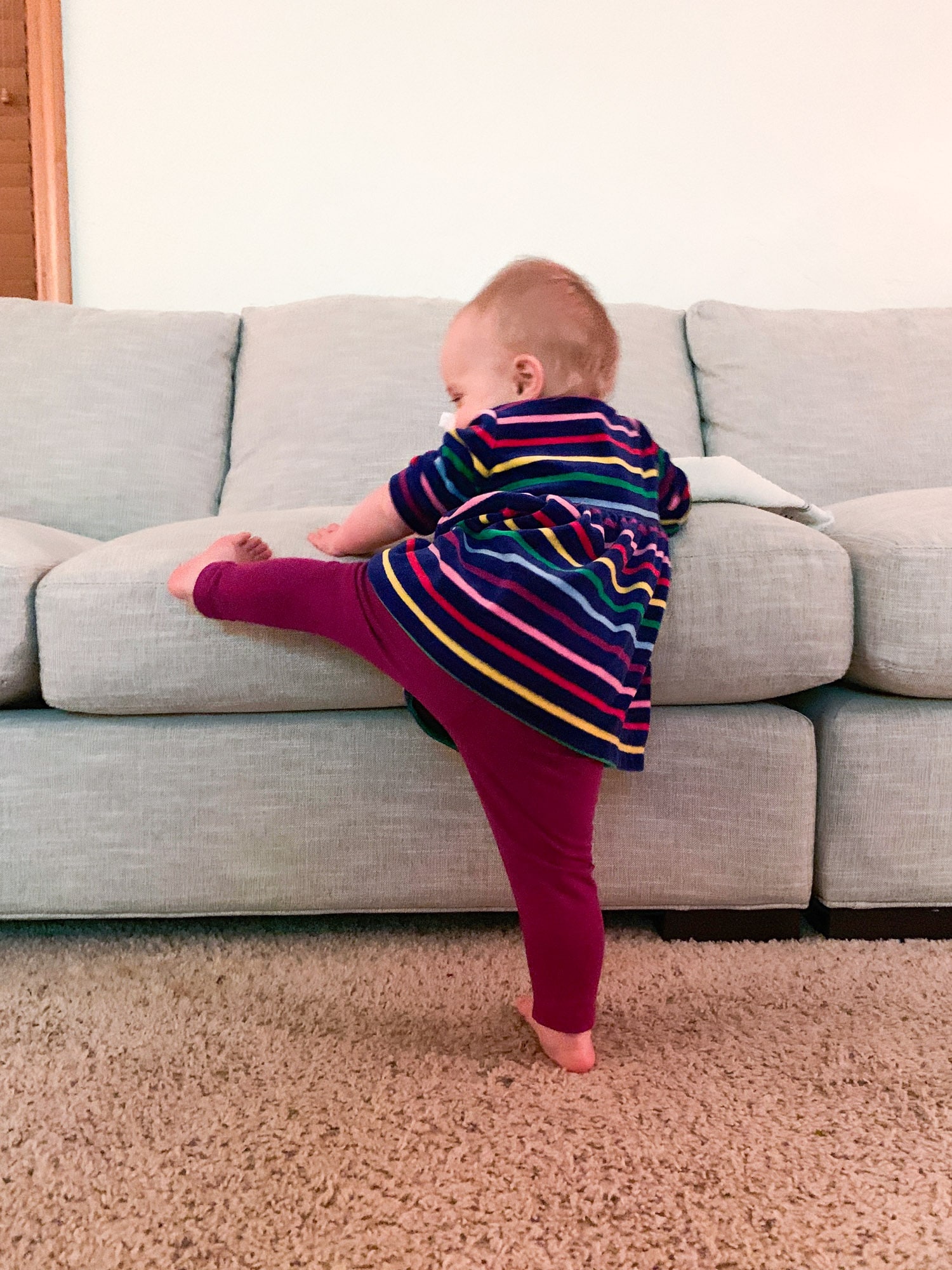 Emilia eats EVERYTHING. It is insane. Well, I say that right now as she has been eating everything since she started eating, but this week, threw all of her cucumber, tomatoes and avocado on the floor, and last night, hid her broccoli under her diaper. I’m hoping it’s just her teeth. Ha!

Lots of you still ask what I feed her, but she just eats what we eat. She has oatmeal in the mornings, tons of blueberries and oranges, then maybe a little waffle (I love the earth’s best blueberry waffles for her!) if she’s still hungry. She adores yogurt and every fruit, peanut or almond butter toast, cheese – everything. I do tend to prep a quick lunch/dinner idea for her on Sundays, just in case we eat late or I have to feed her before Eddie gets home. This week, I prepped chickpea pasta with marinara and broccoli with parmesan. She had that tonight along with cubed avocado and then had a ton of strawberries.

She still sleeps at least 12 hours a night and it blows my mind. I don’t know how I got so lucky, but I also think it’s karma since Max still doesn’t like sleep. 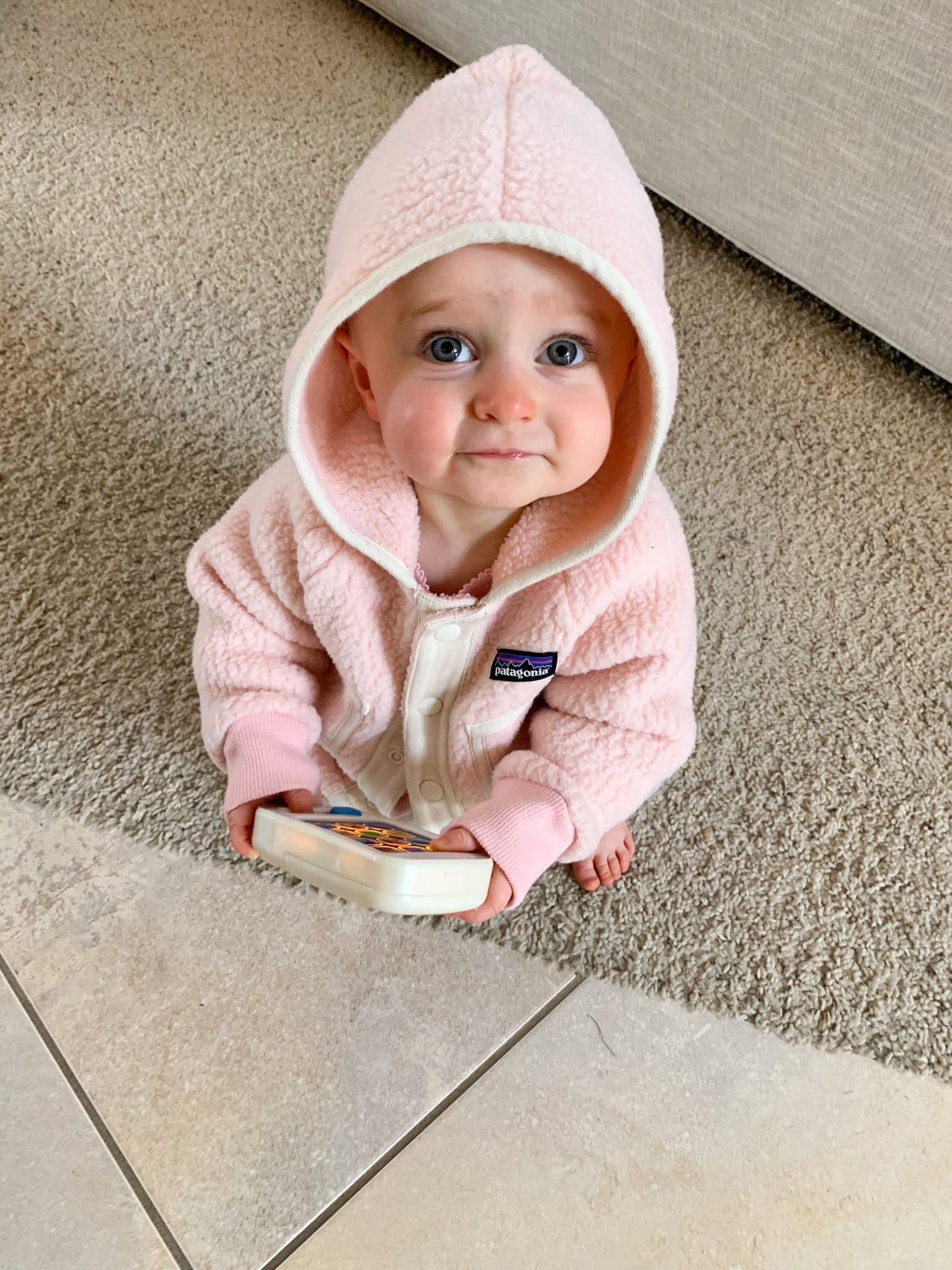 We stopped nursing in December, right before Christmas. Her call, not mine. While nursing was easy with her, she just never cared about it. She never nursed for comfort and didn’t even really nurse to sleep. So crazy and so different from Max. Just like with Max, when we stopped nursing, I got the grossest sickness for two weeks. It was definitely hormonal and it really mimicked the first few months of pregnancy. I still don’t know anyone personally who this has happened to, so thank god for the internet!

Emilia took a few steps in November, right around when she turned one, and then walked a bit on Max’s birthday in December. It seemed like come January, she was running. The child climbs on everything. I swear she is going to give me a heart attack. We escaped Max’s early years without a baby gate, but they are fully up in the house now! She is just the most pleasant, easy-going, wild child, strong willed baby. She still doesn’t like to cuddle. She went through three days of insane separation anxiety at night – and even then she still didn’t cuddle! She just stood in her crib and screamed at me. She wanted me to stand in the room while she slept. We overcame it with peek-a-boo! Seriously, it works.

She is absolutely obsessed with Max. I mean, obsessed. She thinks he is the world. I’ve shared it on Instagram a few times, but seriously every.single.day she and Max push these little cars around and around the kitchen island. Every day. 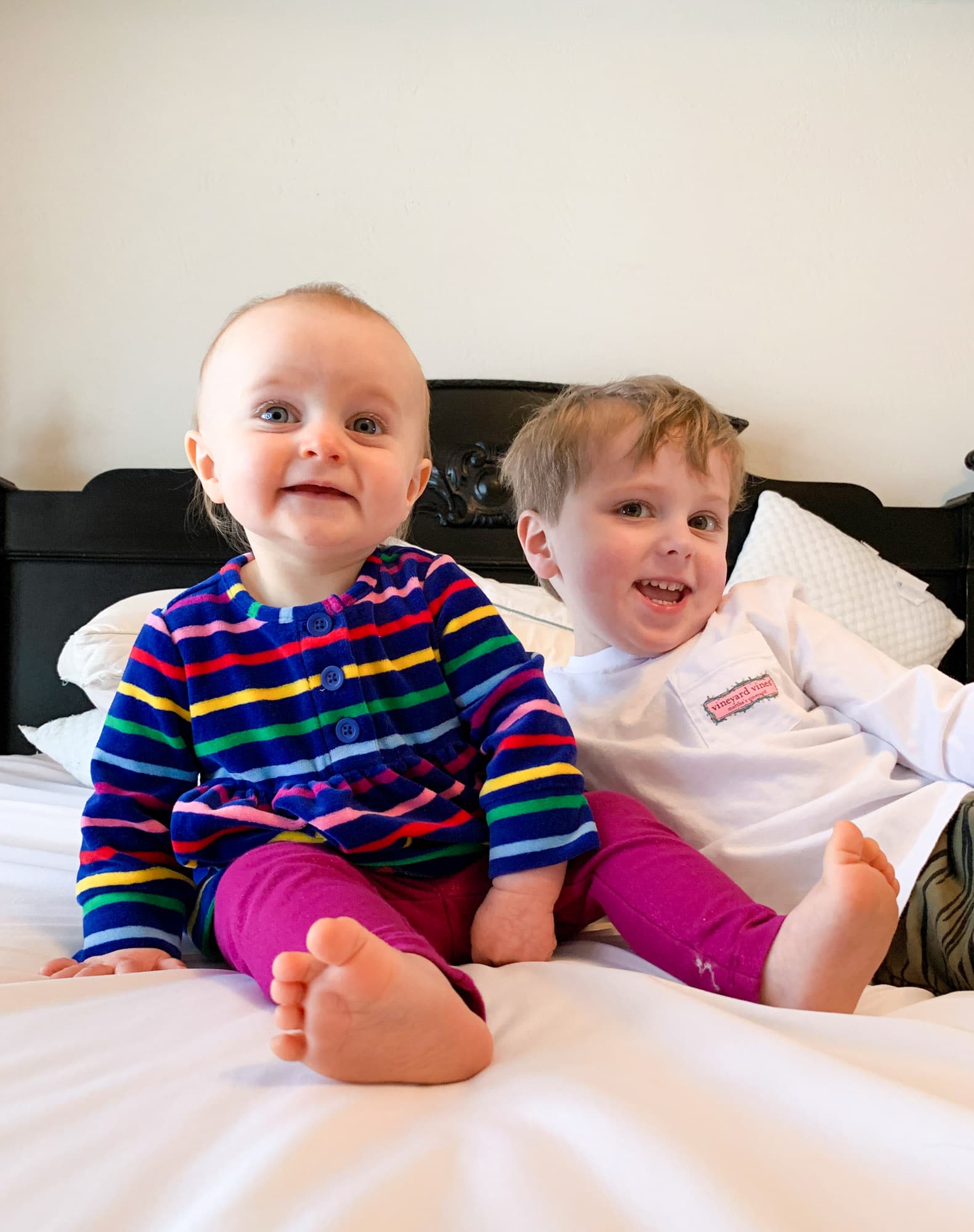 Speaking of Max, trying to get a picture of a four year old is impossible. Every time we ask him to smile, he looks at us like this, or with a goofy smile, or with a funny smile. All of our pictures resemble something like this. 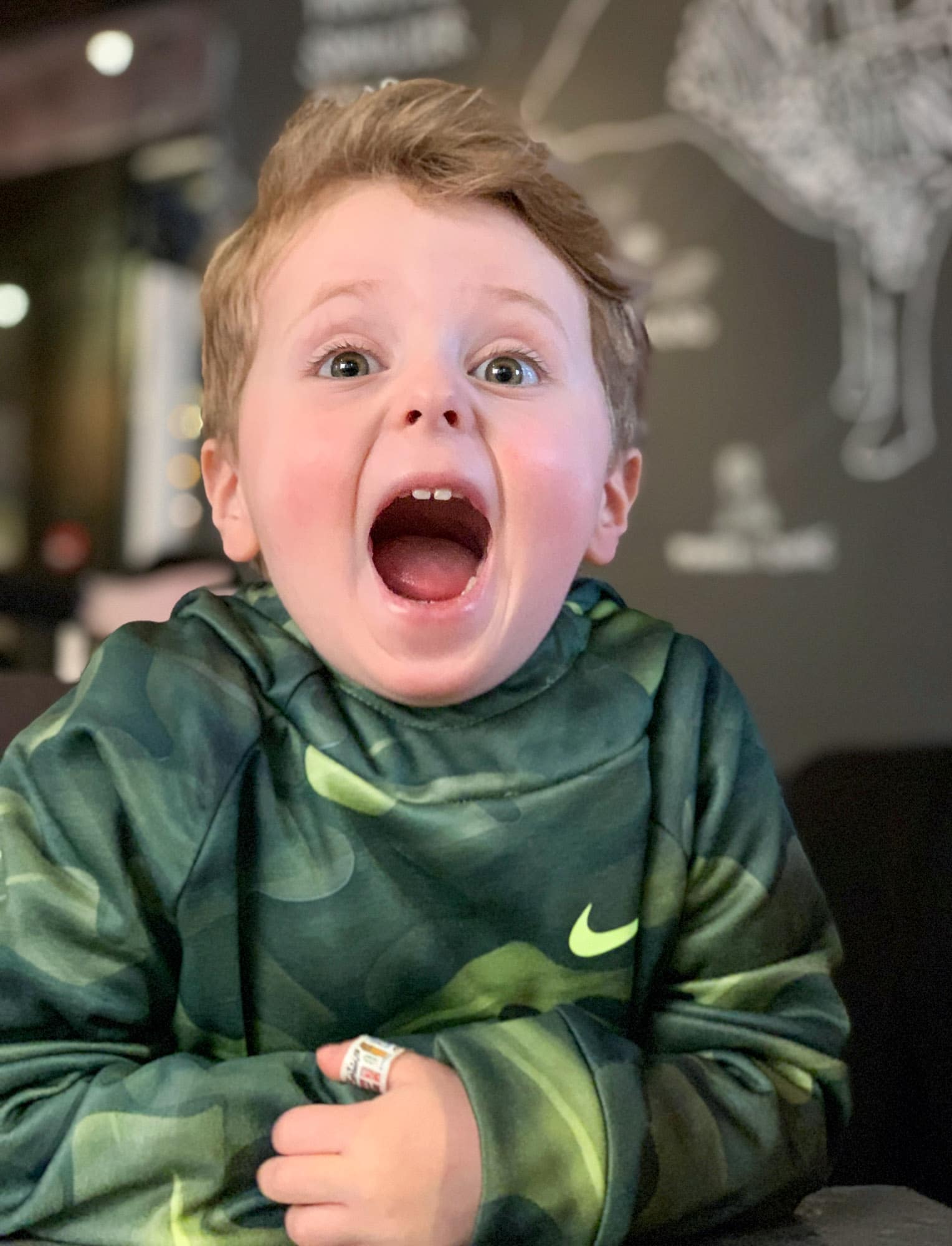 Max is so strong willed, stubborn, fiercely independent and crazy bright, which I swear he gets from Eddie. He is SO curious and has a memory like nothing I’ve ever seen before.

But my favorite part is that at the end of the day, he still wants me to cuddle and hold him like he is two months old. It’s amazing. Just this morning we cuddled and talked for a good 15 minutes and he loves be held, snuggled and cuddled, which I guess we can attribute to the time I basically held him for four months straight. Oops. 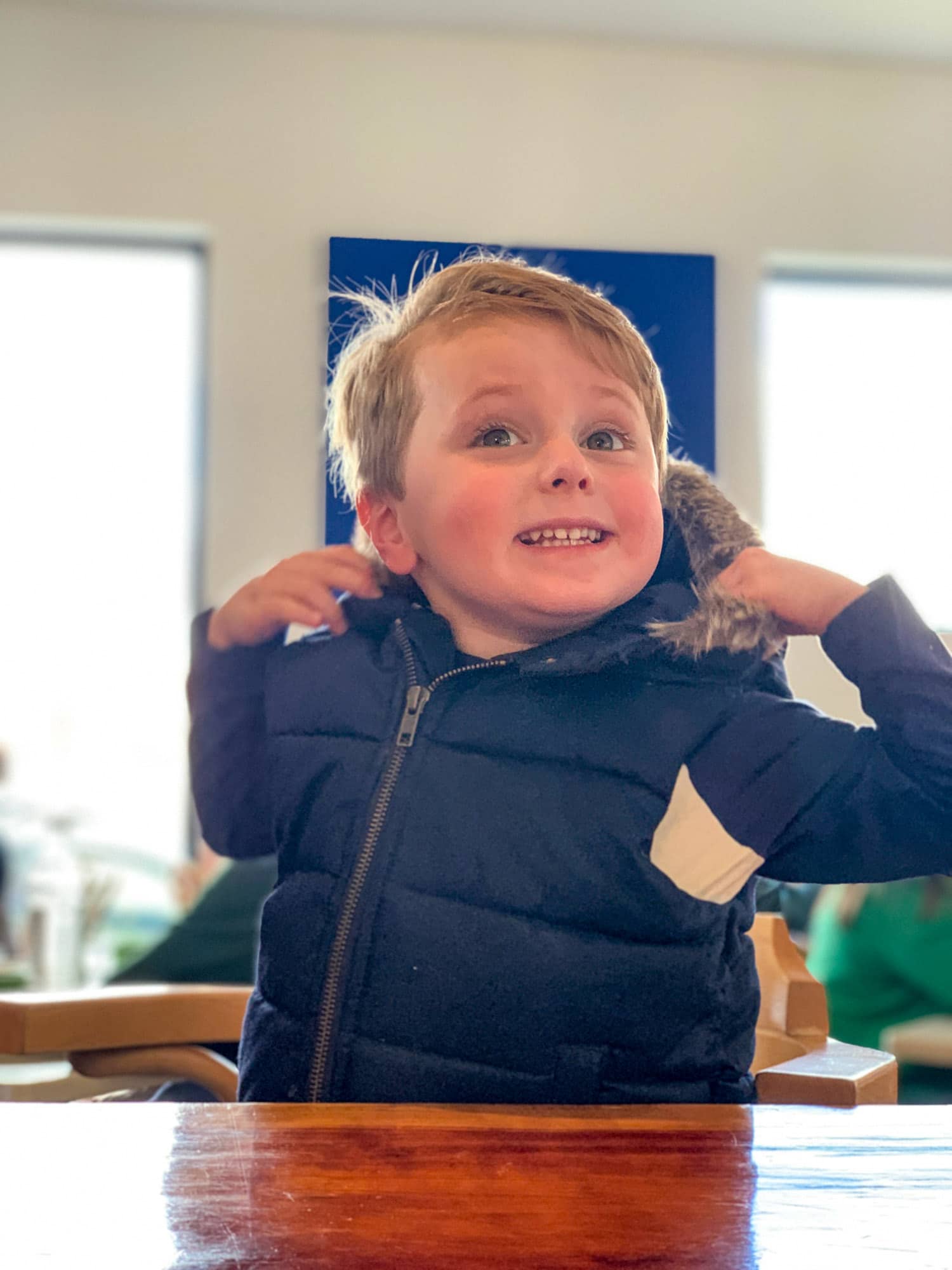 He’s also a four year old, so we’ve spent the majority of the last year with him negotiating, pushing boundaries and occasionally acting as a tyrant.

Mama can I have a yogurt please?

Sure, Max, here is your yogurt.

MAMA! NO! WHY ARE YOU GIVING ME YOGURT?! I DON’T LIKE YOGURT! I want toast! In exciting news, Max has actually been in school all year. It came as a huge surprise to us and ended up being a last minute decision – like, seriously, I called the school two weeks before and asked if there was room. Eddie and I had felt so strongly on him starting school at four, doing preschool for one year then heading to kindergarten. That was our plan. He was super social and we already did different activities a few days a week.

Then in the late summer, I started to notice that… he was bored? If that makes sense. Even with stuff we’d do here and his activities, he just seemed to want to do more.

It’s been the best thing ever – we walked in the first day and he never looked back! He only goes a few hours two days a week (that’s enough for me because I kind of want to spend every waking minute with him) but he lovvvvves it. And now, next year he will know his friends for another year of preschool. Some of his favorite things include reading tons of books, watching super monsters, the Grinch and the nightmare before Christmas (ugh!), eating pizza, building legos, painting, doing all sorts of art and doing anything and everything outside.

As I wrote a lot in the first year of Emilia’s life, the adjustment to two is still kicking my butt. Still! HAHAHA. Like am I ever going to get used to it? It’s just really hard, which I hate to say because I have it easy, and get to make my own schedule, and have friends with more kids, and don’t feel like I deserve to say it is hard. But it.is.hard. 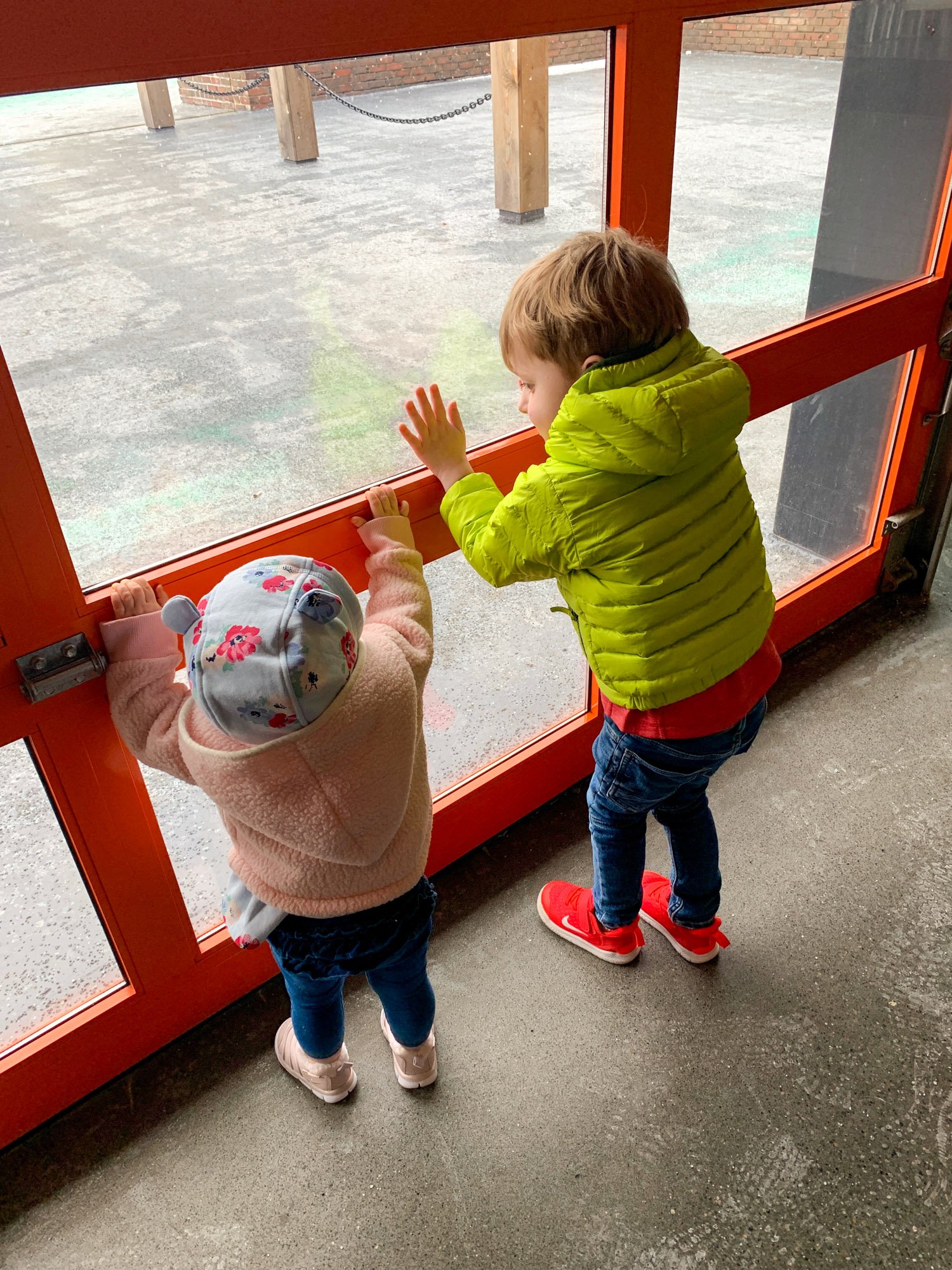 At the same time, I am obsessed with it. I can’t believe how much I love these kids and how much I want to be with them. I very rarely feel sad about opportunities I turn down to stay with them, things I miss out on so I can spend time with them. They are the BEST.

It is basically the dream I did not know I wanted.

21 Comments on “Max & Emilia Moments (and a whole lot of rambles).”