Just may be the most exciting day of the year with firecracker cupcakes! 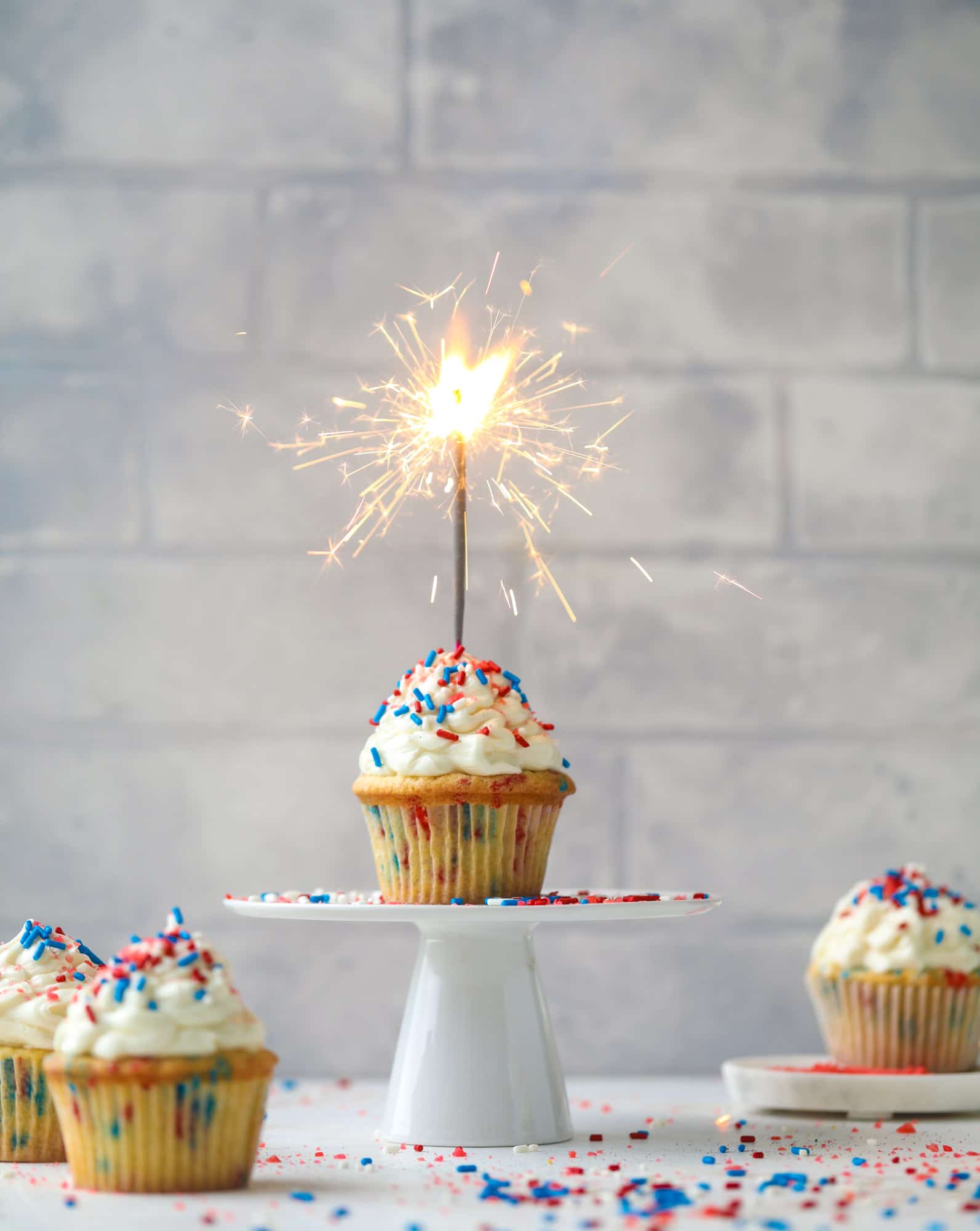 Because ever since I’ve had kids, when a holiday pops its head around the corner, I am delighted to make all the kitschy, fun food and decorate my house like I’m a child myself. All for the celebration! We are basically living in red, white and blue for the next two weeks.

Plus, lots of snacks to come. Of course. 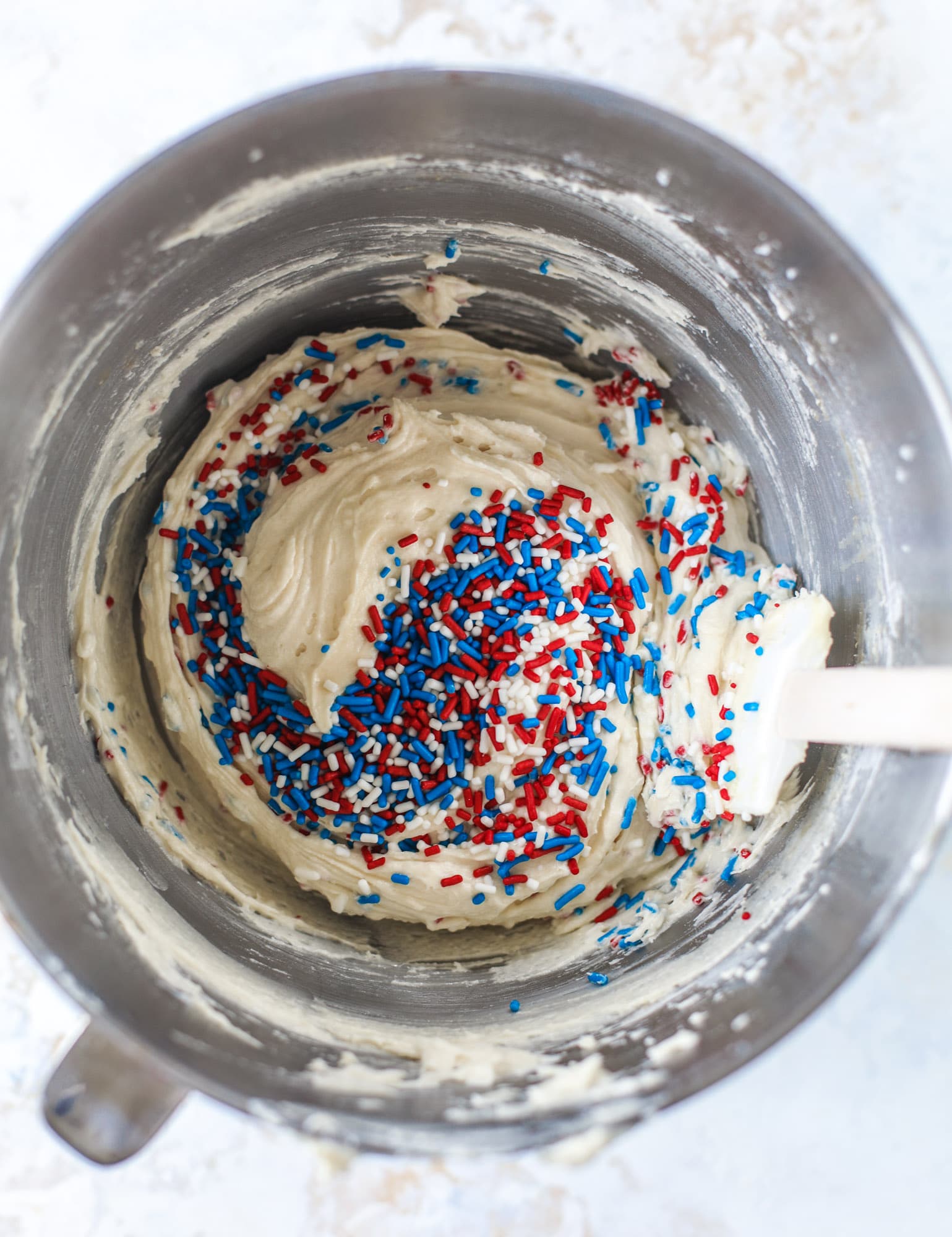 So. These aren’t that mind-blowing, other than the fact that they are the recipe for the confetti cupcakes from Seriously Delish (like this mini smash cake I made for Max’s birthday!)… and have some extra pow! to them from a bunch of pop rocks sprinkled on top!

They are super fun. Super poppy and crackling and if I’m being honest, they really freaked Max out at first! No fear – he quickly got into it. 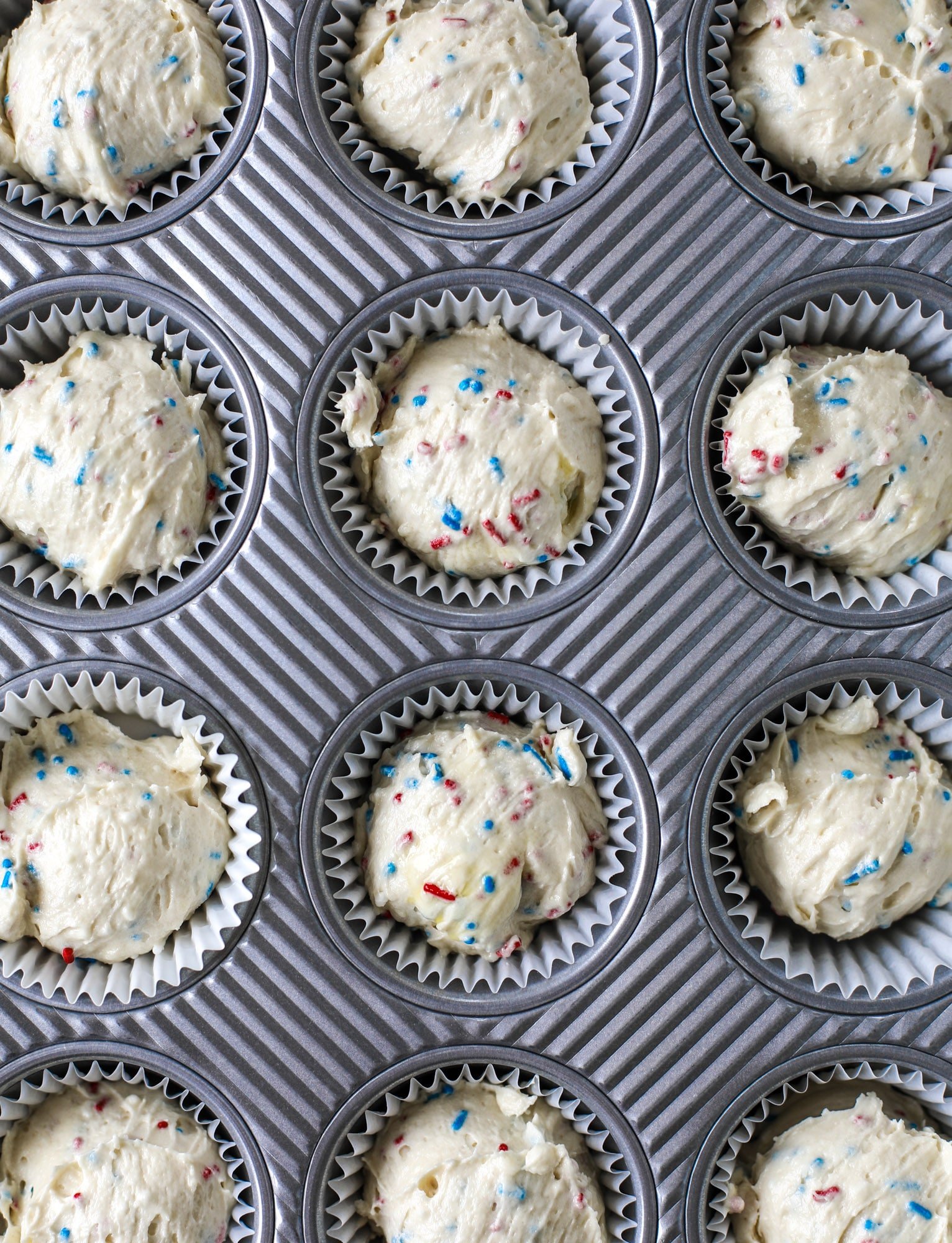 Remember when I made pop rocks truffles a million fourth of July’s ago?! That’s exactly where I got this idea.

Pop rocks make me think of summer! Even though they weren’t something we had often. I mean, I maaaaaybe had pop rocks twice or thrice (what a word) in my life. It wasn’t like my mom would buy us pop rocks, and I don’t blame her because even though her reasoning was surely different in 1995, this candy is loaded with artificial coloring and I wouldn’t break it out unless it was for a super special, fun occasion. 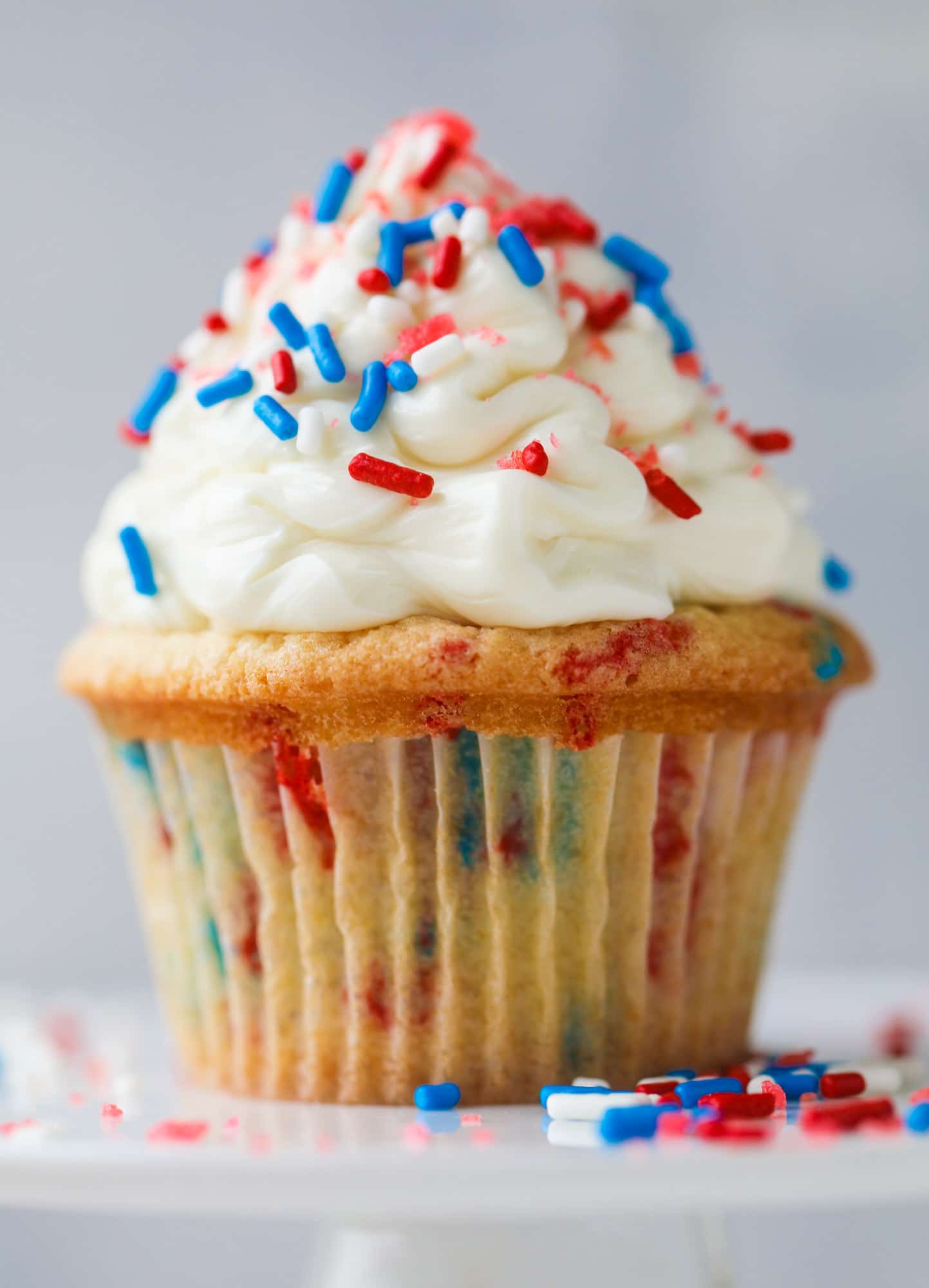 When I DID get to have pop rocks as a kid, it was when my brothers would be playing baseball. Want to know what I thought the most fun part of that was? Getting to work the concession stand with my mom. For some reason, I LOVED doing that! It was basically the highlight of my entire summer.

And it had nothing to do with eating the snacks and the candy – it’s not like we got to do that while working there, unless we bought it, of course.

But thinking back now, it’s funny. Because I think I loved the whole working/selling snacks/checking people out thing, which is exactly what Max LOVES to do now. It’s one of his favorite ways to play.

Working that snack stand with my mom also broke up the monotony of what seemed like a million hours of baseball games in a row, and at the same time, it made me feel like a legit grown up. Some nights we’d work the snack stand under the lights until all the games ended, which was at least 11PM. Basically a party all night! 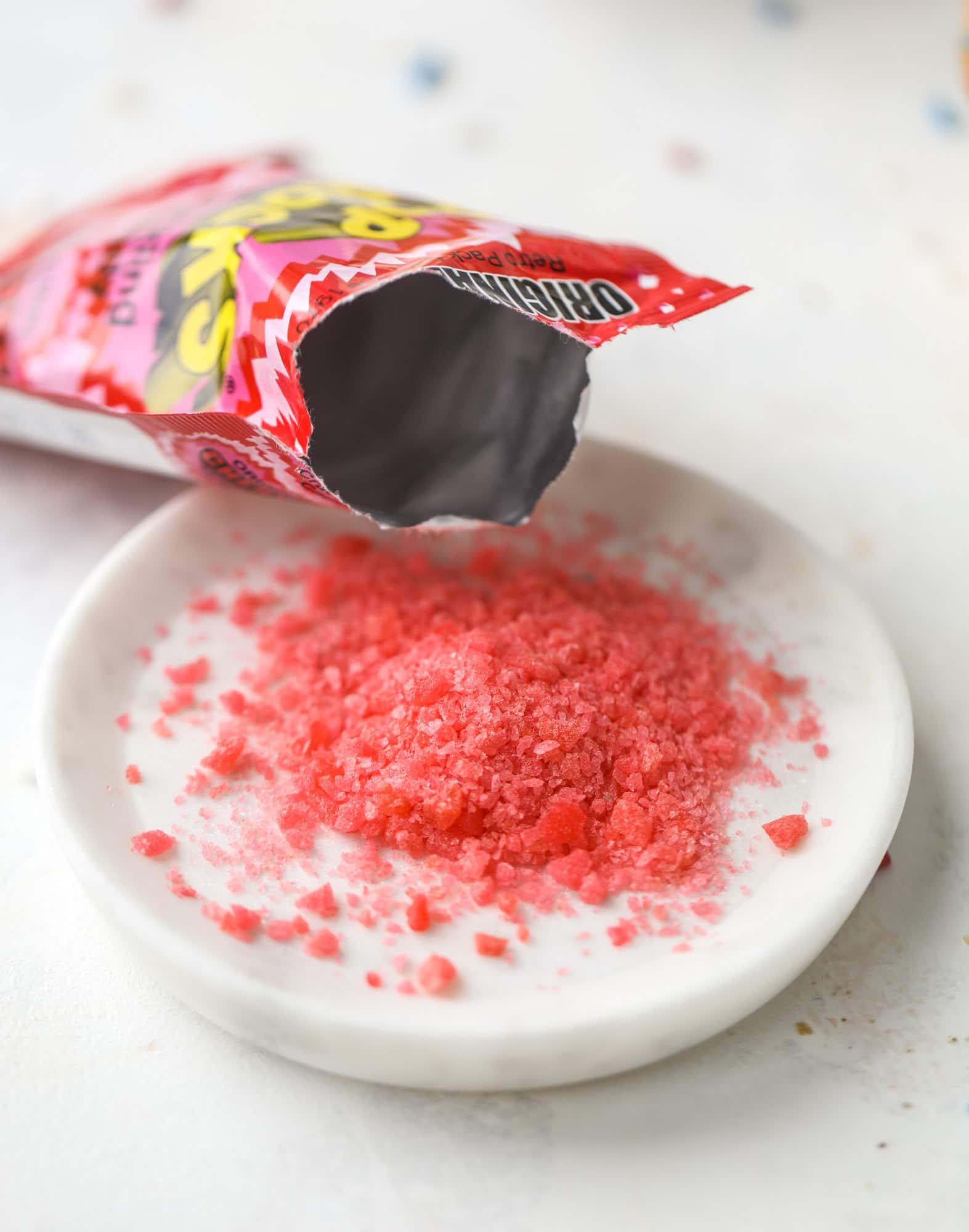 To make a long story longer, that cliché, nostalgic cracking of the pop rocks is a rite of passage or something for a kid, right? Has to be!

They are what give these confetti cupcake a little something EXTRA and by extra I mean fun. Sprinkle them on right before serving, because if it’s hot where you live, the humidity will cause those babies to start popping right away. 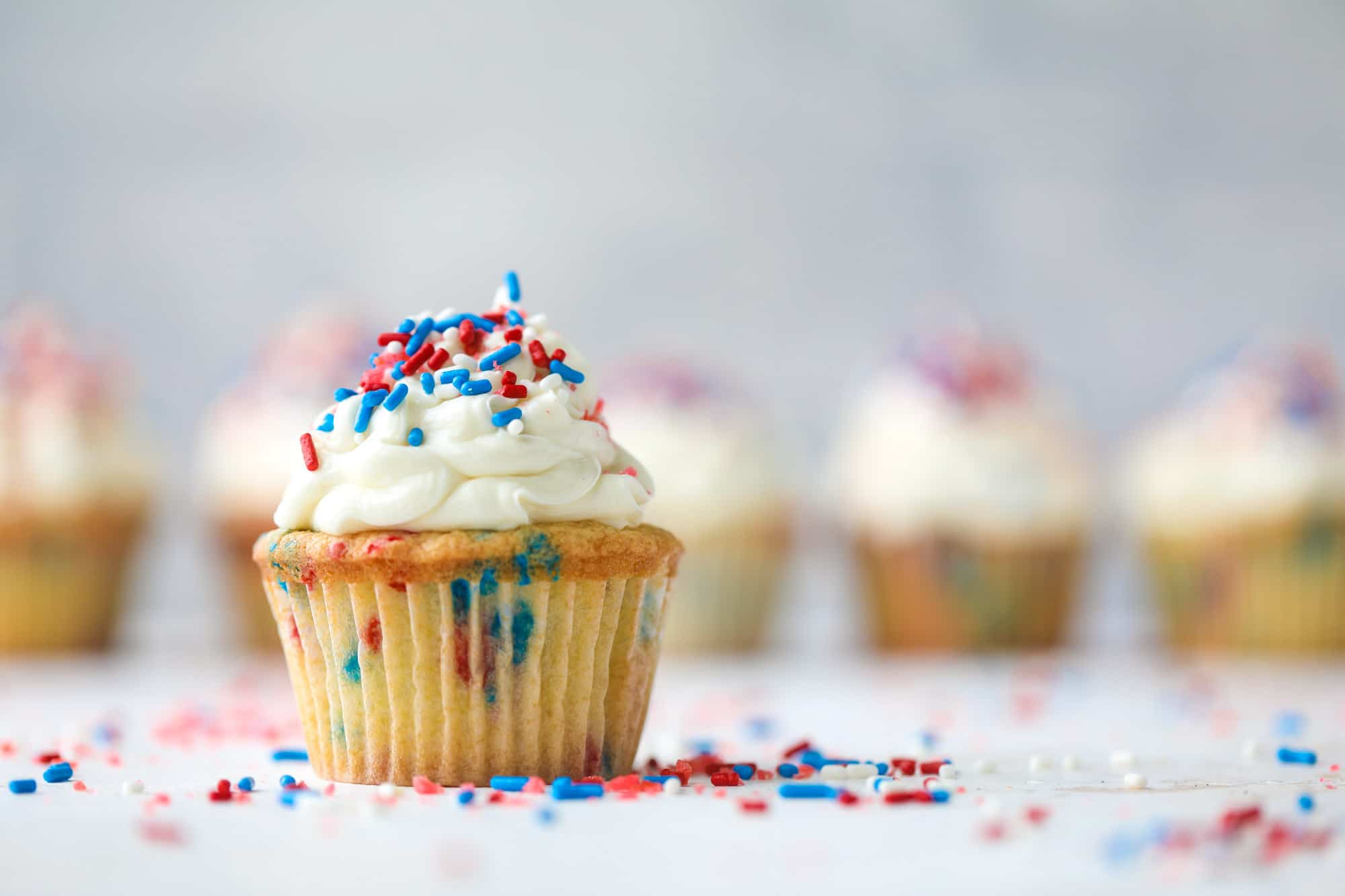 As for the frosting? I’m team cream cheese all the way! It’s safe to say that 2019 has been THE YEAR of the cream cheese frosting for me.

It’s so rich and takes regular vanilla cake to another LEVEL! 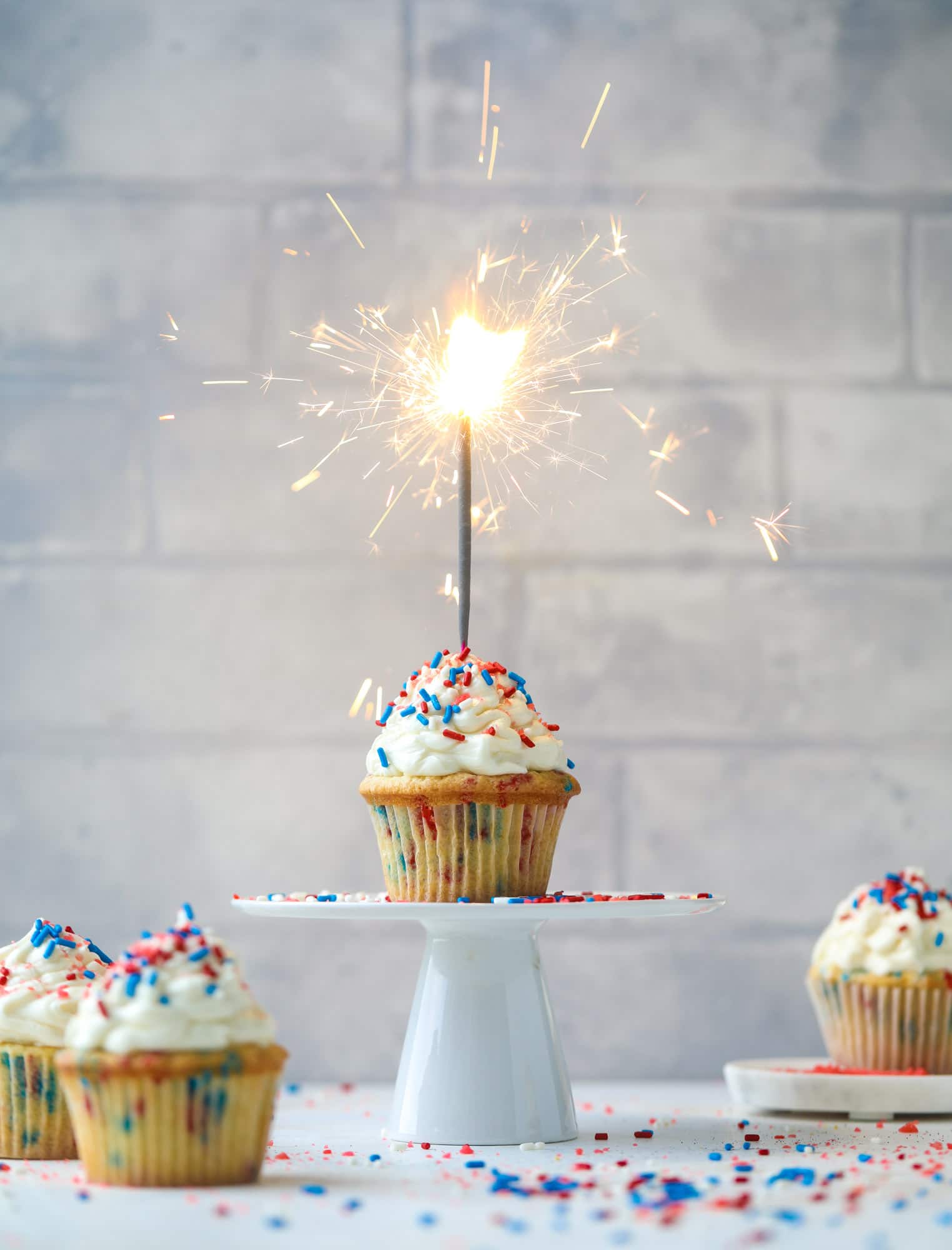 Oh and one more thing. I certainly don’t condone trying to serve these cupcakes with a burning sparkler in the center. But really, are you even a food blogger if you don’t photograph a dessert with a sparkler for the 4th of July? 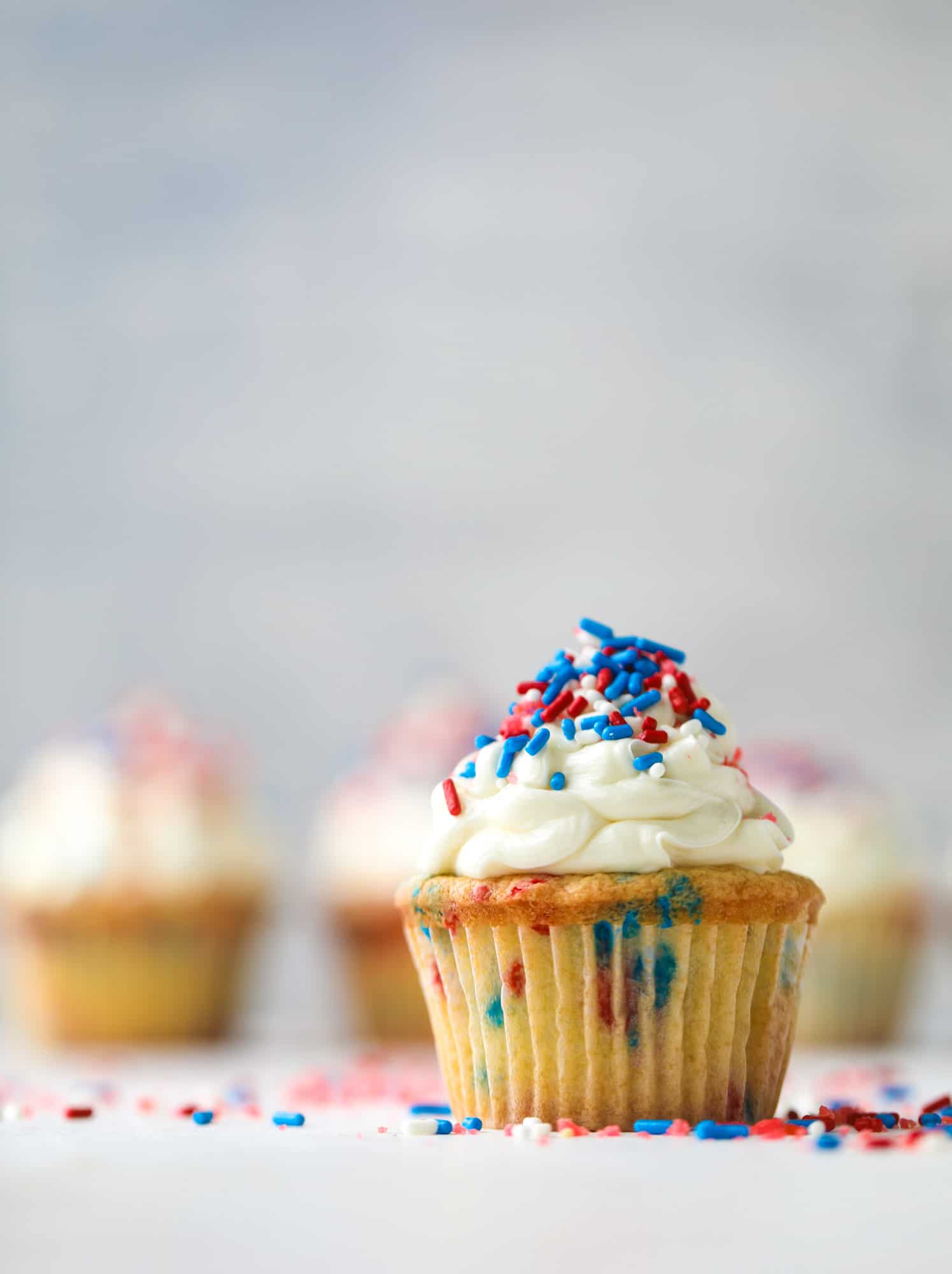 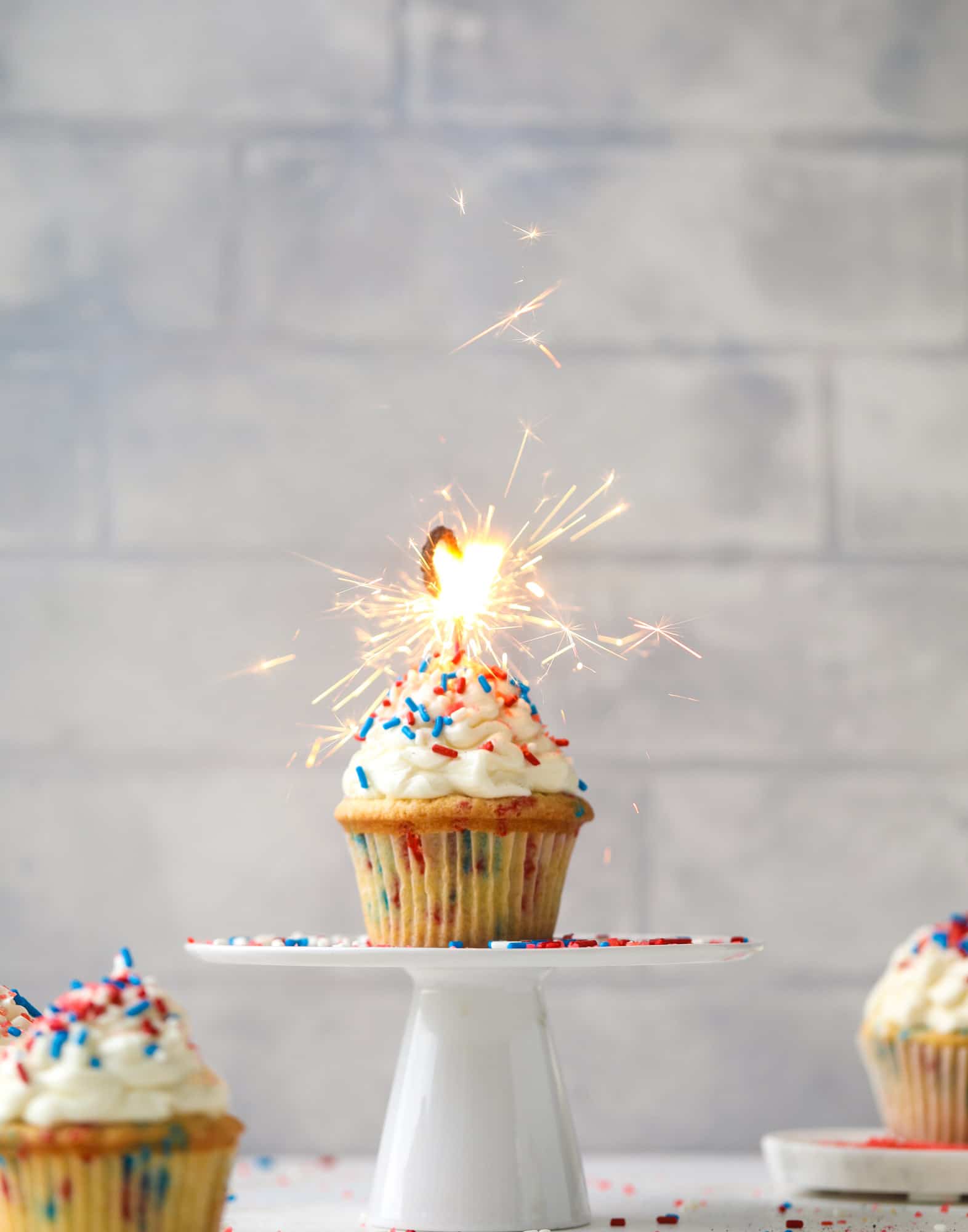