Oh my gosh. This might be the best skillet cornbread of my life.

It’s fluffy and sort of sweet and crunchy at the edges and everything I want cornbread to be.

One of my favorite ways to surprise Eddie is by making cornbread to go with a meal. HE LOVES IT. I mean, loves love loves it. Like, loves it to a point that when we had a chili bar for Max’s first birthday, I ordered two pans of cornbread from a local restaurant and Eddie called and changed the order to FOUR pans.

Also, I was right. It was too much cornbread.

But it was delicious while it lasted! So THIS cornbread. It’s so delicious and has texture and tastes almost like cake. Cornbread cake! 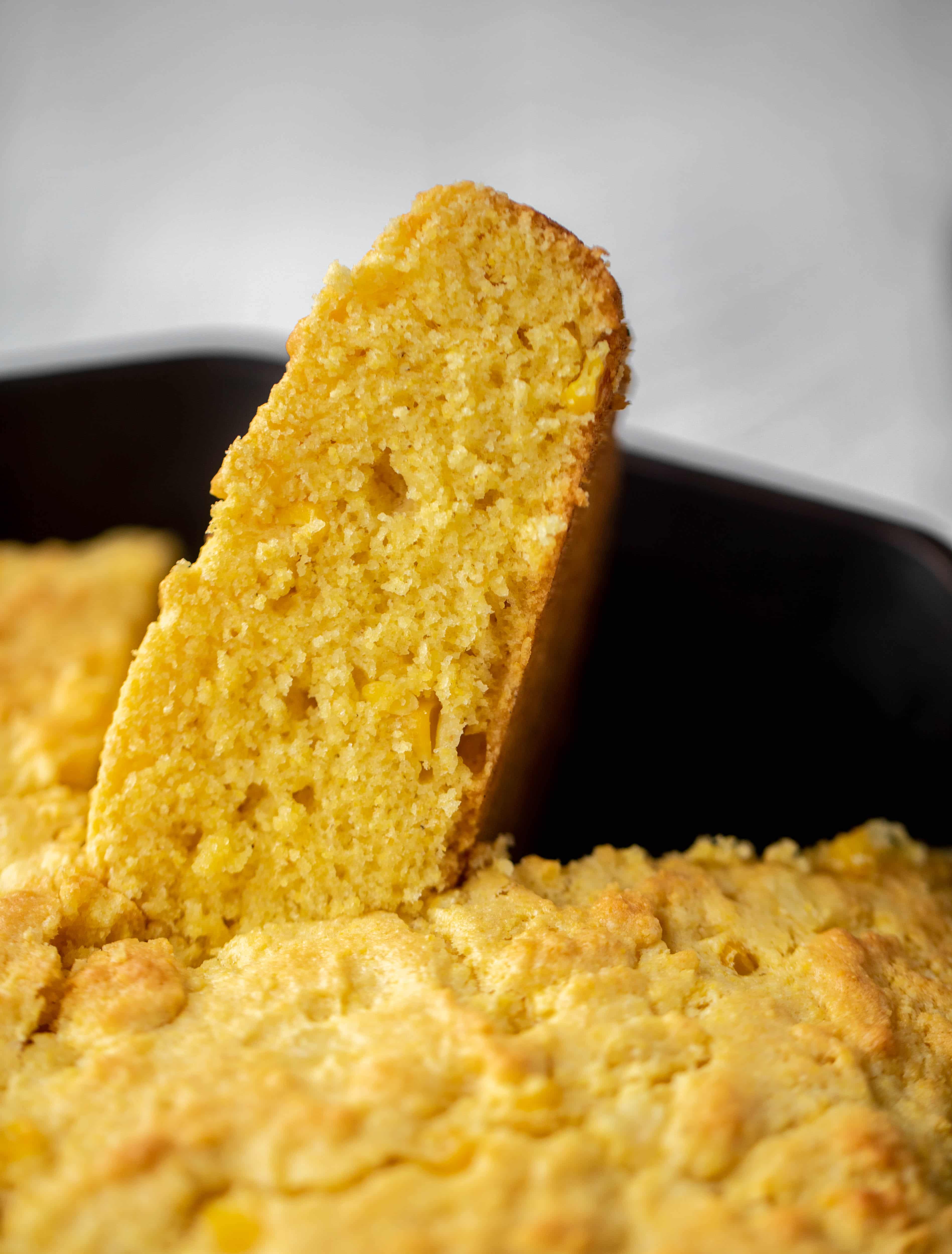 I’ve made plenty of cornbreads here on the blog before, but it’s been so long and I’ve never made the bread just in the skillet. I LOVE how this turned out. It’s thick and fluffy, the edges are crisp and it has the nicest crumb. I based mine on this recipe which calls for using a 10 inch skillet, but I used a 12 inch and it still works great- it’s just a little thinner.

There is loads of flavor – I used sweet corn kernels over creamed corn. And plain greek yogurt! It gives it such a tender bite. 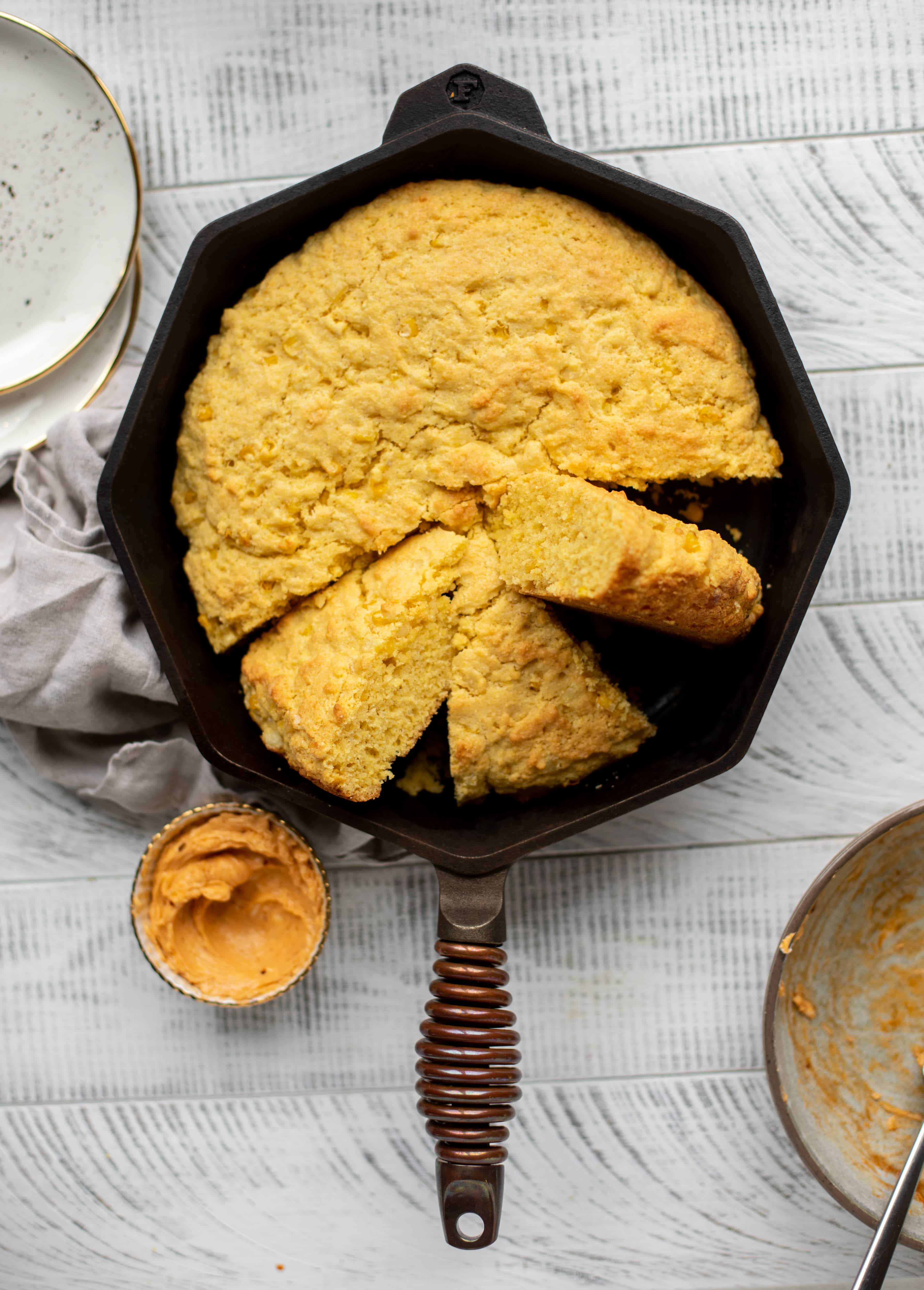 I’ve made lots of compound butters over the years (there are four amazing ones in The Pretty Dish too!) and they are something I love to have on hand. That’s why they are so delish to make – you will probably have extra, can stick it in the fridge and use it SO many different ways. 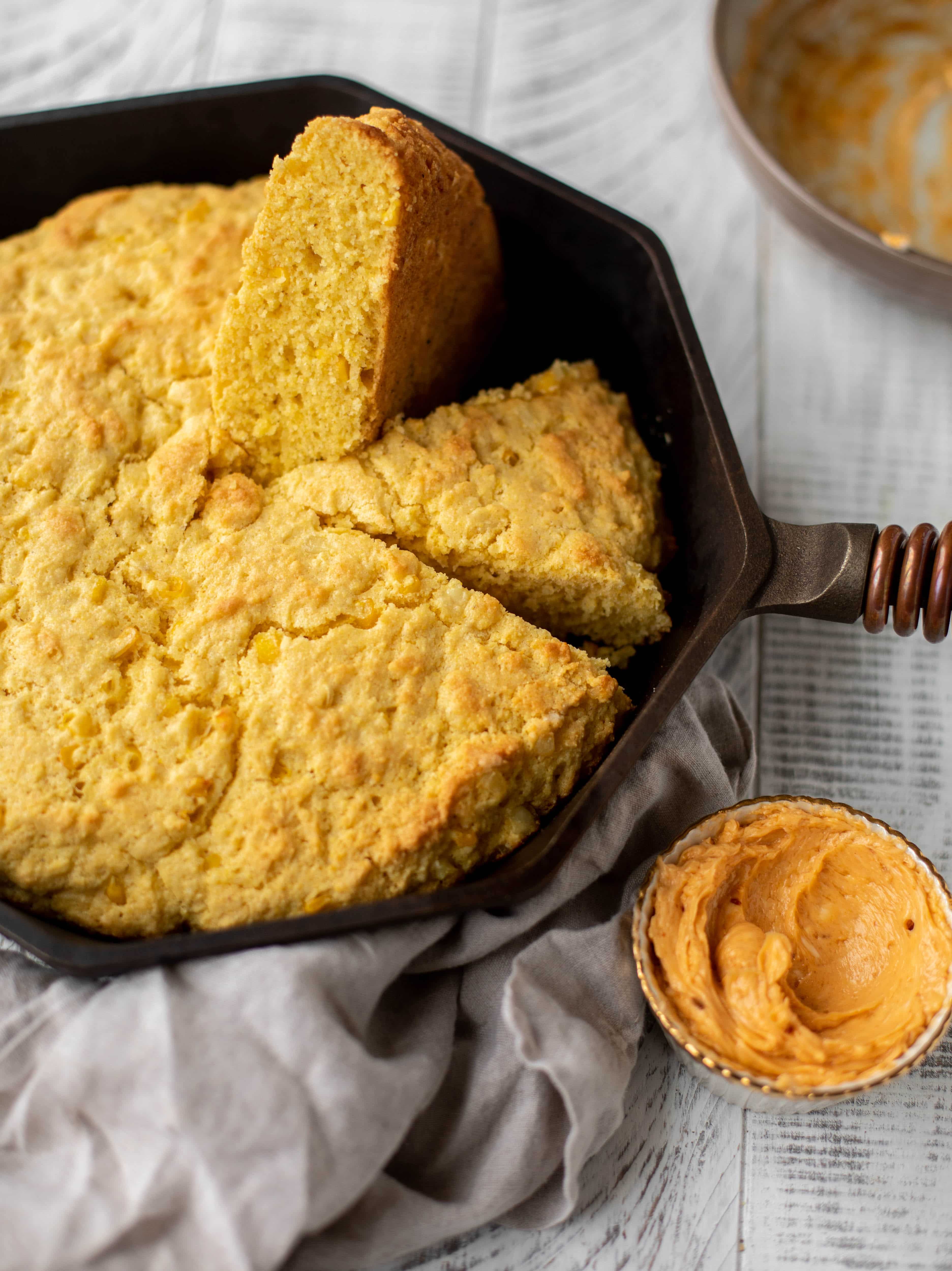 For the butter, I like to add honey and adobo sauce from a can of chipotles. I add one (or even just a half) or a diced chipotle pepper, trying to somewhere discard as many seeds as I can. Because seeds are sneaky and definitely hide in the adobo sauce and that makes it spicy!

Now doesn’t this just look like the perfect weekend treat? Make a pan now and you can enjoy it! 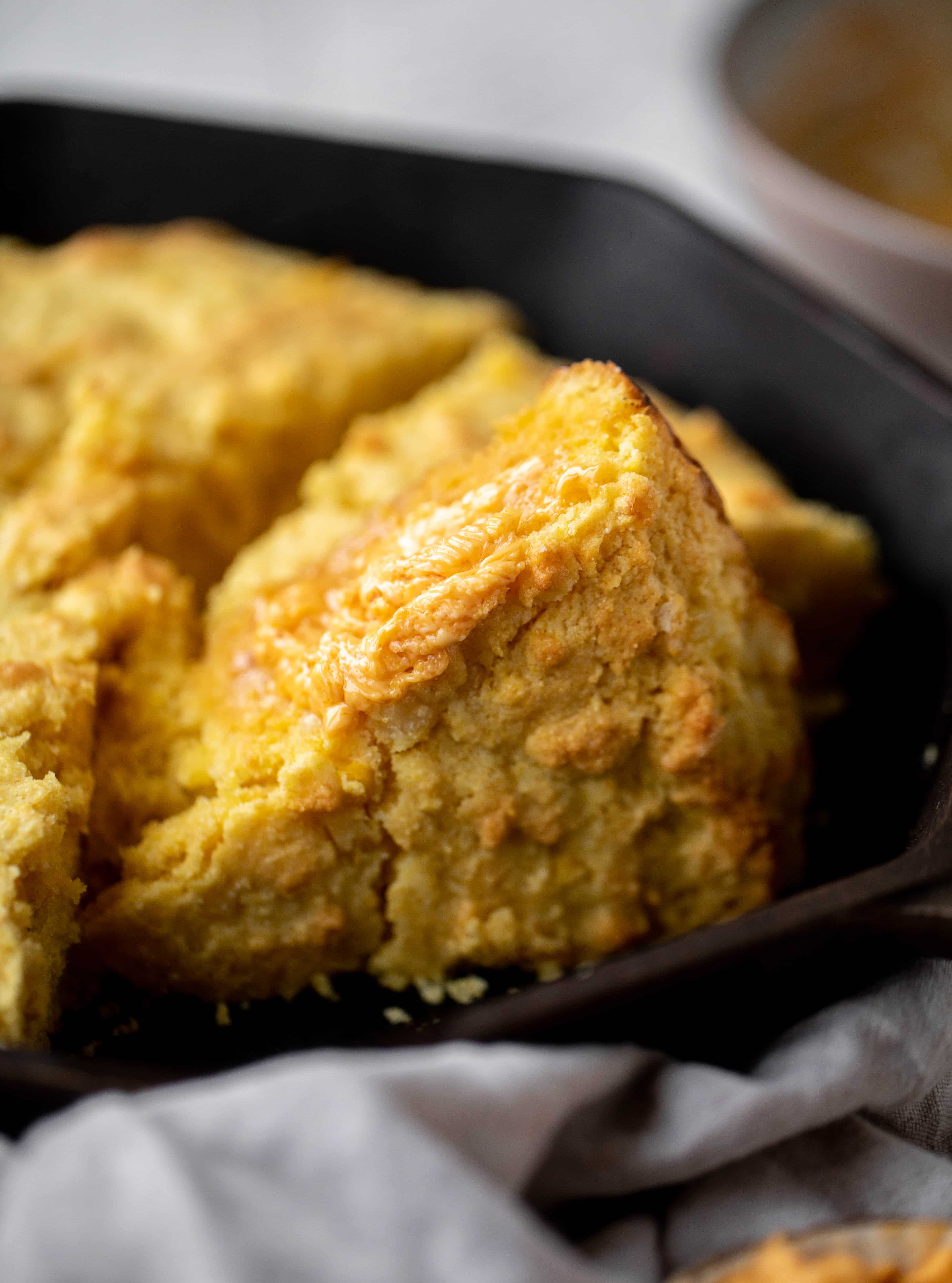 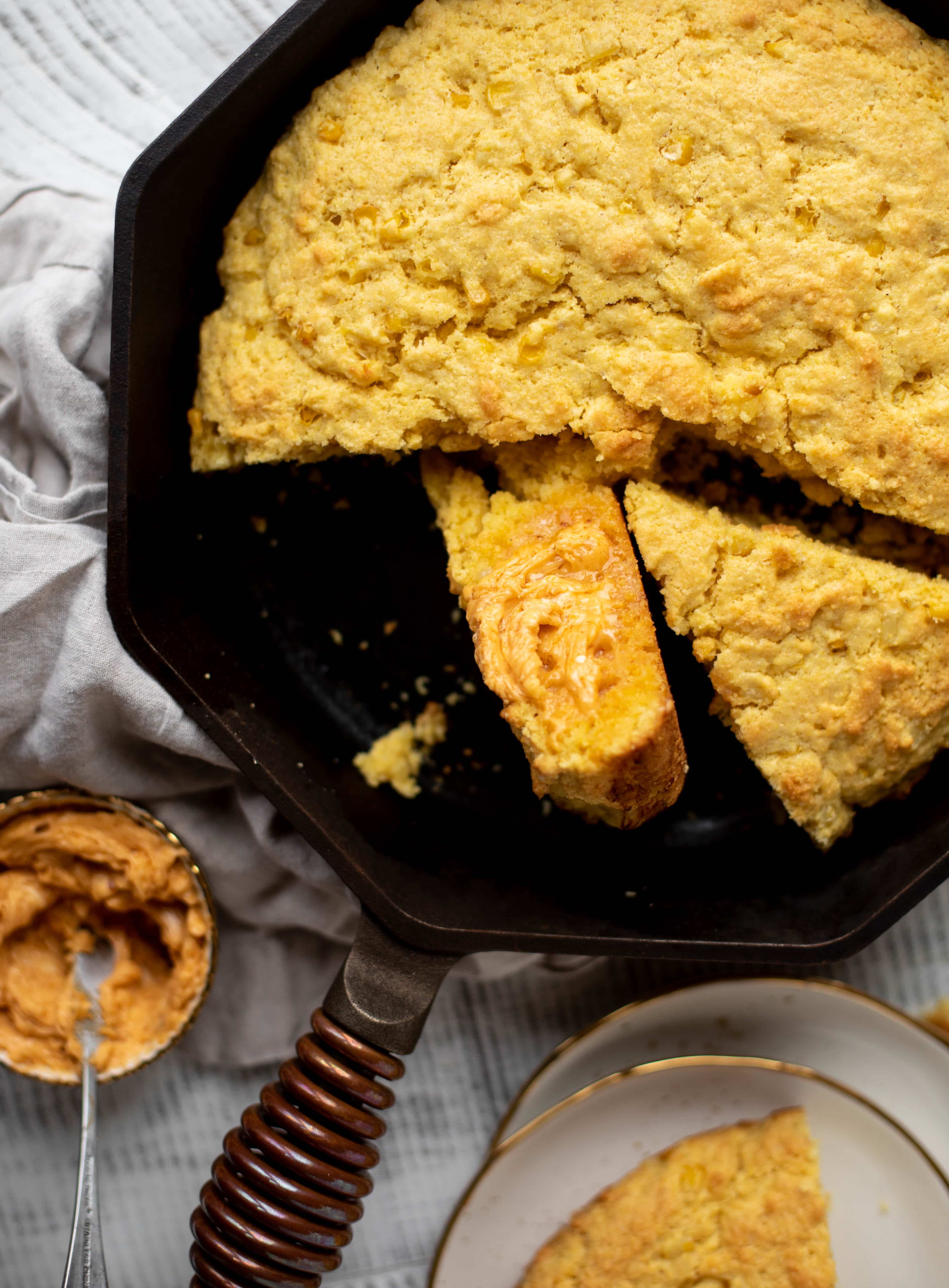 That butter swirl though.