Oooh these one house cinnamon orange rolls are the perfect December treat! 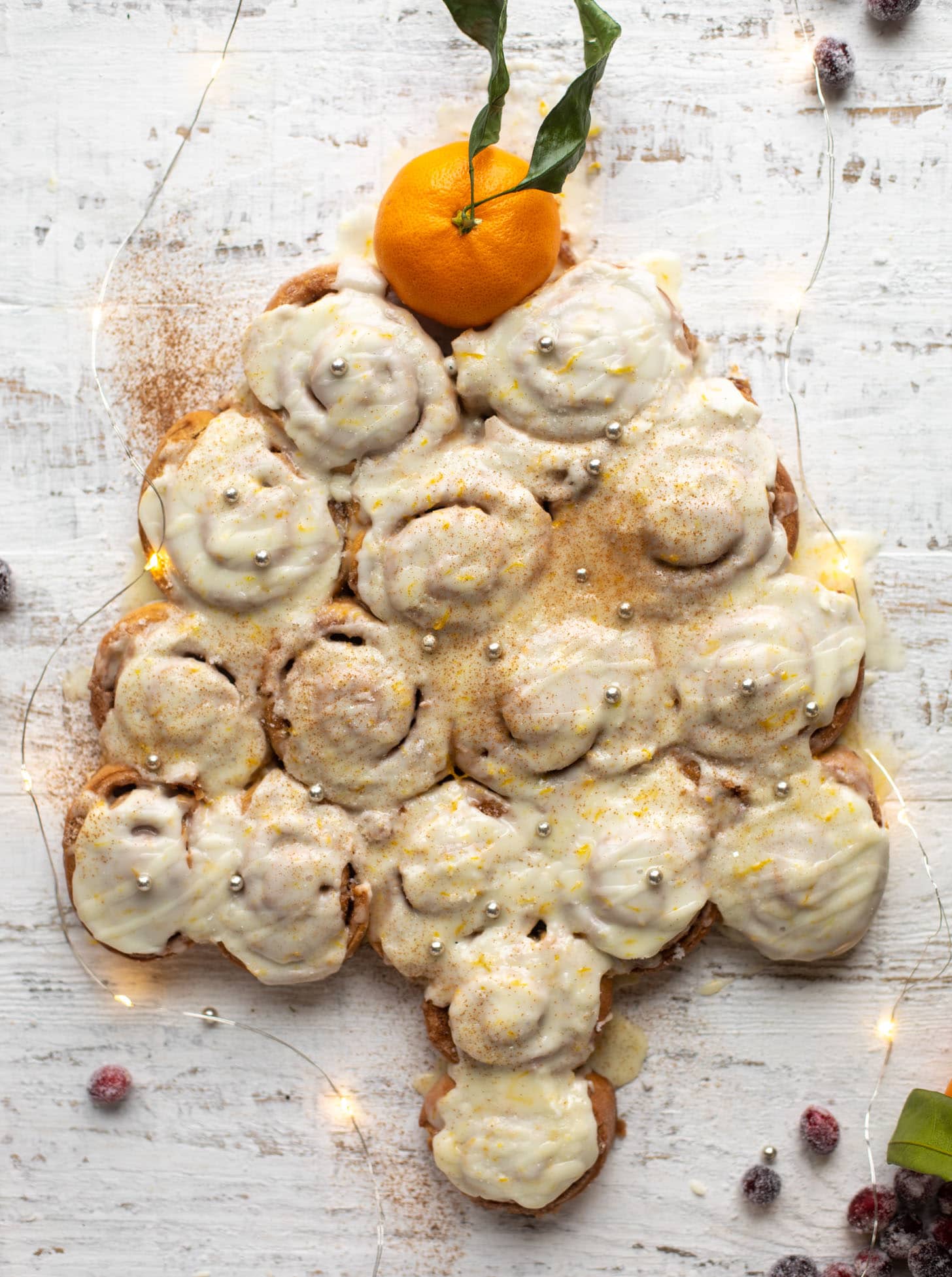 Also, do you like my childlike attempt at my cinnamon roll christmas tree? I think Max could have done a better job and he’s in kindergarten. But if you want to serve your kids something festive, throw your cinnamon rolls into a tree! 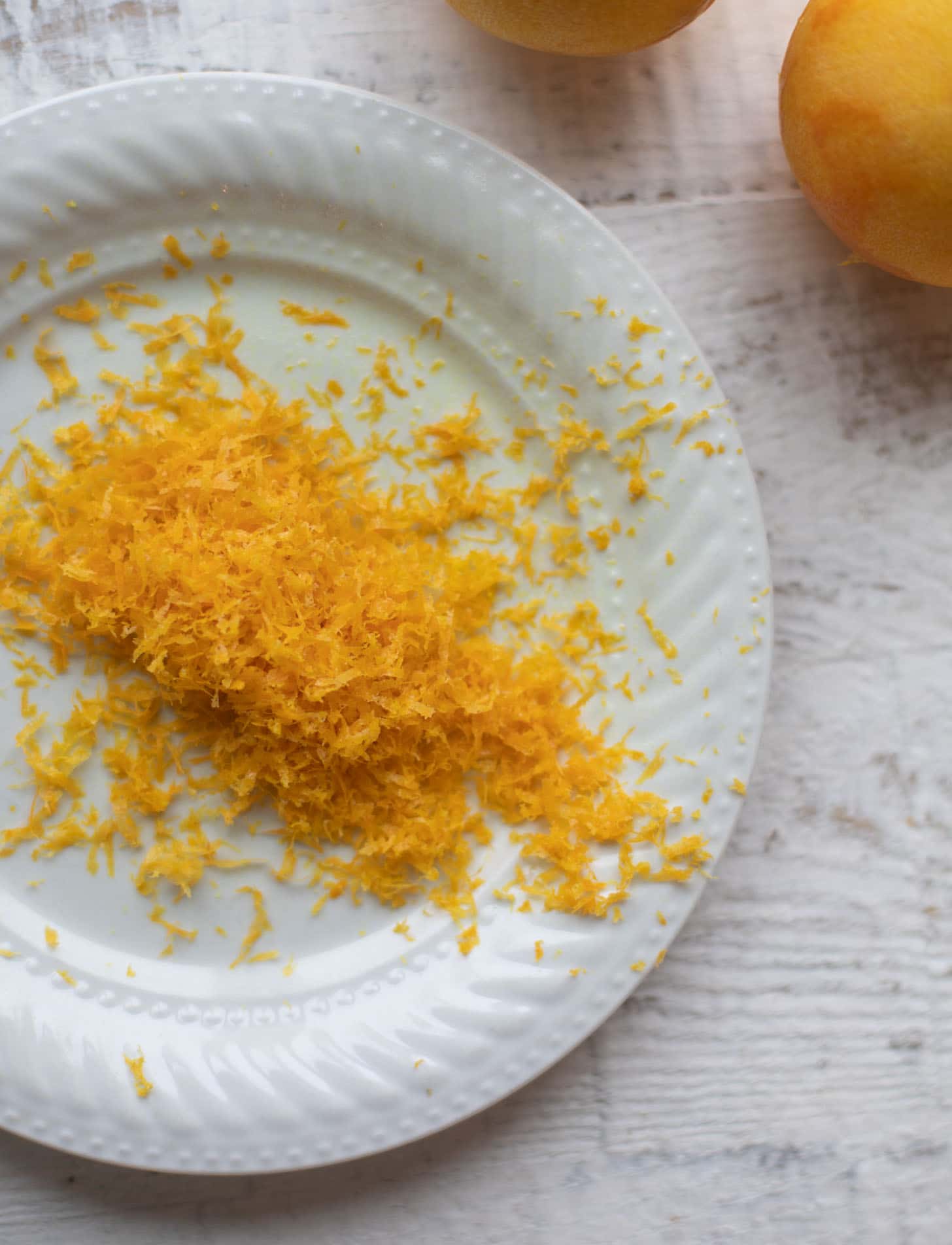 If you’ve ever tried any of my other orange treats (like this orange pull apart bread!) then you know that the orange rolls hold such a huge nostalgic holiday significance in my family. My mom would usually throw the canned orange rolls in the oven on Christmas morning and we loved them so much. We would lounge by the tree, play with presents and just enjoy a slow and easy morning. It was perfect! 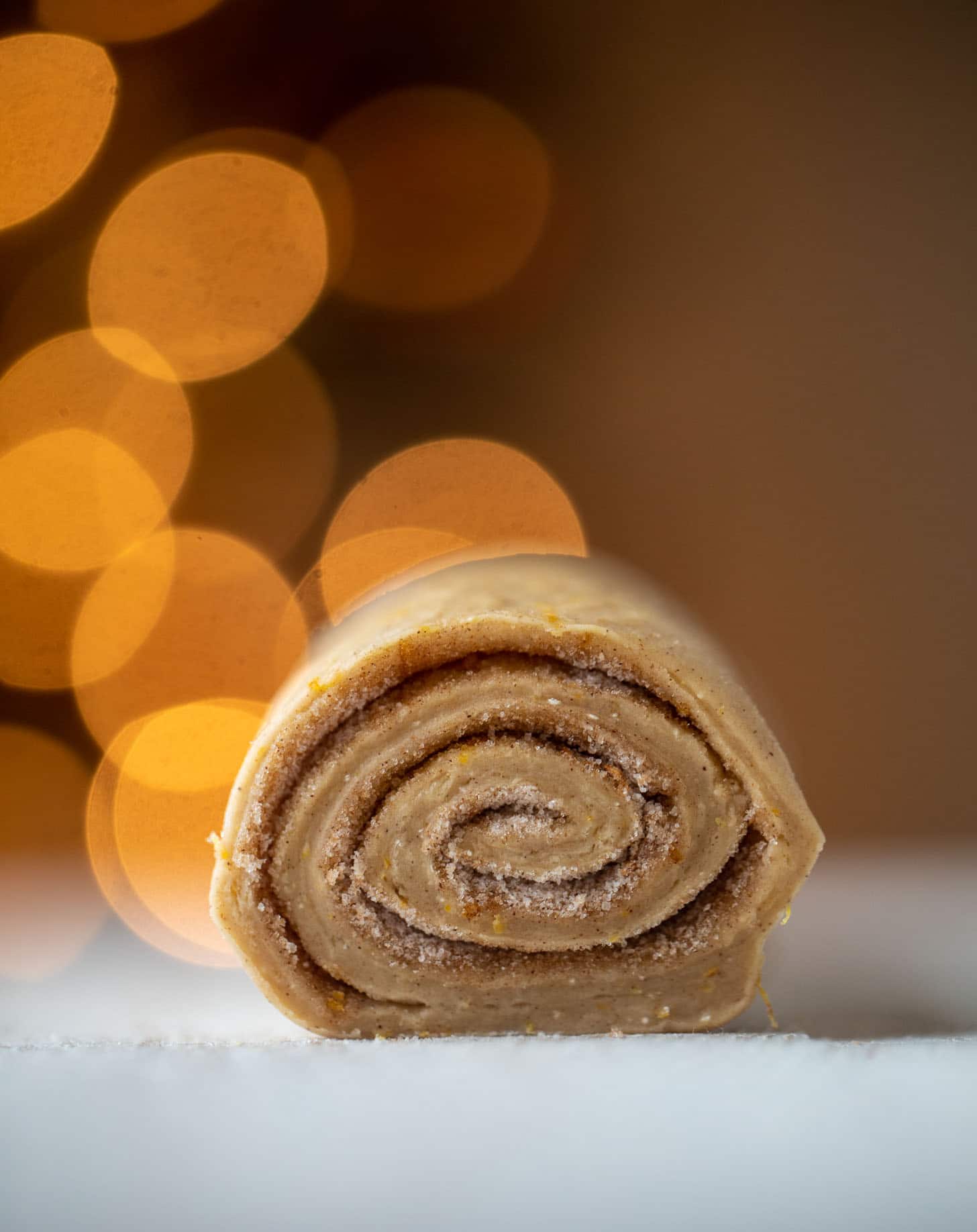 I’ve since made a few different cinnamon orange breakfast treats, and this year I actually have another coming after this because I’m all about the classics right now. Give me those classic, nostalgic flavors that taste like my youth to remind me of those days!

Both of my kids also LOVE orange rolls. Anything orange, actually!

And I mean, I’ve definitely made the orange rolls from the can a few times. They take a few minutes and you just can’t beat it. It’s like a taste of 1995 for breakfast and I can’t get enough. 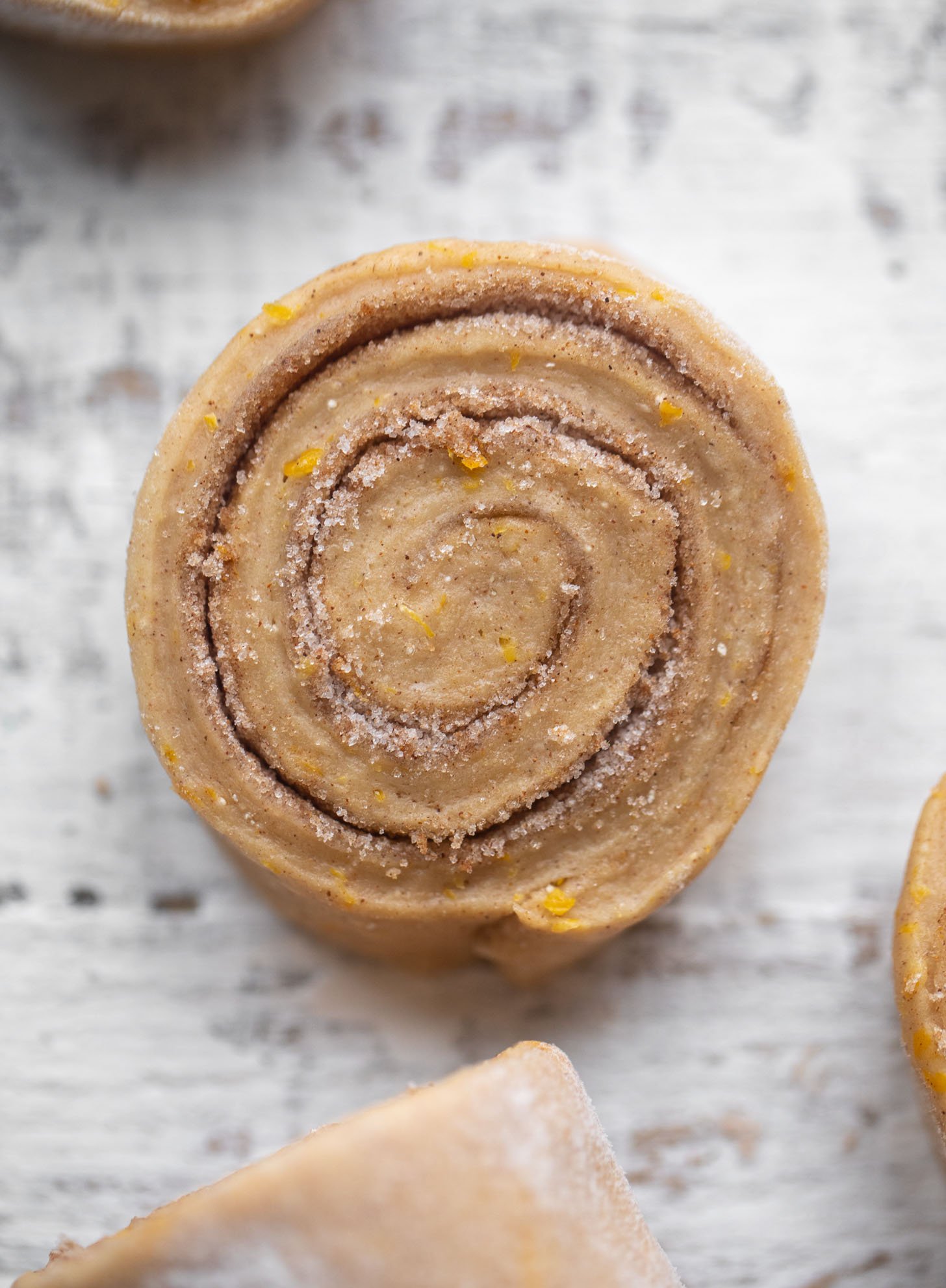 But here we are!

Making our own orange cinnamon rolls.

These ones are quick. Super quick! I used the recipe for my one hour eggnog cinnamon rolls. I love this dough. It’s definitely different from a dough that you let rise for an hour or two. And it may not be quite as fluffy and easy to work with. But the end result is still delicious and actually reminds me SO much of those canned orange rolls. It’s actually crazy how similar they are. 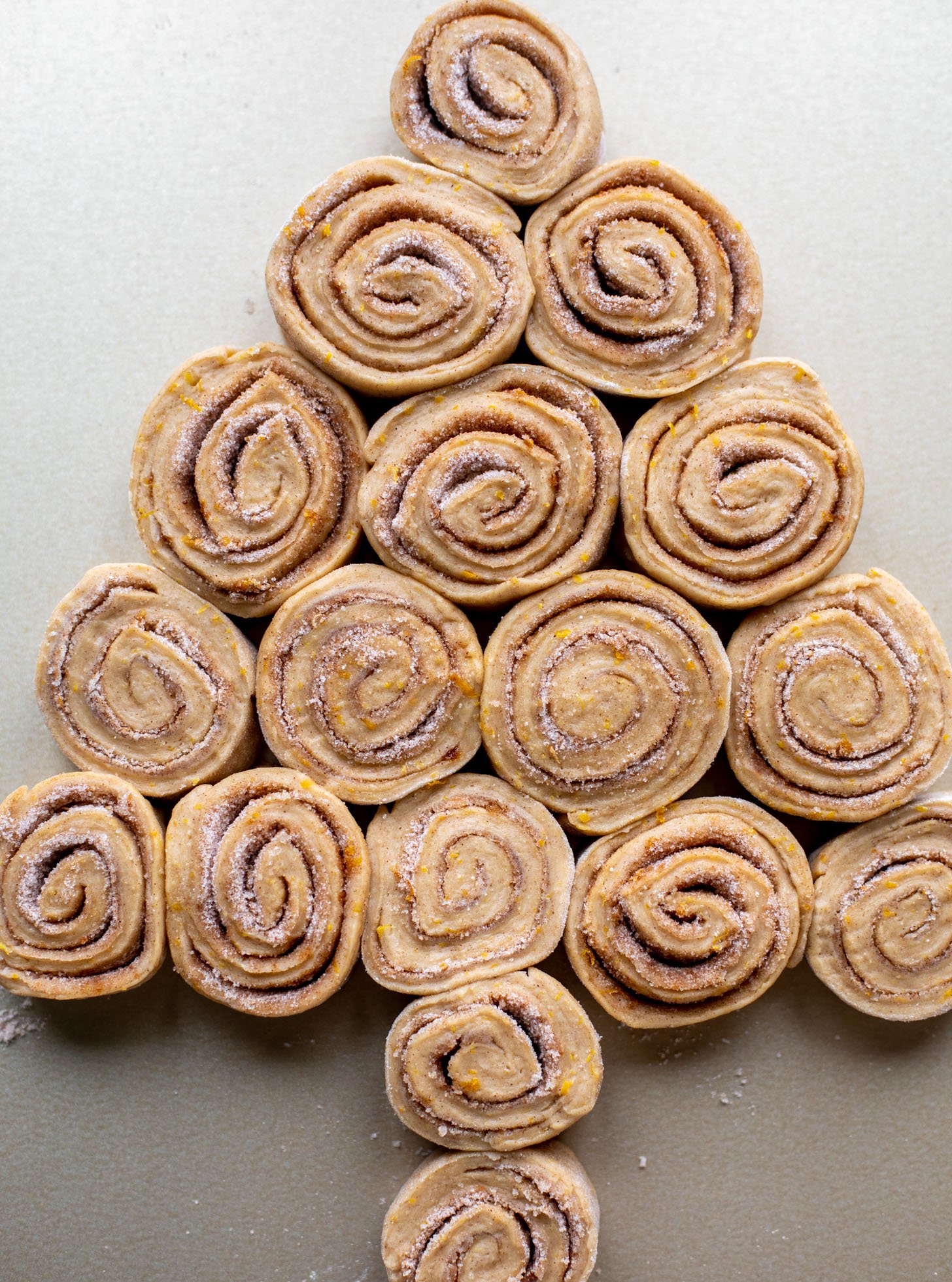 I like to add some orange zest to the dough, the filling and the glaze for that extra orange flavor. Citrus is SO good right now, and these taste heavenly! 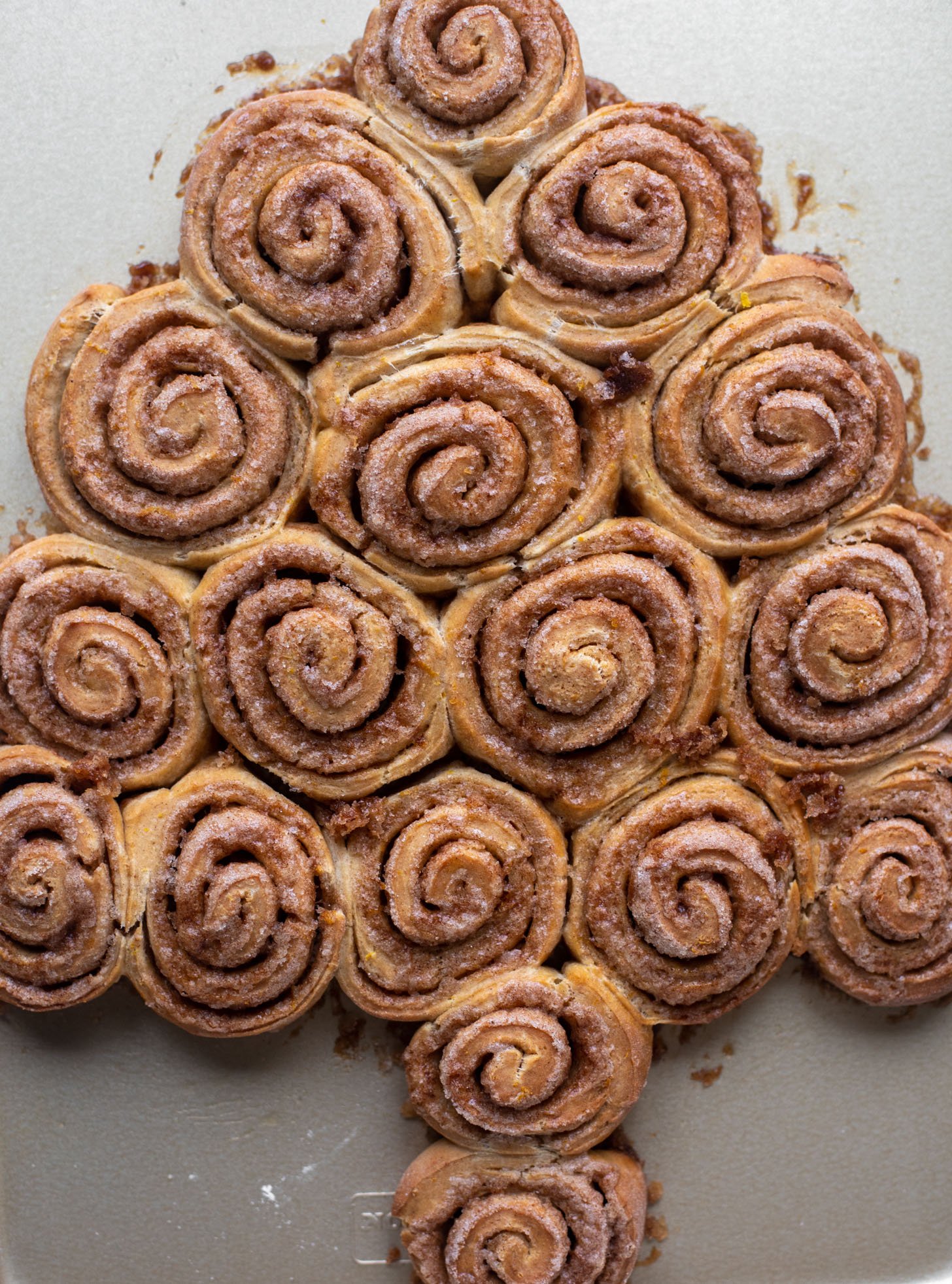 If you don’t want to fully bake these in the morning, you can also make the cinnamon rolls the night before, then stick them in a baking dish, cover them and bake in the morning. They will rise a bit more but are just as delish! If not more, because that cinnamon orange flavor marries together. 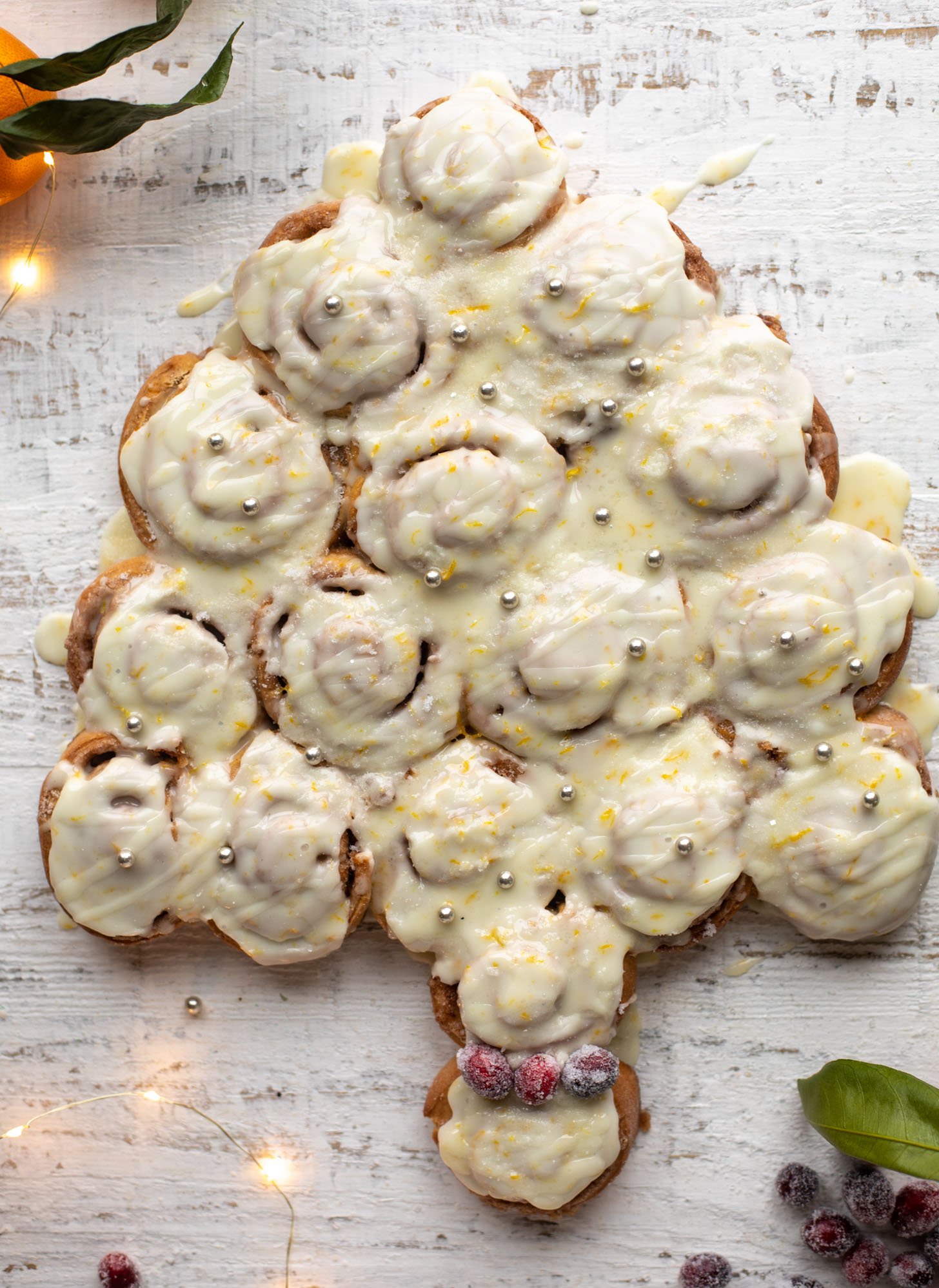 You can also make them fancier with sprinkles or sugared cranberries if you wish. Truly the glaze is enough along with an extra dash of cinnamon! 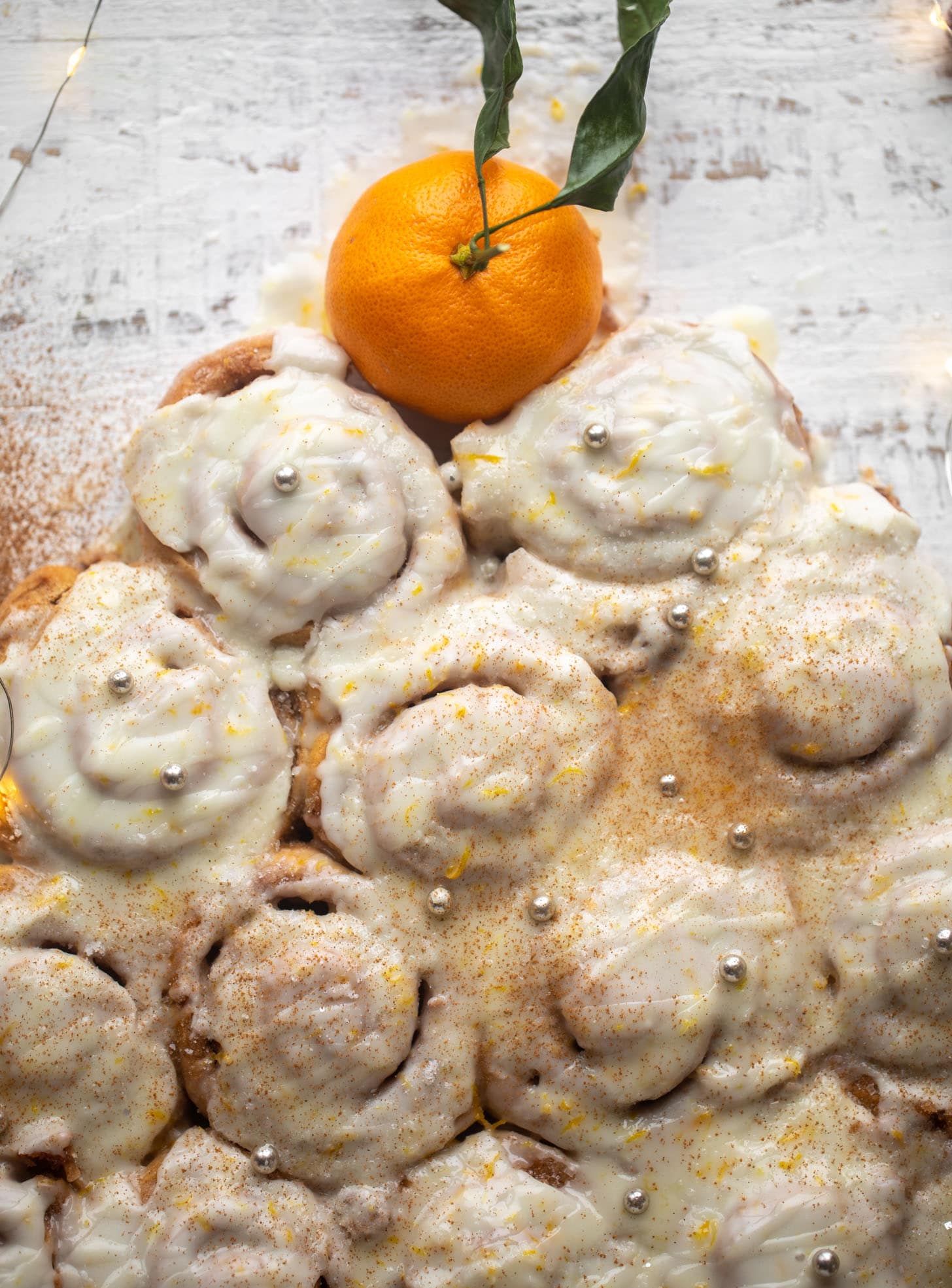 They taste like childhood in the best way possible. 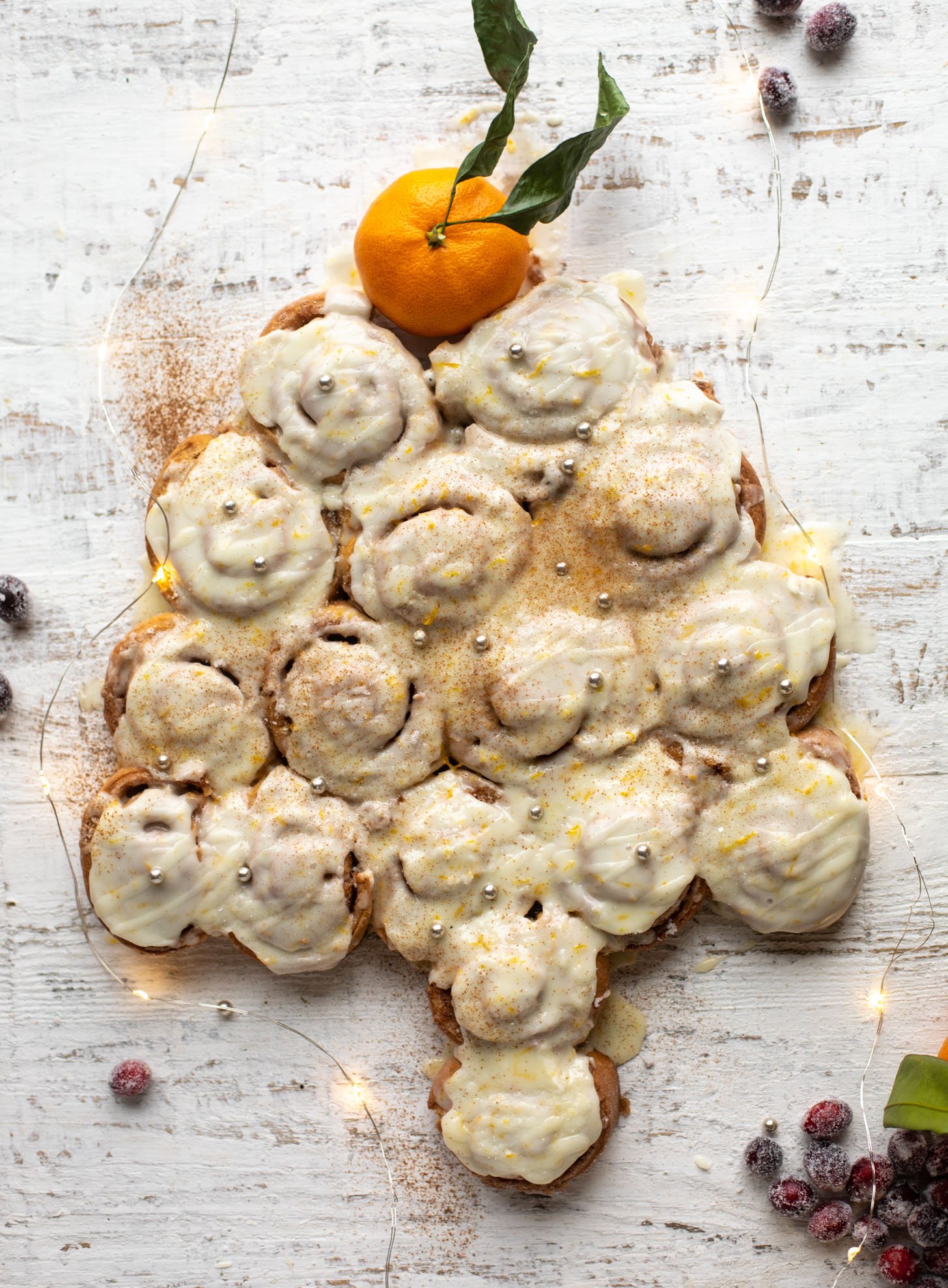 Yield: 6 to 8 people
Prep Time: 25 mins
Cook Time: 35 mins
Total Time: 1 hr
These cinnamon orange rolls are made in one hour and perfect for a nostalgic, sweet breakfast! Orange glaze takes them over the top!
Print Recipe Pin Recipe
4.95 from 19 votes
Leave a Review » 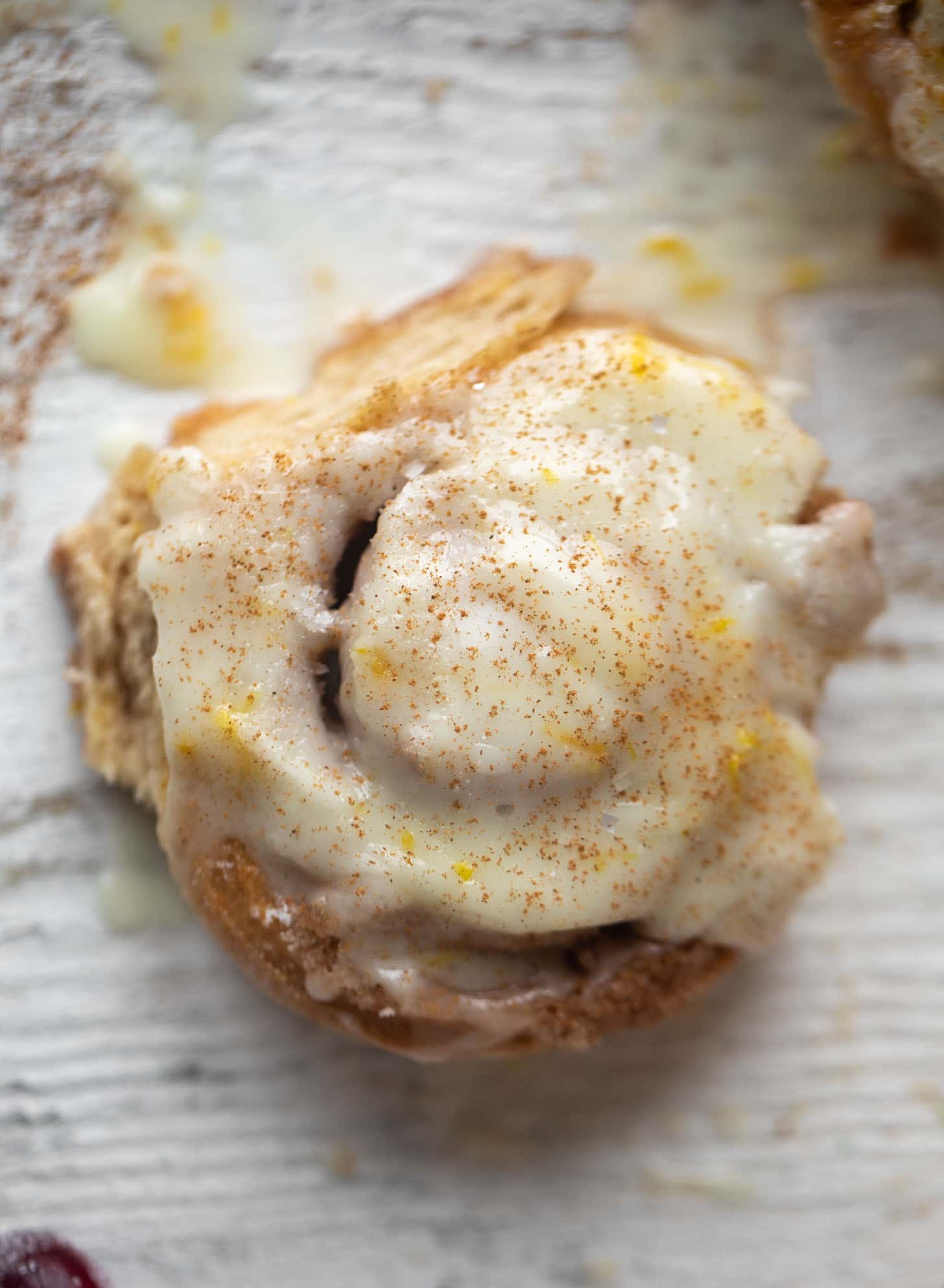