Some people think they are overrated. I tend to agree when they cost $6.50 a pop and crumble in your hand like fallen plaster or require chugging a gallon of milk to cancel out the dryness.

And I don’t even drink milk.

But I’m like, cake-impaired or something and can’t bake a whole layered thing to save my life. That kind of stuff requires patience… which we all know I do not have.

At all. I HATE WAITING. And the other crazy thing? I just don’t LOVE cake. I like it – some cake is absolutely fabulous – but it’s rarely my first choice. Unless it’s one of those massive tower-of-love death-by-chocolate so-rich-your-teeth-ache cakes.

Always down with that. Yessiree. 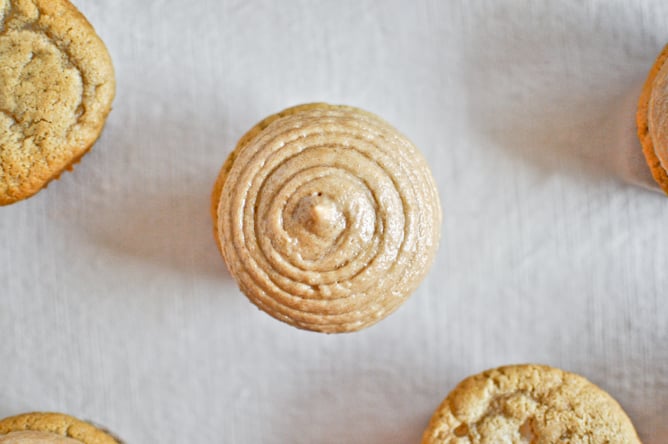 I make cupcakes because I miss being in first grade and bringing in treats for my birthday. I miss the excitement that cupcakes used to bring my seven year old self, and I crave innocence and simplicity. I miss birthday parties at bowling alleys that smell like, well… bowling alleys and skating rinks with “couples skate” that makes 2/3 of the people in attendance feel like utter crap at age 9. Cupcakes bring all that fun back. 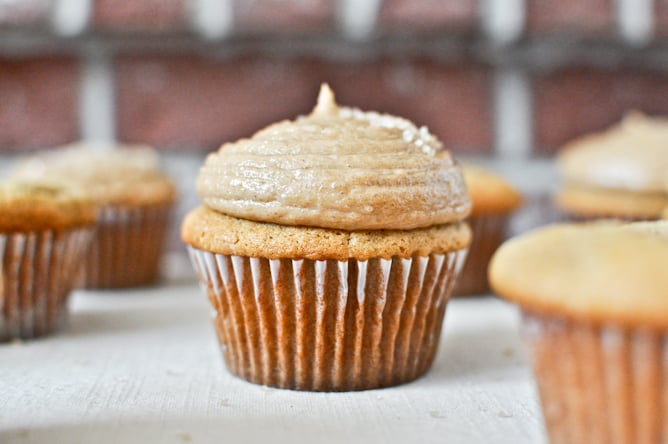 You know what else I miss? That wacko, borderline please-shoot-me “give me that filet o’ fish” McDonald’s commercial that played every Lent while everyone and their mother whined and complained about it. Ummm I loved that commercial. I sang along each time. I still am singing along. My husband bought earmuffs tonight. 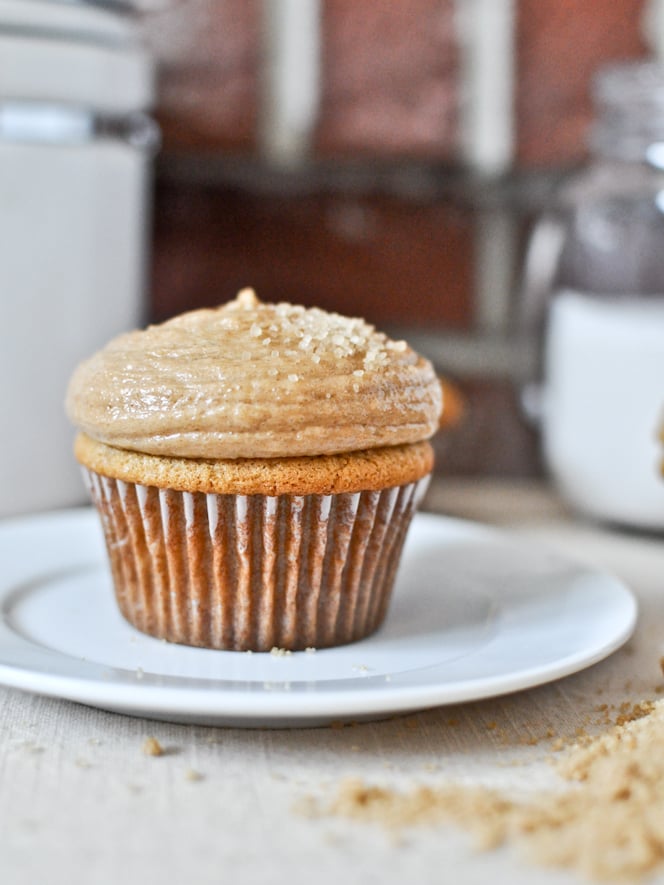 These cupcakes are perfect for that day when you need dessert but have had, frankly… just a little too much chocolate. It doesn’t hit me often, but occasionally I’ve just had TOO MUCH. Chocolate overload. Chocolate OD. Almost literal death by chocolate.

These solve all that. Brown sugar (the healthy kind since it’s BROWN) and peanut butter. Super fluffy cake that is a change up from vanilla and definitely not chocolate. Life’s cure all! 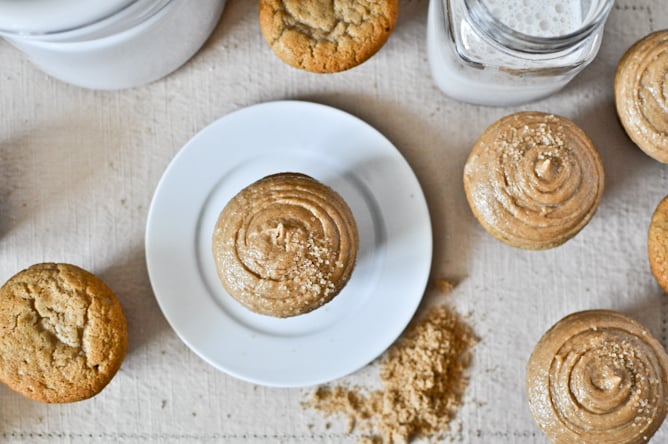 Preheat oven to 350 degrees F. In a bowl, combine flour, baking soda and salt, stirring to mix. Set aside. Line a cupcake tin with liners.

In a large bowl, whisk brown sugar and egg until smooth. Add in vanilla extract and milk, again mixing until combined. Slowly pour in melted butter, continuing to whisk. Add in the flour, soda and salt, mixing with a large spoon until batter is smooth.

Using a 1/4 cup measure, add batter to liners. Bake for 16-19 minutes, or until tops are puffy and golden, and don’t jiggle when touched. Let cool completely.

Add cream cheese to the bowl of an electric mixer. Beat until smooth, then add peanut butter and vanilla extract, mixing until combined. Add in brown and powdered sugars gradually, with the mixture on low speed. Once everything has been added, turn to medium-high speed and mix for 4-5 minutes, occasionally scraping down the sides. If you’d like the frosting a bit sturdier, add additional powdered sugar 1/4 cup at a time, mixing like before. Frost cupcakes! 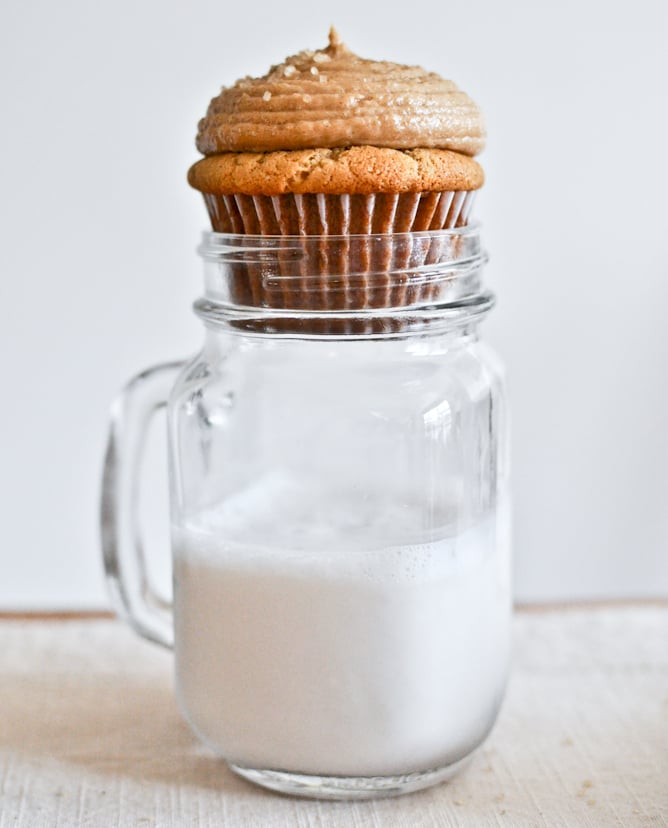 Let’s make this cupcake in a jar of milk a thing. I dunno I was bored.