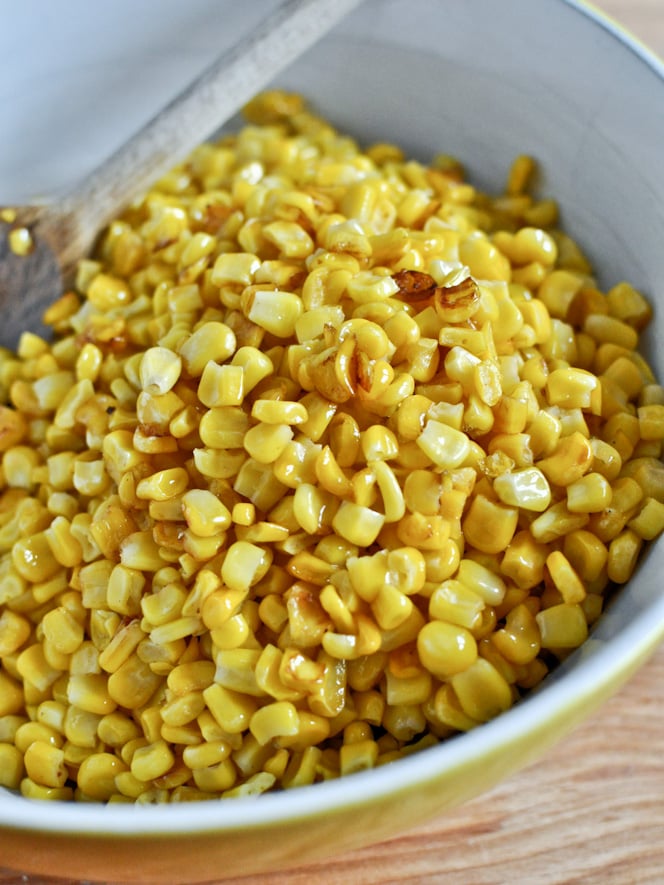 Instead of taking a nightly walk, going to yoga, making dinner, or finishing up a serious ton of work, I watched The Vow. All by myself. If you ever doubted my stereo-typicalness, now is the time to tell you to stop. I’m a walking cliche, except for the fact that the ending made me want to throw a beer bottle straight through the TV screen. Dumb. Just dumb. I’m also blaming that whole thing on the consumption of my emotions via the remains of this corn dip at 11 o’clock at night. 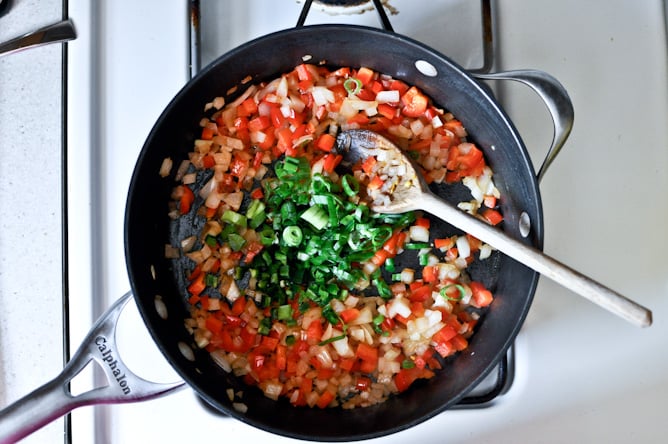 And just so you know? The title of this post does no justice for the flavor of this dip. But because I don’t like to be misleading, probably use waaaay too many exclamation points when typing, well… anything, and am not exactly sure how else to describe a warm dip made with corn and cheese even with the help of a thesaurus, the title shall remain.

Just know that I’m not the least bit happy about it.

Last week, I received an email from a reader named Leigh who mentioned that she had this corn dip over the weekend and that it was phenomenal. I don’t know what it is… maybe since summer is on the horizon, this chilly weather is making me want to lose my mind and corn is just simply one of those things I adore… but I HAD to make it immediately.

And it was pretty fantastic, to say the least.

I made a few changes, you know… like using Greek yogurt instead of mayo, but while I can try to argue that “oh! I made this healthy!”, I totally added bacon, all the bacon fat AND more cheese. It’s basically a requirement when it comes to dip, FYI. If I could have added beer, I would have. In fact, I might spend this afternoon trying to figure that out.

But actually, while I did all that stuff, this dip really has a variety of vegetables. It’s sort of like… a garden dip or something. It’s quite summery and exceptionally flavorful, and when it comes to dips with vegetables included, this is something that can’t be overlooked. Well… at least in my world. Heat a large skillet over medium heat and add bacon. Fry until crispy and all fat is rendered, the remove bacon and let drain on a paper towel. Add corn to the skillet, cooking and stirring until golden and a bit caramely – about 6-8 minutes. Remove corn and add it to a large bowl. Add olive oil to the skillet, then add onions and red peppers with salt and pepper. Cook until softened, about 5 minutes. Add in jalapeno, green onions and garlic, cooking for just 2-3 minutes. Transfer mixture to the bowl, adding in the yogurt, paprika, bacon and 4 ounces of each cheese. Stir until combined, then top with remaining cheese.

Bake for 20-25 minutes, or until cheese is golden on top. Serve immediately with tortilla chips or crackers.

Note: this recipe works best with fresh, cooked corn straight off the cob (and caramelized), but since its not in season here yet, I used frozen corn that was thawed and completely dry. 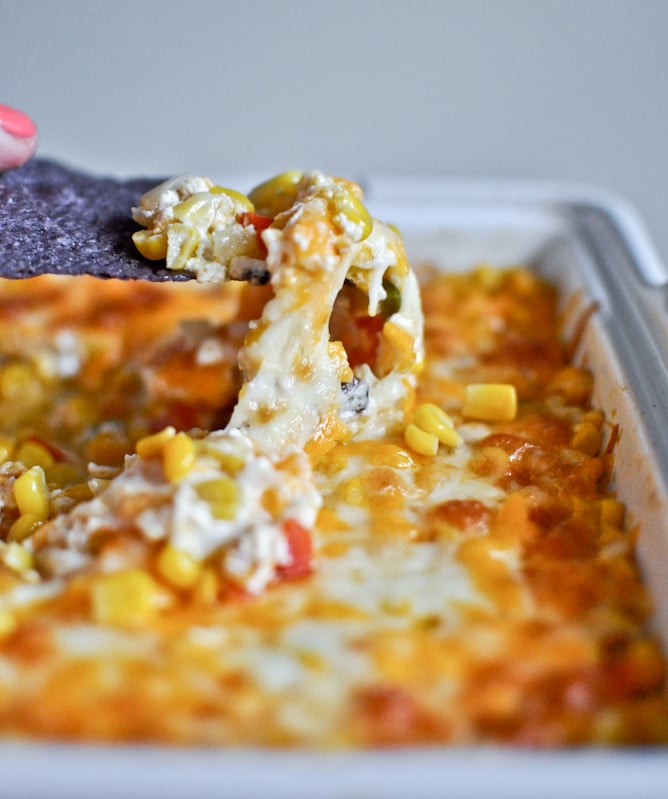 All these vegetables this week. Maybe I’m turning a corner.