Ugh. You know what I really want to do right now? BESIDES gorge on tacos and watch a Felicty marathon while simultaneously going on a shoe shopping spree.* 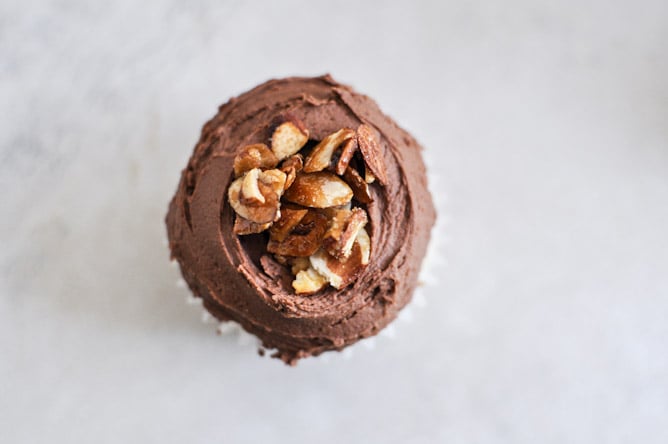 Face plant into this frosting. According to my cousin, it tastes “like E.L. Fudge filling on crack.” Remember E.L. Fudge? Um hello my favorite store bought cookie… ever. Well, maybe. I don’t know. Need to think about this one for a second. Really I think I’m just partial to them because Mother Lovett always had a package in her cupboard that also housed really old, yellowed recipes on newspaper, a can of Nestea to which she’d put six freaking scoops in a quart to make iced tea so sweet it would hurt your teeth and two boxes of oatmeal cream pies. Which I hated. But sort of loved. Then couldn’t stand. Then liked. I never really made up my mind about those. But I’m pretty sure I just wanted to like them since everybody else did.

So goes the mind of a first born child. I hate to say it… but I wasn’t always a fan of the almond cake. My mom used to love this almond torte from our local grocery store when I was growing up and I’d enjoy a slice, but that was it… just a slice. After one slice, I was good for another year or so because you know I pretty much live by the motto “give me chocolate or give me death.” Oh and add peanut butter in there too. I could’ve cared less about some dumb almond stuff. It wasn’t until I learned about almond cake with chocolate frosting that I figured out where I had went wrong all those years… the icing. On the cake. Literally. White frosting is not my number #1 choice, so almond cake with white frosting didn’t cut it. However, right about now it sounds freaking delicious but I think that’s because I just ate pretzels for dinner. So there’s that. But almond cake with CHOCOLATE frosting?

This I can get behind. And on top of. And in the middle of. 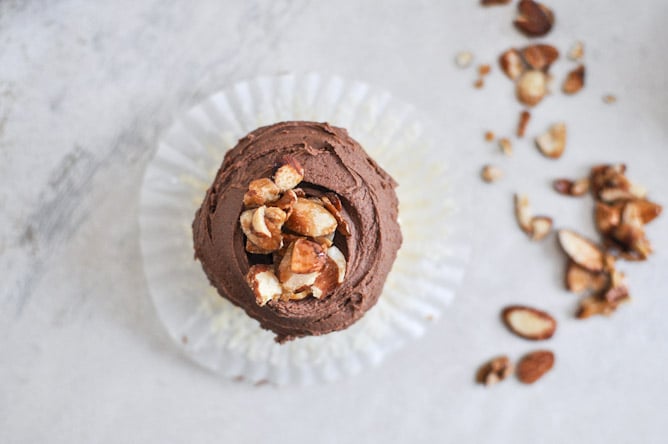 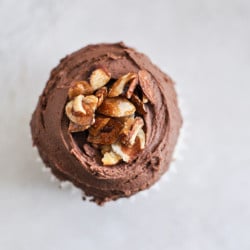 [these cupcakes are slightly dense but soft. if you prefer a super fluffy and light cupcake, i suggest using your favorite white cake recipe and adding almond extract!] *someone please make this happen. puhlease.