It’s kind of a biiiiig week my pals. Not huge, but sorta big. It’s coming up on that little anniversary of “omg we’ve been married for four years and haven’t killed each other” type of thing. I guess that’s big, right? Sweet.

And the thing is, we don’t have a ton of memories IN the kitchen. We have a lot of memories of me kicking him out of the kitchen, because uh, he sort of destroys everything that resides in the kitchen. Seriously. I’m not being mean. Please send help for our pots and pans. And whatever you do, do NOT give him any ground turkey and put him near a stovetop. Ugh. 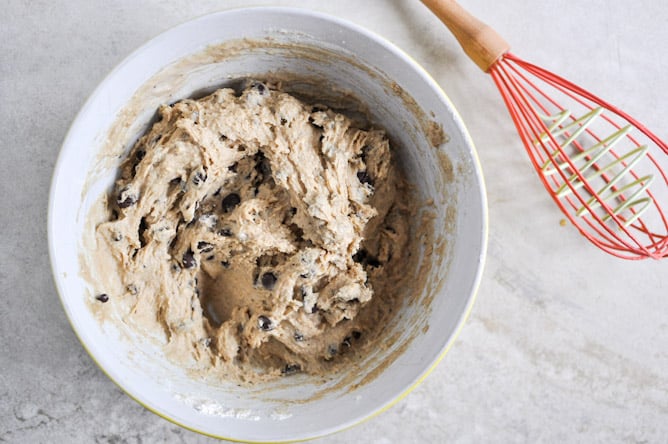 We also share a lot of memories of me ruining dinners I attempted and then still serving him a lot of dry chicken and unseasoned pasta or clumped-together rice or watery soup. And him being totally cool about it. Yeah, basically take like all of those country songs that talk about new wives trying to make dinner and new grooms suffering through them and yeeeeeah… that. Oh but the best part is that it happens, like, all the time since it is my job.

And um, one of the greatest memories we shared in the kitchen was when I tried to make us cute mini red velvet cakes that turned into burnt burgundy sludge and resulted in a lovely bonding experience over oven cleaning. Don’t recommend that. Just a heads up. These muffins were not birthed from any idea I had, instead they came straight from my husband’s brain. Or at least from his phone, where he found himself typing “hey could you make some whole wheat chocolate chip muffins?” Sometimes he gets these crazy sweet teeth which are highly unusual because it is not a stretch to say if given the choice he would most likely go for the filet over the cupcake. The chicken leg over the cheesecake. The nuggets over the milkshake. Errr, well… maybe the nuggets dipped IN the milkshake.

That’s something I would do. And something that would totally skeeve him out. But needless to say, when his teeth get sweet I am all over that. I love not having to eat cake alone. I love eating ice cream straight out of the container, TOGETHER. I love discovering him back in the kitchen after said ice cream was put away, standing over the sink with a big spoon in the pint. I love finding the empty container in the trash can the next morning, and NOT because I put it there. It’s so… comforting. 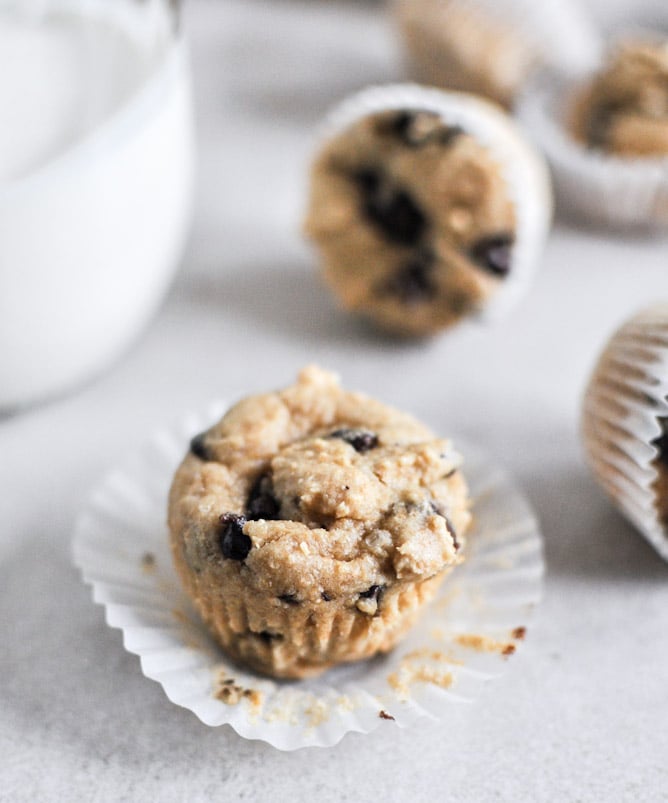 Ooooh and these are butter free. Pop ’em like candy.

[This post is sponsored by Nestlé® Toll House® Morsels, the perfect special ingredient for all of your family’s favorite treats!]