I did something good. I spread that all over a warm and crispy tortilla. So it got a little melty.

Then covered it with marinated chicken and a hodge podge of tomatoes, artichokes and dill among other wonderful things.  Olive oil, lemon squeezes, lots of seasoning. Yes. I’ve essentially centered my life around this whipped feta. I love that stuff so freaking much. It takes any boring meal over the top within seconds.

It’s so simple but packs a ton of flavor.

It’s so delicious that I can think of nothing but short, cliché sentences to describe it. Last year I made tostadas and I think the verdict is in: I prefer corn tortillas. They get a little crispier, most likely because they are thinner – but in a pinch flour tortillas will do. They get crisp but a little puffy at the same time. It doesn’t matter much at all as long as they have some crunch. After all, everything you want is piled on top.

You can take this combo and throw it on pizza. Stuff it in a pita. Maybe put it in a quesadilla? Stick it in a sandwich.

Put it on a salad if you’re into that freaky stuff.

As long as it makes it into your mouth, the goal is reached. 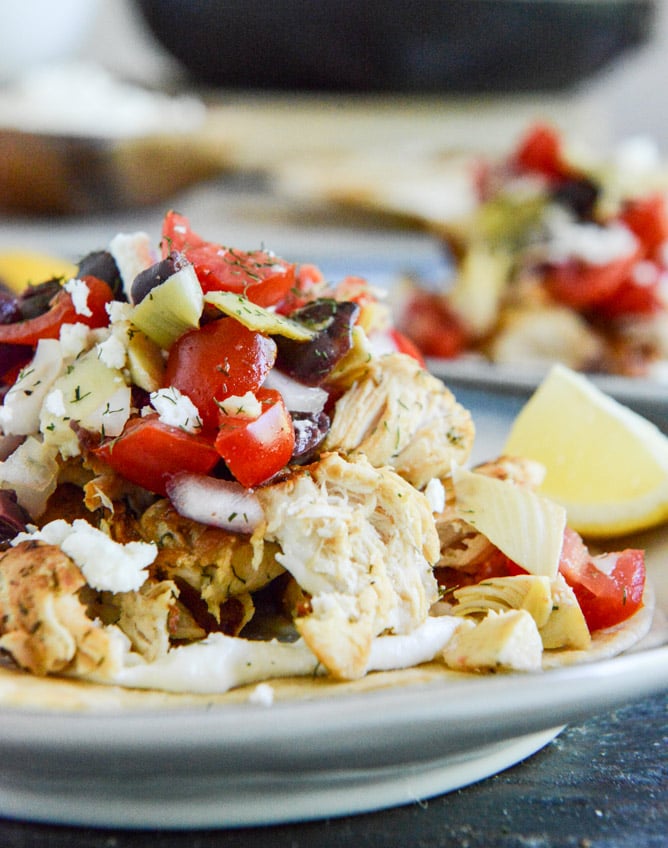 What if you took it all and dumped it in a bowl of hummus and scooped it up with pita chips? Hmmm.