There is a lesson to be learned here. 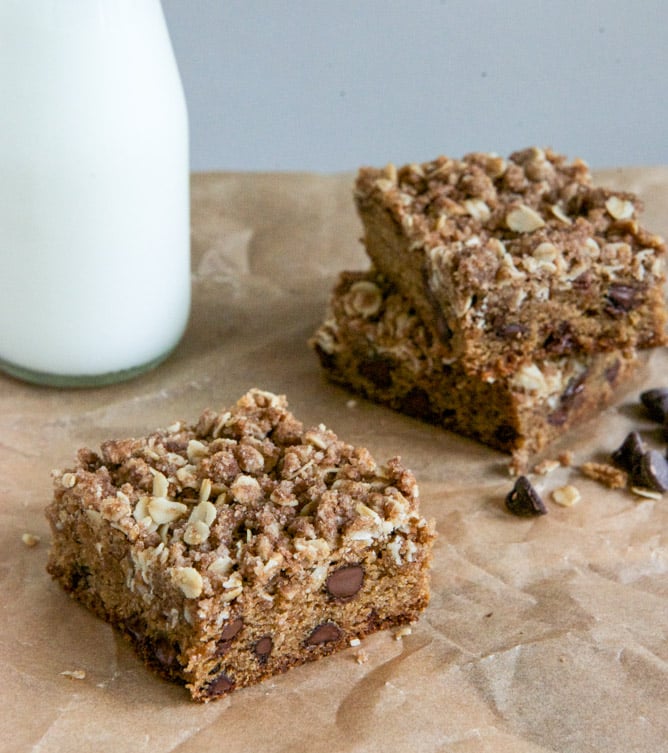 You can’t make blondies without butter.

I mean, a whole lot of butter.

Also, I just noticed that autocorrect informed me that you can’t make BLONDES without butter.  I’ve been a blonde before and I’m not sure if this is entirely true. 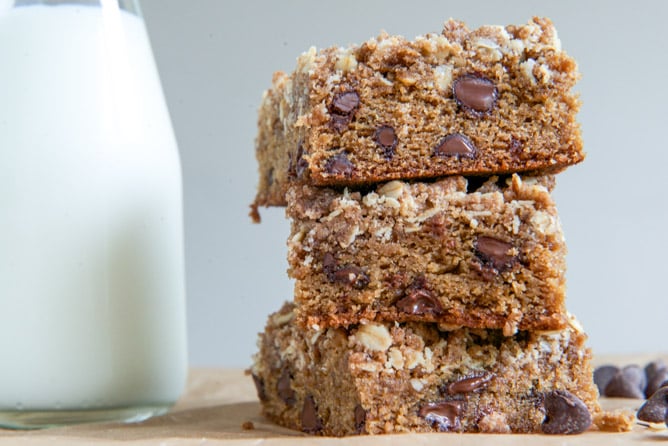 Anyway, it’s no secret that I love some butter – in any form, really – but this is the most butter I’ve used in a loooong time for something that does not consist of buttercream frosting. I’ve missed it.

Originally, I wanted to make oatmeal chocolate chip blondies. Like – oatmeal actually in the blondies. And I did do that.

You will see their beautiful feature in the upcoming fourth installment of How Sweet recipe disasters come December. It wasn’t that they weren’t… *good.* They were okay. But the oatmeal sort of made the blondies cake-like. A bit fluffier, if you will. They didn’t resemble real blondies that were chewy and dense. And even though I gave most of the pan to my cousin and I’m pretty sure that between she and I, they were devoured… they just weren’t up to par. I couldn’t deem the blondies worthy of invisible internet friend sharing. Get what I’m saying?

It will be a miracle when I can one day tell a story or type out my thoughts and feelings without saying so many words. My dad tried to help me with that habit about five years ago and my husband just commented on it six months ago. But it DOESN’T MATTER. I need all the words.

I’m really fun in an argument too. Obviously. 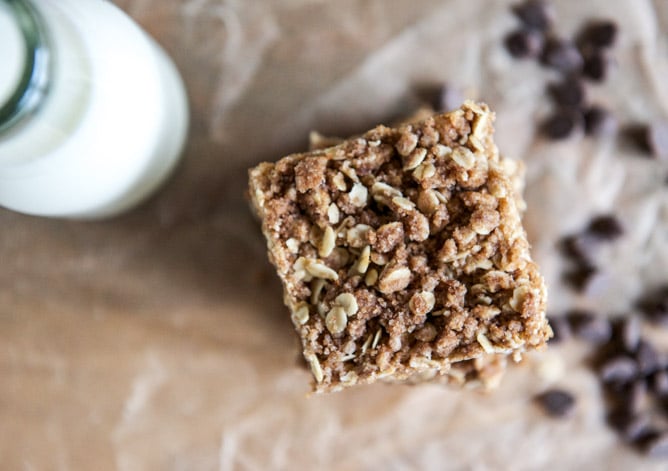 My super excitement over some extra texture in these blondies is through the roof. Hello, streusel? It’s so crunchy. SO it’s like a little crunch on top ending with some chew. And some chocolate. A bunch of C things. Crunch, crispy, chew, chocolate.

The oatmeal cookie streusel got me insanely thrilled to make some of these sweet potato hasselback potatoes with the cookie crumble on top. Maybe I’m ready for fall.

But for today, this.

A glammed up bar – now that’s what I like. I know somewhere in this post autocorrect got me. I apologize, blondes.