I’m squinting at you today. 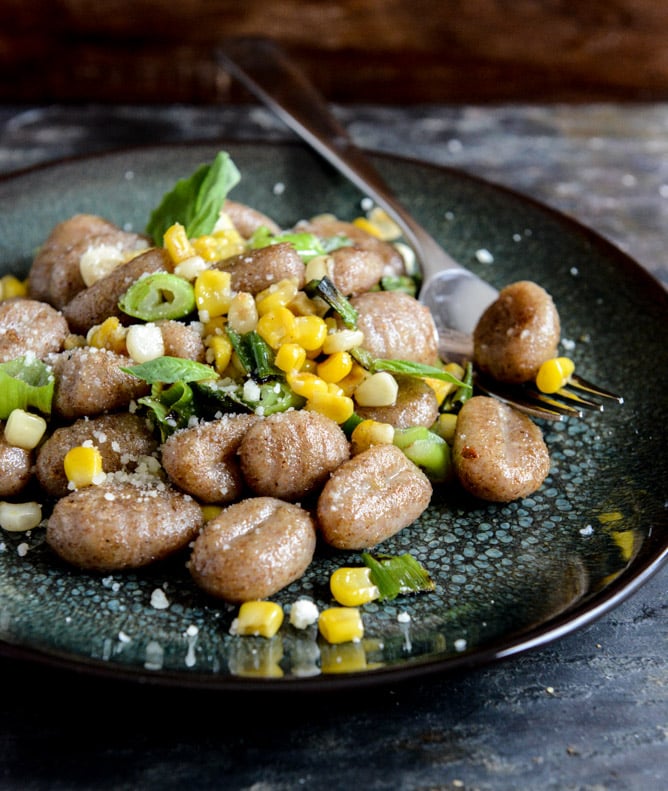 All I want to do on this fine Monday morning is slam my face back into the covers and watch some sort of trashy television. After the most perfect fall weekend that included but was not limited to outside workouts, shopping, too much pizza and football, you’d think I’d be relaxed and ready to go. Instead, my head is spinning with a gigantic to-do list of work and normal life things. Like when will the fall booties I want go on sale and should I just bite the bullet now and risk the purchase?

Nah, I’m just kidding. I mean, sort of. That’s definitely on my to-do list but it’s not like I consider it life altering.

At least not all the time. Sometimes, yes. (I will let you know when. Obviously.)

Last week I finished photographing a handful of recipes for the cookbook that I had developed a freaking year ago. Lots of second guessing and self doubt and omgIcan’tdothis created a little cesspool in my brain and let’s just say that I should probably go to therapy for retail therapy. This also means that I finally should clean up the room in my house that is currently overtaken by dishes and cups and things that supposedly make photos look pretty.

Seriously… you cannot see the floor. The floor of that room has been cov-errrrrrred with “props” (if you can call them that) for nearly 12 months. It looks like a bomb went off or a tornado swept through the room. It is now in such a state of disaster that I can’t find anything and just want to look in there and cry. I might have. Like four times. Instead, I’m just eating my emotions in the form of brown butter toasted gnocchi. YES. If you do one thing this week… toast your gnocchi.*

And if you’re going to eat your emotions, this is how you do it.

This is another super simple meal that eases the transition from summer to fall. The temps are dropping… it’s slightly cooler outside and I’m tempted to stuff myself with comfort food. But at the same time, I want to live up the end of my warm weather favorites. Blah, blah, blah. I know. I’ve said it a million times already.

So I was a really weird kid and hated pasta when I was growing up. This was difficult, considering my mom made pasta every Thursday night. It probably had something to do with my dislike of tomato sauce too. My solution? I threw tantrums and acted like a snotty little brat. I pouted and ate cereal or didn’t eat anything… until like 10PM when I’d be starving and therefore eat crackers or a banana and peanut butter. Or I’d just eat like four pieces of garlic bread and call it a night.

Then. One day my mom bought gnocchi. If you’ve been reading along, then it should come as no surprise that pasta still isn’t my go-to meal. Sure, I love a good clean-out-the-fridge, trashed up pasta in the spur of the moment, but it’s definitely not my drug of choice. It’s just not my thing. Pretty sure we all can agree that my thing is pizza. And burgers. And tacos.

Perhaps I should made a chocolate, brown butter and bacon pasta and see where that leads me.

Anyhoo, the gnocchi sold me. No longer was I a miserable little punk on Thursday nights.

Well, I guess that could be debatable. But whatever.

These days, if I’m surrounded by pasta choices or forced to go to an Italian restaurant that doesn’t exactly specialize in pizza (the horror), gnocchi is still my first choice. Unless there is some sort of cheesy, brown buttery, lobstery ravioli.

I was inspired to throw this gnocchi together after having an incredible fettuccine a few weeks ago with many of the items I listed above. GAH. It was so fantastic. That was also that night that I chose to drink a cappuccino at 10PM so I was flying high. And before the fettuccine and the cracked out coffee, I partook in three appetizers that includes tomatoes, tomatoes, goat cheese and tomatoes. Gotta thing for the summer stuff. Can’t help it.

See? Now you can use up even more of the produce you’ve got laying around. Oh fun times.

For the love of, well… everything, just toast your gnocchi. 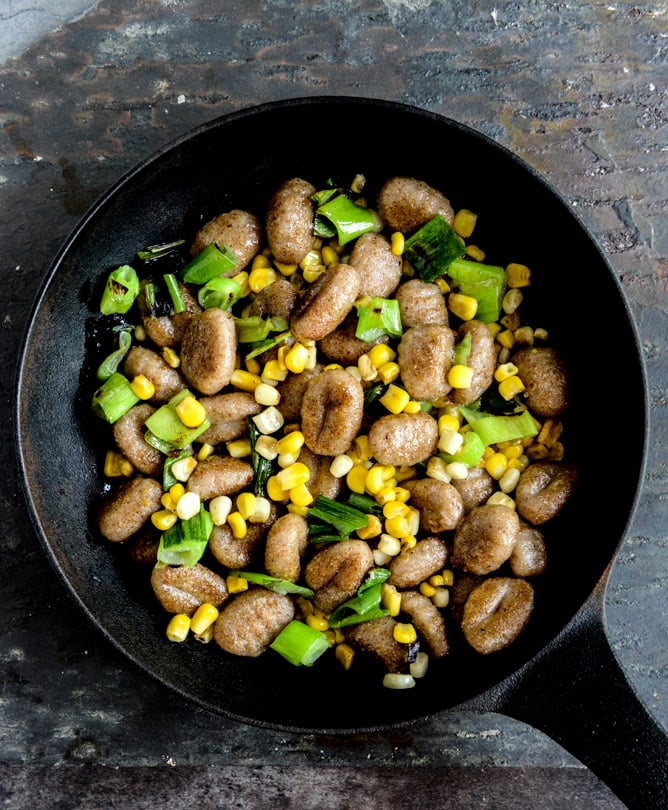 *you should probably also tell people today that this is what you’re doing. Fabulous expression.