Bring on the pork. 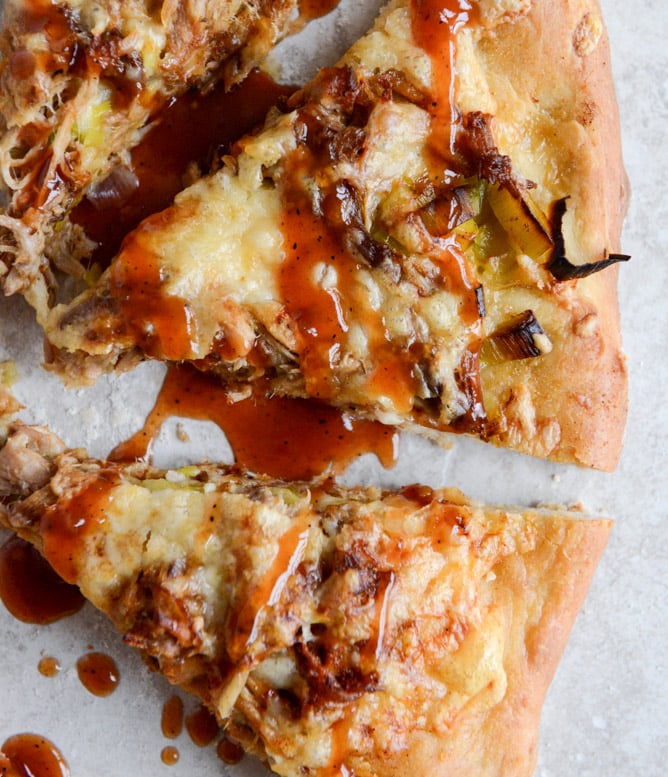 Isn’t it good luck to eat pork to ring in the new year? I think it is. I’m game for pork all the time but if it’s gonna make me lucky, give me the pig times one million.

Oh and since I like to make things as trashy as possible, we’re consuming it in pizza form. Because that’s normal.

People. Something is happening.

It seems as if… I’m slightly losing my sweet tooth. I’m distraught and confused and pretty much like WHAT. I’ve been known to have the sweetest teeth ever (comes from my mom’s side) and could survive alone on something of the chocolate variety.  But now? Things are… weird. I made tons of cookies for the holidays and didn’t touch any for nearly a week. And no, it doesn’t have to do with me just being around them too much – heck, I pretty much cook for a living and am around everything all the time. It’s never been this severe in years past. I would wake up, work out, have breakfast and have a cookie. Like clockwork. It’s the holidays after all.

Now? I’m just not interested. I’d rather have eggs and bacon or cheese or toast or, or… or… I just don’t even know me anymore.

Don’t get me wrong: I still want something sweet after dinner and whatnot. It’s just not as prevalent as before and I’m losing it.

Basically, it’s like I kind of have self-control now? Without needing to control it? Maybe this is what’s called GROWING UP.  Maybe. 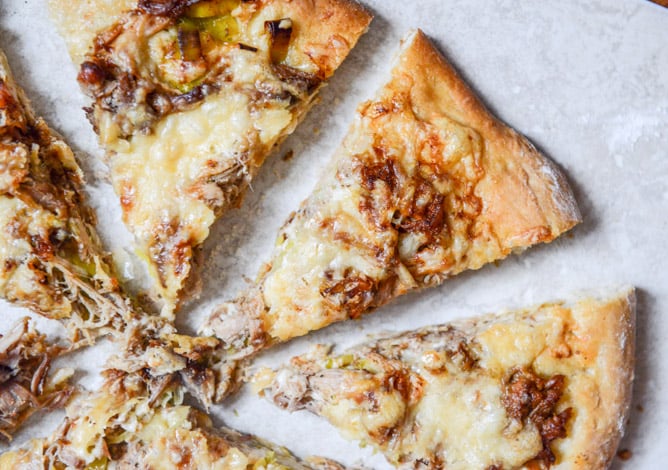 If you’re feeling this pizza like I’m feeling this pizza, you may already have some pork on hand. It’s the type of pizza to make with your leftover pulled pork, but if you’re looking for one to start with, I used this recipe and shredded the heck out of it.  The rest of it would be in my freezer so we can chow down over the next few days, because when you eat in food blog time, you eat like at least two weeks ahead. So it’s sort of real life but not really real life. Real life sped up.

I also added a little drizzle of BBQ sauce because pork plus cheddar just seems to cry out for sauce. It’s like a sandwich on a pizza! 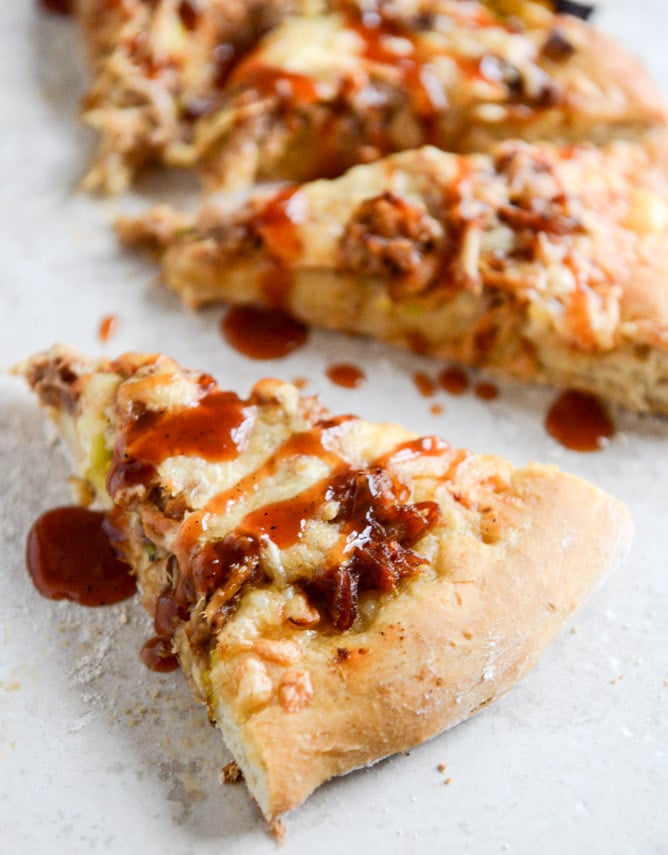 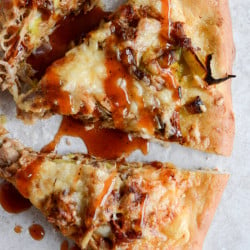 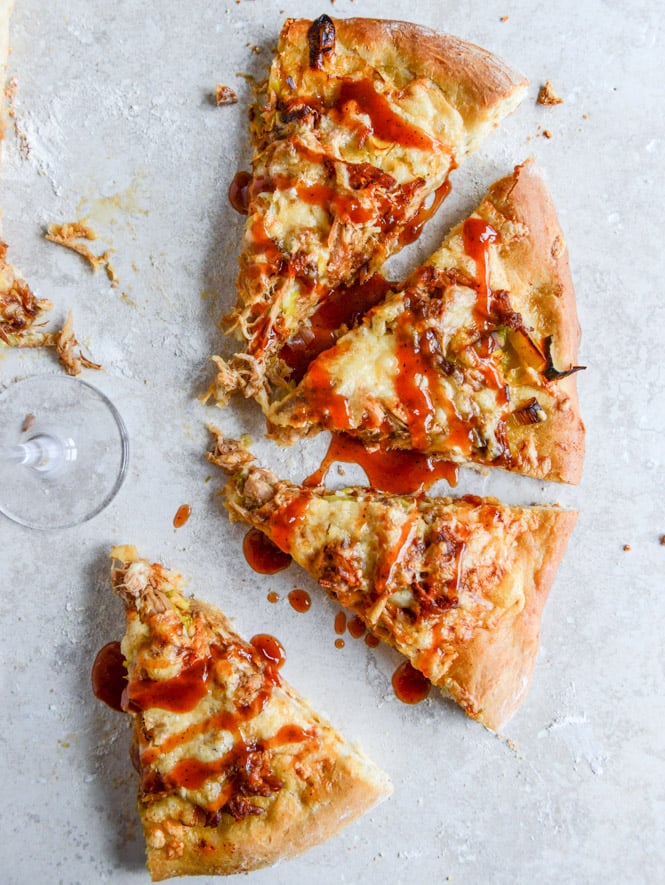 You could also eat this combo on a pretzel roll. Just sayin’.