I decided to do something totally different today!! 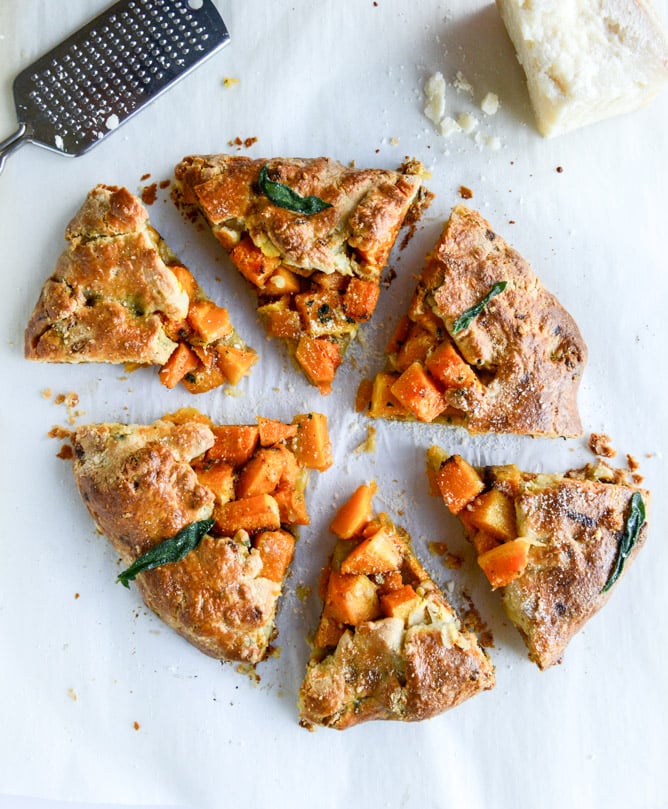 Or not. That’s a bundle of lies. This is a pie of lies.

Don’t act so shocked. There is a lot of brown butter and crispy sage and cheese too, so you REALLY don’t have to act shocked.

Like sage fried in brown butter. Cheese in the crust and in the filling. There is just SOMETHING about the sweetness of squash, the caramely brown butter, the tangy parmesan and the crunchy sage (which is completely weird and fuzzy if not crisp) that makes me head spin. It’s easily my favorite combo of the season – even over something with brussels sprouts and the flavors just… get me. Yes, I realize that sounds ridiculous but I actually believe it too. Which makes is more ridiculous. These four things together: squash, sage, brown butter and parmesan GET me. They appeal to my taste buds in the exact ratio that they should. They leave nothing to be desired, except more of the same. It really is probably something I could eat day in and day out, sort of like anything and everything with chocolate and peanut butter, without getting sick of it.

I’ve practically tried it since everyday I’ve been home I’ve made a version of one thing or another.

Miracles have happened too because Eddie’s even been convinced of this fabulous combo and has eaten a meatless meal of the same flavors with a pumpkin ravioli that I find at Delallo’s. THAT’s when you know something is good. I get hesitant to share something else – AGAIN – with these flavors that I love so much, but we eat so seasonally and then tends to be how I cook too. While what it on the blog is never a reflection of how we eat DAILY, it totally is a reflection of what we eat. It feels slightly repetitive at times, like why can’t I just make something NEW, but then I decided that squash in cheese crust IS different than squash in creamy pasta. I haven’t done it before or even eaten it before, but determined that cheese crusted squash had to be done.

And then I even thought… that this could be a Thanksgiving dish. Not in my family, they would flip the heck out. But in normal families, who like to try new things on traditional holidays. Know what? I had to make this galette THREE times, which you will see evidence of in my recipe disasters of 2014 in a mere two months or so. Three times in the same day, aside from retesting it on another day, Oye. I can’t even tell you what I did to this dough the first time around. I still am atrociously terrible at making pie crusts.

Thank you, lack of patience.

But the thing is that I really LOVE galettes. Therefore, I want to eat them. I don’t generally go nutso over pastries or things with pie crust. I do tend to be more into savory versions, clearly with tons of cheese because I’m incredibly predictable. (Side note: perhaps I’m just preparing for the possibility of needing to give up dairy while nursing a new baby if they have a reaction to it? I have lots of friends that have dealt with this. Maybe that’s why I’m subconsciously feed me ALL THE CHEESE.] So apparently the only way to eat what you love constantly is to make it and make it good.  And I guess I have a thing for galettes with orange produce, which sure, are delicious, but is by far the worst color to photograph in my opinion. It just always looks so… orange. Because it is. It makes me think of Doritos or Cheetos orange.

FYI: this is so much better than those. 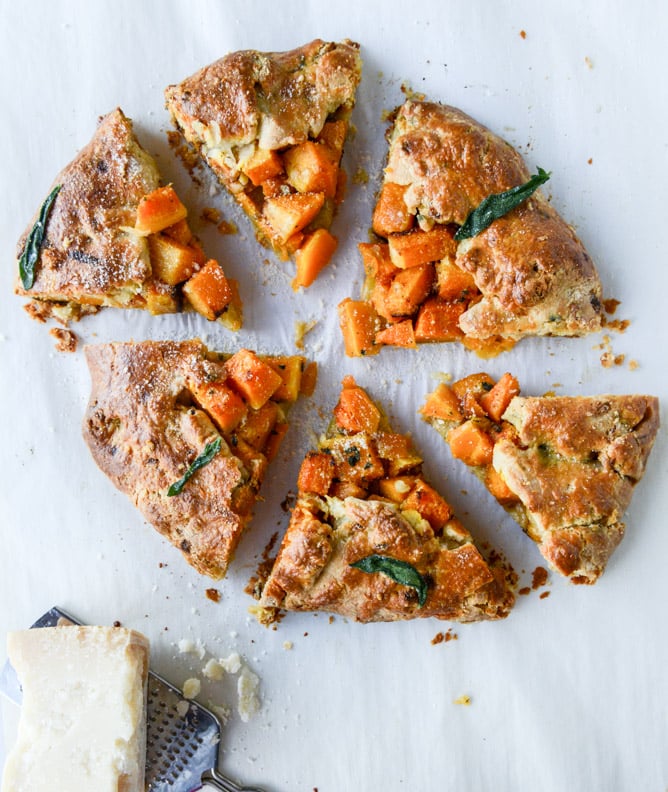 this way you really CAN eat pie for breakfast.