If you even knew.

No really. If you even knew just HOW many screwy things happened in my kitchen year after year, you would probably die.

Another year… another whole batch of recipe disasters! I can’t believe this is the fifth year that I’m sharing my many mess-ups in the kitchen, but at the same time, this isn’t even half of it.

To be fair, this year wasn’t quite as terrible as 2012 or 2013, the years when I was full-on cookbook recipe testing and destroying multiple recipes per week. I don’t know why my brain thinks certain things will work sometimes.

If you need something to make you feel better about yourself:

While the fails this year didn’t match the quantity of previous years, the level of the fails did and I can only chock that up to one thing: being knocked up and thinking that weird stuff tasted great together.

First up, things I destroy in my kitchen on the reg: muffins and cupcakes. Cookies. Basically anything that needs BAKED – because I think I’m smart enough to do it without a recipe the first time. (spoiler alert: I’m not.) I also put a lot of crap on toast. Sometimes it works, other times it doesn’t.

Here are the highlights!

One day… while I pregnant (obviously… ) I decided that bacon and butternut squash and eggs should go together on toast. It wasn’t exactly, um, TERRIBLE, but it wasn’t excellent either. And it looks pretty atrocious, so yeah. There’s that. This is not something I’ll be revisiting any time soon – must have been all those wacky hormones.

Remember when I made this awesome whole wheat banana bread snack cake? I attempted to do the same with apple cider and apples… which are nothing like bananas. Duh. This was BAD. The flavor was bad. The texture was lacking. The whole thing was a mess. Why did I even photograph it? Because I enjoy torturing myself.

Um, I don’t really know what to say about this one, besides I swear that I wasn’t trying to make a meatloaf-looking ice cream log. This was some attempt at a healthier frozen dessert with peanut butter, banana and chocolate and not only was it hideous, it had ZERO flavor.

I tried to stuff a chicken with quinoa before roasting it and then stuck herbs in inappropriate places. 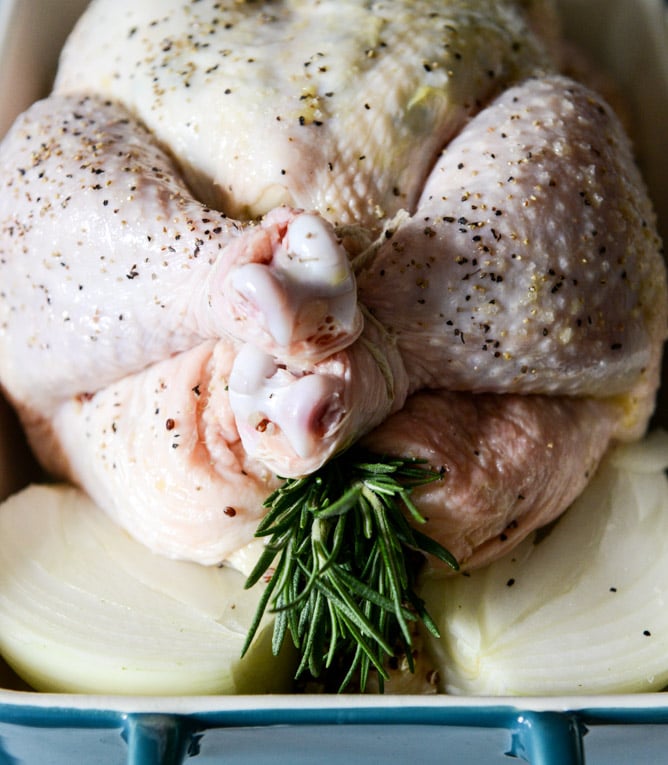 Ugh. The peanut butter blondie layer totally SUCKED – it was dry and burnt and I tried three times to get exactly what I wanted with no luck. Some things are better left spread inside of a graham cracker.

What these little strawberry galettes gave us in pretty presentation, they completely lacked in flavor. It was a lovely combo of soggy pie crust, watery, flavorless strawberries and the saddest chocolate ganache ever. No go.

A few weeks ago, in an attempt to have some holiday cookies ready to go, I tried four times to get these chewy vanilla spice cookies just right. Perhaps my saddest failure this year were these not-so-lovely but insanely delicious bacon wrapped nutella brownies. I’ve wanted to make them since my friend Nick from DeLallo’s told me about them, but I have yet to nail the perfect presentation. Well, and the perfect brownie in a muffin tin. Oye. Let’s not talk about what that really looks like.

These are definitely happening, and you’ll be the first to know about it as soon as they no longer resemble road kill.

So yeah, that’s that. Tons of other things happened too – ones I forgot to document, ones that left me covered in food and made it impossible to document, ones that happened in public, like the time I burnt oven fries to a blackened crisp in a cooking class and almost caught the blender on fire. I gotta admit though: it’s totally fun and I almost always learn something. Huh. Guess that really works.

Thank you for indulging me in my many disasters but also – some of my most favorite recipes. You guys are my lifeline.